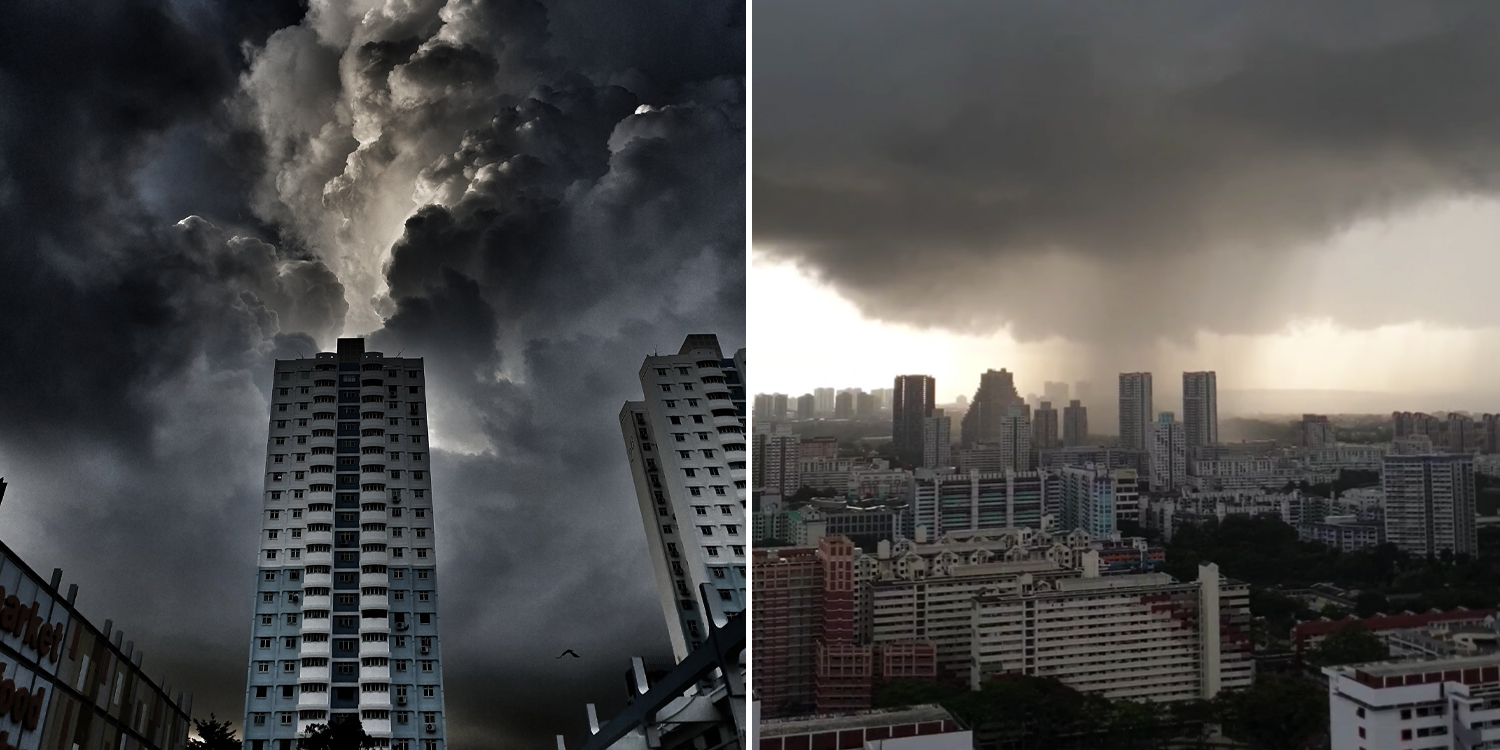 A double rainbow was spotted after the passing rain.

Many of us might have had trouble getting out of bed this Monday (5 Jul) morning as ominous clouds hung low over Singapore.

Storm clouds threatened to rain down and cast the city in darkness. 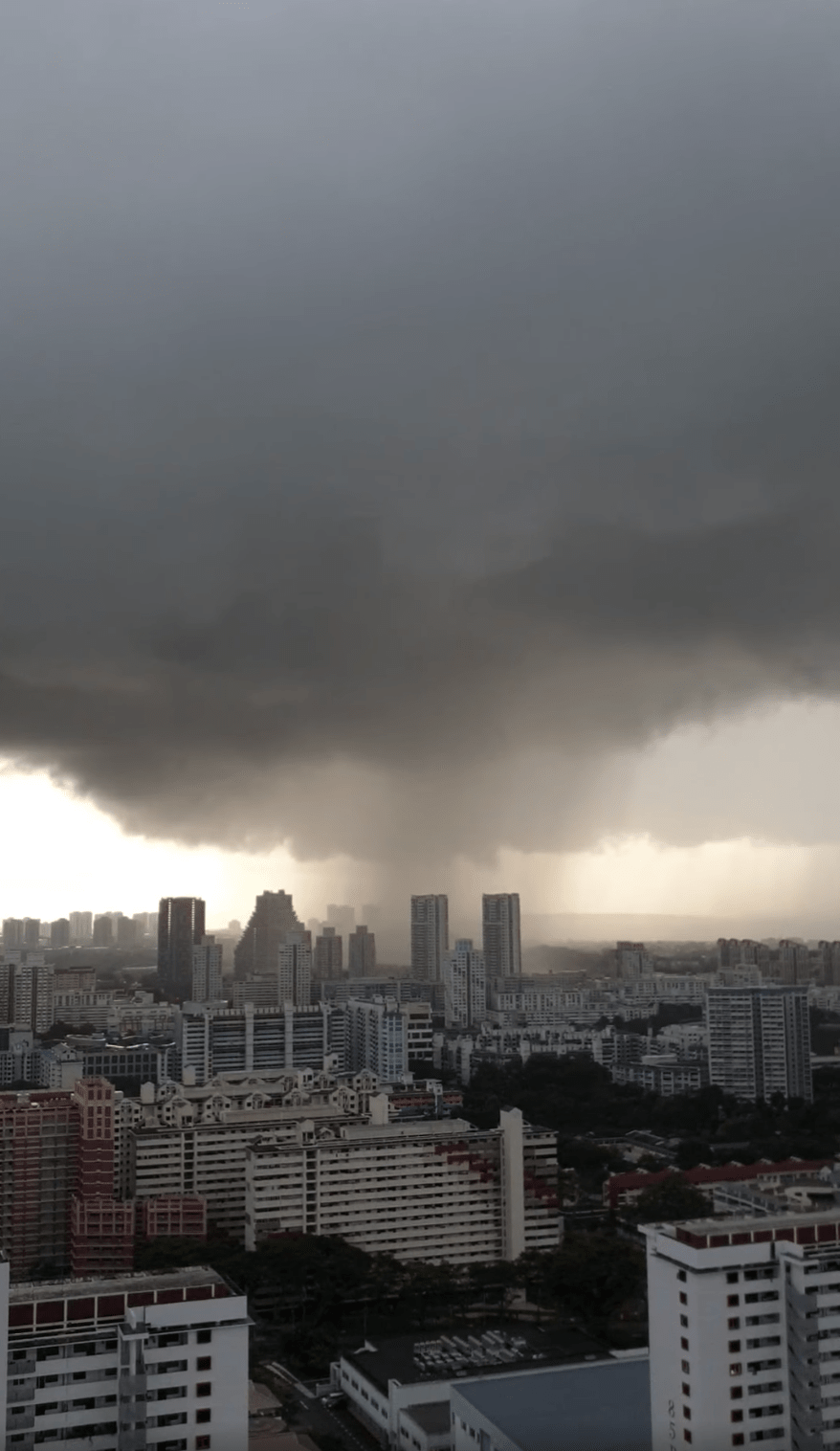 At one point, the scene before netizens was so ominous it reminded them of comic book superhero Batman’s dark place of residence, Gotham City.

Dark clouds over Singapore on 5 Jul

On Monday (5 Jul), some early birds, undaunted by the menacing clouds, managed to capture stunning pictures of the dark clouds hovering above Singapore.

One woman managed to get this photo of some remarkably dark clouds over a HDB building. With a ray of sunlight peeking through the clouds right above the building, it made the shot dramatically ominous, much like a scene right out of a horror film.

One can almost imagine Batman standing on top of the block, gazing down at the city.

Even in the heartlands at Bishan, a blanket of rain clouds hung low over the area, obscuring the sunrise in the horizon. 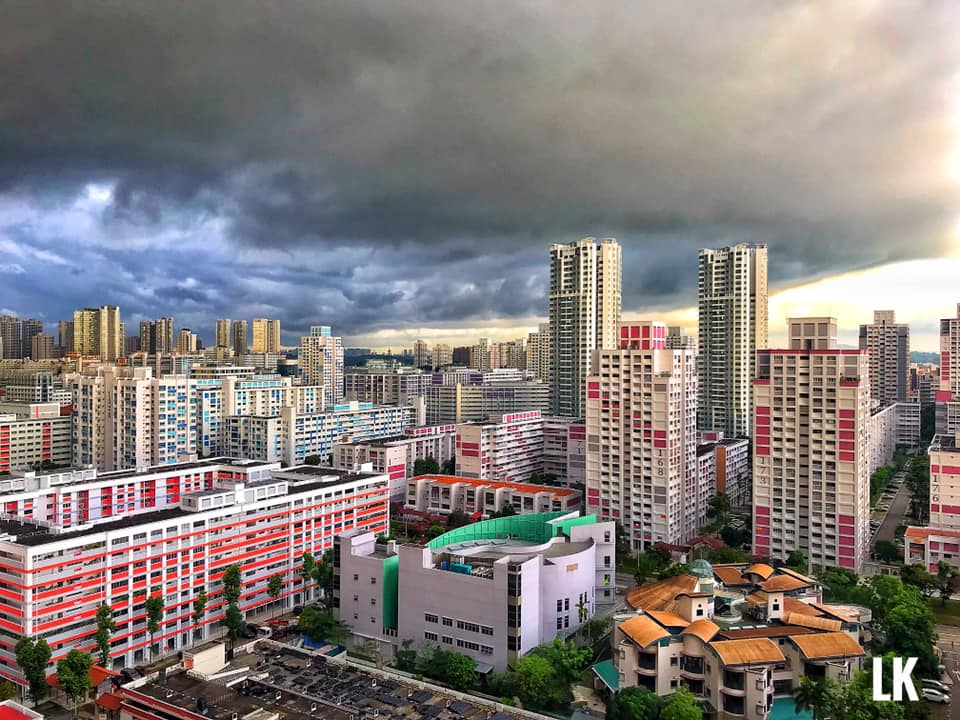 Seeing our usually bright and sunny Singapore shrouded in darkness, netizens said that it gave off Gotham City vibes.

One netizen even commented that it looks as if Batman might just make an appearance soon.

Soon after the dark rain clouds settled over our island city, a storm passed through.

A man even managed to capture the passing rain making its way across what appeared to be the Bishan estate on video.

As it rained, another netizen even managed to catch the rare phenomenon of a waterspout at the base of the black clouds in the Marina Bay area. 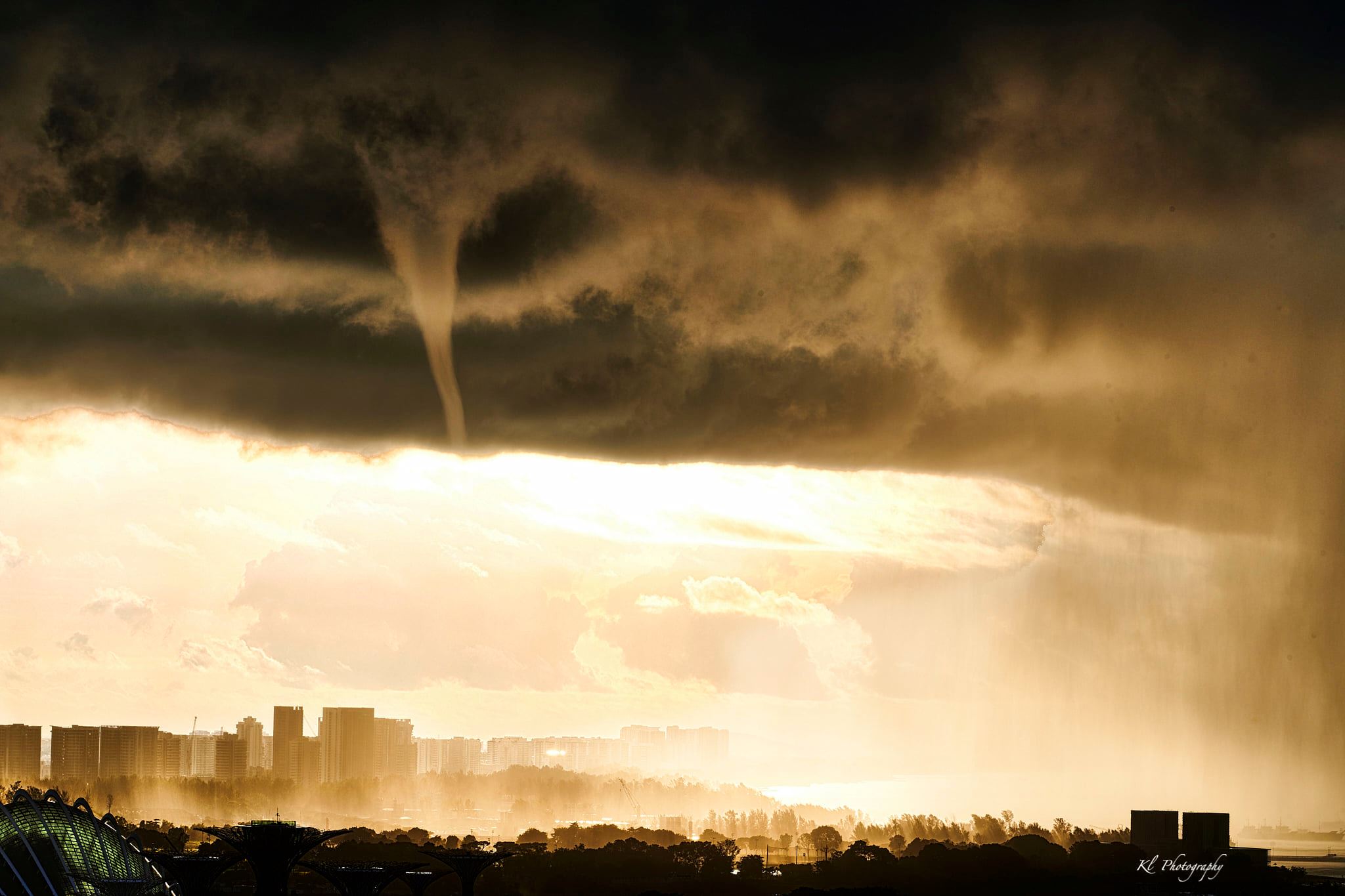 Typically, waterspouts are formed when columns of water are sucked to the base of clouds during thunderstorms.

When the passing rain gradually cleared, one netizen was even treated to the amazing sight of a double rainbow right outside her window at Dakota.

Seeing the rainbows stretch across the dark sky as sunlight breaks through is certainly the perfect way to put an end to a dark and gloomy morning.

Downcast skies might put us in a gloomier mood than most days but they definitely carry an intriguing mystique.

Not to mention that they also bring with them cool aircon weather to start our day, a silver lining we certainly appreciate.

According to Meteorological Service Singapore, temperatures reached as low as 22.6°C at Choa Chu Kang this sleepy Monday morning.

We can look forward to more chill in the days to come as Singapore is expected to be graced by thundery showers for the first half of Jul.