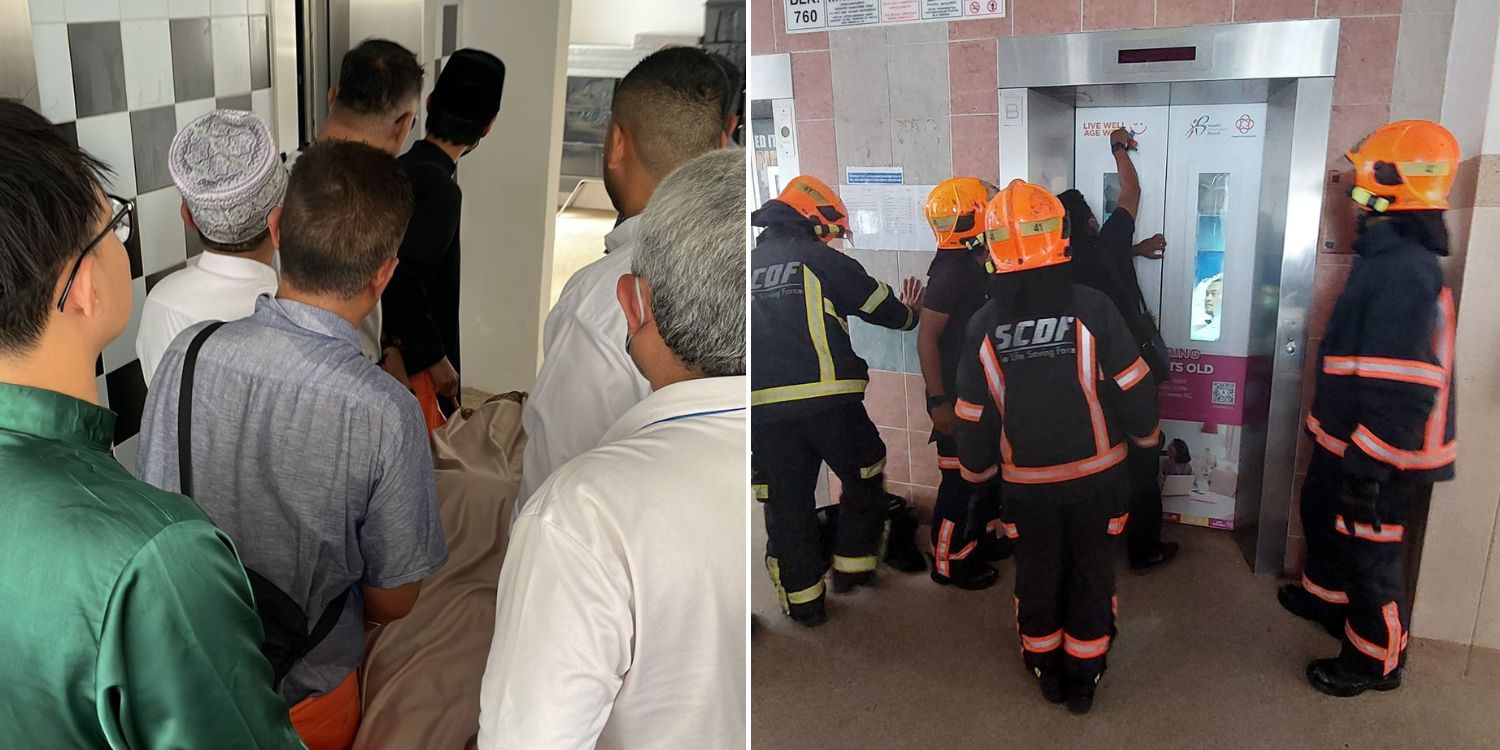 Residents have allegedly long complained of the faulty lift.

As far as funeral processions go, the bereaved would understandably prefer if everything goes without a hitch.

However, that is not always the case, as this family experienced a huge hurdle when sending off their loved one in Jurong.

Six people who were carrying a deceased person were trapped in a lift at Blk 760 Jurong West St 74.

Trapped for 50 minutes, Singapore Civil Defence Force (SCDF) personnel eventually came to their aid and rescued the group of people.

On Wednesday (4 Oct), a Facebook user shared pictures of the incident in a post that has since garnered over 800 shares.

The pictures show a group of presumably Muslim men carrying the body of a deceased person toward a lift. 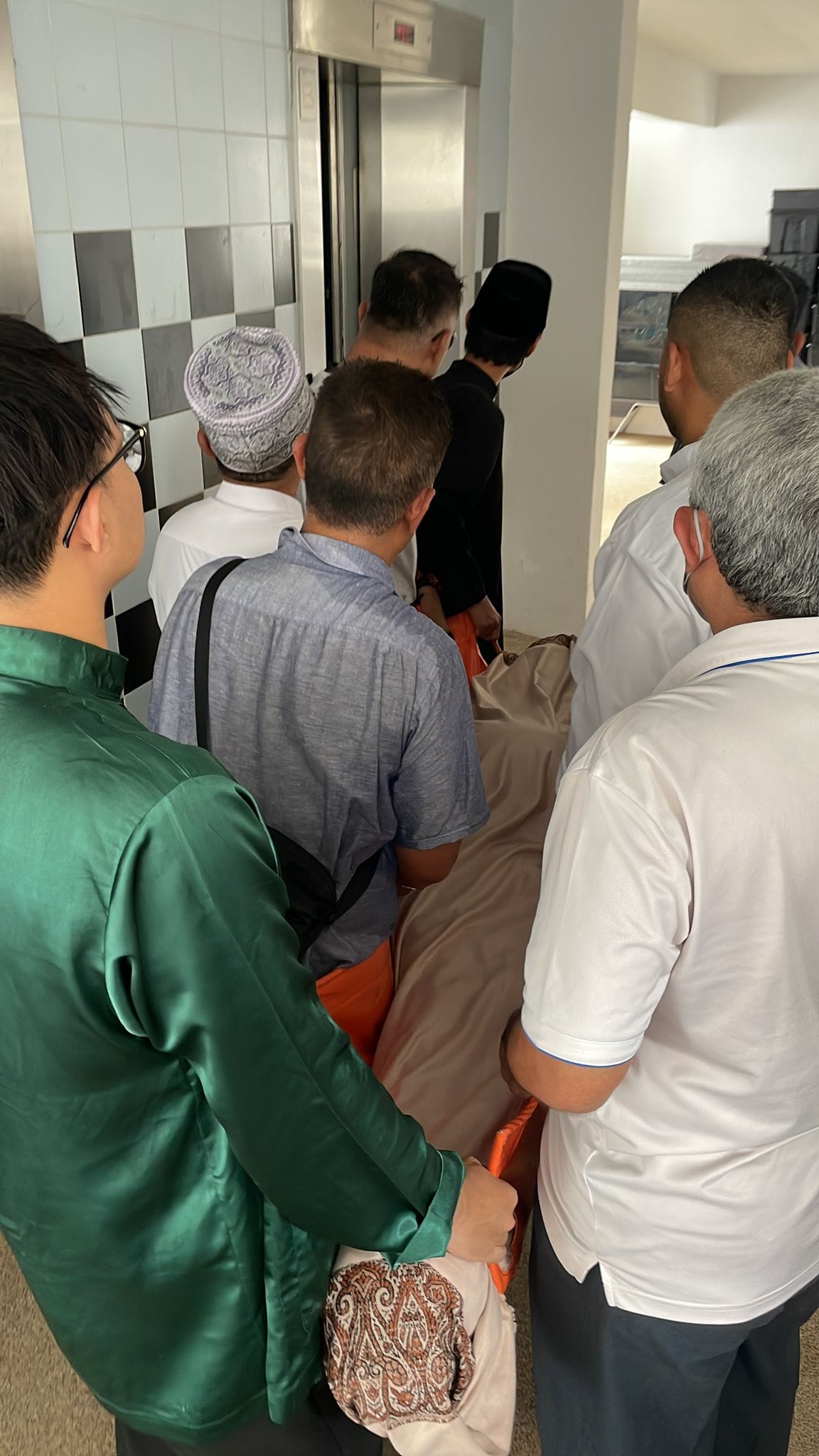 The next photo shows the same group cramped within the confines of the lift with the deceased body. One of the men even attempted to pry open the lift doors with an umbrella, with relative success. 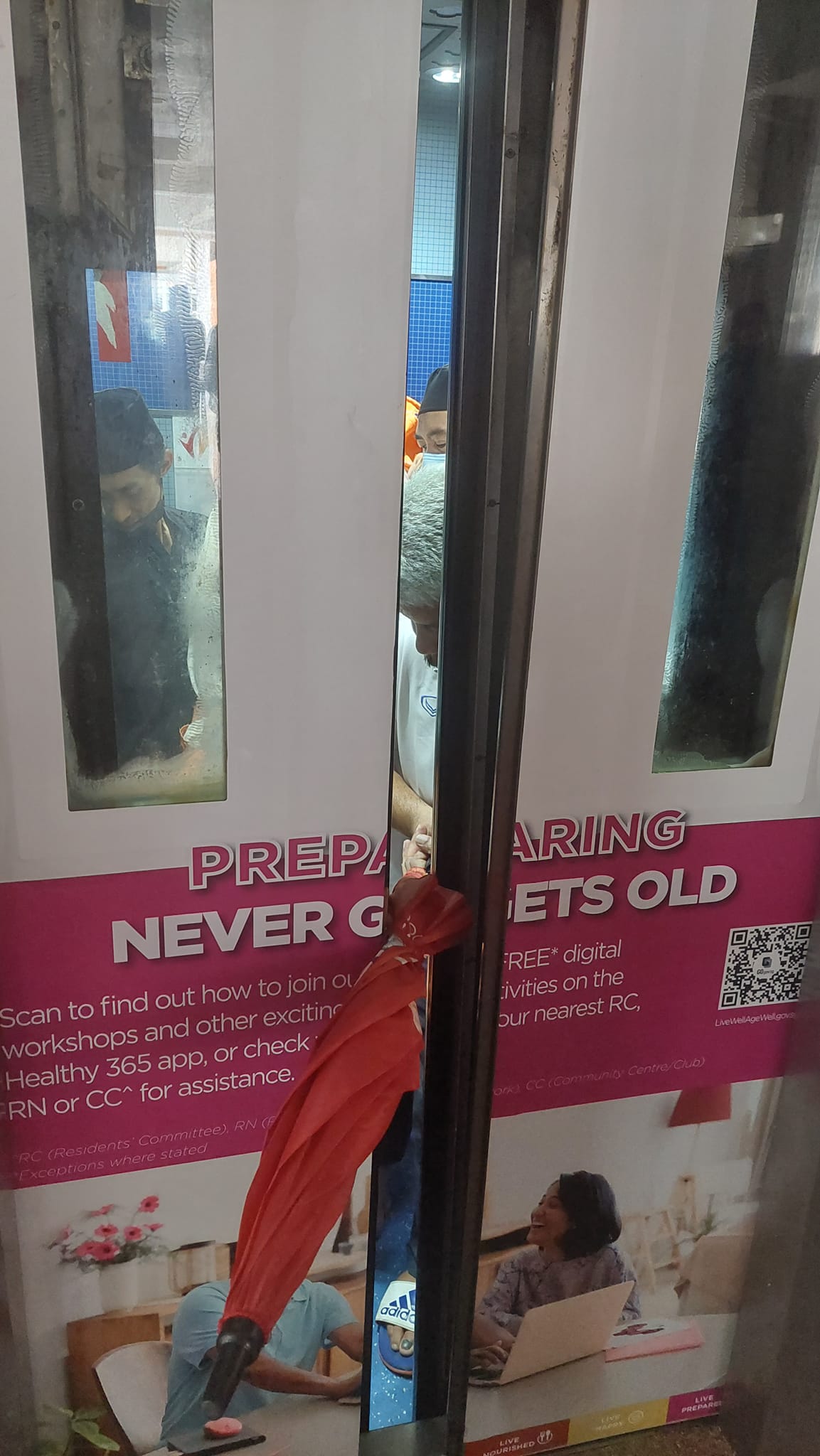 SCDF personnel crowd the lift entrance on an unspecified floor in the last two photos. The men trapped in the lift were also seemingly in between floors. 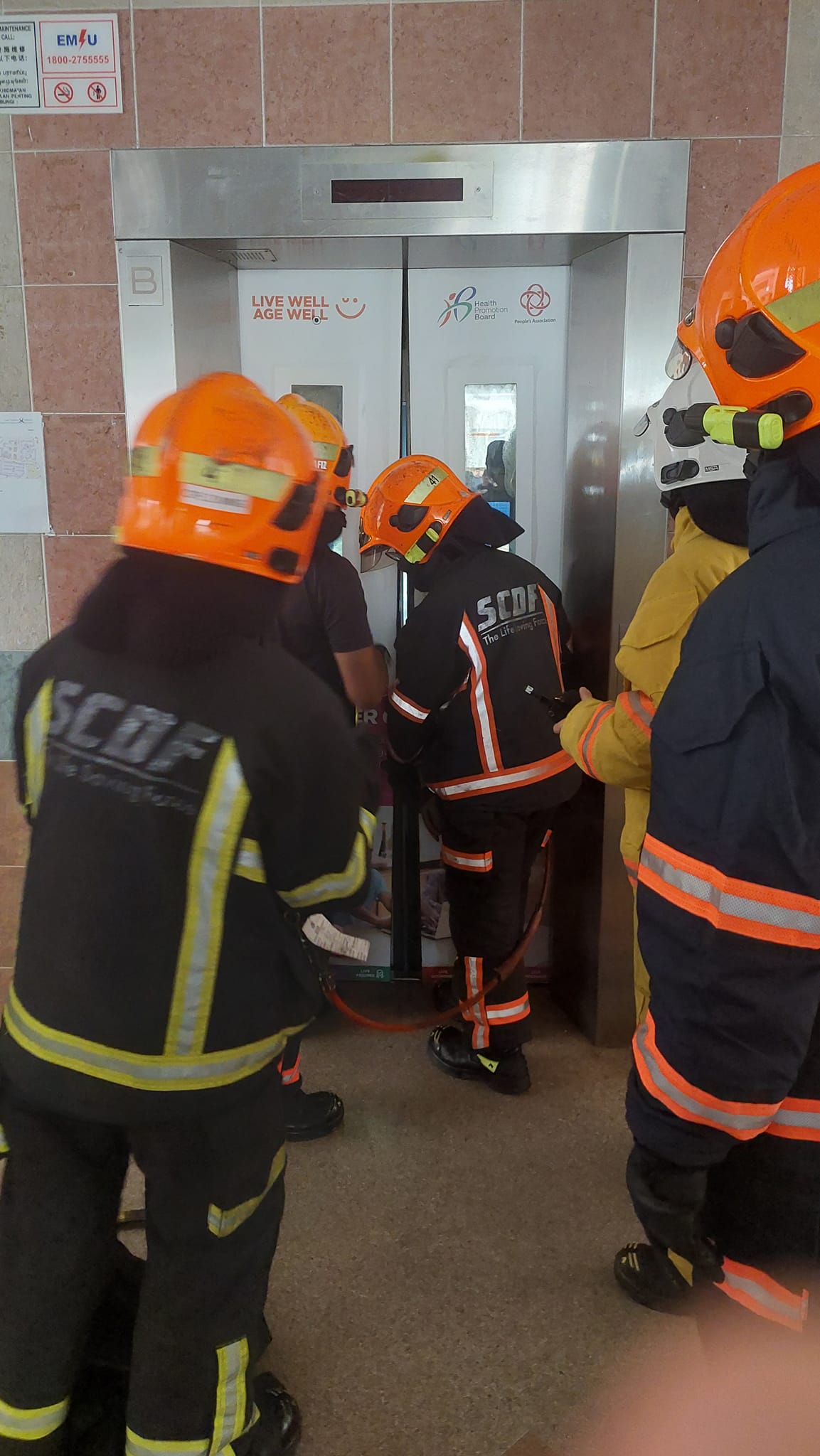 In one of the photos, a lift maintenance personnel seems to be unlocking one of the lift doors with a set of keys as SCDF officers watch on. 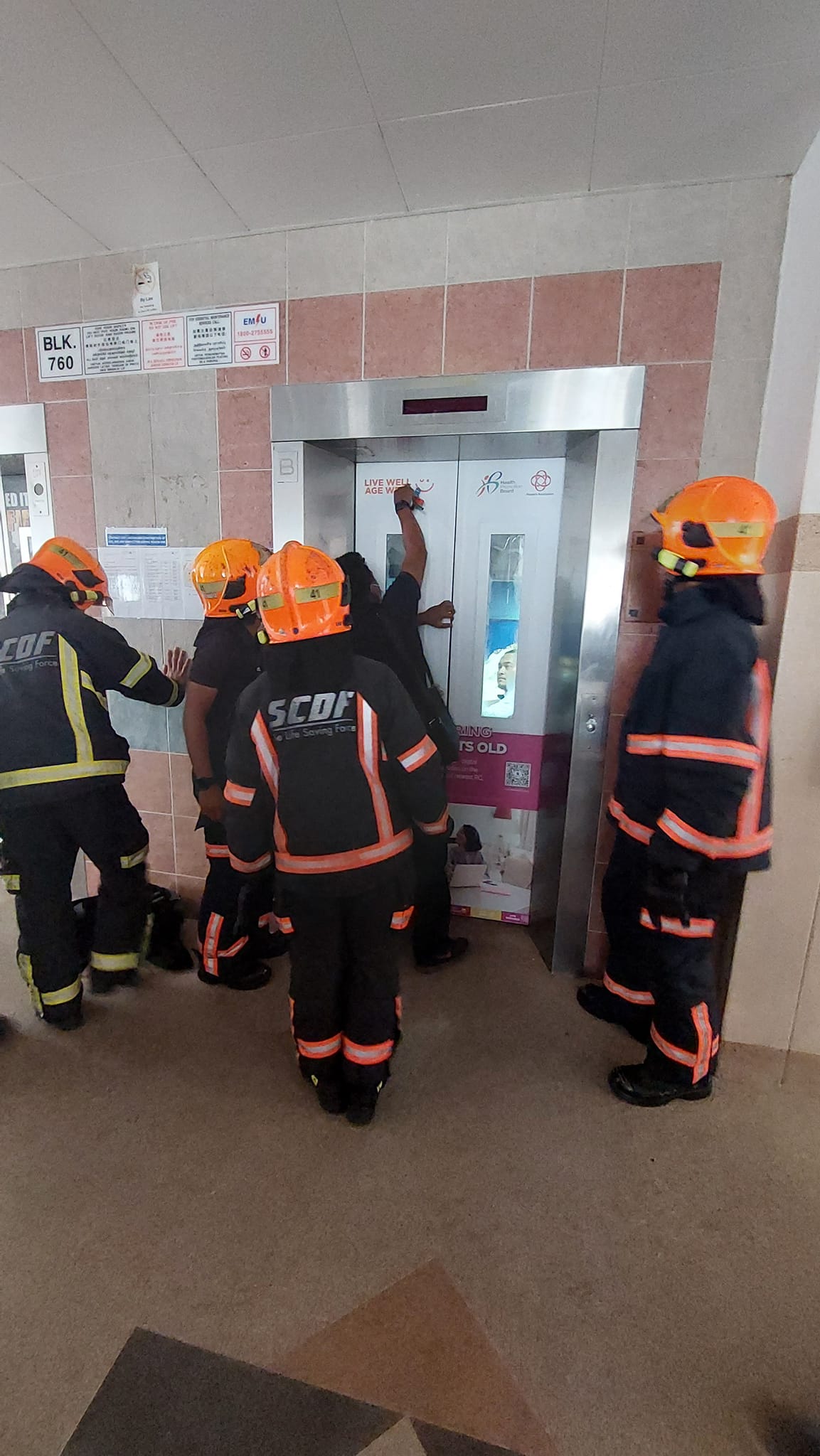 According to the OP, a total of five lift technicians and a team from SCDF were called in to rescue the trapped men.

This is not the first time the lift has encountered problems if comments from Facebook users are anything to go by.

Quoting a resident there, this commenter says that folks have long complained about the faulty lifts, even escalating the issue to their Town Council. 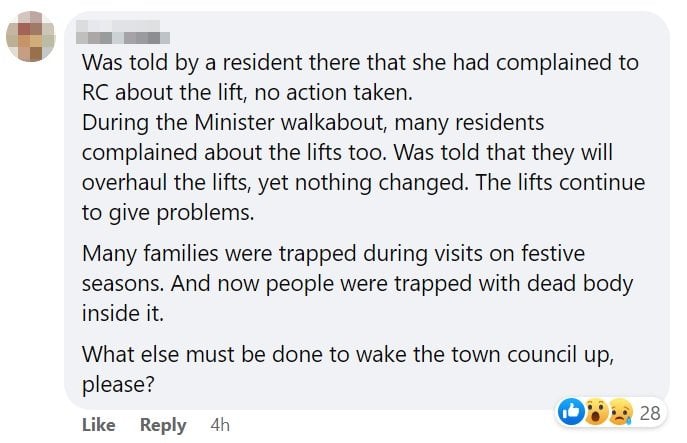 However, the issue seems to persist, with families often getting trapped in the lift during festive seasons.

Although unconfirmed, this comment rubbished the idea of transporting the deceased body by stairs as the home was on the 11th floor.

If that is indeed the case, it is understandable why they’d need to squeeze into the lift.

Nonetheless, we’re glad that help came promptly and hope the rest of the funeral proceedings were able to continue smoothly.

MS News has contacted the relevant Town Council for comment on the matter and will update the article accordingly.