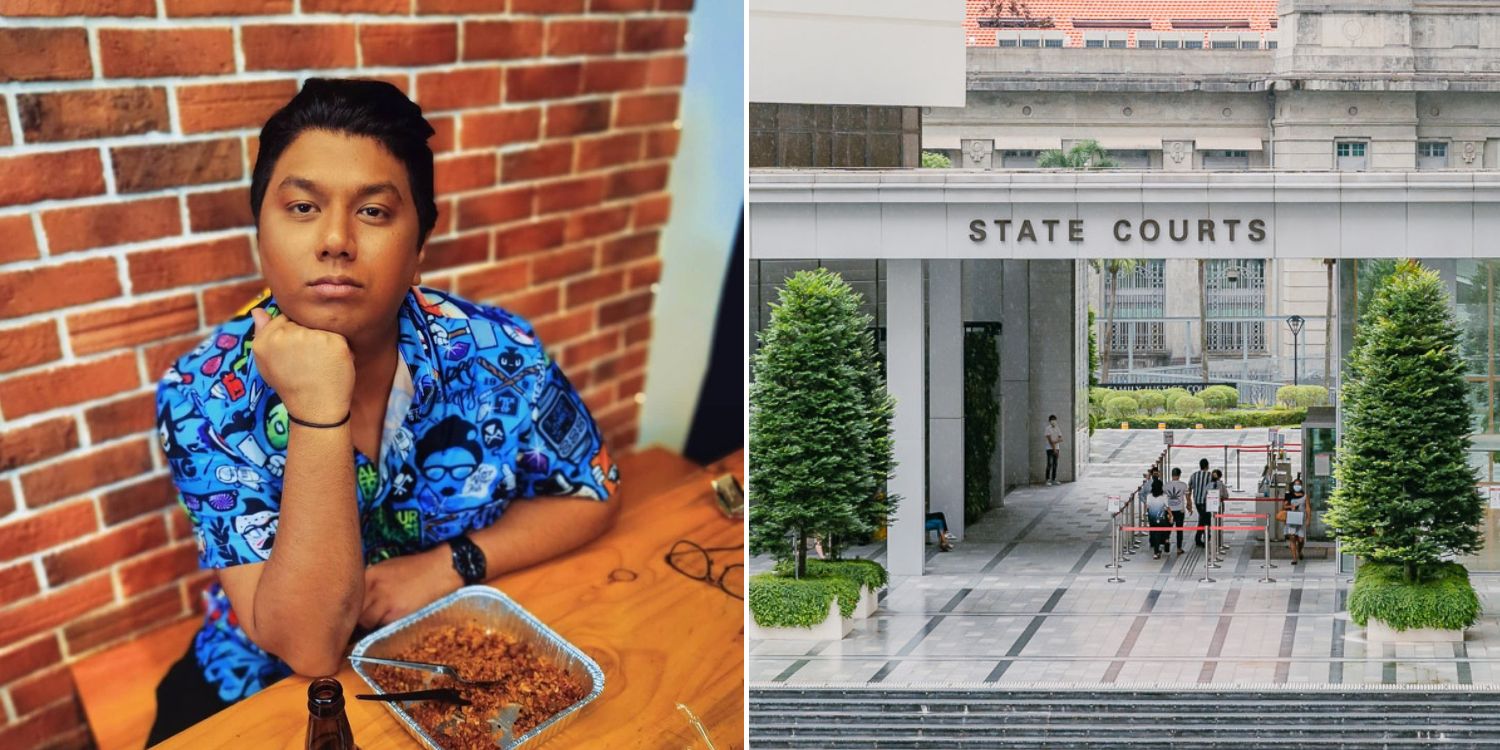 Prosecution contested that he was remorseful about his actions.

Once a prominent DJ and YouTuber, Dee Kosh’s reputation has been marred by allegations of paid sexual services and sexual harassment claims.

The defence, however, pleaded for a lighter sentence, claiming that Dee Kosh was remorseful and had low prospects of re-offending, reported The Straits Times (ST).

She said Kosh’s offences were “highly premeditated”, with him seeking and propositioning the minors despite knowing their age.

Ms Lim pointed out that the ex-DJ had capitalised on his celebrity status and used money to entice victims.

In addition, she highlighted a video Kosh posted in January concerning the case.

The prosecution said this was sub judice conduct — the case was still under consideration and he was not supposed to be discussing it. The video has since been taken down. 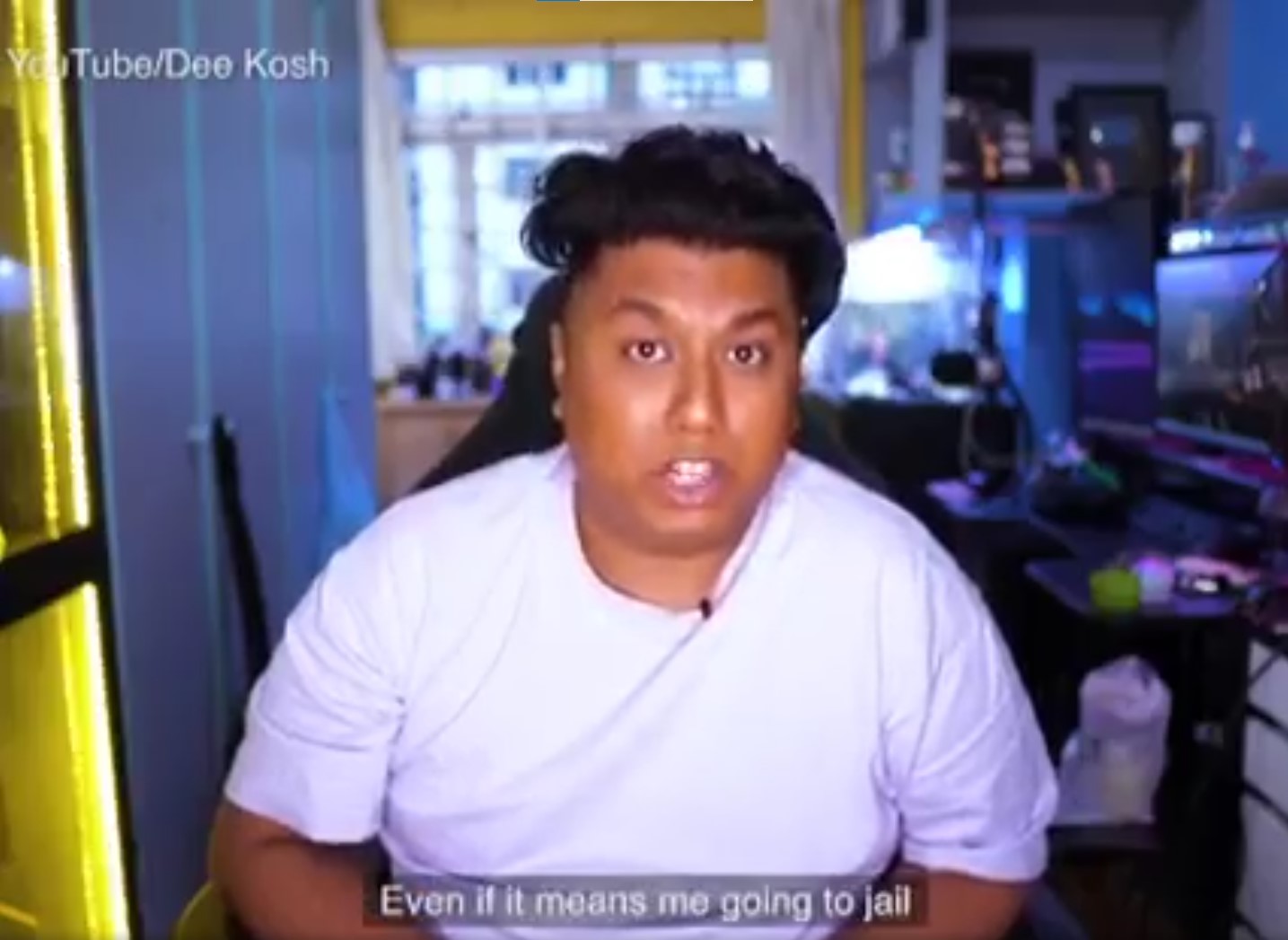 Ms Lim said Kosh was misleading the public and lightening his offences by claiming he did not know the victims’ ages.

She contended that Kosh was not remorseful about his offences and even described him as a “seasoned criminal”.

However, the defence sought a lighter sentence, asserting that Kosh’s video only addressed news reports and “false rumours” about the case.

Referencing parts of the video in which Kosh said he made “terrible mistakes”, Mr Johannes Hadi – Kosh’s lawyer – argued that his client was remorseful.

Mr Hadi also cited Kosh’s psychiatric reports which showed he was remorseful and had low prospects of re-offending, reported ST.

In light of these factors, Mr Hadi proposed a shorter sentence of two and a half months’ jail.

Back in May, Kosh admitted to soliciting paid sexual services from three victims between 2017 and 2020, reported Channel NewsAsia (CNA).

Two victims were underaged. The third victim, aged 23 to 25 at the time, was secretly filmed by Kosh when they were having sex.

Kosh pleaded guilty to one charge each of the following:

Four other charges will be taken into consideration during his sentencing on Friday (5 Aug).

Previously, the court heard that Kosh had used his Instagram account to message his first underaged victim in Mar 2018.

Even though the victim apparently told Kosh that he was under 16, the former DJ asked to move their conversation to a Telegram “secret chat” where messages will be automatically deleted.

There, Kosh offered him between S$100 and S$250 in exchange for sexual services.

He was reportedly persistent with his advances. However, the victim eventually stopped talking to him in Jun 2018.

Kosh’s second victim was someone he met outside Takashimaya during a shoot in Feb 2017.

After the shoot, he approached him through social media and they communicated over WhatsApp.

Kosh knew the victim was under 18 and suggested he worked for him so he can learn about production work.

Kosh subsequently initiated a “question game” where he asked the victim questions of a sexual nature.

They moved the chat to Snapchat where Kosh asked the victim what it would take for him to let Kosh perform a sexual act on him.

The former DJ initially offered the victim S$400, but eventually increased it to S$2,000 — the victim reportedly declined the offer.

Kosh followed his third victim’s social media in 2016 and they begin chatting.

The victim was then invited to Kosh’s home. He accepted the invitation, thinking it might grant him a job opportunity at Kosh’s production company.

There, they chatted before heading into the bedroom where Kosh performed a sexual act on him.

The victim continued to visit Kosh’s house, engaging in paid and unpaid sexual acts from 2016 to 2020.

On one of these occasions, Kosh reportedly used a hidden camera to film them having sex without the victim’s knowledge or consent.

For attempted sexual exploitation of a young person, Kosh faces up to five years’ jail, a fine of up to S$10,000, or both.

He also faces up to two years’ jail and a fine for communicating for the purpose of obtaining sexual services of a minor.

The allegations against Dee Kosh are grave and unbecoming of anyone, let alone a public figure with such a large following.

As his sentencing date draws closer, we hope his victims will eventually find closure to this unfortunate saga.