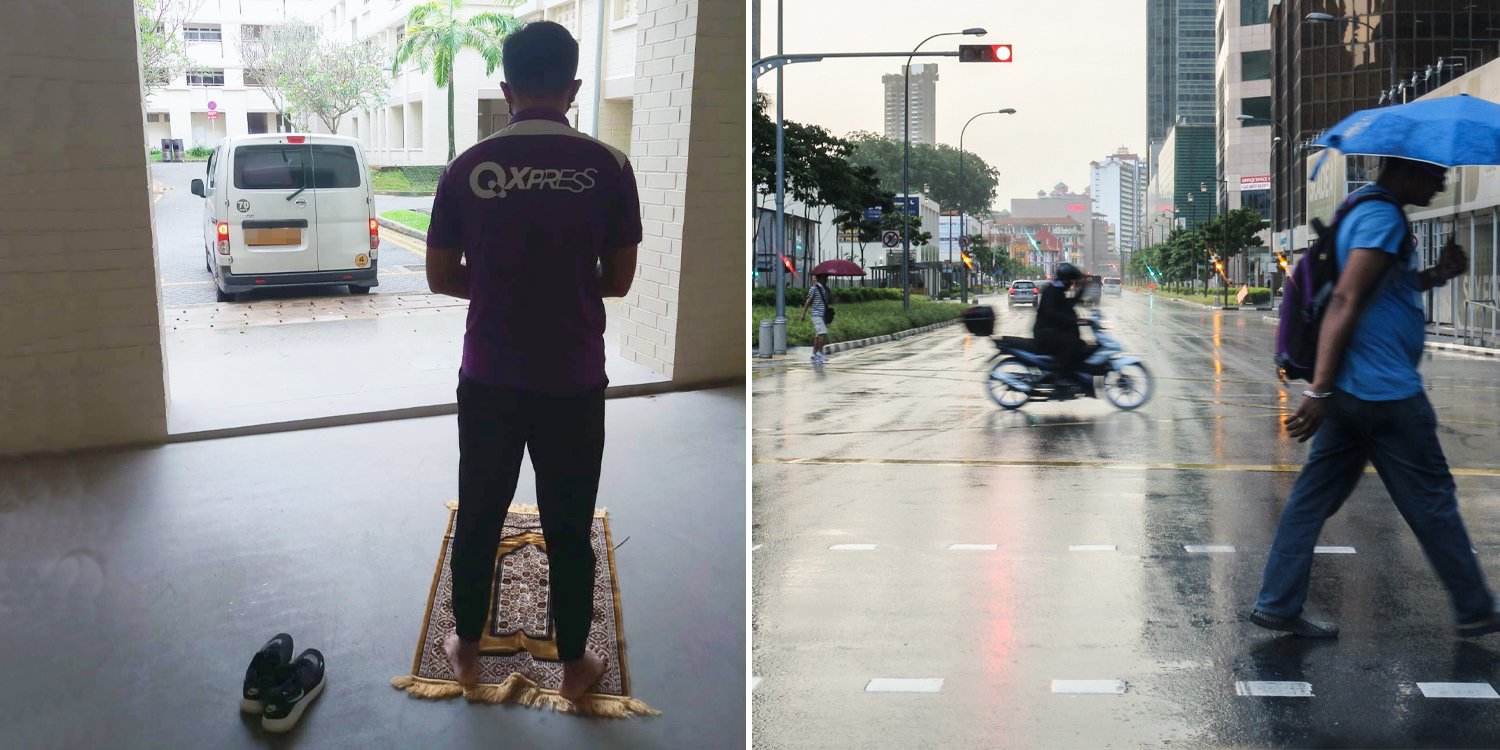 Over the weekend, Singapore was once again blanketed with a torrential rainfall.

While this will nudge many of us further into the comfort of our beds, some of us were out and about working.

On Sunday (10 Jan), a Pasir Ris resident took to Facebook to share about a heartwarming sight she witnessed on the cold rainy afternoon. 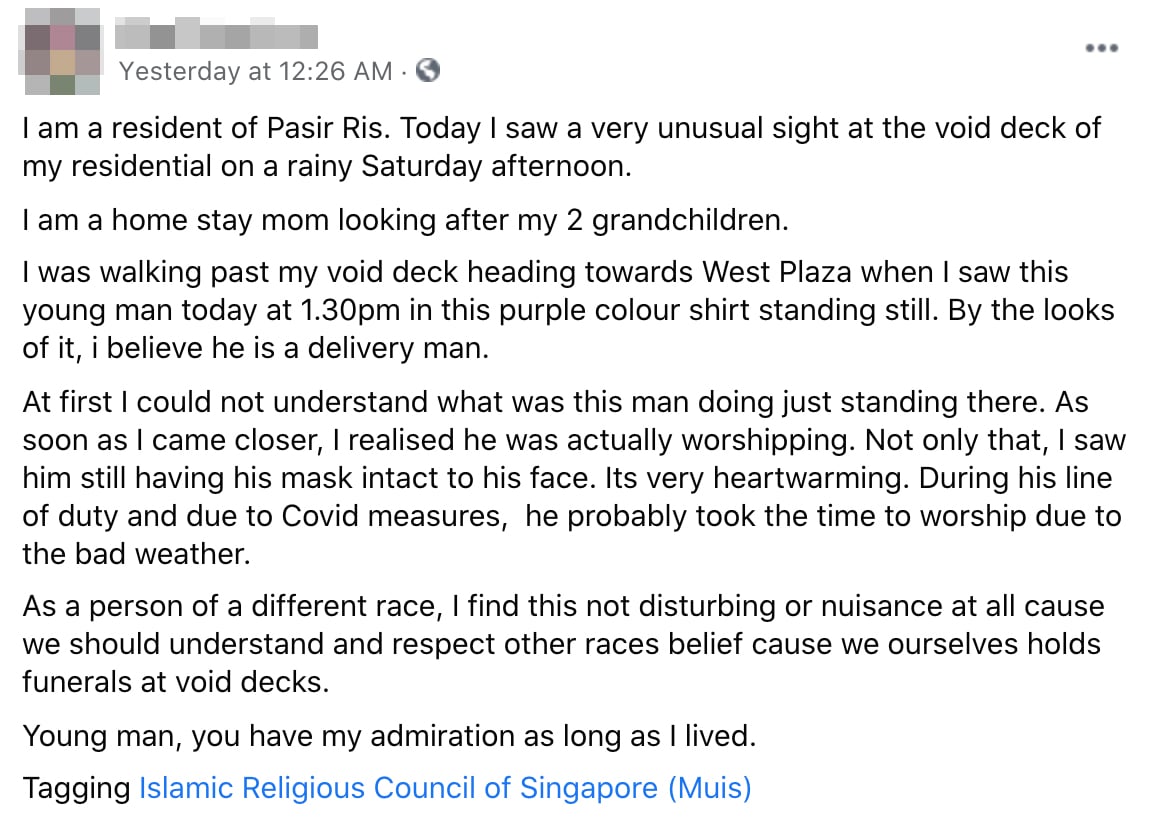 As the netizen was walking by her void deck, she took notice of a young deliveryman praying, even amidst the bad weather. 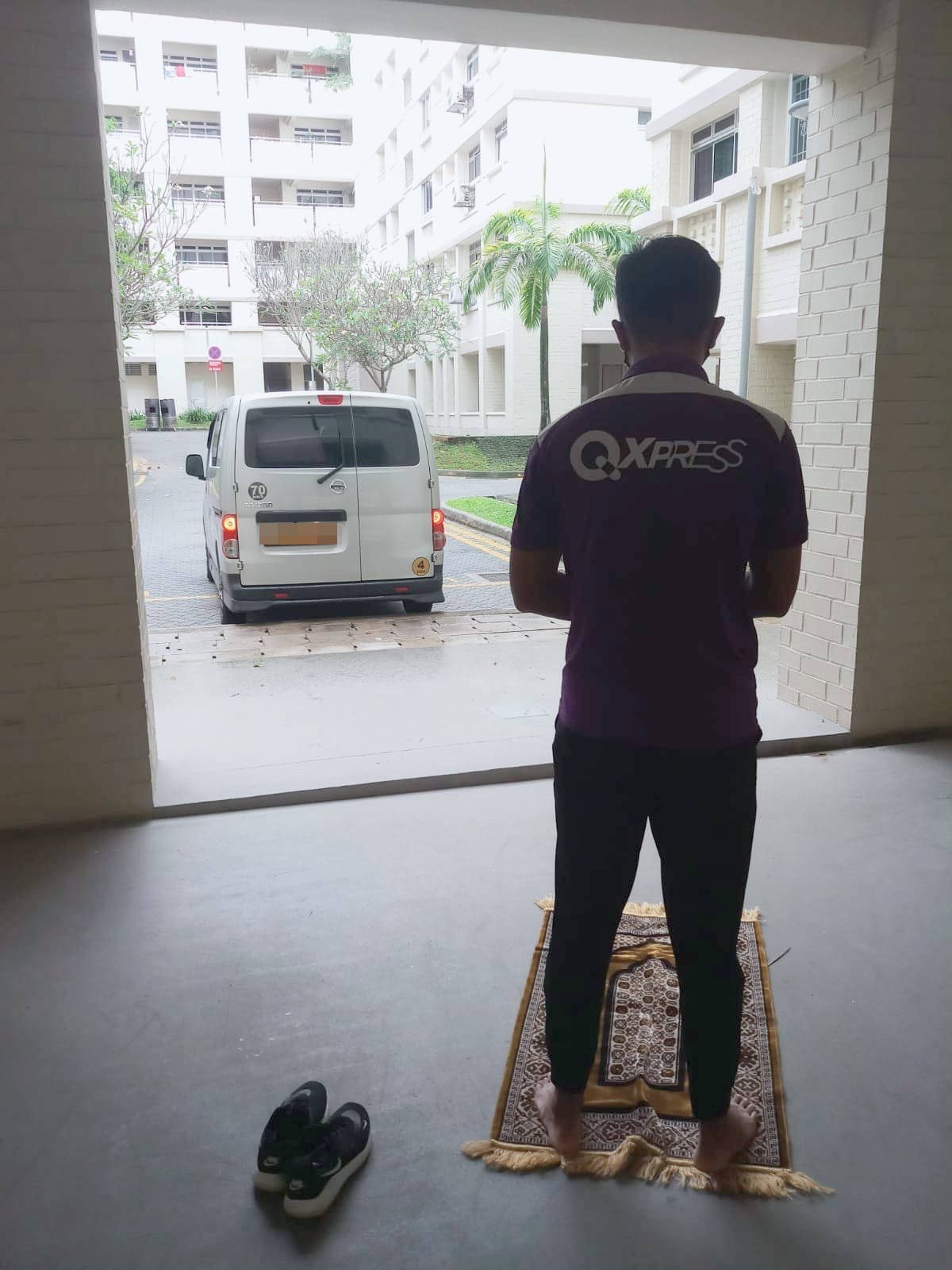 The scene touched many netizens, who praised both the man for his devotion and the netizen for her understanding.

Deliveryman prays at void deck with mask on

A Pasir Ris resident was walking at her void deck on a rainy Saturday afternoon when she caught an “unusual sight” of a man standing still, unmoving at the void deck.

When she got closer, she realised it was a young deliveryman decked in a purple uniform.

She also found out that he was actually praying.

Complete with a prayer mat and with his mask still on, he stood in silent prayer as the rain poured down outside.

Finding a conducive space to have a quiet moment and pray can be a challenge in Singapore, especially in the middle of a work day.

Watching the man pray, the resident’s heart was warmed.

For her, the fact that he was praying at a void deck made it all the more special. 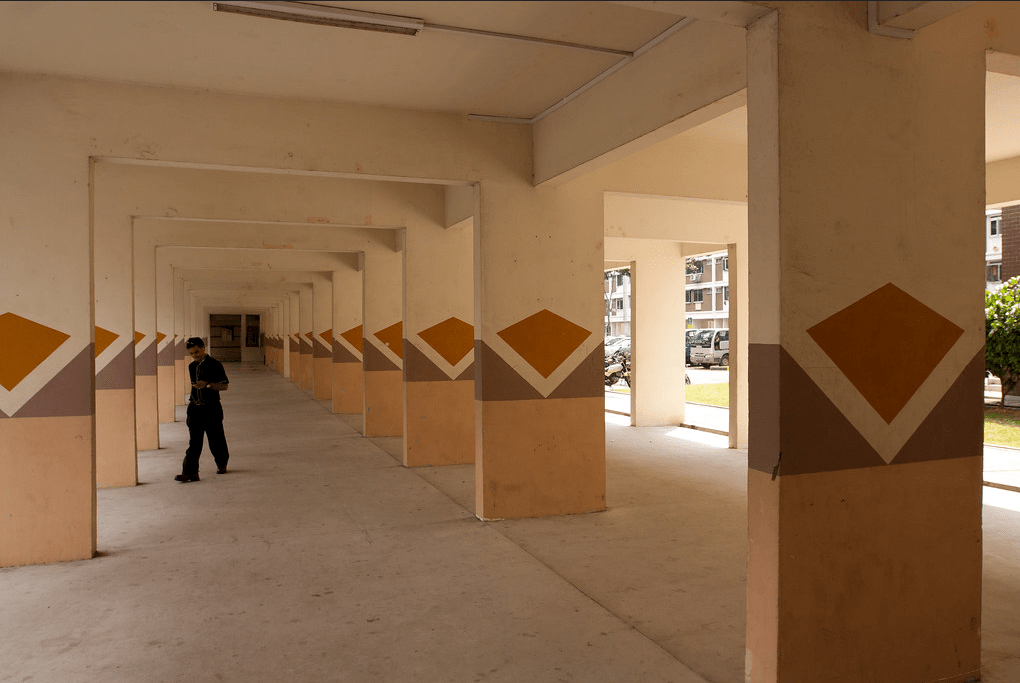 This public space is where different races hold events like weddings and funerals, and displays Singapore’s quintessentially multi-racial society and the respect we hold for other races.

Young man, you have my admiration as long as I lived.

Many netizens found the sight of the man praying a heartwarming one and the Facebook post went viral, garnering over 4,300 shares at the time of writing.

One netizen thanked the resident for her understanding, especially in the time of a pandemic where devotees need to register to enter a mosque and it might not be able to accommodate them.

She continued that such understanding is important in a multicultural society like ours.

Another netizen shares that it was heartening to hear the point of view from someone of a different race.

This netizen even suggested that the government can consider building prayer kiosks around Singapore.

This way, Muslims, especially those whose work requires them to travel around Singapore, can also pray in a conducive environment.

Kudos to the resident for her understanding and sharing the importance of mutual respect amongst Singaporeans.

It’s a simple example, but such incidents truly show that despite our different beliefs and practices, we are all Singaporeans living and sharing our space together

We must treasure this mutual understanding, as it’s not something we can find just anywhere around the world.