A kind rescuer is appealing for donations to foot her medical bill.

Homeless Caretaker Of Bras Basah Cat Passed Away In June

Everyone has a different way of coping with a loss. Some may take their time to come to terms with it, while others turn inwards and hide from the world.

The same can be said for animals and pets, like this black cat in Bras Basah. After spending years with her homeless caretaker, the cat named Xiao Hei is now alone and seen loitering around his makeshift tent after his untimely passing.

The cat now hides from the world, peeking behind potted plants and only eating if feeders leave food and clear water in the area.

In the latest update, vets are treating the feline for pancreatitis issues as she fights to regain her love for life.

On Tuesday (2 Aug), a woman called Amy Chew shared a lengthy Facebook post about Xiao Hei’s condition. According to her, Xiao Hei has been with her homeless caretaker since 2017, never far from his side.

The cat would often rest in his tent with him for days and respond favourably to pats from strangers.

Unfortunately, the homeless man passed away on 17 Jun after meeting an accident in Bugis.

While his unfortunate passing was communicated to those acquainted with the homeless man, the same can’t be said for Xiao Hei.

The feline was spotted lingering around his makeshift tent days after his passing, patiently waiting for the man’s return.

As the days went by, with the cat living off food from friendly feeders in the area, it seemed like she realised that her owner wasn’t ever going to return. 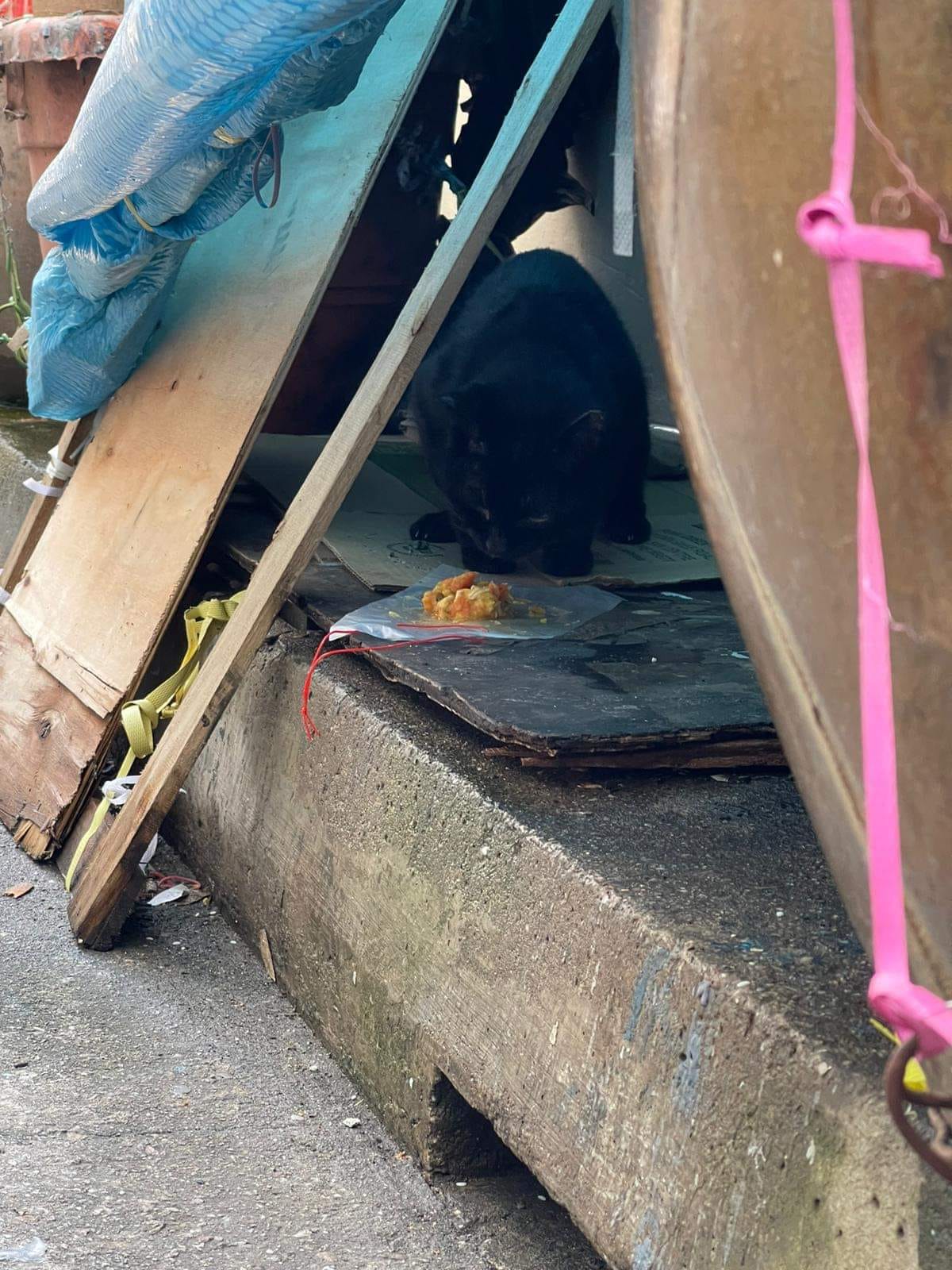 Hiding away from the public and only coming out in the dead of night for food, Ms Chew described the cat as depressed.

She presumed the cat had been feeling famished at night and living without proper care.

For Xiao Hei, her life had changed in a matter of days.

Xiao Hei is currently in good hands at Animal World Veterinary Clinic as it was discovered that she has kidney issues.

Even so, she struggles to respond to treatment and is still in a weak condition.

From the look of her teeth, the vets can tell that the cat is only five to six years old and has her whole life ahead of her.

As her vet bill won’t come cheap, Ms Chew called for donations to pay the cat’s medical fees and even offered to allow visitors to show it some love during this difficult time.

Those looking to make a nominal donation for Xiao Hei can contact Ms Chew here.

Hope Xiao Hei can get back on her feet soon

Although we can’t tell an animal’s feelings for sure, we can make deductions from observing their changes in behaviour.

For Xiao Hei to regress from an energetic neighbourhood cat to a moody one is a sad sight.

Hopefully, with some tender loving care, Xiao Hei can turn things around for the better.