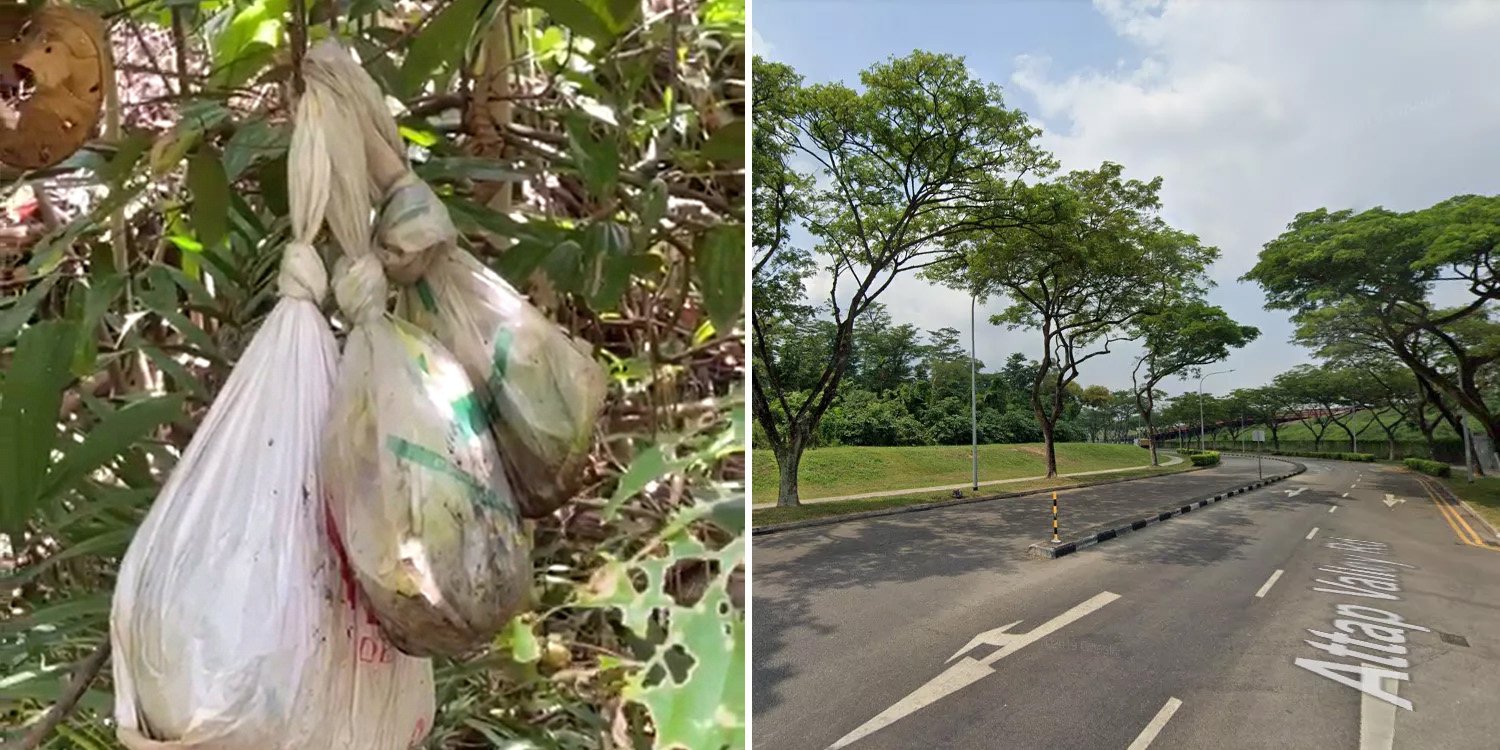 Warning: This article contains graphic images and may be disturbing to some. Readers’ discretion is advised.

While they are not usually seen, stray dogs are still surviving in certain parts of Singapore. These dogs are vulnerable, often relying on humans for sustenance.

Earlier this year, Mr Chen, who feeds stray dogs near a forest in Woodlands, found that they were acting in a peculiar manner. Many were also spotted with injuries.

Venturing into the forest, he made a gruesome discovery. He saw several dog carcasses wrapped up in bags on the grass and hanging from trees. 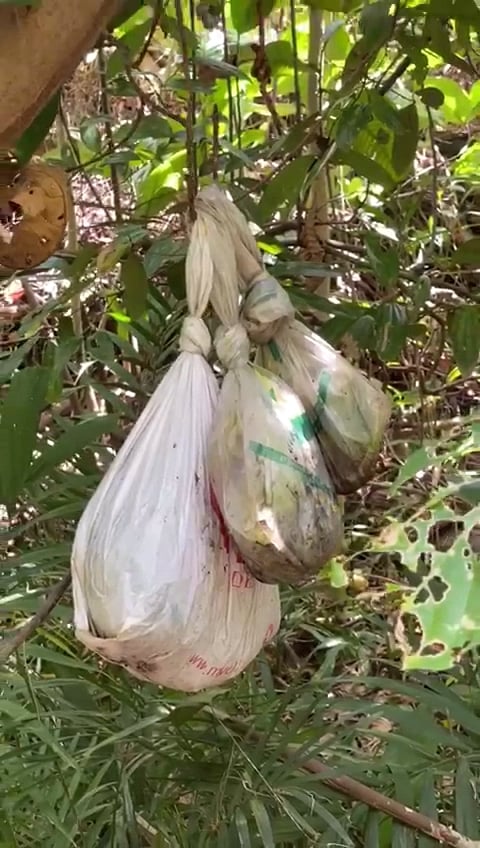 He is now seeking help from authorities to investigate this issue.

Man finds many strays with injuries

According to Shin Min Daily News, Mr Chen often feeds stray dogs near the forest next to Senoko Fishing Port.

Towards the end of February, he noticed that the strays seemed afraid of him.

He later learnt that many had injuries like broken legs.

Mr Chen felt that their injuries may have been caused by human abuse. The doggos had round wounds on their head or limbs that looked as if they were struck by a blunt object. Mr Chen and a few others then decided to go into the forested area to investigate.

But he could not have anticipated the horrific scene that greeted him.

The group found multiple dog carcasses stuffed into a white sack and thrown into a bush. A few plastic bags were also hung on trees.

Opening the bags, they found fur that had been skinned off dogs, as well as dog skulls, according to Shin Min Daily News. The group later lodged a police report at Woodlands Police Station and notified relevant authorities of their findings.

Soon after, authorities visited the forest and began investigations.

The group of dog lovers then decided to stake out the forest. They realised that a man, who looked to be in his late 40s, would arrive in a lorry at the Woodlands forest about 3 nights a week. He was allegedly armed with a stick-like tool.

When confronted, the man allegedly had a hostile reaction and claimed that he was there to discipline the dogs.

Mr Chen later employed a private investigator, who tried to collect evidence by installing a hidden camera under a tree.

However, the plan was foiled when the man discovered the camera.

Mr Chen suspected that someone has been slaughtering stray dogs to sell dog meat as ordinary abuse cases typically do not involve dogs being skinned.

On a separate occasion, a stray dog was also found locked in a cage in the forest. It was later rescued while the man was away.

Speaking to Shin Min Daily News, Mr Chen expressed that due to the pandemic, he hasn’t been able to continue his rescue and investigation efforts.

Now, he hopes to garner the attention of relevant authorities to find out the truth and rescue the stray dogs.

MS News has reached out to the Society for the Prevention of Cruelty to Animals (SPCA) and the Animal Veterinary Service (AVS) for comments.

Hope authorities will get to the bottom of this

Sadly, animal abuse cases are rife in Singapore, and it’s heart-wrenching to see dogs suffering such abuse at the hands of humans.

Hopefully, authorities will soon launch an investigation and get to the bottom of this heinous crime.

If you happen to be near the area and notice anyone suspicious, you can call 999.