Stray dogs, unlike those living with hoomans, have to fend for themselves. Naturally, there are those that thrive but there are others who do not fare as well. 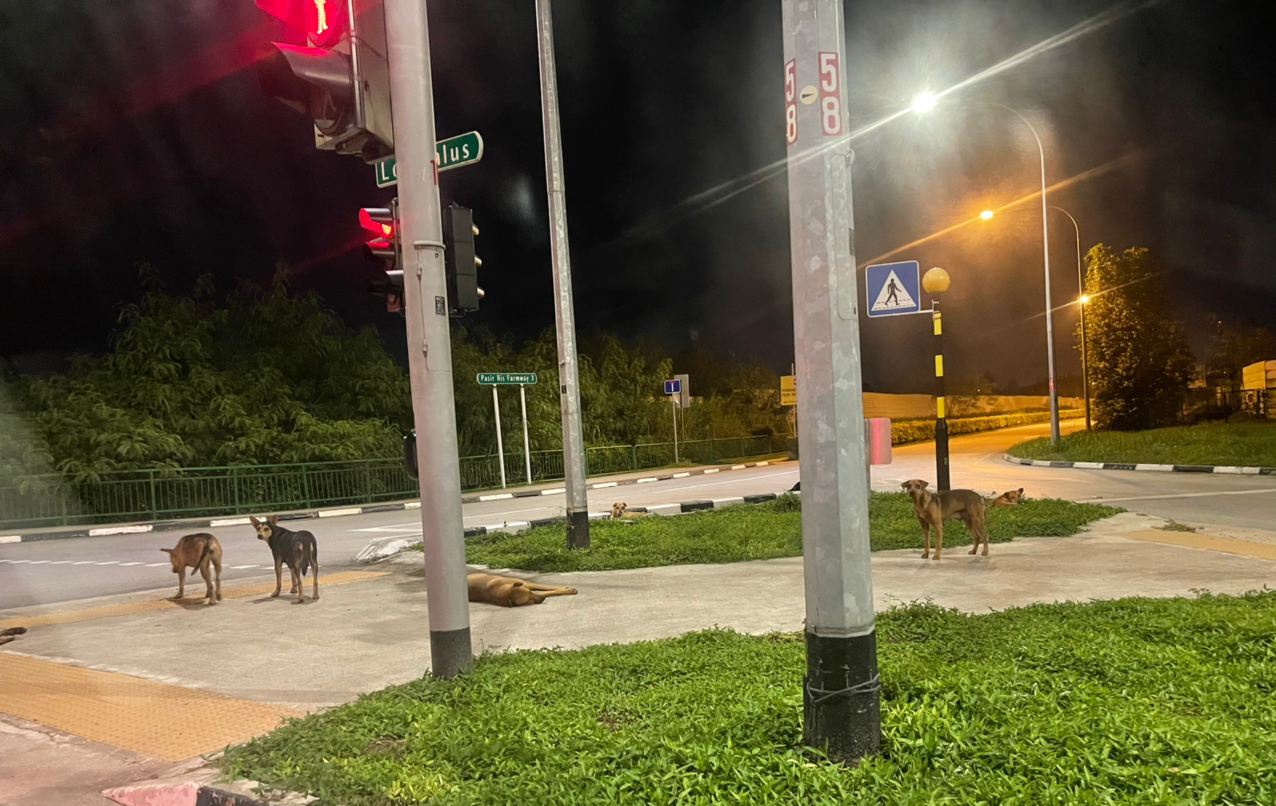 On Wednesday (2 Dec) night, a netizen spotted an emaciated dog while at Punggol.

Seeing the state that the stray was in, a netizen took to the Lost and Found pets in Singapore Facebook group, seeking help for the canine. 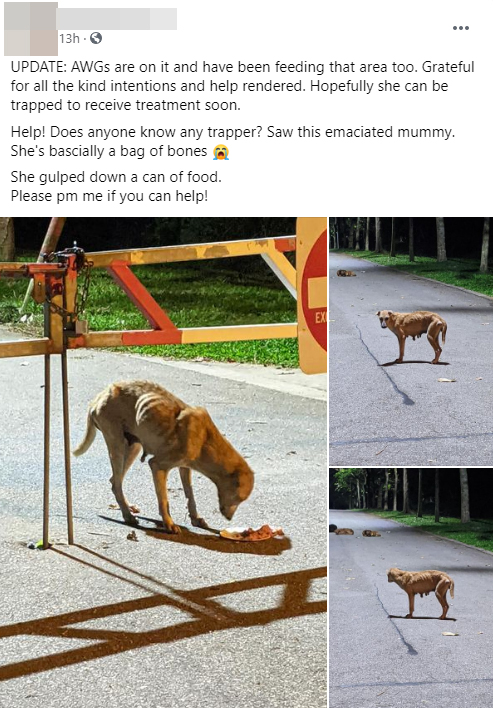 Emaciated dog in Punggol gulps down can of food

The pictures on Facebook showed the skinny brown canine in a rather concerning state, with its ribs clearly visible. 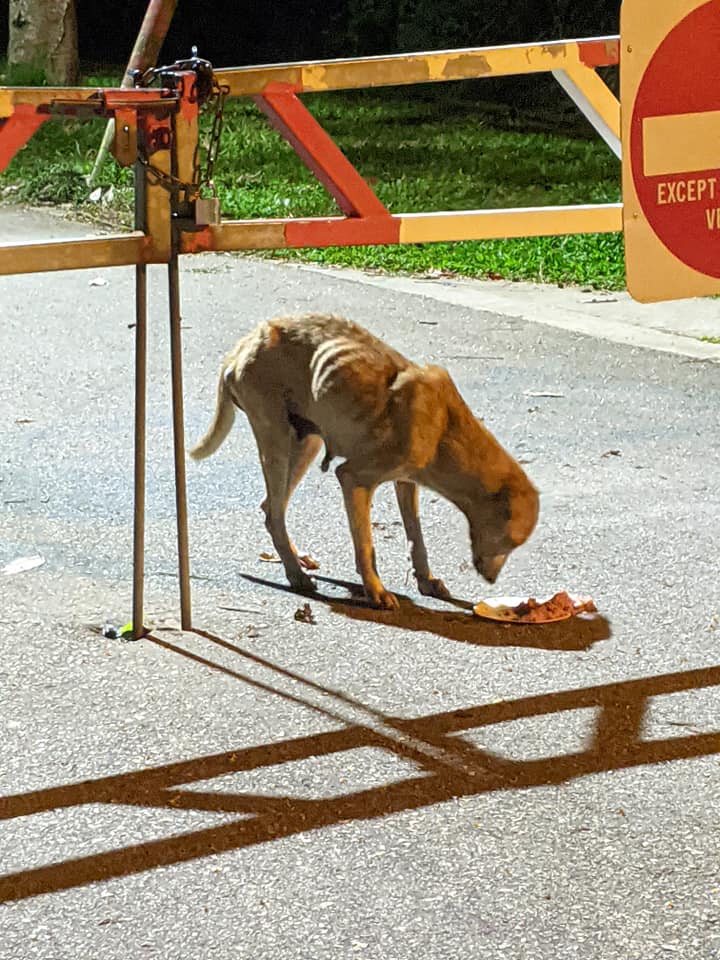 The emaciated dog was apparently offered a can of food, which she finished in no time.

It seems there were other dogs around the area too, seen lepak-ing in the background. 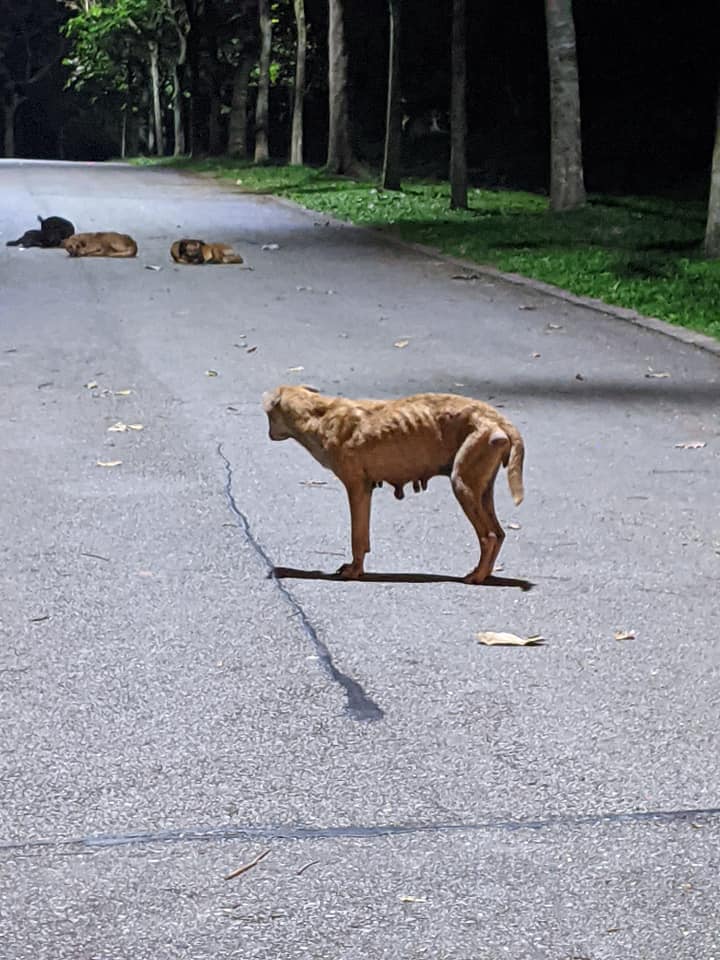 Seeing the condition that the dog was in, the netizen sought help on Facebook.

According to SOSD Singapore, an undisclosed animal welfare group is currently looking into the issue and will reportedly do their best to render help to the poor doggo.

Hope the dog receives the necessary food and treatment

It pains to see the poor doggo in such an emaciated state.

Kudos to the animal welfare group for tending to the dog so quickly. We hope she receives the necessary food and medical treatment soon.