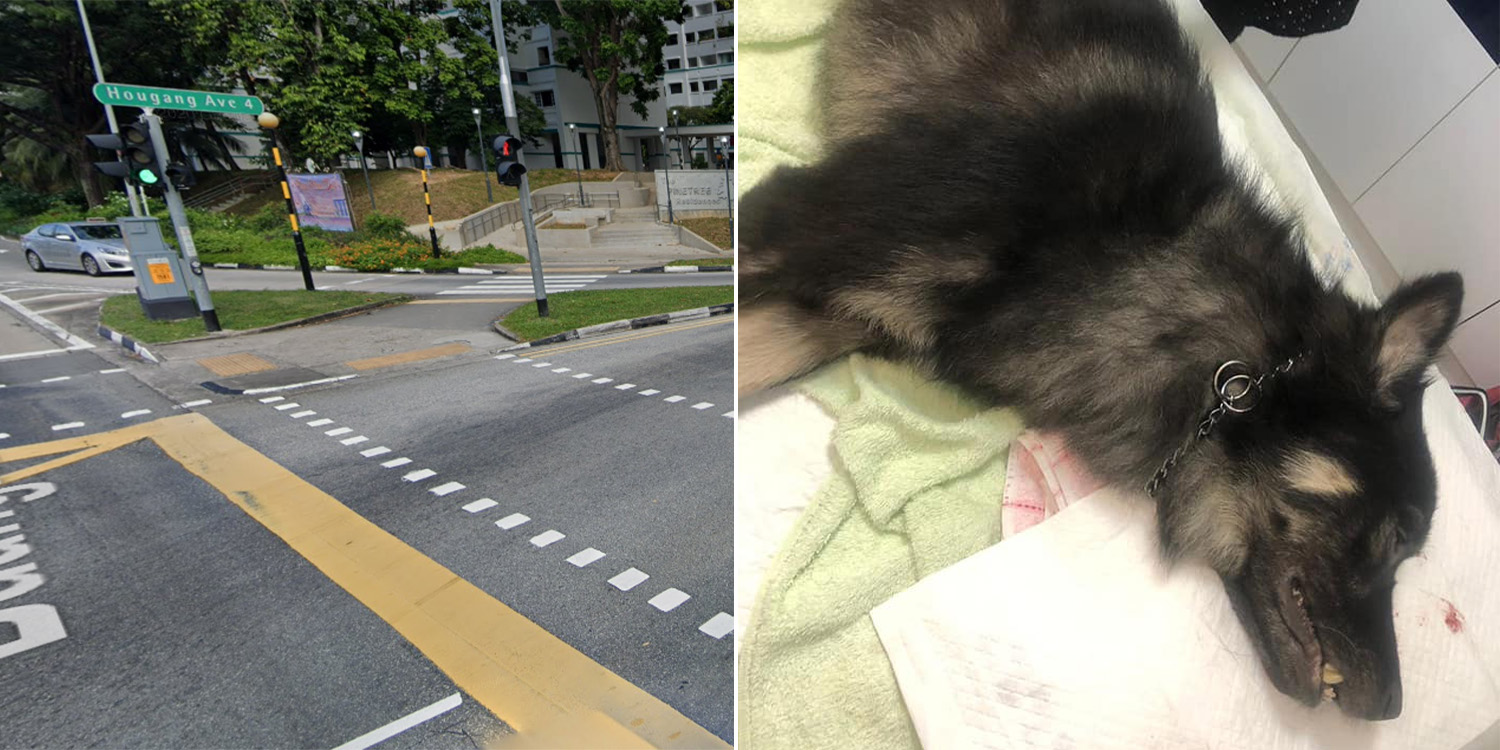 Hopefully those with evidence can step forward.

The passing of a family pet, especially when it comes suddenly, is never easy to deal with.

A dog owner is appealing for witnesses in a hit-and-run that occurred on Sunday (28 Feb) at a junction in Hougang. 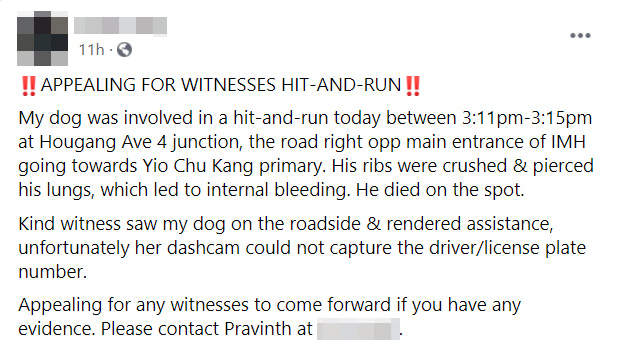 If you have any evidence or footage of the hit-and-run, you can head over to the post and contact the owner.

The owner’s post gave details of the hit-and-run that claimed his dog’s life. 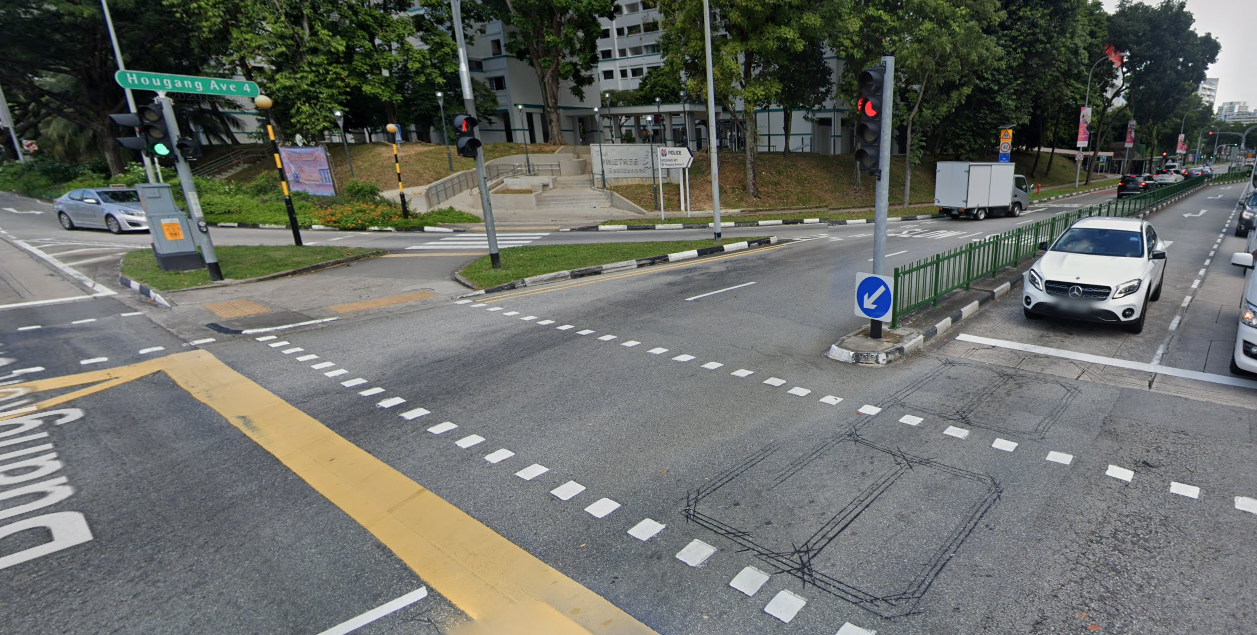 The site is the road opposite the main entrance of the Institute of Mental Health, leading towards Yio Chu Kang Primary School.

Unfortunately, his dog’s ribs were crushed and they pierced his lungs, leading to internal bleeding. 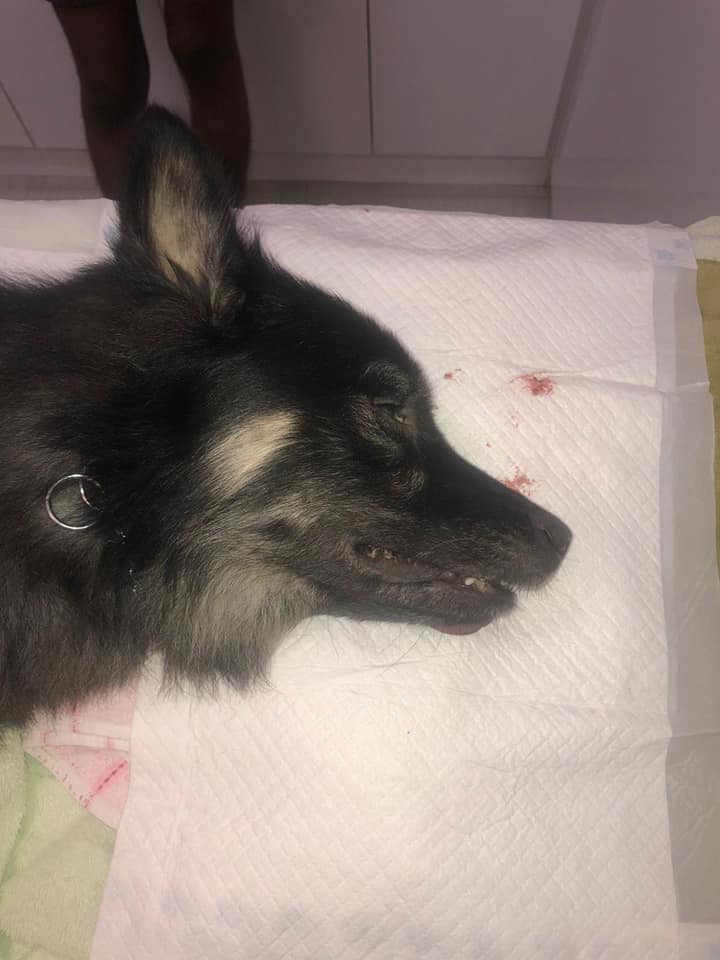 Although a kind witness rendered assistance after seeing the dog at the roadside, her dashcam was unable to capture the driver or their license plate number.

As such, the owner is now looking for witnesses or footage of the hit-and-run.

It’s truly unfortunate that the doggo couldn’t be saved, but for an investigation to take place, authorities will likely require evidence.

Hopefully, the man’s public appeal will lead to someone who has footage or evidence of the hit-and-run, paving the way for an investigation.

Once again, if you see this post and was in the area yesterday, you can contact the owner via Facebook or through the number he gave.