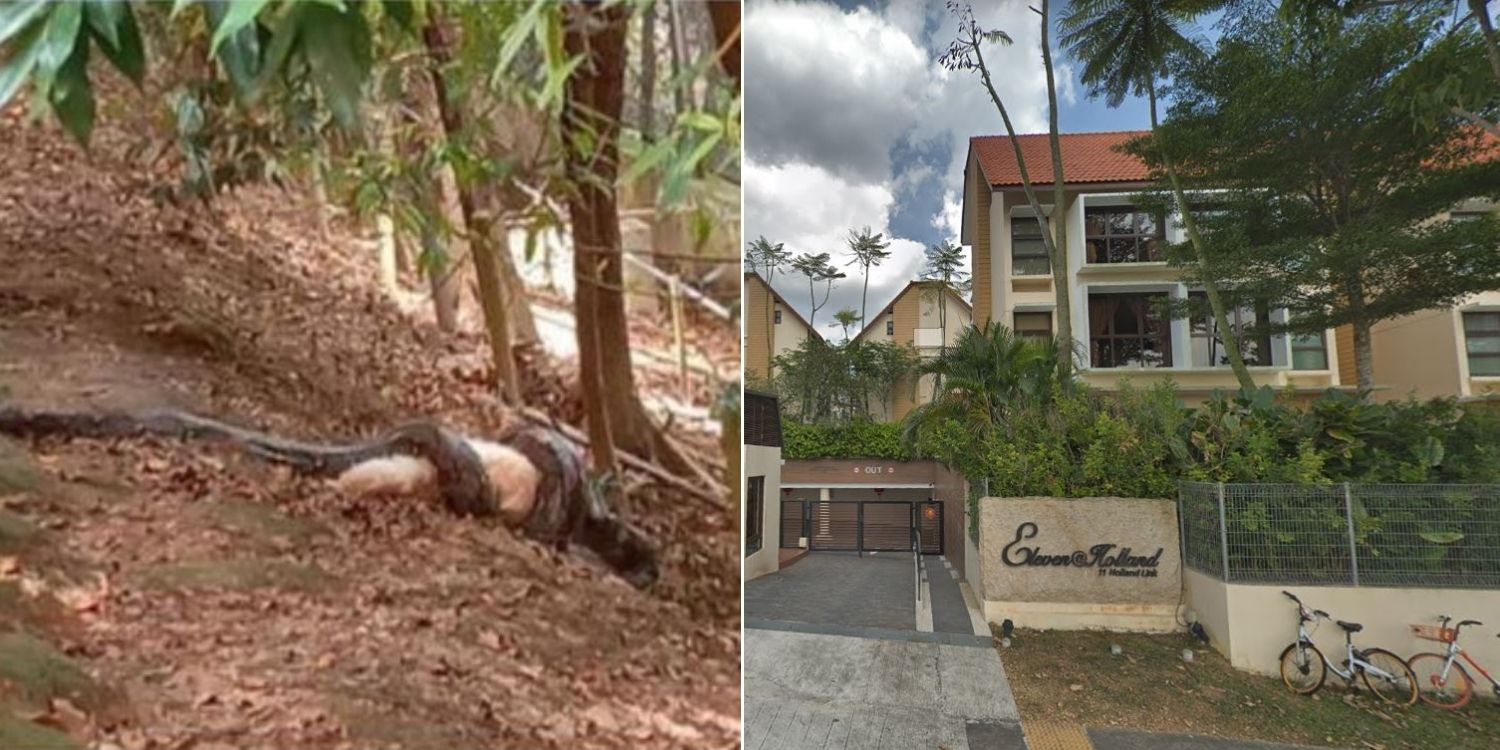 Though somewhat terrifying, snake sightings in Singapore aren’t too rare. But thankfully, they don’t often end in trouble. Unfortunately for a dog owner in Holland Road, an encounter with a python ended tragically on Monday (18 Jan).

A frantic search for her pet led her to a devastating sight, which she could only helplessly watch as she called for help.

According to Lianhe Zaobao, the owner had been calling out to her pet Pomeranian Mia multiple times to no response.

Worried, she first called her husband to ask if he had brought Mia to work. When he said no, she became increasingly anxious.

She wasted no time in searching their entire condominium complex at Eleven @ Holland Link, only to meet with a horrifying scene. 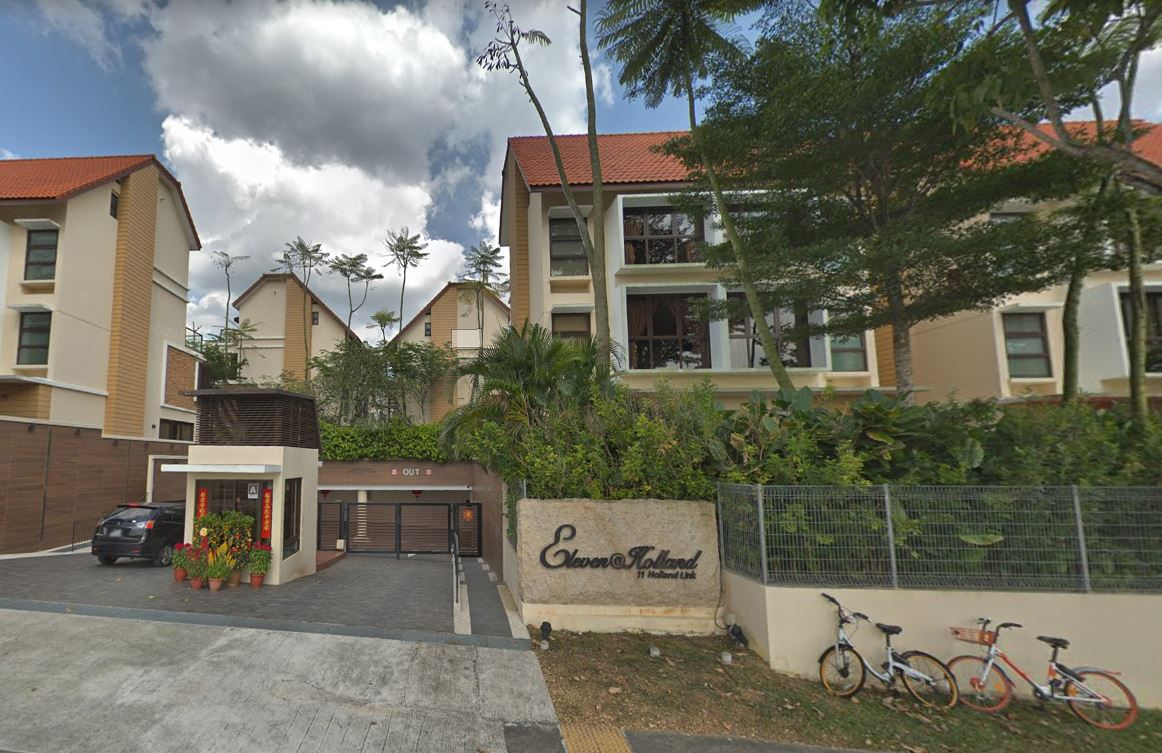 There in the back garden was a huge python coiling itself around her dog, with the canine’s head in its mouth. 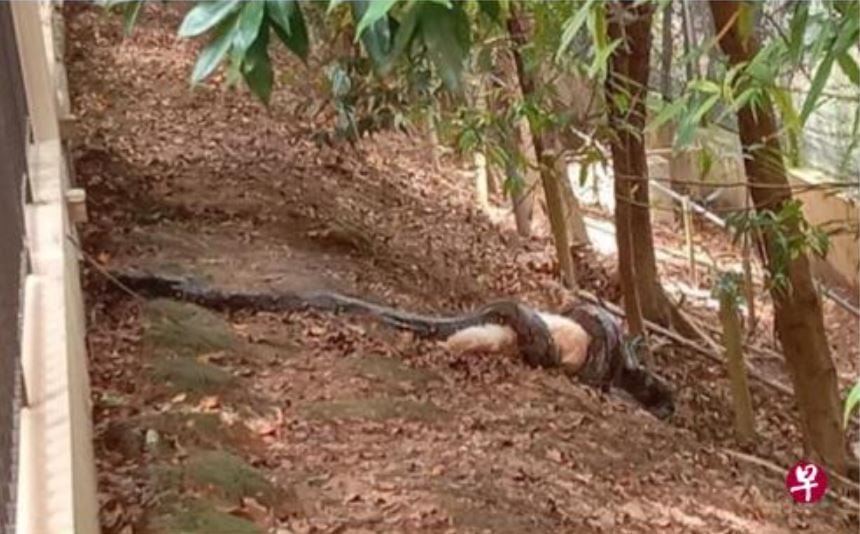 Stunned by what she saw, the owner was unable to move for a few minutes.

But aware of the danger at hand, she quickly called neighbours as well as the condo management and security for help.

ACRES called in to assist

After assessing the situation, management staff alerted ACRES who reportedly sent 3 rescuers to the location.

They told Zaobao that they found the roughly 3-metre long python trying to escape.

As it appeared to be stuck in a hole, rescuers took nearly 2.5 hours to dig the snake out and capture it.

ACRES explained that the snake had likely entered the compounds via cracks in the cement and soil.

Family had just settled down in Singapore 2 months ago

Zaobao reported that the family had first gotten Mia while they were still living in Australia. 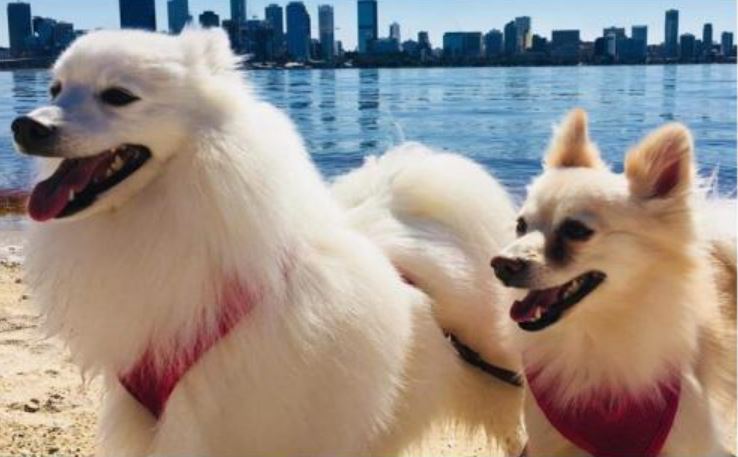 For 7 years, she lived comfortably, and even followed the family to Singapore 2 months ago. Little did anyone expect that her life would end so tragically here.

Since the owner’s 2-year-old daughter shared a strong bond with Mia, she and her husband have decided not to break the news yet, so as not to crush the young child’s heart.

Dog may have been trying to chase python away

Prior to the incident, Mia’s owner shared that her dog had often stood at their balcony and barked in the direction of the pool, noted Zaobao.

Looking back, she believed that this could have been because Mia had spotted the python lurking there.

She may have slipped out somehow on 18 Jan and attempted to chase the python away, only to end up falling victim to it.

Losing a pet who’s also like a dear member of the family is certainly heartbreaking.

We extend our sincere condolences to Mia’s owners, and hope they’ll recover from this terrifying experience.

Rest in peace, Mia. May you run around freely in doggy heaven.