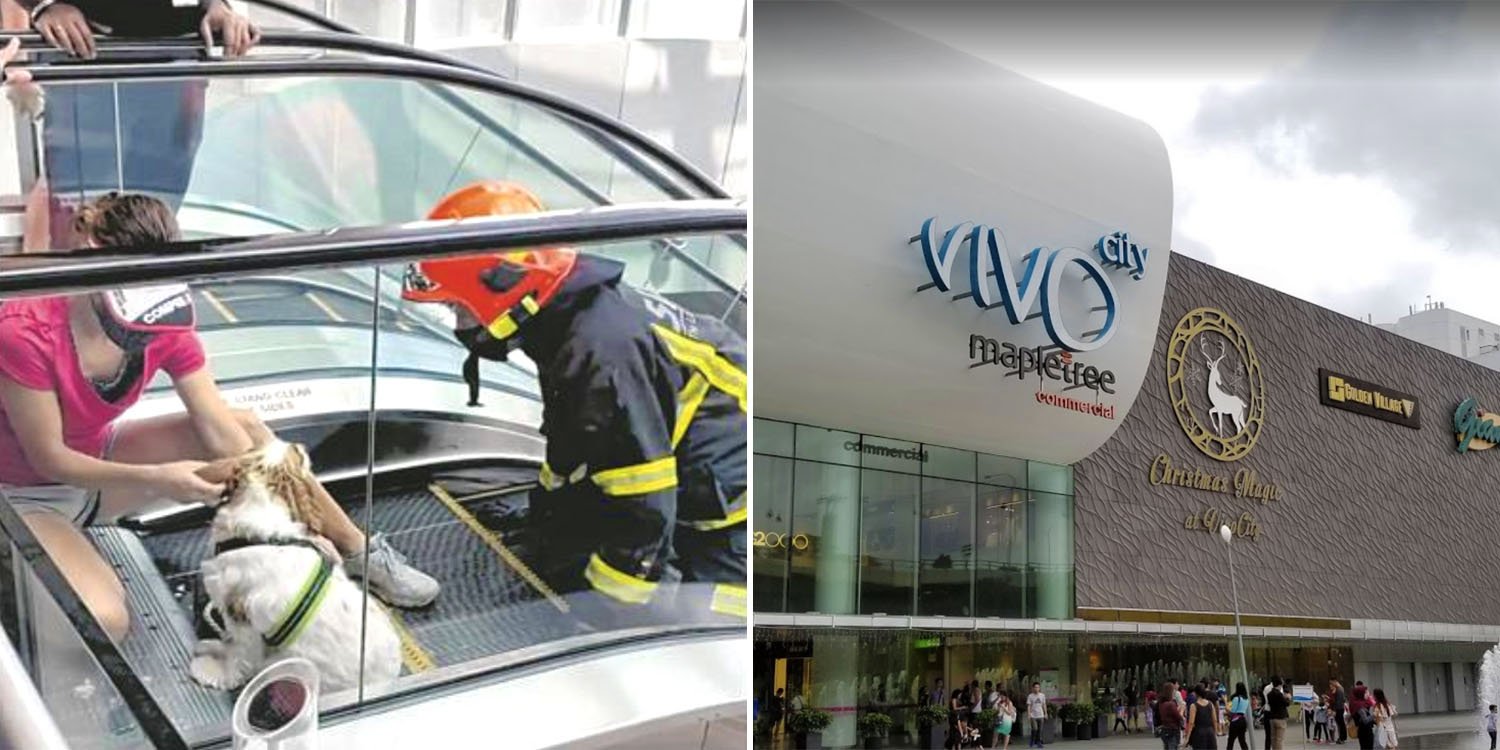 A cautionary tale for dog owners.

Handling 1 dog in a crowded mall can be quite a feat. Handling 2, however, might invite some trouble.

For one man, the experience certainly was a harrowing one.

On Saturday (15 Aug), a man was on an escalator at VivoCity with 1 dog safely in his arms and another on a leash. 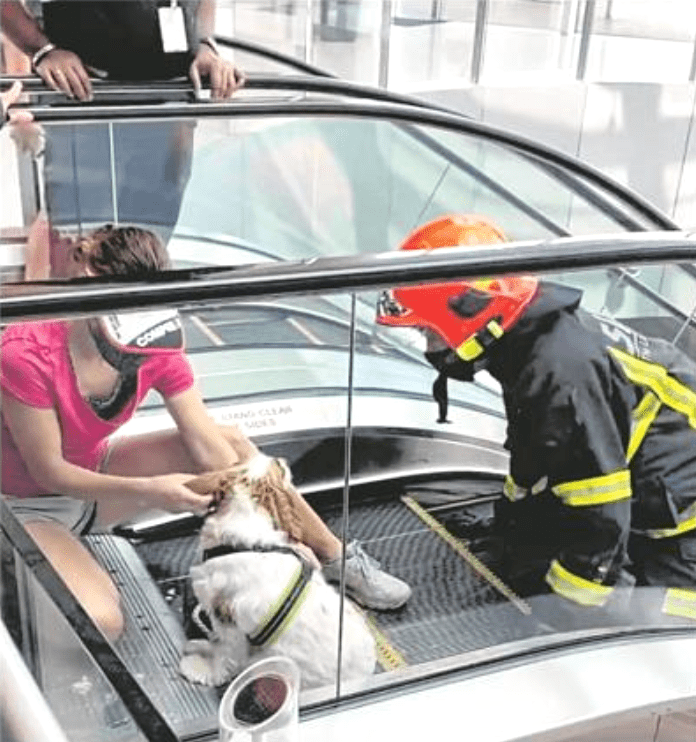 The dog wailed in pain and didn’t stop till he was freed 30 minutes later.

Dog was sitting on escalator step before it got trapped

According to Lianhe Zaobao, the man was bringing his dogs to VivoCity’s 3rd floor when the dog’s paw got trapped in the escalator. 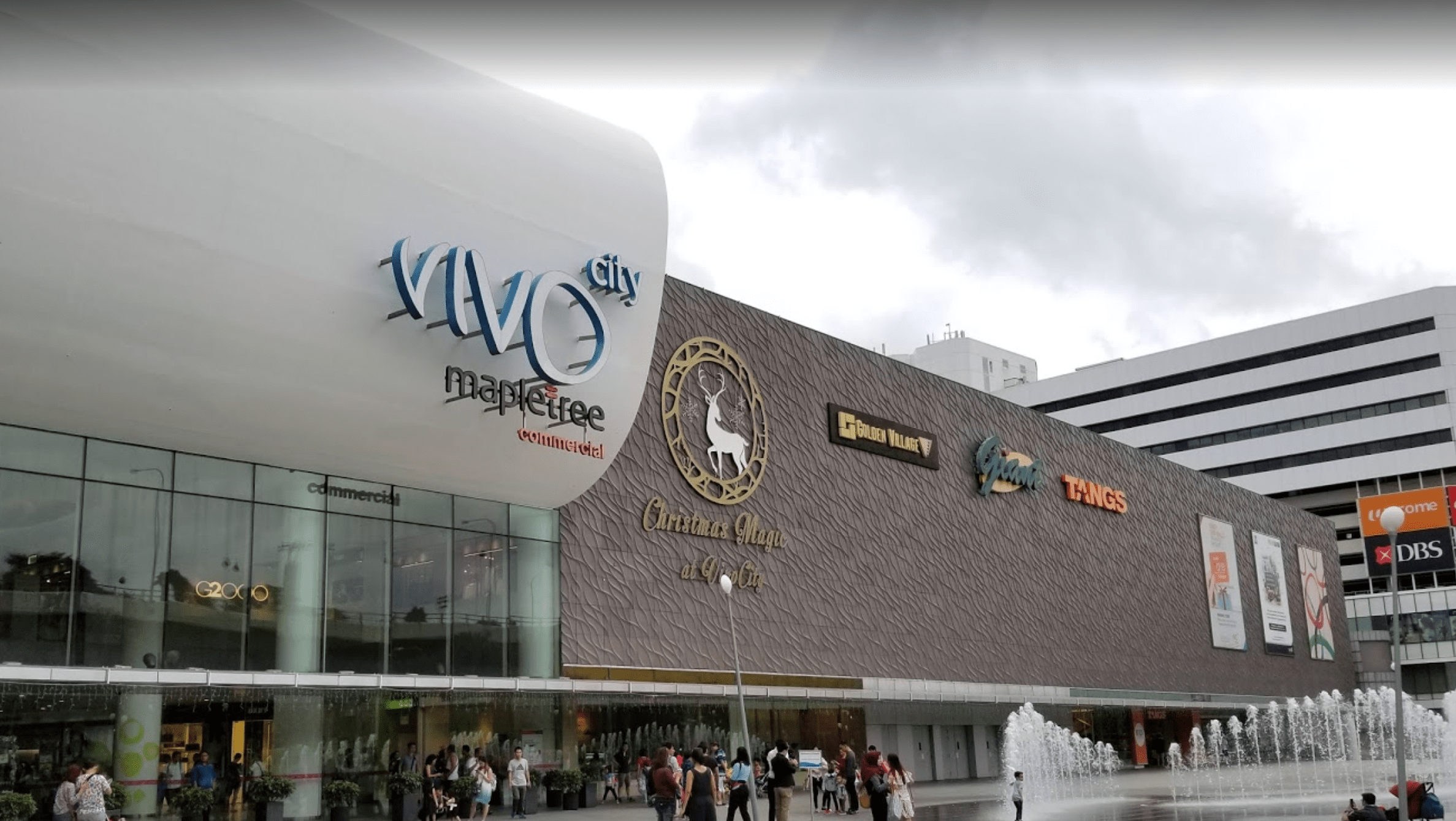 The incident happened at the escalator beside the library on Saturday (15 Aug), at approximately 10am.

The owner was carrying 1 dog and had another on a leash at the time.

An eyewitness said the leashed dog was sitting on the escalator step when suddenly they heard the dog’s yelping. The escalator stopped moving.

The dog continuously wailed in pain as his paw became bloodied.

Only when the mall’s mechanic arrived at the scene, did they manage to free the dog’s paw by taking apart the escalator. It took 30 minutes to free the dog.

The Lianhe Zaobao journalist who reported the incident is a dog owner herself. She remarks that she prefers to take the elevator with her dog as it is safer. 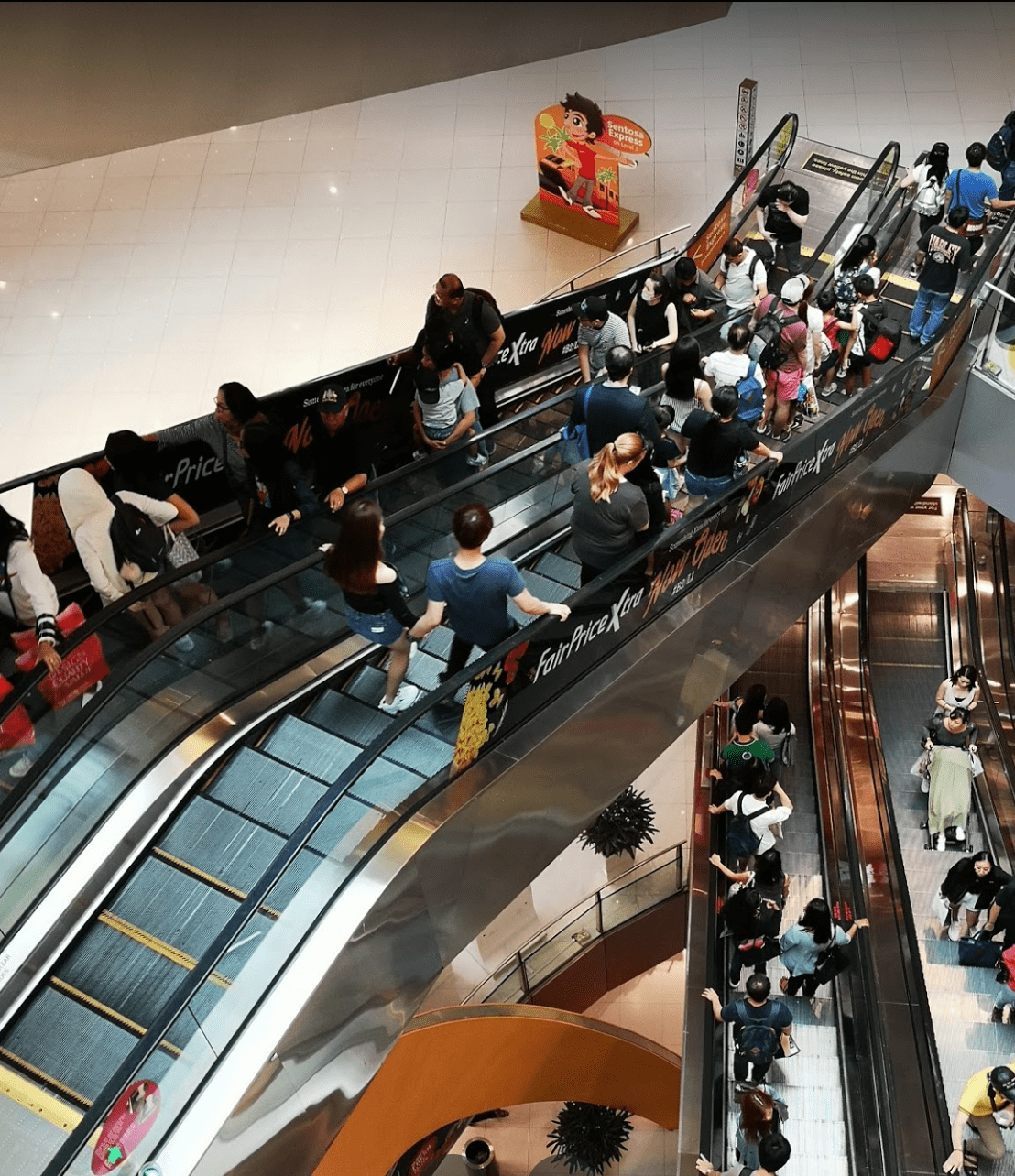 However, if left with no choice but to take the escalator, she would carry her dog.

She cautions all dog owners to be very careful with their pets on escalators.

We hope the poor doggo did not sustain any serious injuries and is recovering well.

This is not the first of such accidents, cautionary tales have occurred before, like this one from 2018.

Dog owners are advised to use elevators or stationary stairs whenever possible.

Our furkids often become an important part of our family and just like caring for a child, they require supervision and care at all times.

Pet owners ought to exercise responsibility and be attentive to their doggos.