Anyone who has tried making dumplings at home from scratch, just like in Crazy Rich Asians, would know that it is no easy feat. 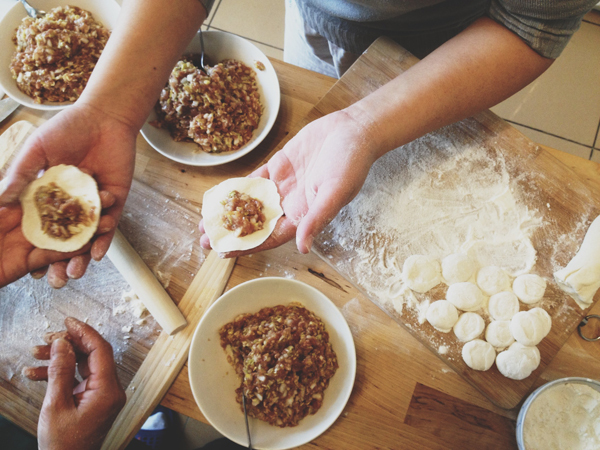 The task is made all the more challenging if you are hearing about this food item for the first time.

So when a domestic helper was told to make dumplings for her employer, she had an interesting interpretation of this traditional dish. 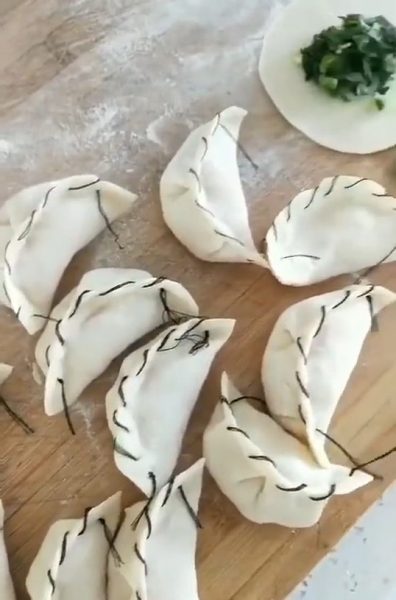 Yes, she literally sewed the dumplings up.

Employer told her to make dumplings, tie them tight

A Facebook post by Singapore Incidents revealed a hilarious conversation between a domestic helper and her employer. 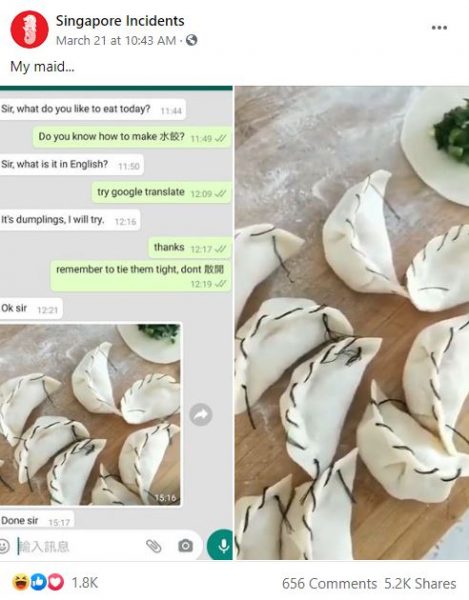 It seems that employer had requested the helper to make shui jiao, a common Chinese delicacy made with vegetable or meat filling wrapped within flour skin. Here’s what it normally looks like:

However, for some reason, the employer used the Chinese words 水饺, which would obviously be perplexing for someone who can’t read Chinese.

Confused, the helper asked for an English translation, and her employer referred her to Google Translate.

She subsequently found out that she was tasked to make dumplings.

Her boss left her with a quick reminder to “tie them tight” so that they will not disperse when placed in hot water. 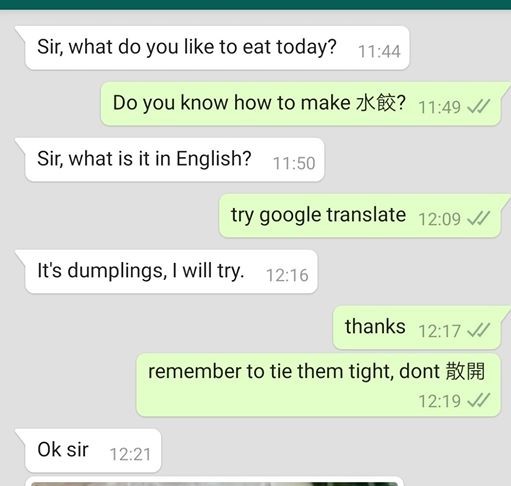 Tying the dumplings up with thread

Something was obviously lost in translation, as the helper took out her sewing kit in the kitchen.

Taking her employer’s instructions a little too literally, she painstakingly sewed up the filling within the flour skin with black thread, similar to how one would mend a hole in a shirt. Her humorous take on the dish garnered much attention in the Facebook comments.

Many believed that the employer did not give her clear instructions, resulting in her harmless mistake.

After all, he did use Chinese words, and when he used English words, they were vague, for example “tie”.

Be more understanding towards our domestic helpers

Ultimately, it does look like a good attempt for someone who hasn’t made dumplings before. One thing is for sure: The dumplings are definitely tight enough to withstand hot water.

Perhaps this should also serve as a reminder for employers to be understanding towards their helpers, as they come from a different country and different culture. Don’t unnecessarily complicate their lives by giving them instructions in a language they may not understand, or use vague terms.