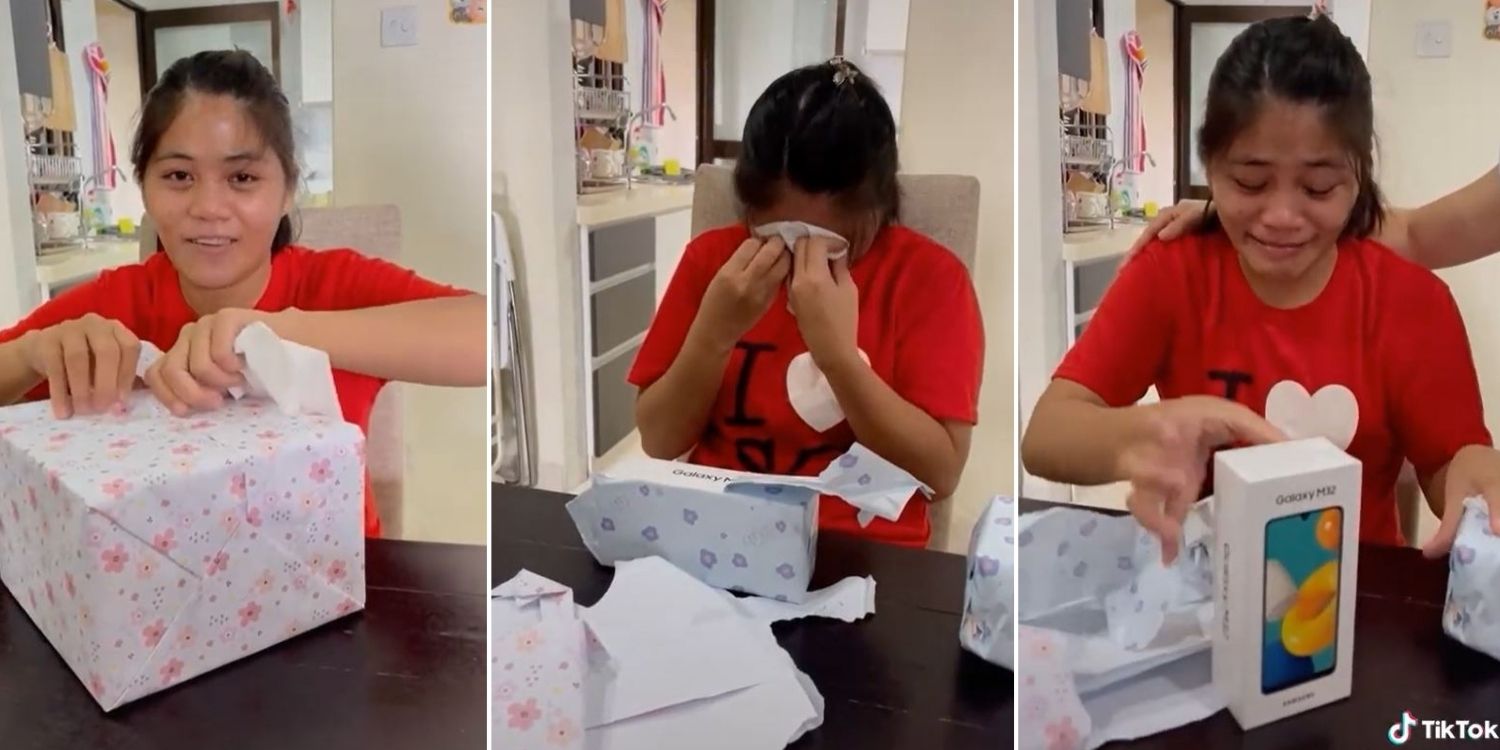 Juggling work, household chores, and caring for children and elderly folks is an inescapable part of life for many Singaporeans.

Thus, domestic helpers play a huge part in lightening the burden for families, and often we don’t thank them enough.

One family decided to show their appreciation in quite a significant way – by buying their helper a handphone for her birthday. 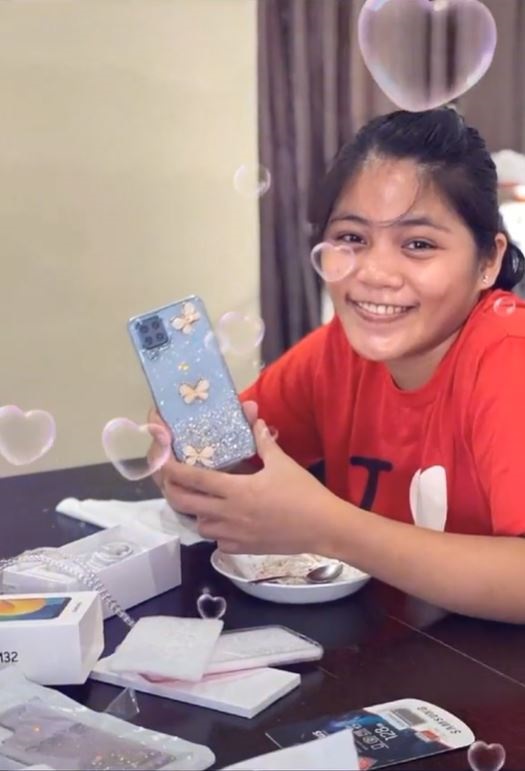 The gift, which came together with an actual celebration, touched the lucky helper so much it brought her to tears.

Ms Jenebee Espinosa shared the heartwarming moment on TikTok on 30 Aug, which started with her unwrapping a mystery gift, clearly delighted. As she was busy opening her gift, it was ostensibly her employer who was doing the filming.

Her efforts revealed a box from Lazada, which she proceeded to open. 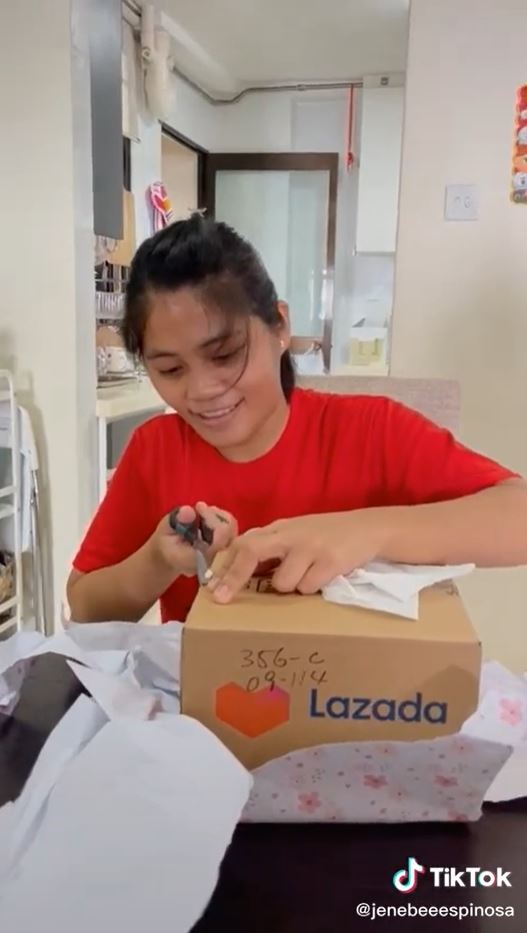 At first, she laughed when she saw the thick layer of packaging. Her employer could also be heard chortling in the background. 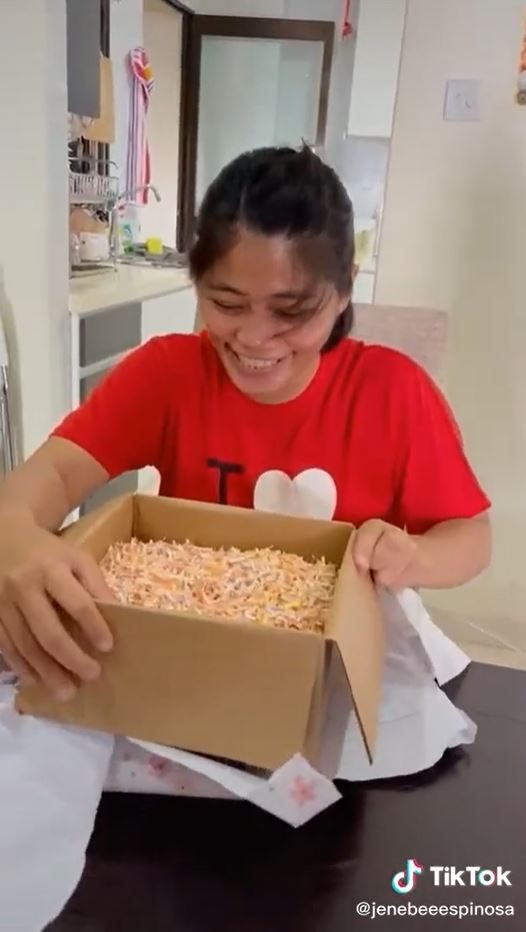 2 parts to the present

After her employer urged her to look further, she uncovered 2 smaller packages.

He then said there were 2 parts to her present. She quickly proclaimed that she knew what the smaller package was, and a child’s voice could be heard exclaiming, “iPhone!”.

Well, not quite, but when Jenebee unwrapped it, she giggled in delight and incredulously asked her employer, “really?” while the child adorably asked, “why you so shy?” 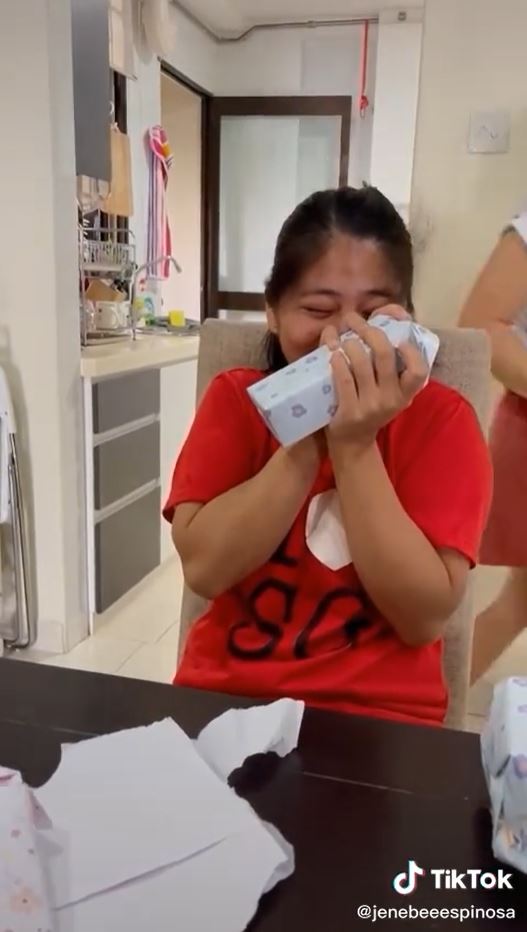 At this point, Jenebee couldn’t contain her tears as she wiped her eyes with a piece of tissue. 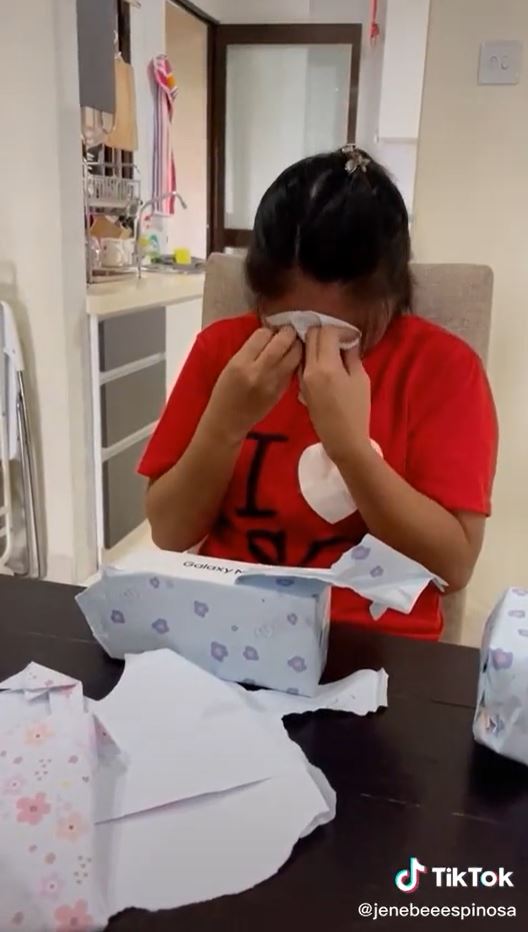 Her employer corrected the child, saying it was a new Samsung phone for Auntie Jene. Another woman – possibly her female employer – asked, “best present ever?”

The child then amusingly said,

I didn’t even get a phone for my birthday!

As Jenebee struggled to compose herself while wiping her tears, her female employer even placed a comforting arm around her shoulder—a moving gesture that showed how close they were. Thanking her employers profusely, Jenebee opened the 2nd part of the present – a set of covers for her new phone. 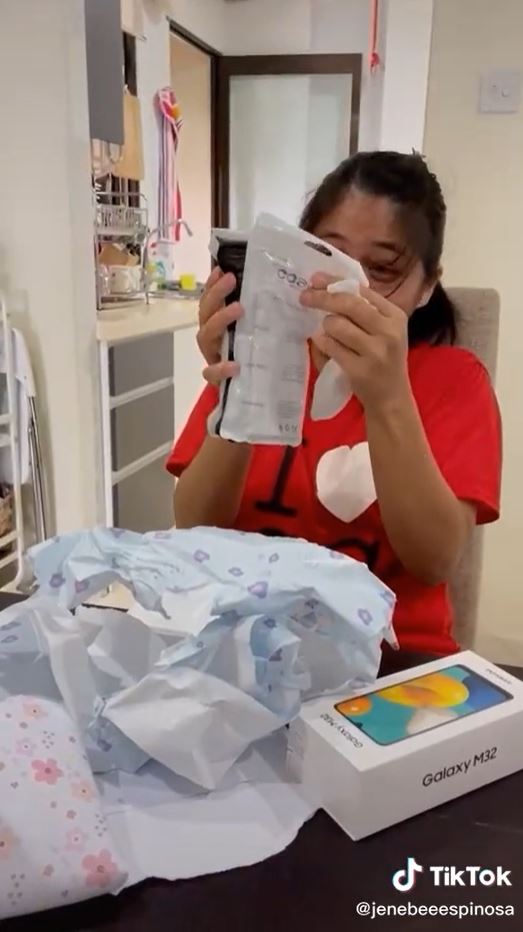 In another TikTok video, Jenebee revealed that her employers also prepared a delicious-looking chocolate cake for her. 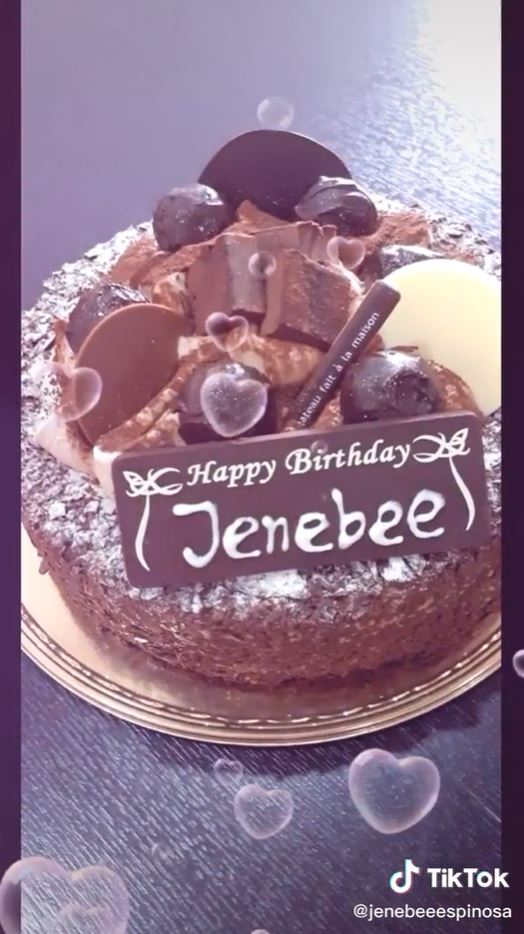 There was also some sushi, …and a spread of fast food. 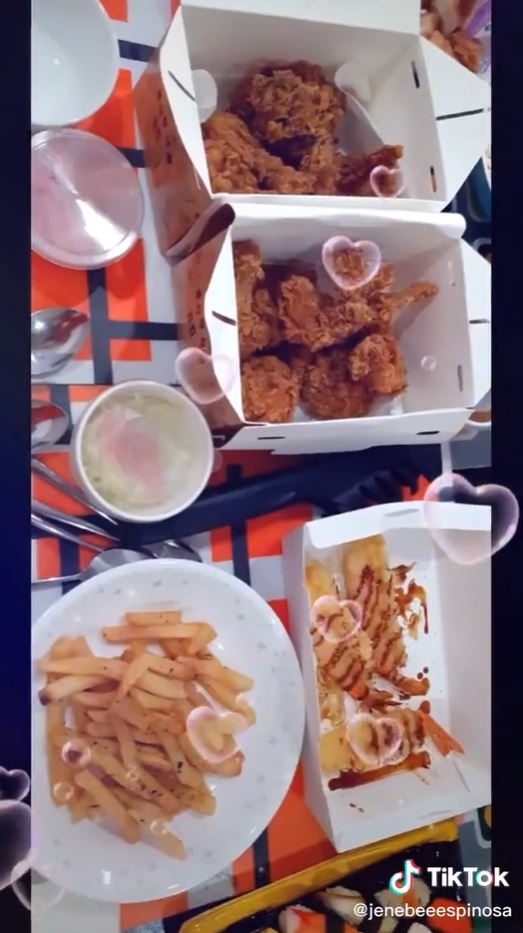 Helper worked for family for 9 months

For her employers to splash out on such a celebration, one might think that she’d been with them for a long time.

In fact, Jenebee said she’d been with the family for just 9 months.

She thanked her “sir & madam”, adding that she was very happy.

Netizens also praised the employers for appreciating her contributions.

Indeed, it’s rare and simply uplifting to see an employer treat their domestic helper so well. 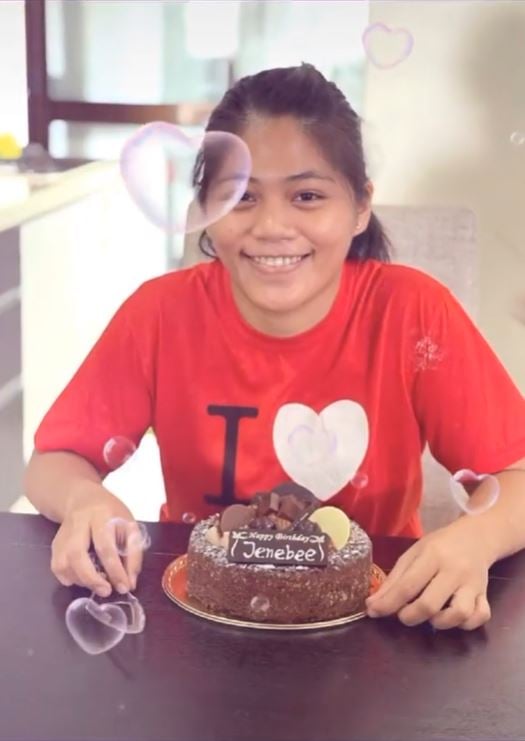 We often hear people say that they treat their domestic helpers like family.

However, Jenebee’s employer certainly embodied this spirit by throwing a proper celebration for her.

Kudos to them for recognising that helpers are an invaluable help around the home and acknowledging this accordingly.

Hopefully, other Singapore employers will take them as an example.