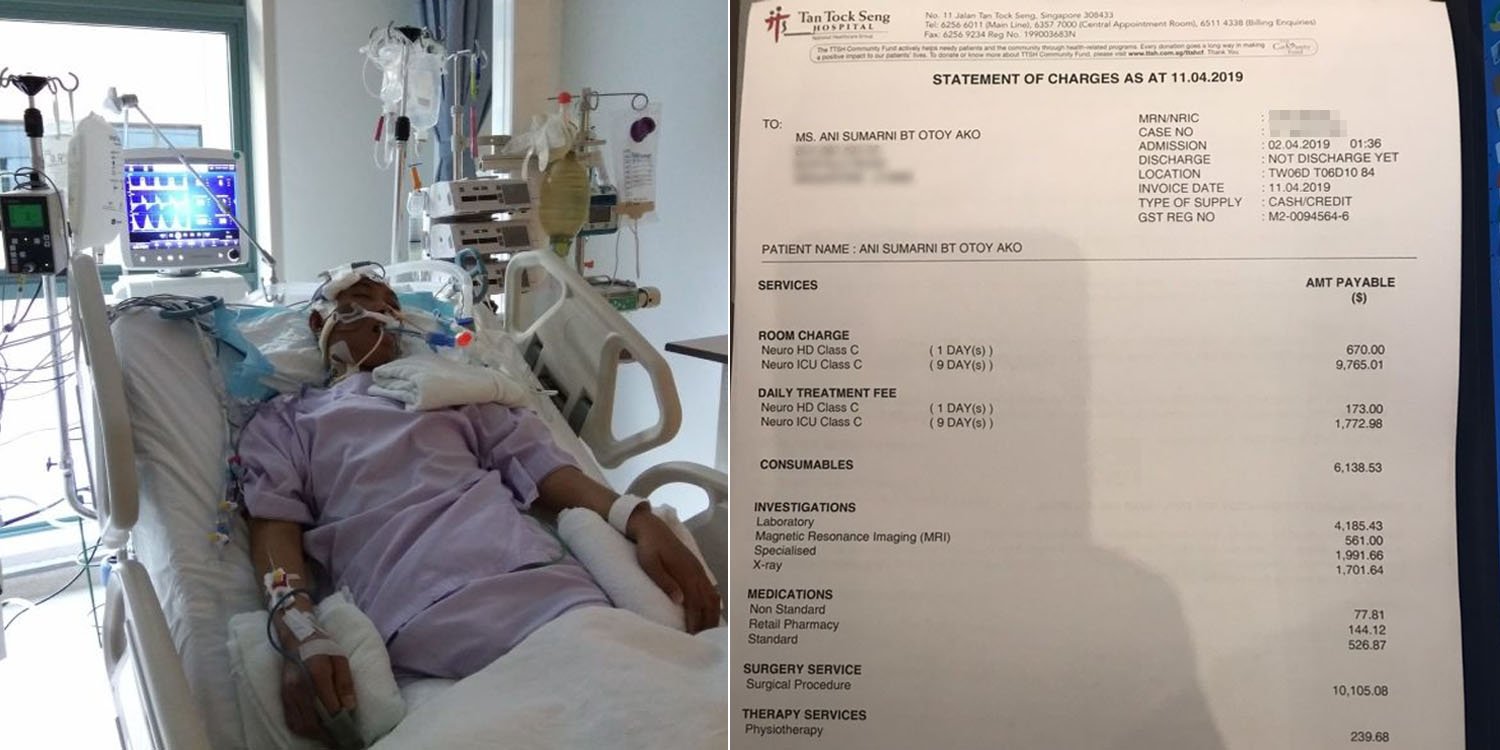 Helper Who Had Stroke Needs Donations For Hospital Fees

Domestic helpers are often the unsung heroes of the household. They cook, clean and care for our family members when we can’t afford to.

But when the circumstances are reversed, who will be able to look after them?

This is the dilemma faced by an elderly Singaporean man and his father, after their helper suffered a stroke and is fighting for her life in hospital.

Had a headache, and then didn’t wake up

Ani, a 37-year-old Indonesian helper, had complained of a headache on 1 Apr.

She promptly visited the clinic at her HDB block but the doctor wasn’t in, so she returned home and took some Panadol before resuming her duties.

After completing some chores, Ani went to her room and fell asleep. Some time may have passed before her 94-year-old ward, Mr Saw, entered and tried to wake her up.

When his efforts were in vain, Mr Saw panicked and called his 61-year-old son who is also Ani’s employer, home.

The younger Mr Saw hurried over and found Ani motionless, “with her eyes half open”. He called for help and paramedics rushed Ani to Tan Tock Seng Hospital.

Suffering from stroke and Thyroid disease

Doctors discovered that Ani had suffered a stroke, and wheeled her into surgery as she required immediate medical attention.

Ani was in the Intensive Care Unit (ICU) for 10 days after that, before transferring to the High Dependency Ward on the 11th day.

As of Fri (12 Apr) Ani had yet to speak or move. To make matters worse, doctors later found that she has Thyroid disease, which affects hormone production and could lead to further complications. 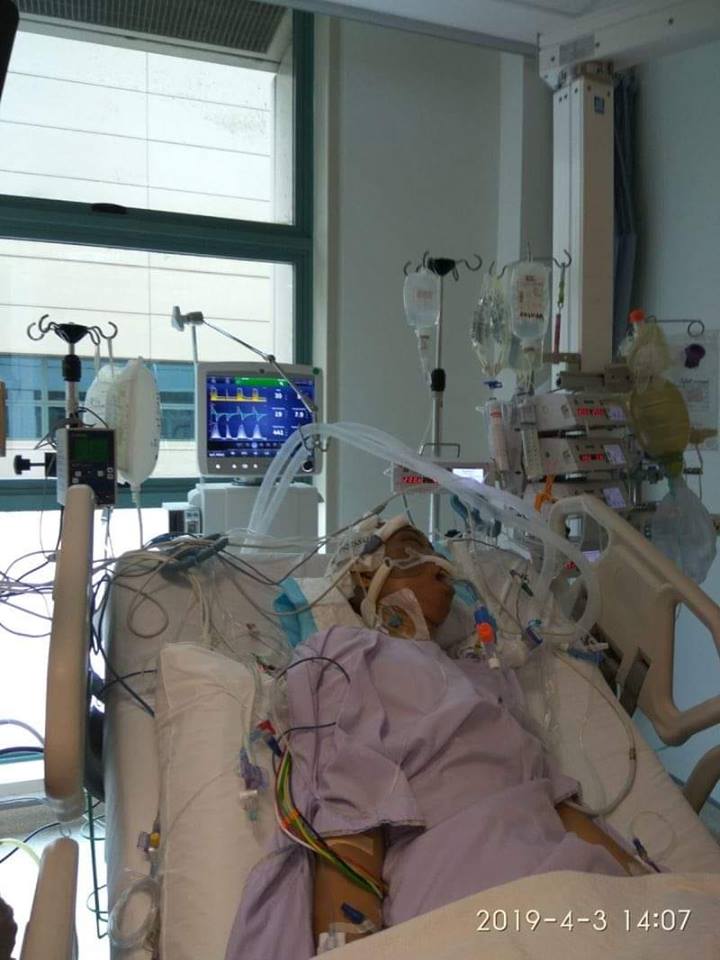 Doctors are presently treating her for both the stroke and Thyroid disease.

The younger Mr Saw and his father are both unemployed, and hence couldn’t afford to pay their helper’s medical bills. Neither could they bear to send her home in her current state.

Ani has been the senior Mr Saw’s caretaker for the past 1.5 years.

To help ease their burden, the Saws are hoping that kind-hearted Singaporeans will donate towards covering Ani’s hospital bills.

Those keen on contributing can visit the GIVE.asia Kindness page to pledge their donations. All money collected will go straight to paying for Ani’s medical treatment. 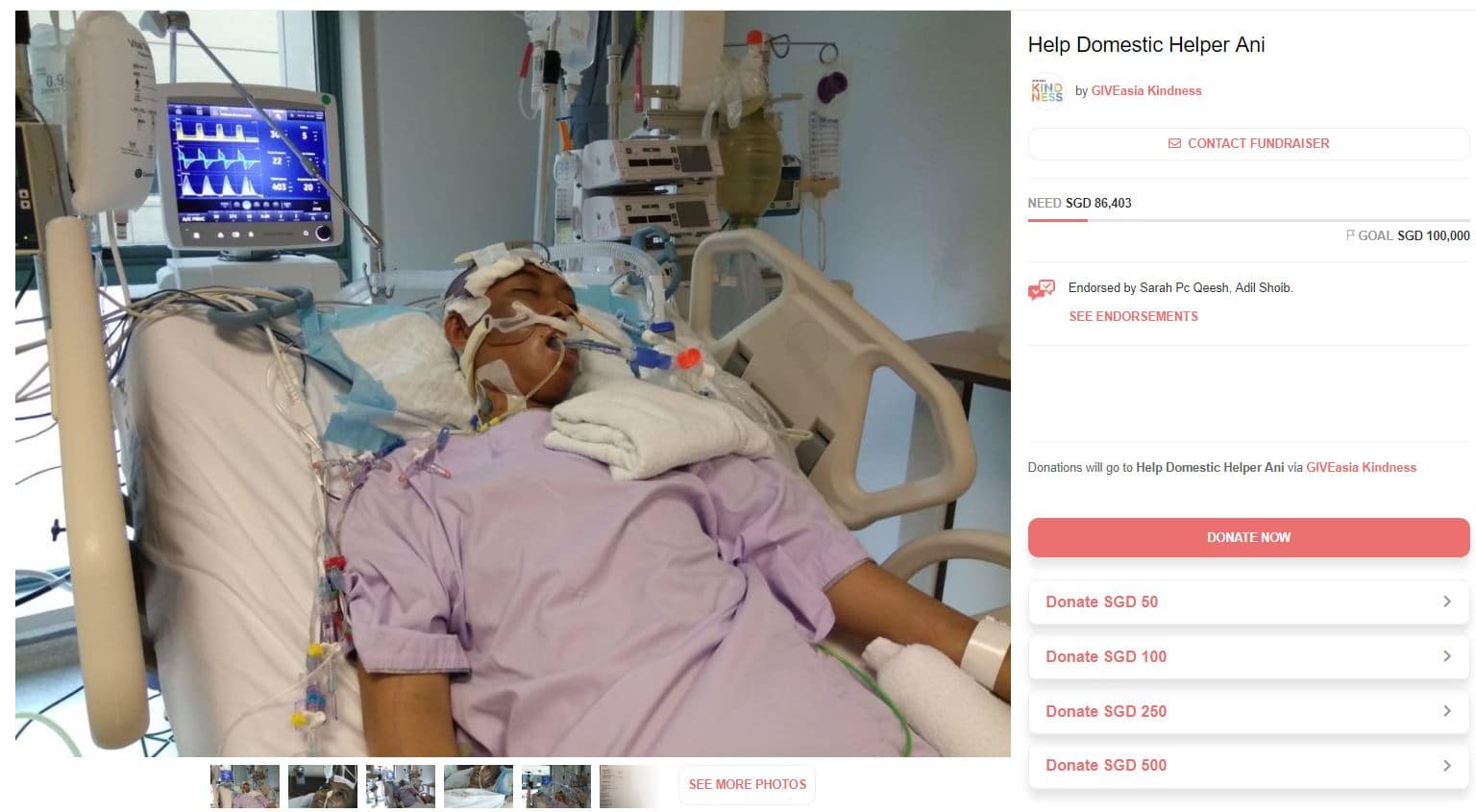 MS News wishes Ani a smooth recovery, and hopes that enough funds will be raised so she can receive the best possible treatment.