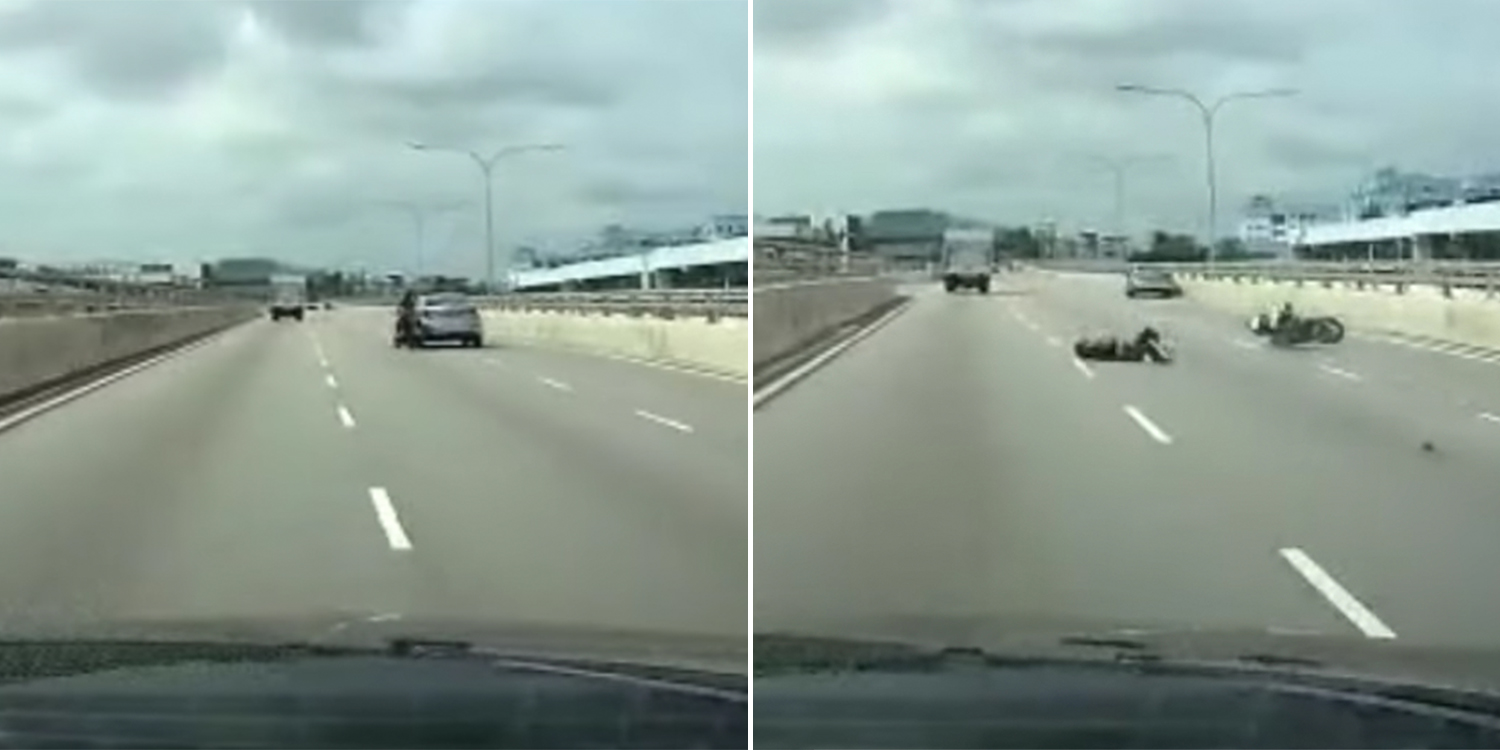 In an ideal world, no road user would like to get in a traffic accident. But the worst thing one could do in such a situation is to flee the scene.

Recently, a driver travelling along Bartley Viaduct witnessed a hit-and-run accident involving a Mazda car and a motorcycle.

After witnessing the accident, the driver gave chase to stop the car. Towards the end of the viaduct, the Mazda car reportedly hit another 2 vehicles near Maris Stella High School.

The driver has since shared footage of the accident with ROADS.sg in a bid to identify the unscrupulous road user.

Last Saturday (11 Dec), a hit-and-run accident apparently took place along Bartley Viaduct at around 11.28am.

As seen in the video posted by the witness, a grey Mazda car was speeding along the first lane.

As it approached a motorcyclist, the car makes a sudden right swerve.

However, the car seemingly lost control and swerved into the female motorcyclist, causing her to lose balance and fall.

Instead of stopping to help the motorcyclist, the Mazda sped off quickly, even colliding with a section of the divider further up the road.

Driver hits 2 other vehicles before driving off

Upon seeing this, the dashcam car driver gave chase and claimed to have witnessed the Mazda hitting 2 other vehicles near Maris Stella High School.

Footage of this, however, was not shown.

The dashcam reportedly called for an ambulance and took pictures of the accident before leaving the scene.

He also decided to post the video on Facebook in hopes of identifying the culprit and helping the victims make claims.

Since the video was posted, several eagled-eye netizens also pointed out that the Mazda had a GetGo decal on its side.

MS News has reached out to GetGo for verification and will update the article accordingly when they get back.

Hope Bartley driver will be identified

It’s bad enough to be speeding and driving so recklessly on the road, but fleeing the scene after such a horrific collision is simply wrong.

Hopefully, the culprit driving the Mazda will be identified and found soon to hold them accountable for the damages caused.

We wish the motorcyclist, as well as the other individuals involved in the subsequent collisions, a speedy recovery.