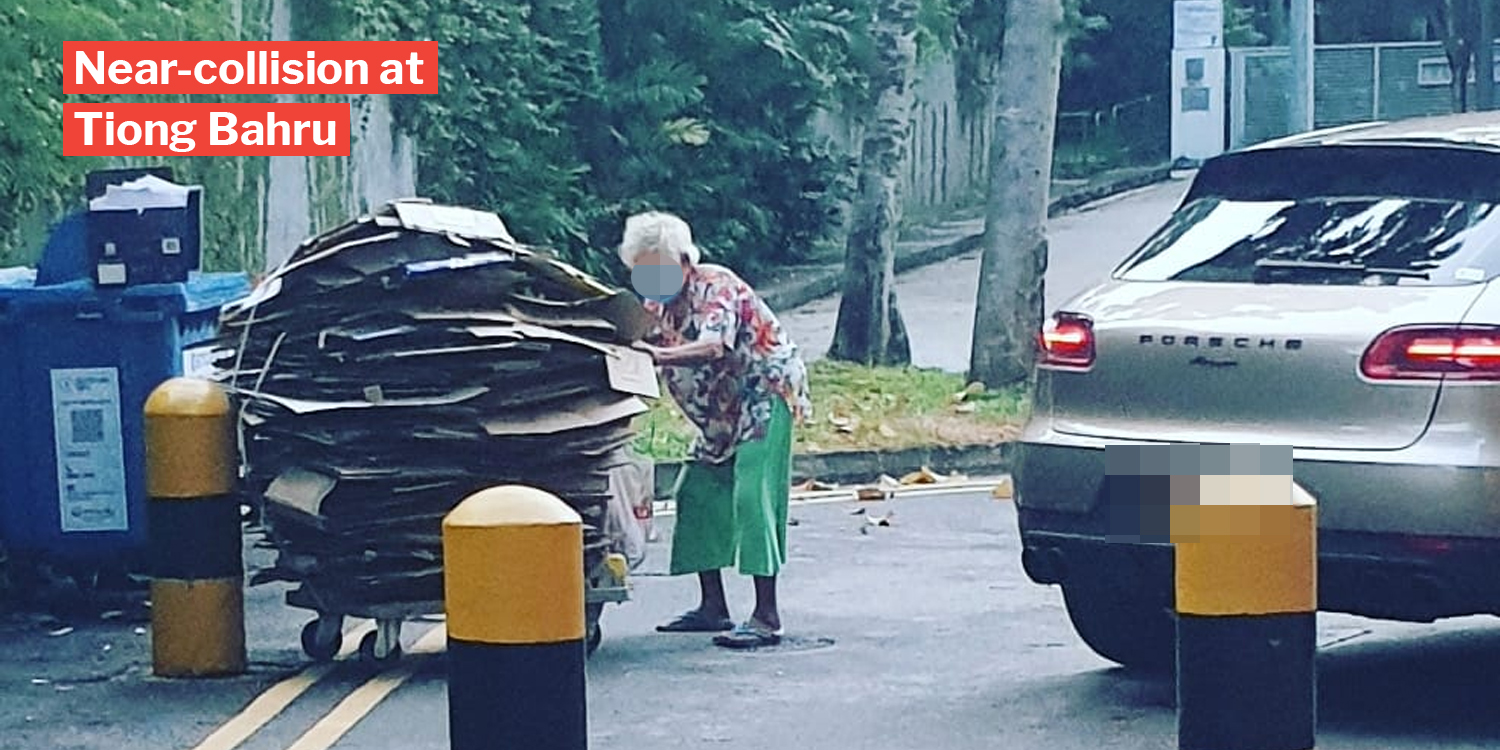 The elderly, given the natural deterioration of their senses and reflex, might be more vulnerable to traffic accidents.

Recently, a cyclist was riding in Tiong Bahru when he witnessed an old lady picking cardboard with a car reversing towards her. Thankfully, he alerted the driver and later passed the old lady some cash for a meal.

On Monday (7 Dec), the netizen took to Facebook to recount the accident. You can read the post in full here. 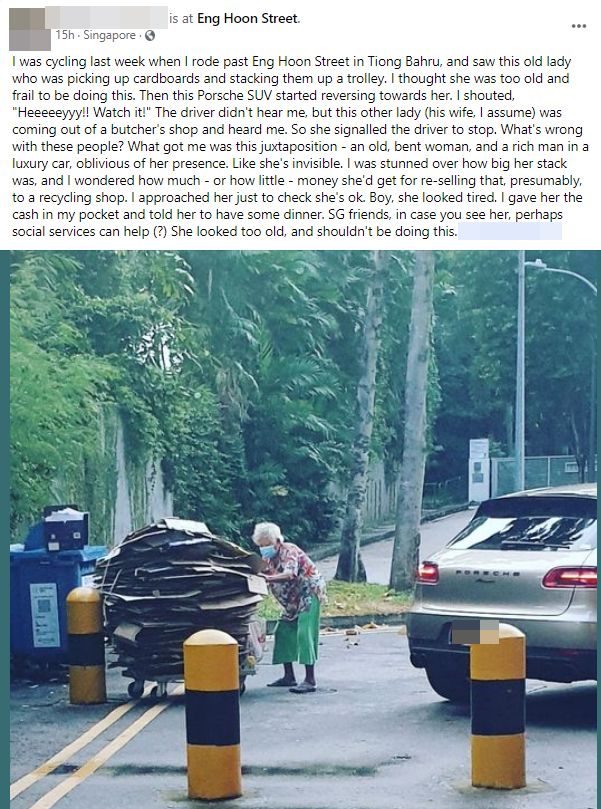 According to the post, the cyclist spotted the old lady when he was riding past Eng Hoon Street in Tiong Bahru.

At that time, the elderly lady was reportedly collecting pieces of cardboard and placing them neatly on a trolley.

All of a sudden, a nearby SUV started reversing towards her, seemingly oblivious to her presence. 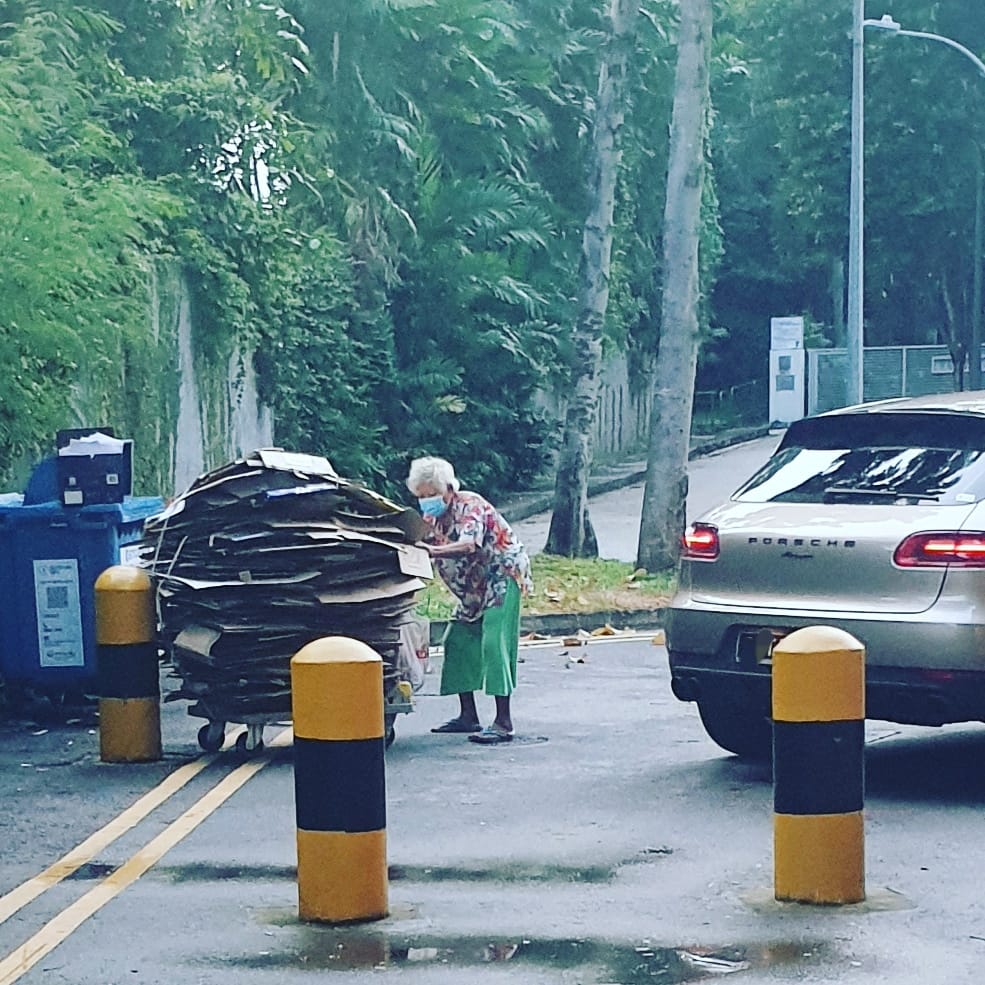 The man noticed that the old lady was in harm’s way and started shouting in a bid to catch the driver’s attention. However, the driver apparently did not hear him.

Thankfully, another passer-by did and signalled towards the SUV driver to stop.

Passed her cash for dinner afterwards

Later, the netizen approached the elderly lady to check if she was doing fine.

From their brief interaction, the netizen claims he could see exhaustion all over the elderly lady’s face.

To alleviate her predicament, the man reportedly passed the lady some cash for a meal.

Kudos to the netizen for coming to lady’s aid

Kudos to the netizen for coming to the elderly lady’s aid, even going the extra mile to pass her cash for a dinner treat.

We hope drivers would be more careful when on the road and to check their blind spots when reversing to prevent accidents from happening, especially in areas where elderly populations are higher.