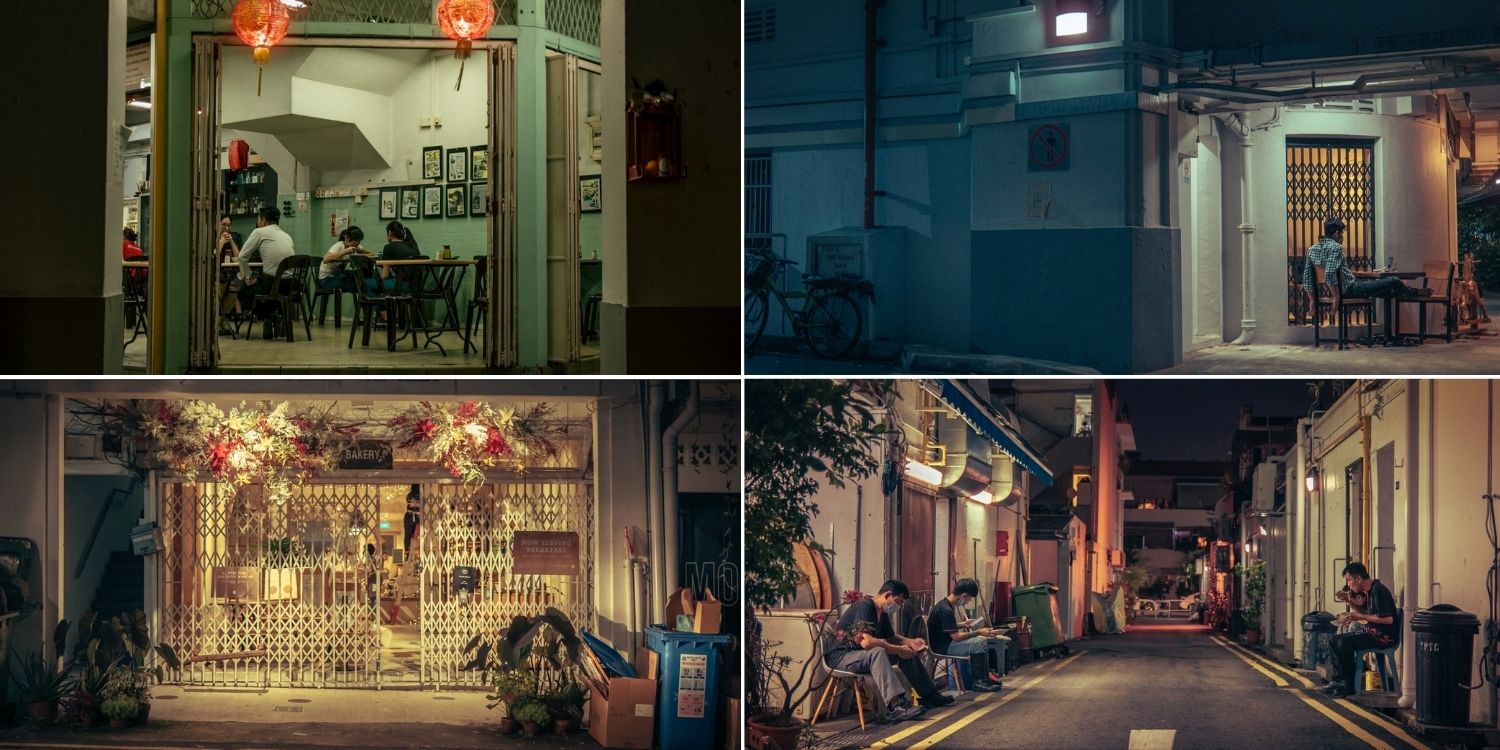 Living in a city like Singapore, photos of natural wonders often impress us more so than others. But photographer Nikko Pascua proves that there’s beauty in modernity, through his collection of snapshots titled “Tiong Bahru After Hours”. 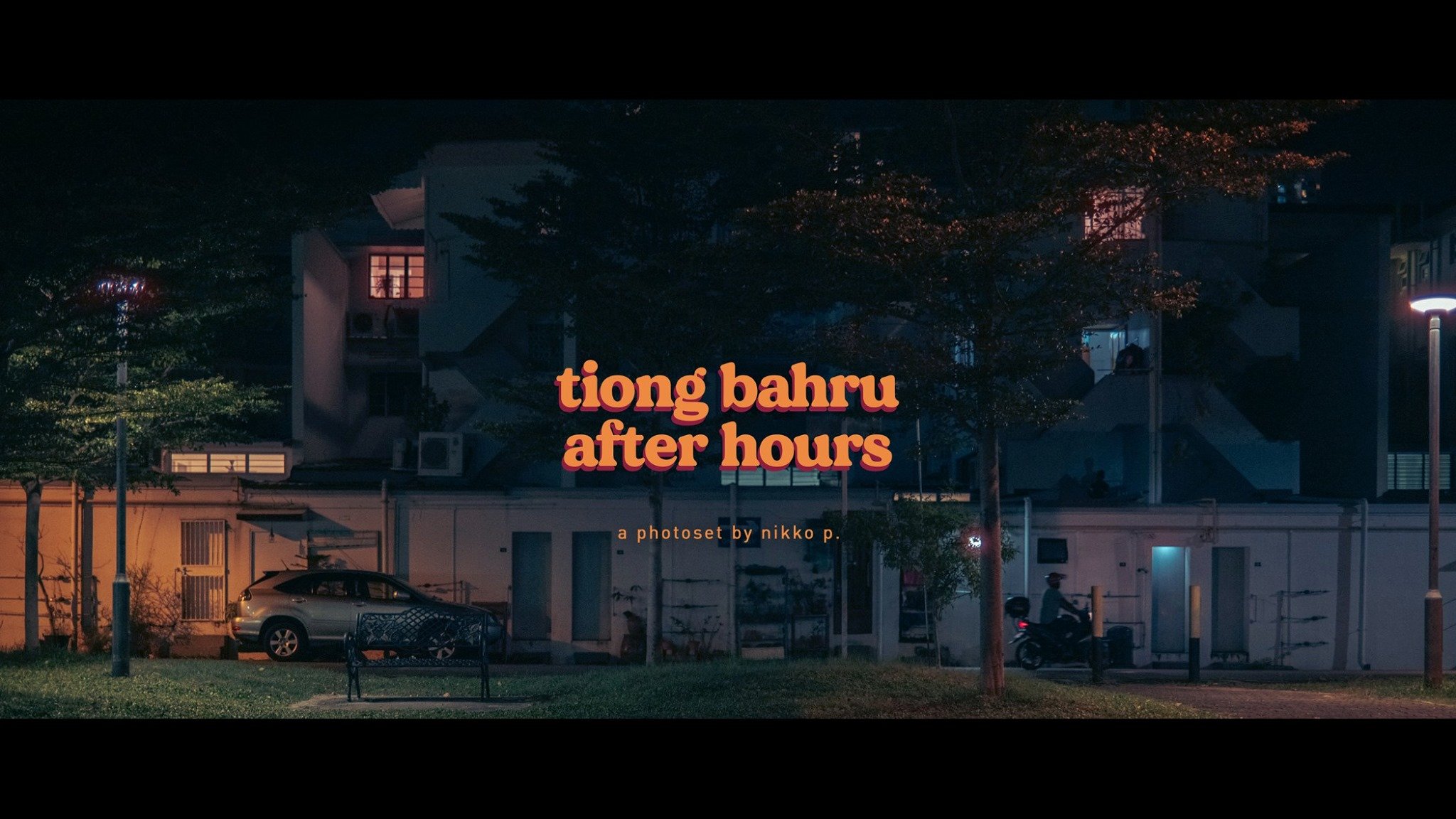 His cinematographic photoset went viral, with over 2,000 shares at the time of writing.

Photos capture Tiong Bahru in stillness of the night

Hoping to clear his head one night, Nikko grabbed his Fujifilm X100V and took a walk around his neighbourhood in Tiong Bahru.

As shops began to shutter and the inflow of customers slowed to a trickle, he captured photos of the few souls lingering about.

Over at Plain Vanilla Bakery, he spotted staff putting up Christmas decorations behind semi-closed shutters. 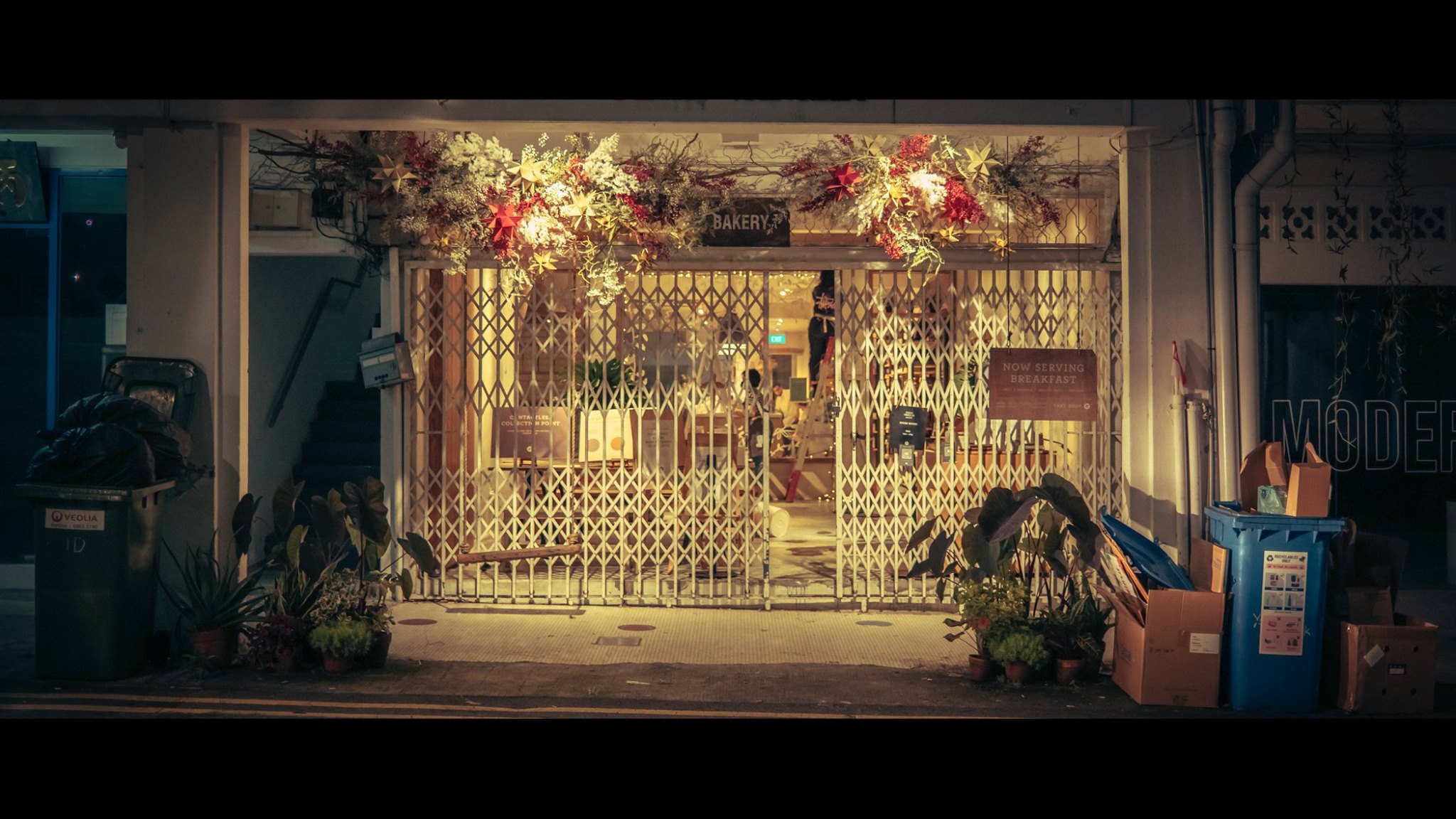 The warm glow lighting up the single store amidst the darkness certainly elevated the cosy feel. You could almost picture this as part of a quaint town in a Hallmark Christmas movie.

But no one quite embodied the laidback vibe like this man, who sat with his feet up on an empty chair, seemingly in conversation with someone on the phone. 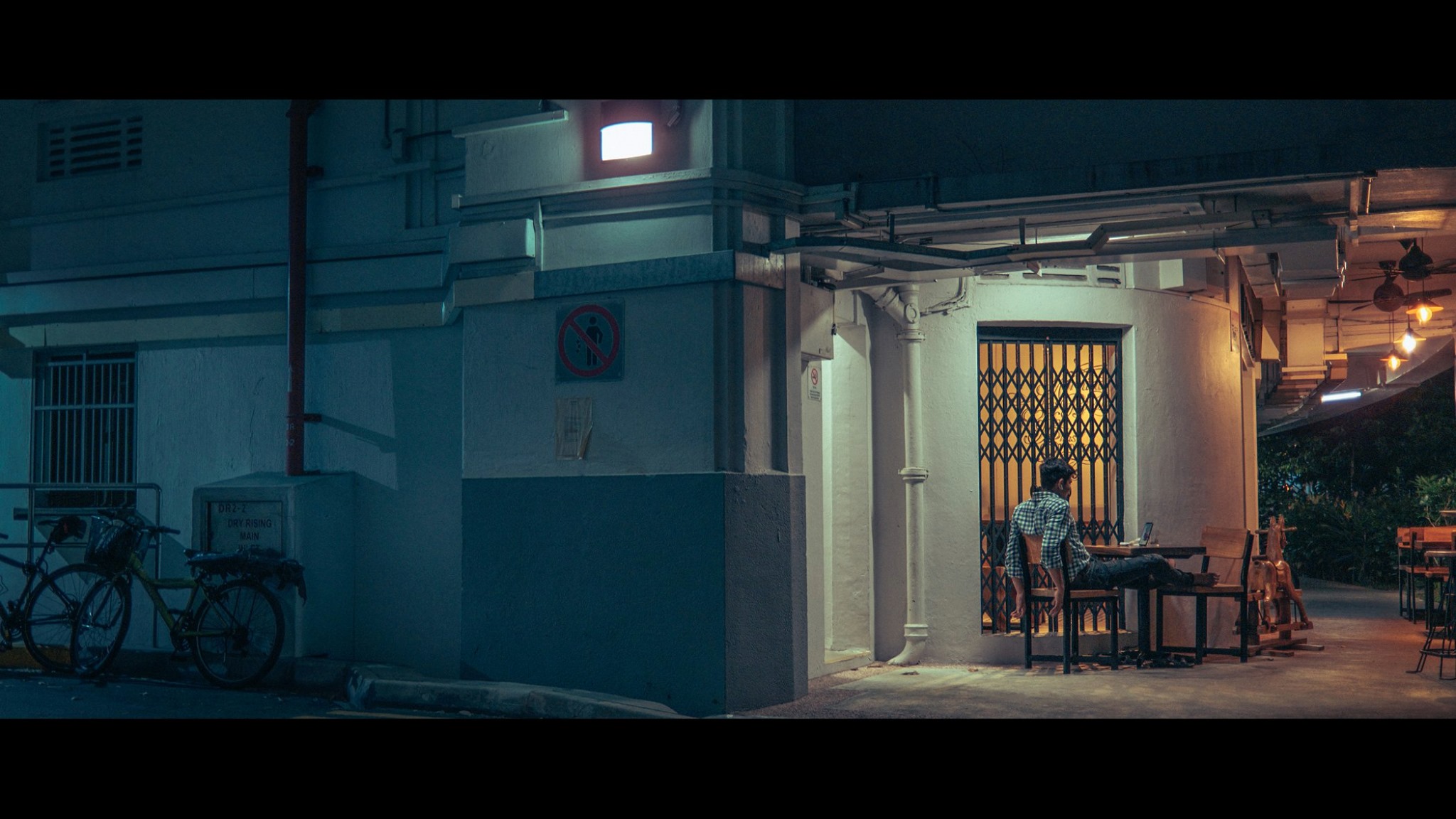 From these photos alone, one can imagine just how peaceful that night must’ve been.

Scenes look like they’re from a Wong Kar-wai film

Slurping up hot porridge in the quiet of the night seems to be a common pastime, as Nikko spotted a few customers at the famous Ah Chiang’s Porridge restaurant at Tiong Poh Road. 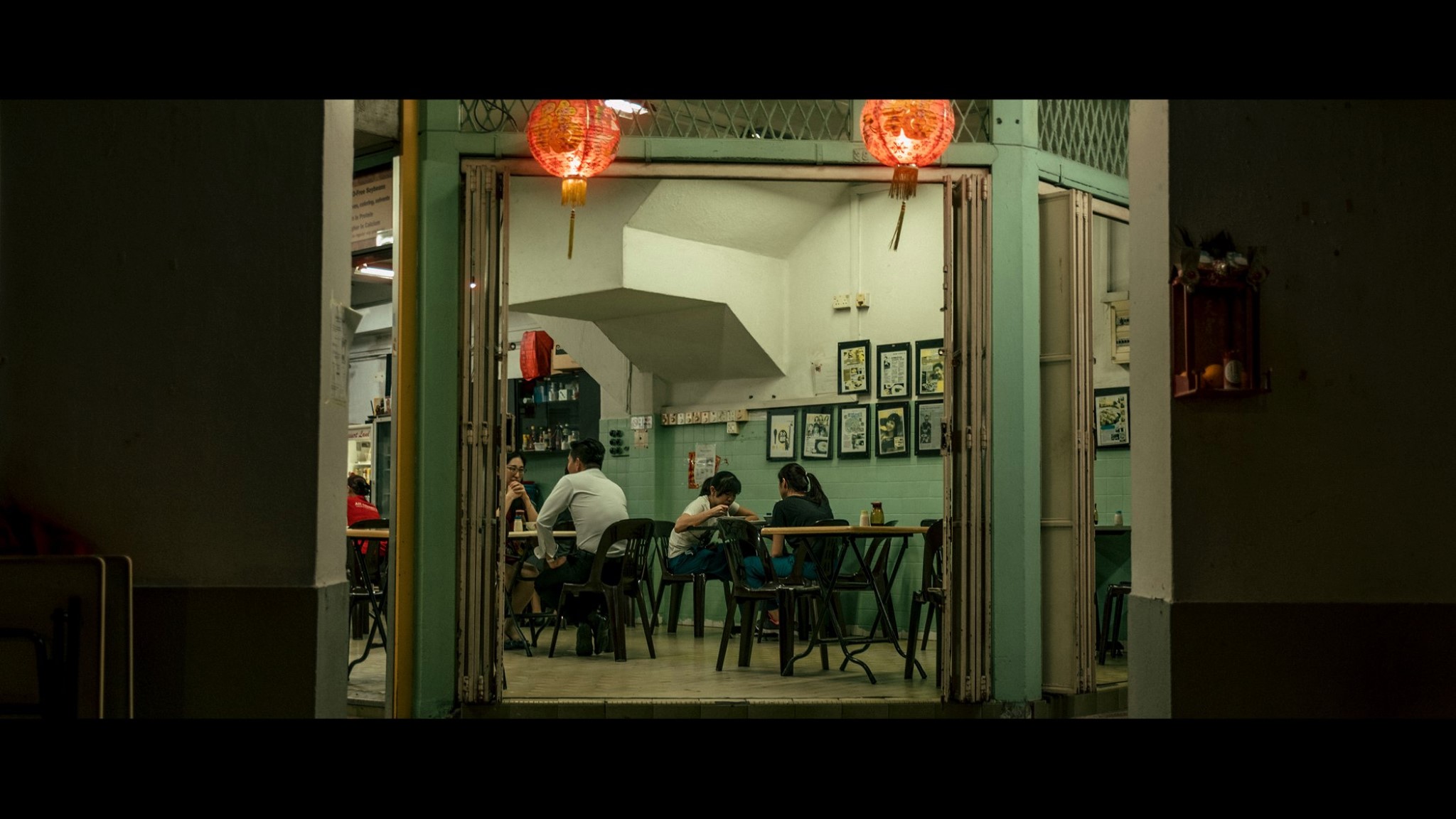 The vintage setting, vivid colours and atmosphere reminded him of a Wong Kar-wai film set, from famous movies like “In the Mood for Love”.

A peek into a back alley mirrored a similar scene, with staff digging into their meals after a hard day’s work in the kitchen. 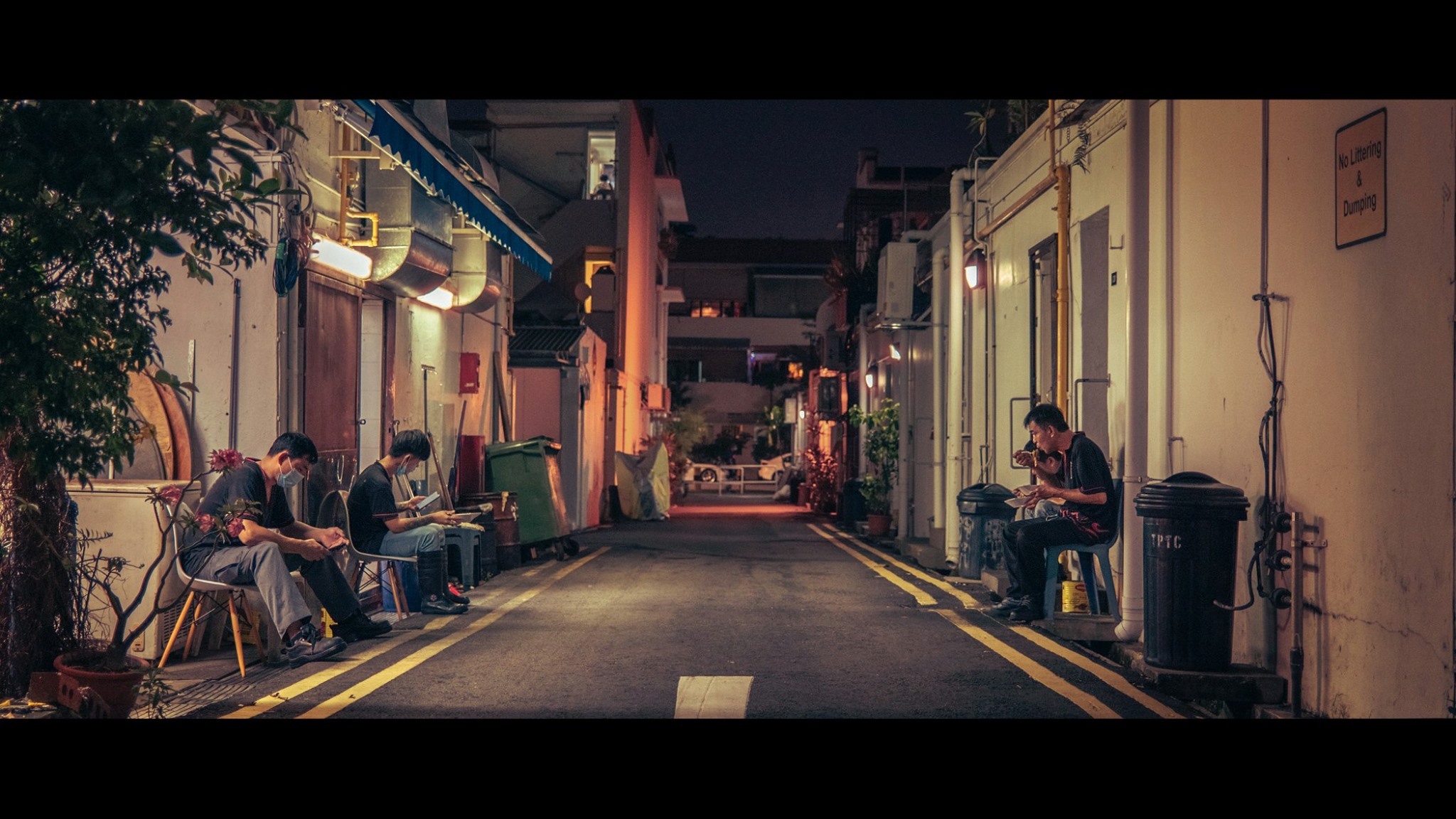 Stare into the alleyway long enough, and you can envision Andy Lau running down it in dramatic fashion.

An ode to a place some call home

Nikko ends the set poignantly with a shot of an uncle walking in the dark, possibly heading home. 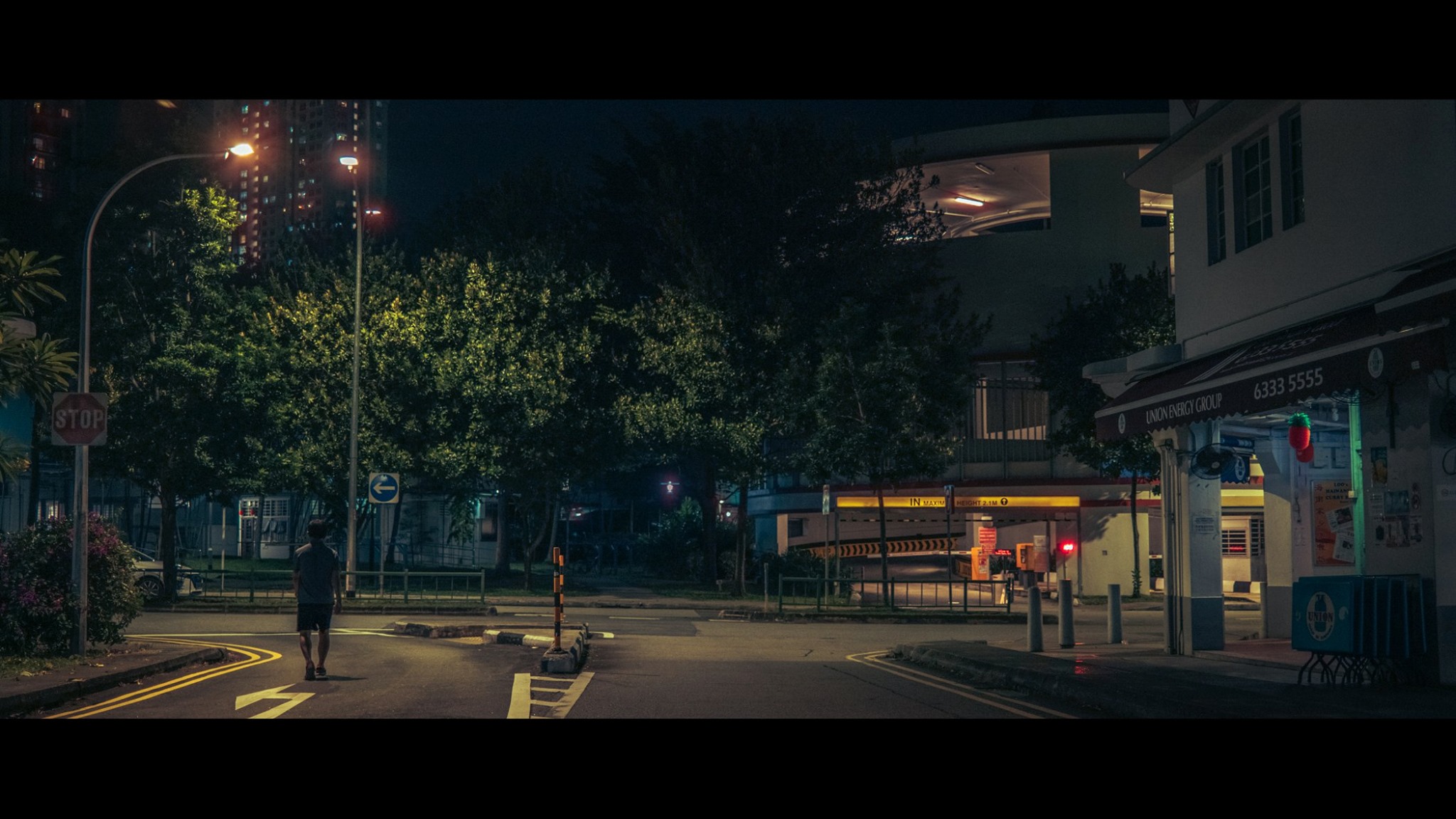 Evoking a sense of nostalgia, he relays his own longing to return home to Manila for the holidays, which the pandemic has unfortunately thwarted.

Nevertheless, Singaporeans overseas have expressed their thanks to Nikko for offering them a comforting slice of home through his photographs.

See Singapore from a different perspective

While recent circumstances have forced us to remain in our Little Red Dot, it shouldn’t be an excuse to gripe or complain.

Instead, we should take this chance to rediscover our city and seek different perspectives.

Who knows, you’ll be able to capture equally stunning photographs like Nikko has. Check out his full album here and Facebook page here, to admire more of his work.