As more people take up cycling as a hobby in the pandemic era, road etiquette and safety have become a hot topic in Singapore.

On 9 Jan, a video of cyclists blocking a car and surrounding it in Outram circulated online. They were upset as the driver allegedly honked at them.

After being squared up, the group of 11 cyclists, who acted aggressively at first, seemed to back off.

On 14 Jan, a video of the incident on 9 Jan at about 1am showed the large group of 11 cyclists riding along New Bridge Road.

As the driver turned into Keong Saik Road, the cyclists obstructed his way, and the driver allegedly honked at them.

It seemed the cyclists took this personally. Moments later, they overtook the car and blocked the driver’s path when he was near Keong Saik Bakery.

They surrounded the car and acted aggressively, confronting the driver. At one point, one cyclist even hit the car’s bonnet.

Driver gets off car to confront cyclists in Chinatown

It seems that’s not all there is to the story. In the follow-up video, the driver gets off his car to confront the cyclists.

Many overlapping voices could be heard in the video. But the driver’s one stands out as he loudly antagonises the cyclists in Hokkien, asking them not to be an “ah gua“, a term used to refer to effeminate men. 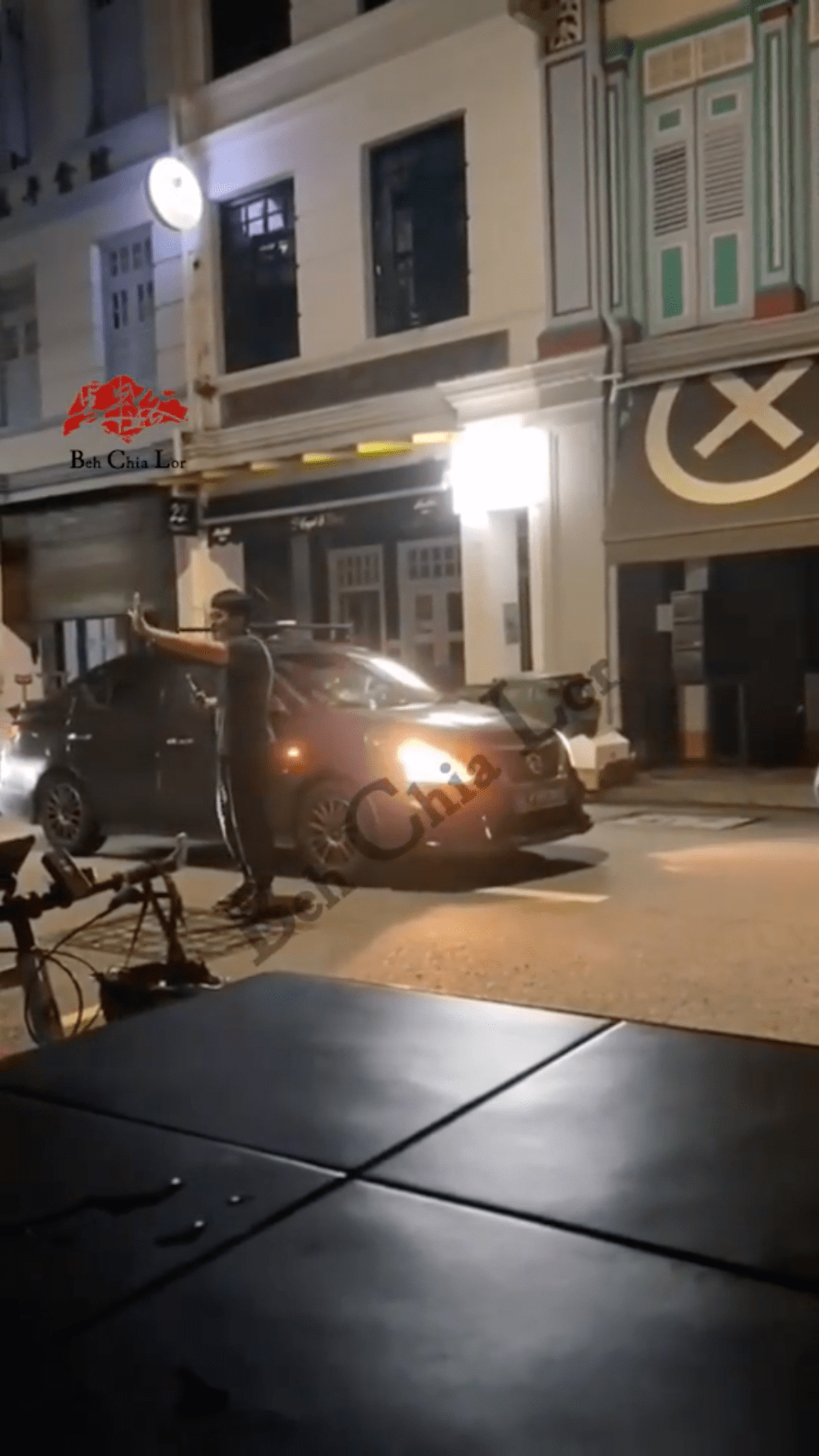 He then motions to the cyclists, asking them to come at him. At this point, they have all seemed to back off, standing at the sides of the road.

While much of the words exchanged are unintelligible, a cyclist crosses the driver’s path at one point and says he’s only looking for trouble. 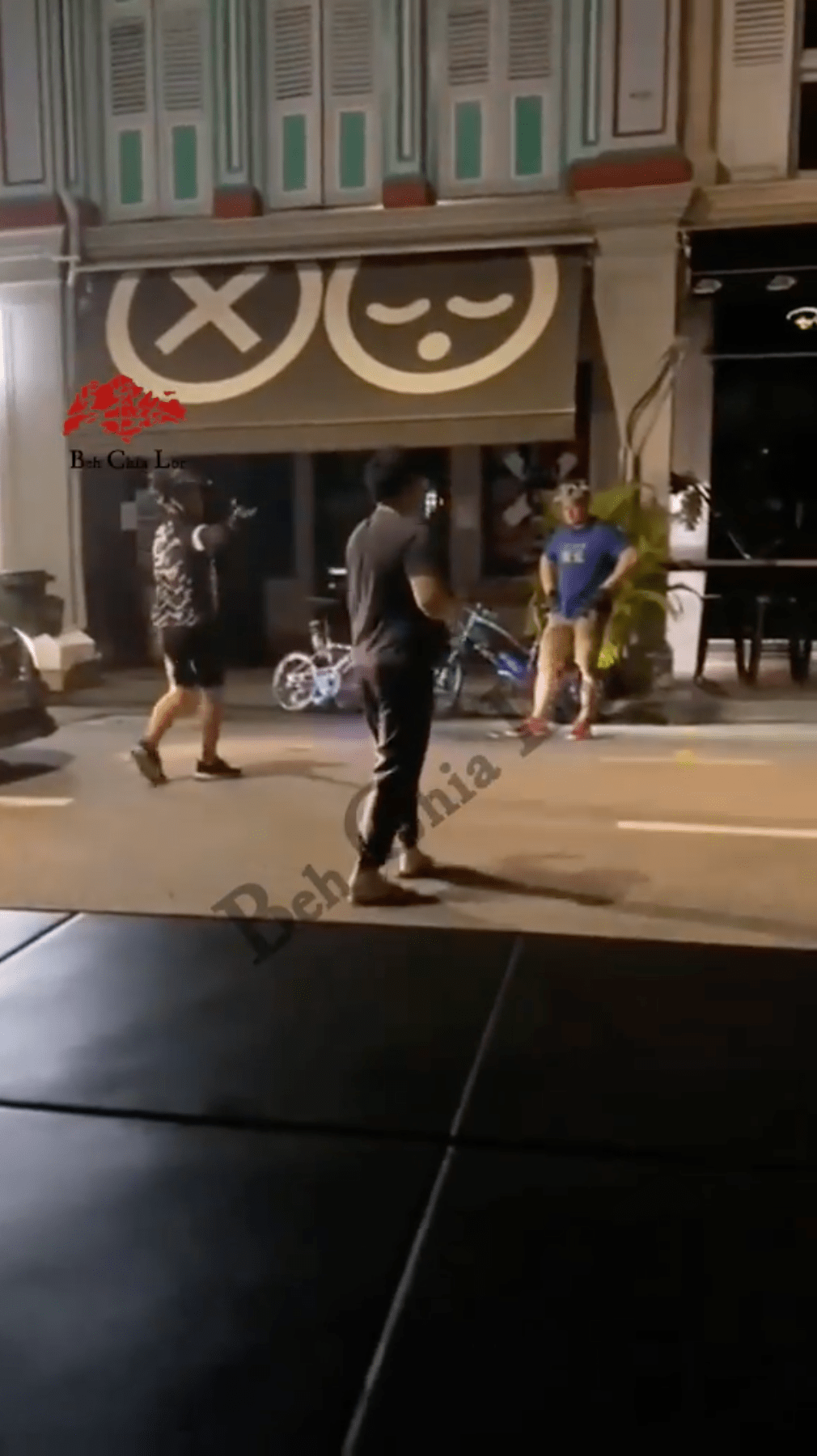 As the driver makes his way back to the car, he could be heard asking all of them to go away. 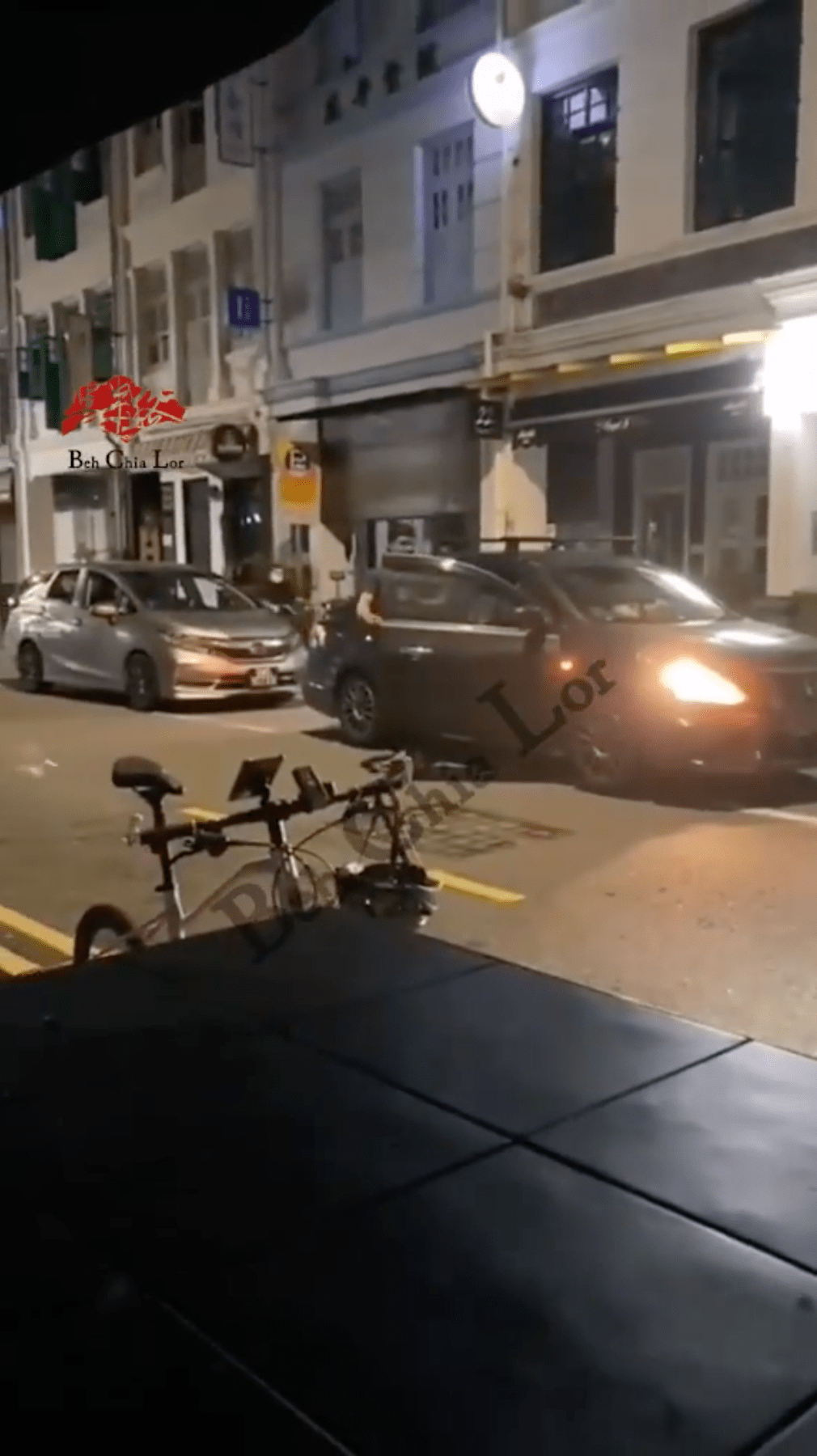 The short clip then ends with a picture of the driver on his phone.

The video appeared to be released to show the cyclists’ point of view.

However, many netizens still sided with the driver, saying he had to resort to being “garang” to prevent being bullied.

Others also pointed out that the cyclists’ behaviour when being confronted by the driver was a stark contrast to their initial actions.

No matter who is at fault, this netizen believes that we have to respect one another.

Be gracious to one another

With cyclists and drivers sharing roads, disputes are bound to arise from time to time.

However, all road users should prioritise personal safety and not be quick to assign blame.

After all, we can all do with more graciousness and courteousness to make our roads a more pleasant place for all.