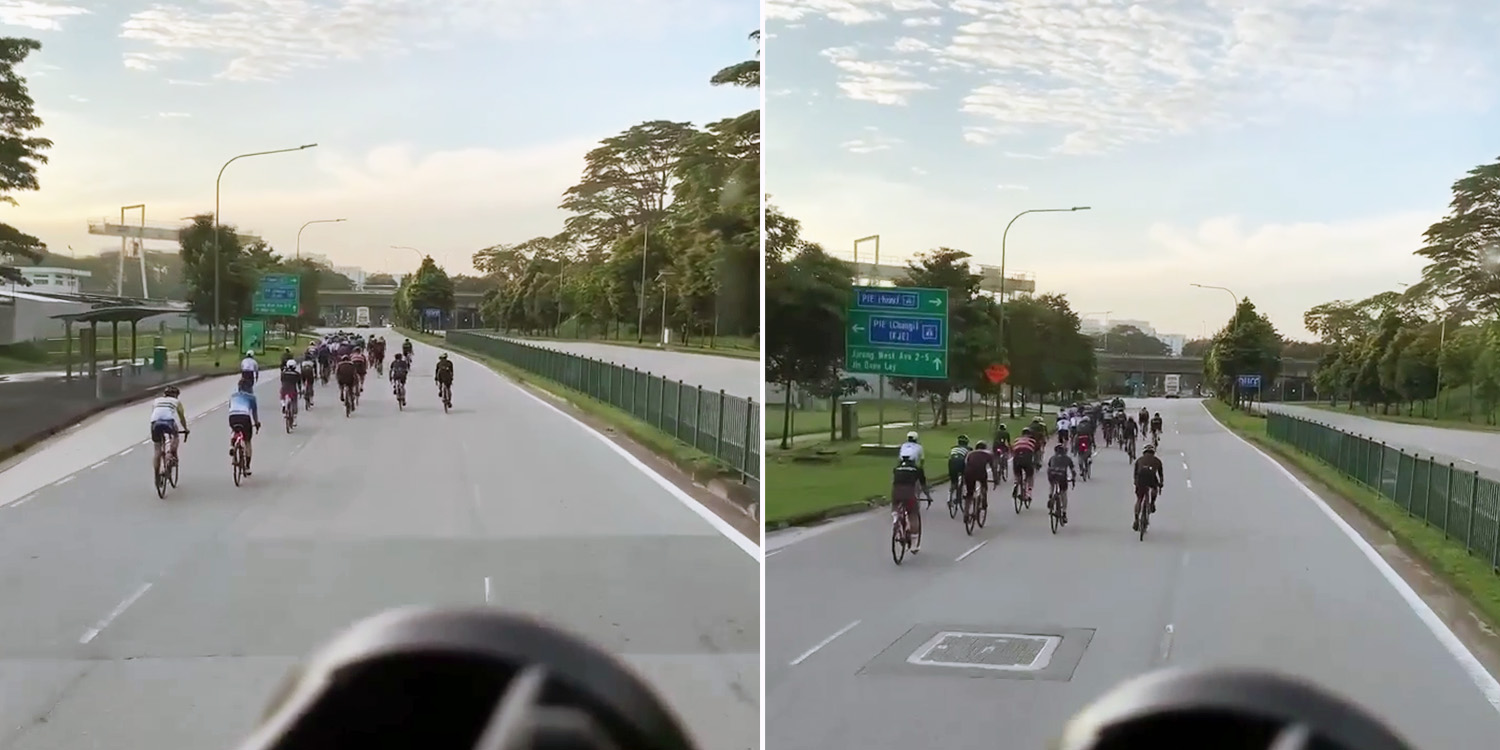 They were seen hogging 2 out of 3 lanes.

Road safety is an evergreen topic in Singapore. It always sparks intense discussion when videos of ostensibly reckless driving crop up online.

Despite everything that has been said and done about safe cycling on roads, the message might have flown right over the heads of some.

This morning (5 Sep), a motorist shared a video of a large group of cyclists travelling in Tuas.

According to the video posted to the Complaint Singapore Facebook group, a motorist said he encountered a horde of cyclists travelling on Jalan Bahar early Sunday. He urged them to ride safely.

In the 51-second footage, we can see some 30 cyclists captured in the frame. 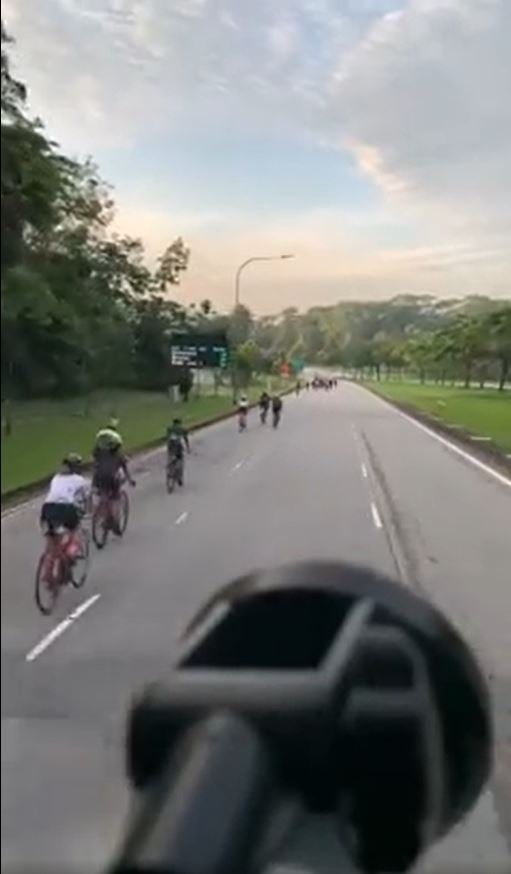 However, it is unclear whether they are cycling together in a huge group or simply strangers who decided to cycle along the same road at the same time.

Although the road has 3 lanes, we can see that the larger group travelling in front ended up hogging 2 lanes. This essentially left the motorist with no choice but to travel only on the rightmost lane.

Netizens urge for action to be taken

Many netizens were rightfully perturbed by the video, citing safety issues. Some, like these two, urged the Land Transport Authority to enforce safe riding and take action against errant cyclists. 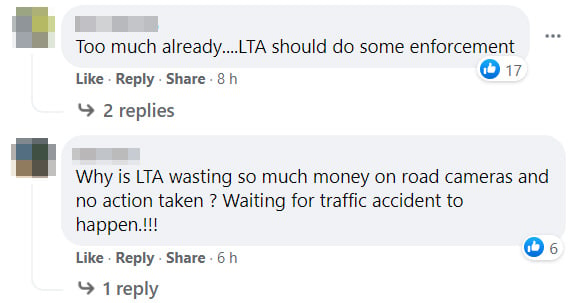 One bemoaned the lack of awareness by cyclists, saying that they should be “automatic”, presumably referring to the initiative in following the rules.

Another lamented that cyclists should stick to one lane and show respect for the other lanes.

Many others were equally concerned over the act of road hogging as they occupied 2 out of 3 lanes.

Under the Road Traffic Act, those who ride a bicycle, power-assisted bicycle, trishaw or tricycle on the road must ride their vehicles to the far left edge of the road.

Be considerate of others when you’re on the road

Cycling is a common hobby among Singaporeans now. But we must always be considerate of others and practise safe riding no matter the time of day.

Perhaps, the cyclists in question may have assumed it was okay to ride on 2 lanes since it was still early in the morning.

It might be okay to ride side by side with your kakis, but road hogging is often frowned upon and, more notably, a punishable offence.

Here’s a list of 8 cycling rules you might unknowingly break so that you’re more aware next time. Travel safely, everyone.