Usually, Traffic Police (TP) officers are responsible for enforcement of our roads and they’re around to help keep motorists safe.

As such, road users are conditioned to hear bad news if these officers ask you to pull over.

That was the exact fear a biker had — only for the truth to be rather more complimentary. 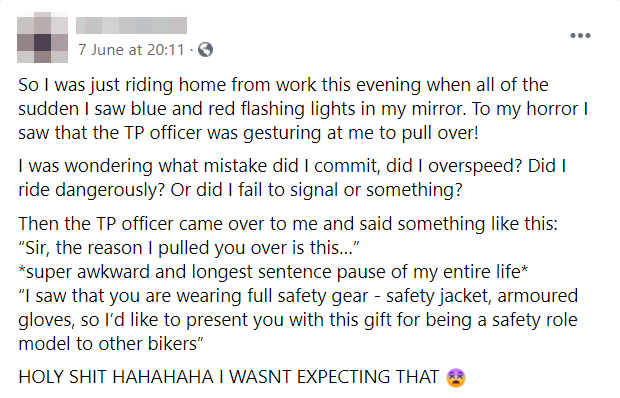 Turns out, the TP officer was simply offering a gift as the biker had donned full safety gear.

Biker frets over being stopped

The biker, Mr Lee, was riding home from work on Monday (7 Jun) when from his mirror he spotted blue and red flashing lights.

That usually means one thing — a TP officer.

And even worse, he was gesturing at Mr Lee to pull over.

A million thoughts went through Mr Lee’s mind at this point, since surely a TP officer wouldn’t pull someone over if they didn’t have some traffic violation.

Was he speeding? Dangerous riding, like tailgating? Or had he failed to signal?

It was a mystery at that point.

Eventually, the TP officer came over to Mr Lee, and the biker must have been sweating under his helmet and gloves.

“Sir, the reason I pulled you over is this…”, the officer began.

And after what felt like the longest pause of his life, the officer presented him with something. 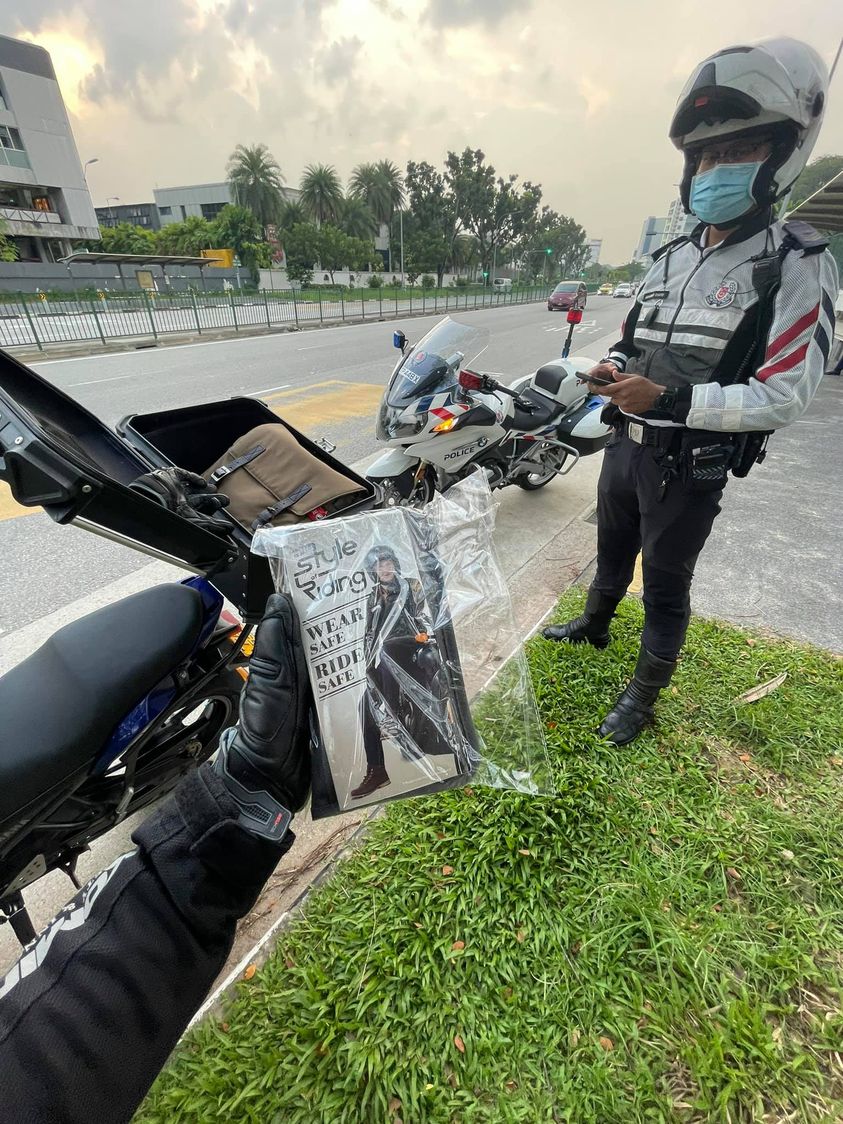 It wasn’t a summons as he first feared, but a gift bag.

The reason for this was that Mr Lee was dressed in full safety gear, as can be seen from the image he shared.

This included a safety jacket and armoured gloves.

As such, the TP officer presented him with a gift for being a safety role model to other bikers.

Imagine the shock and relief. Happiness probably didn’t even occur until later. 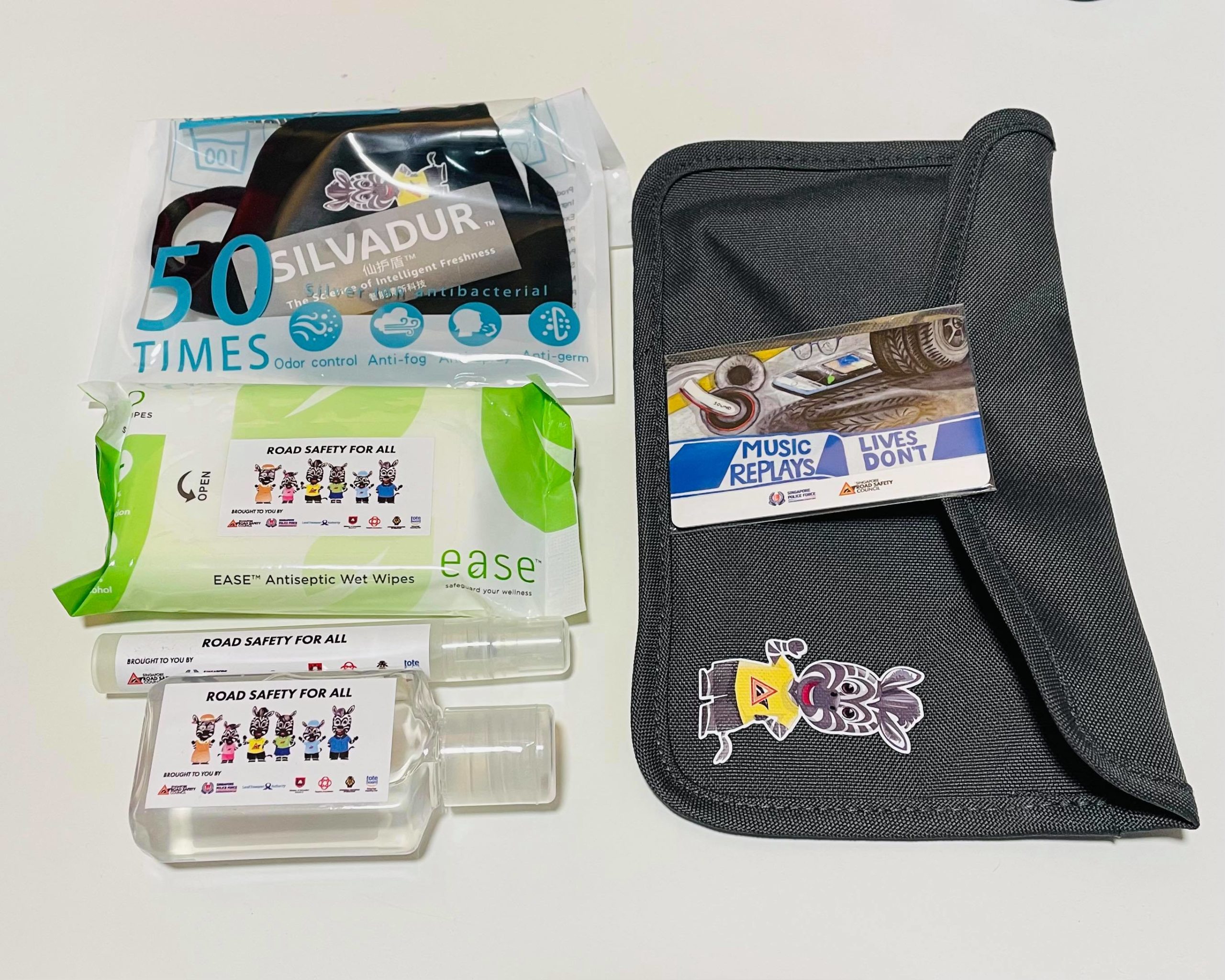 Among them were a mask, hand sanitiser, a surface sanitiser, some antiseptic wet wipes, a TP Use Your Roadsense ez-link card, and a pouch.

Mr Lee also explained that after crashing 3 times in his first month of riding, he definitely learned his lesson and wore the safety gear after that.

We guess the best teacher is experience sometimes.

Wear your safety gear when riding

Motorcycle accidents can happen at any time, no matter how safely you’re riding.

The fact is that we can never be too prepared, and one mistake can be enough to change one’s life trajectory quickly.

Last year, there was a campaign to reward riders for generally being safe.

So now you know that you might get a gift from your TP friends, do put on your safety gear when out biking.

Featured image adapted from Facebook and courtesy of Mr Lee.