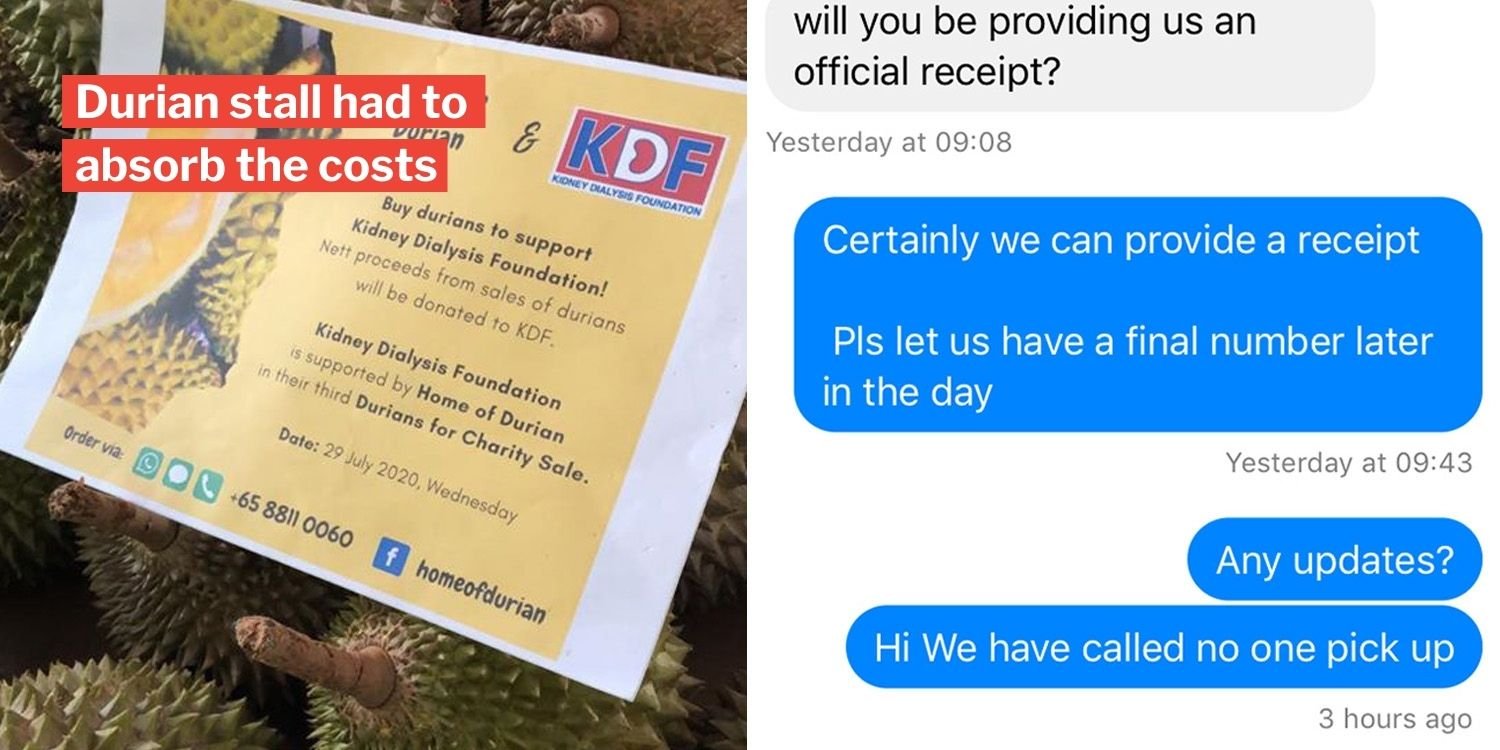 The customer was unreachable after that.

Singaporeans love their durians, all the more so when their money spent is going to a good cause.

On Wednesday (29 Jul), durian stall Home of Durians held a charity sale to support Kidney Dialysis Foundation (KDF), where they’ll be donating their nett profits of the day to the foundation. 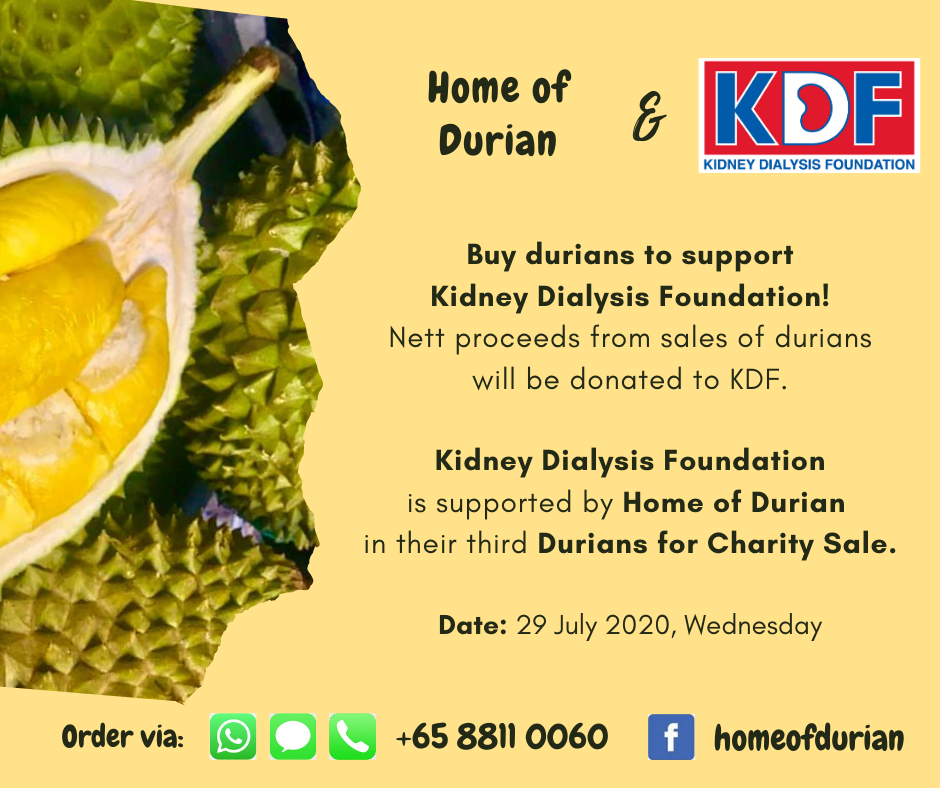 Home of Durian had previously organised these events without incident.

However, this joyous goodwill event was marred by one particular buyer, who apparently ghosted them after making an order for 100kg worth of durians.

This was Home of Durian’s 3rd run of the ‘Durians for Charity Sale’ event. They had not expected this run to be any different from the previous ones.

But this time, a buyer had purchased 100kg worth of durians in support of the event. 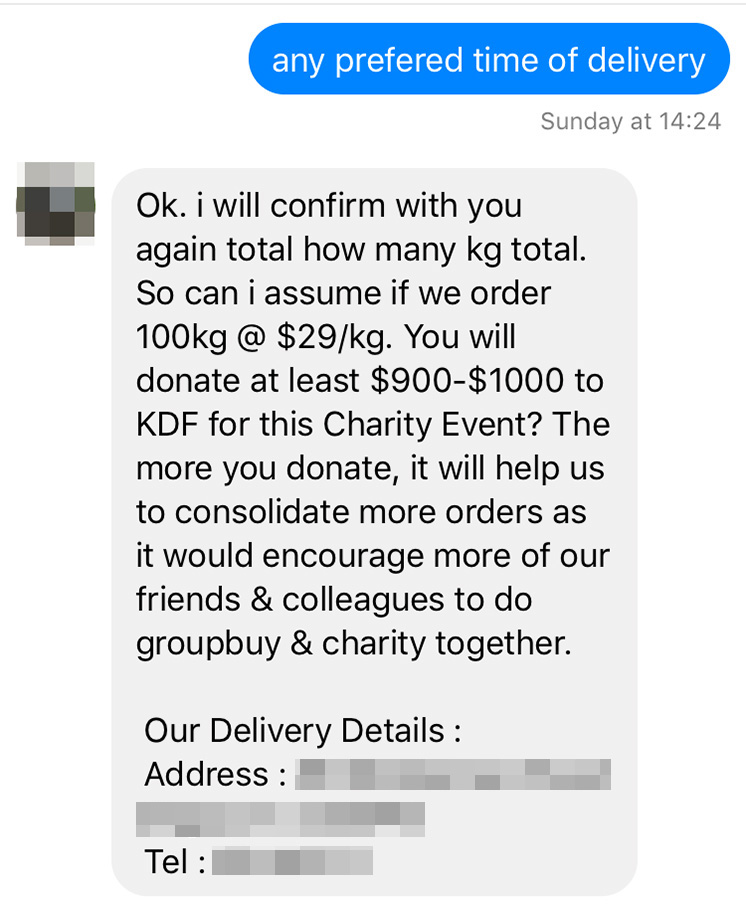 Image courtesy of Home of Durians

The customer sounded genuine in buying the large amount of durians, personally clarifying the pricing with the seller.

He even specifically checked that the proceeds would go to KDF during this charity event.

The seller’s happiness from the big order had slowly fizzled away as the day went by.

The customer who had initially told him he was consolidating orders from friends and colleagues suddenly did not respond. 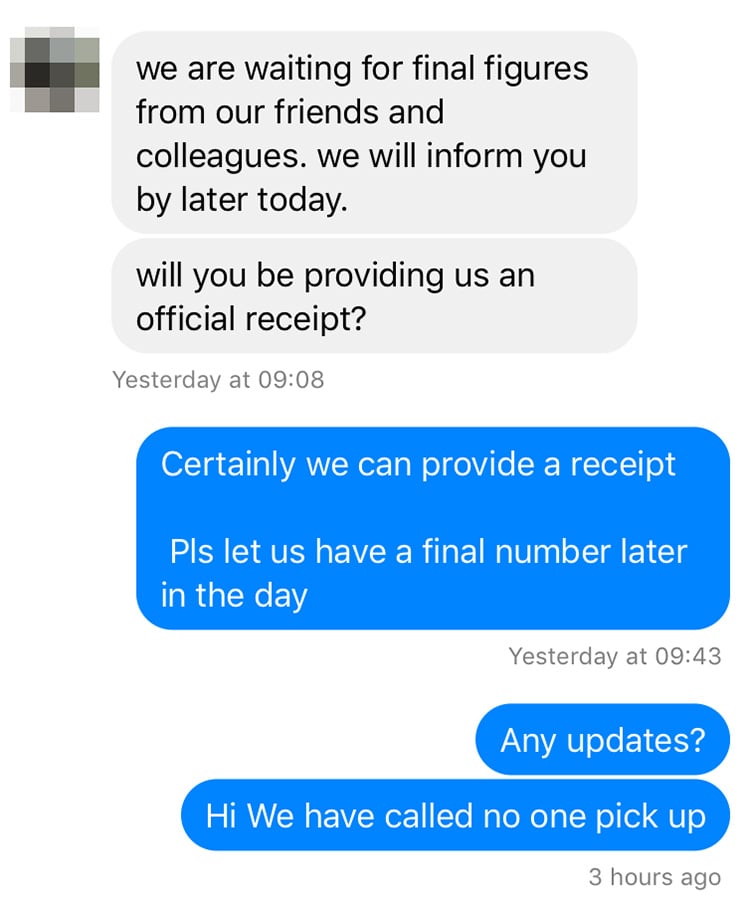 Image courtesy of Home of Durians

The stall had tried to message and call him but all forms of contact were to no avail.

The buyer did not respond to messages or pick up calls. To make things worse, the seller had contacted the customer’s place of delivery and they were told no such person existed.

Durian stall had to absorb costs, warns of scammers

Home of Durians told MS News that they will have to absorb the costs from this large order themselves.

The incident left the seller questioning the buyer’s intentions and wants to raise awareness of scammers to other businesses. 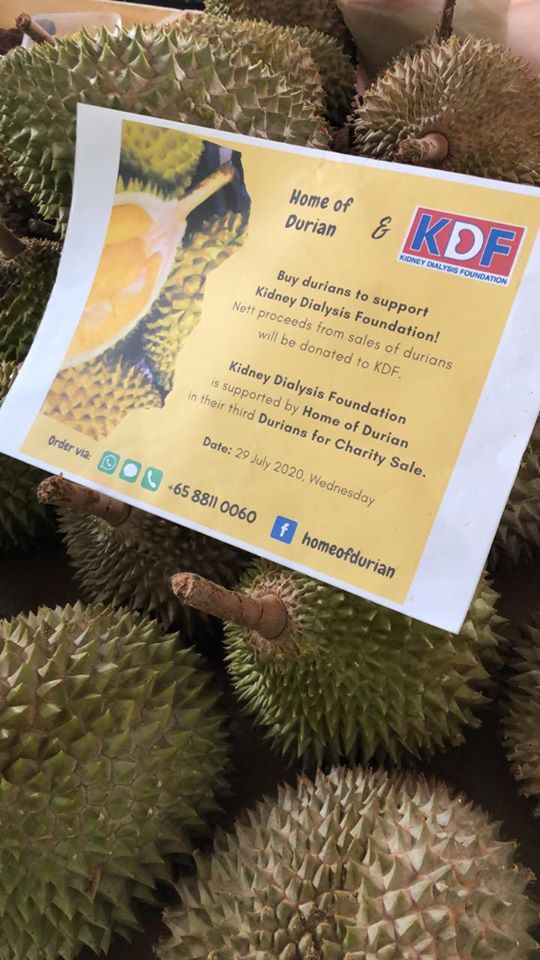 We have seen how irresponsibility on either side, buyer or seller, can result in great inconvenience and frustration for others.

And in this case, this thoughtless customer had cost the stall that was trying to do good, both physically and financially.

Merchants are too often at the mercy of irresponsible individuals who cancel orders at their will, without thought for others.

Let’s all play our part to make a more civil marketplace for both buyers and sellers to operate in.

Here’s another durian debacle to sink your teeth into:

Featured image adapted from Facebook and Home of Durians.