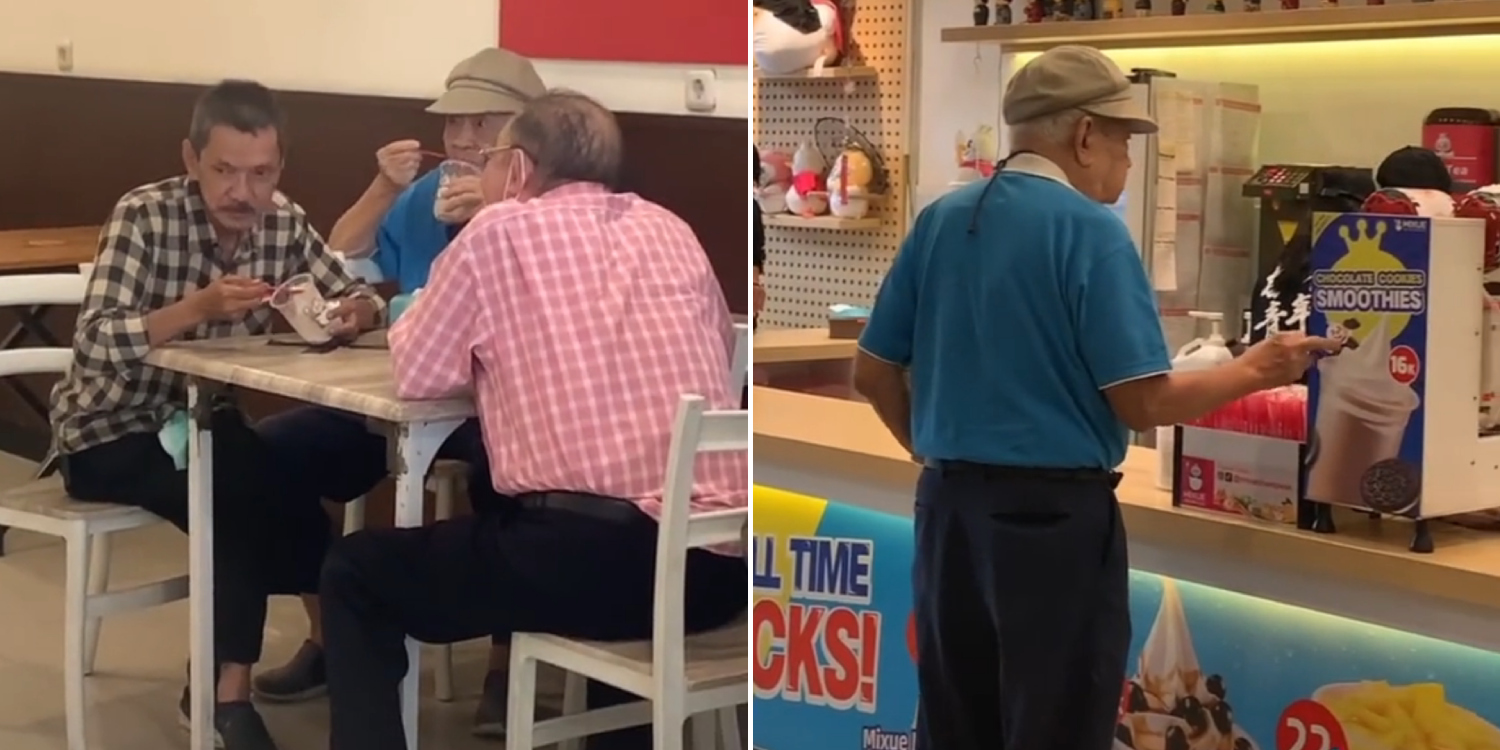 Netizens are calling it "grandpa's day out".

Most of the time, we might think of ice cream as something that’s more popular among younger folks. However, there is definitely no age limit when it comes to enjoying the frozen treat.

Recently, a TikToker posted a video of three elderly men hanging out at a cafe in Indonesia. But instead of sipping on kopi or beer like seniors usually do, they were enjoying ice cream together.

The wholesome scene went viral, and other users have dubbed it “grandpa’s day out”.

A couple of days ago, TikTok user @skzhhjgf shared a video taken in an undisclosed ice cream parlour. Judging from the language on the posters in the background, it’s believed that this took place in Indonesia.

The clip starts with an elderly uncle walking up to the counter and confidently tapping on a picture of a chocolate smoothie, indicating that he wants it.

As it turns out, he’s not alone.

The scene switches to him sitting at a table with two other men who look to be around the same age.

They’re seen happily digging into their ice creams while chatting at the same time.

The simple yet wholesome video has since gone viral, racking up over 1.5 million views and over 310,000 ‘likes’ at the time of writing.

One commenter called it “grandpa’s day out” as others chimed in agreement.

Another remarked that the three elderly men’s “friendship is sweeter than the ice cream”.

This user can’t get over how “cute” the first grandpa was when he pointed at the item he wanted.

According to this netizen, the uncles must have worked very hard when they were younger because it’s clear that they are enjoying their golden years to the fullest.

Many others also gushed about how full their hearts were after watching the video.

This sweet and wholesome lepak session sure makes us hope that we can still enjoy such lovely friendships when we’re older.

In a world that’s seemingly full of bad news and tragedies, it’s encouraging to know that there are still little moments like this that can touch people’s hearts.

Now, we wonder if the grandpas would be willing to dance to Shake ‘N Dip at McDonald’s for a free cone.