SP Group Electricity Tariffs Up By 8% For Q3 2022, Higher Energy Costs Due To Ukraine War 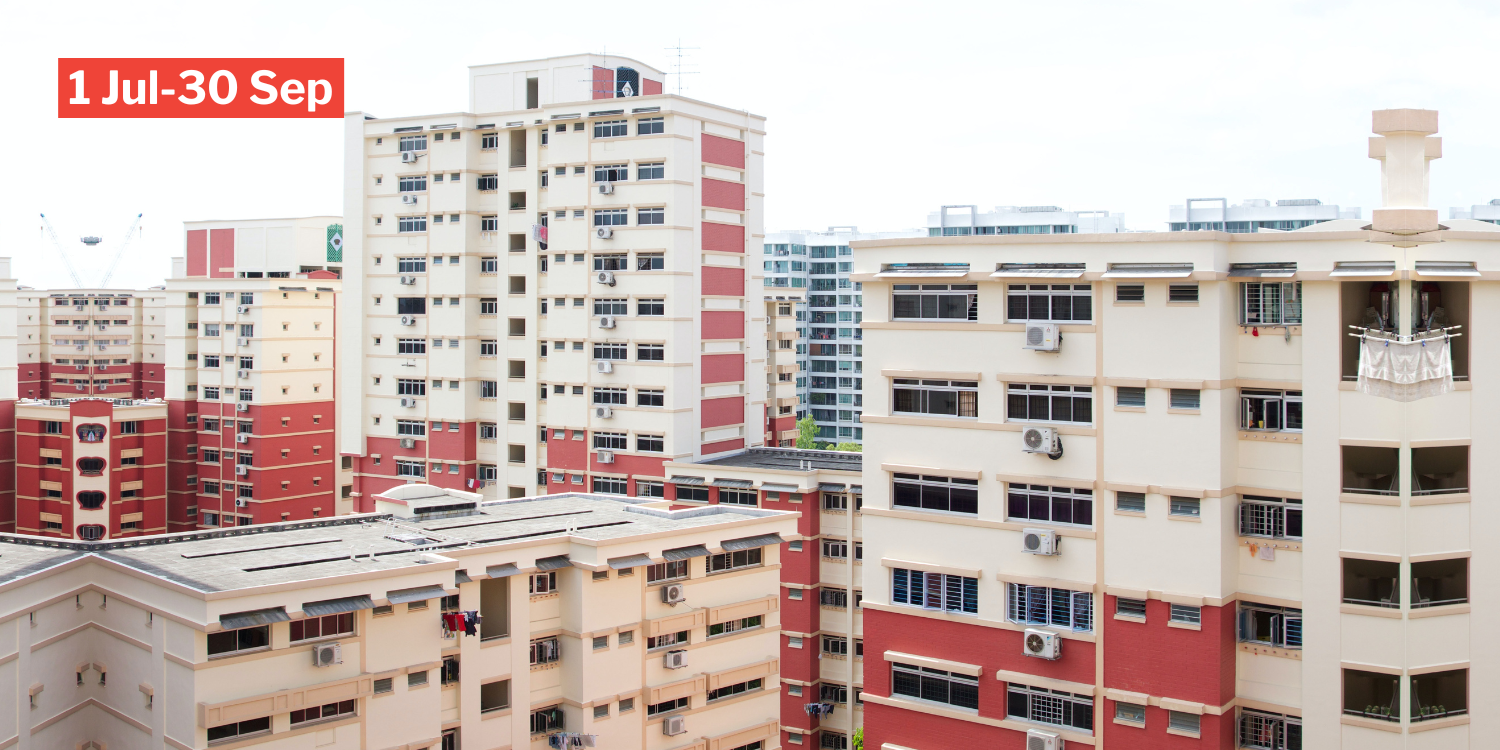 Gas tariffs have increased for Q3 as well.

For the past few months, Singaporeans have seen the prices of goods and services rising for a myriad of factors.

Unfortunately, the surging costs may not stop anytime soon.

On Thursday (30 Jun), SP Group announced that electricity tariffs will increase by an average of 8.1% for the period from 1 Jul to 30 Sep. This is reportedly due to higher energy costs arising from the ongoing conflict in Ukraine.

With the move, electricity tariffs have gone up for six consecutive quarters since Apr 2021.

SP Group announced the tariff increase through a press release on Thursday (30 Jun).

Compared to the previous quarter, electricity tariffs will rise by an average of 8.1%. The increase apparently occurred as a result of higher energy costs brought about by rising global gases and oil prices.

These prices have also escalated due to the ongoing conflict in Ukraine.

Before taking GST into account, electricity tariffs for households will increase from 27.94 cents to 30.17 cents per kilowatt hour (kWh) for Q3 2022.

As for those in HDB executive apartments, their bills will rise by an average of S$11.76. 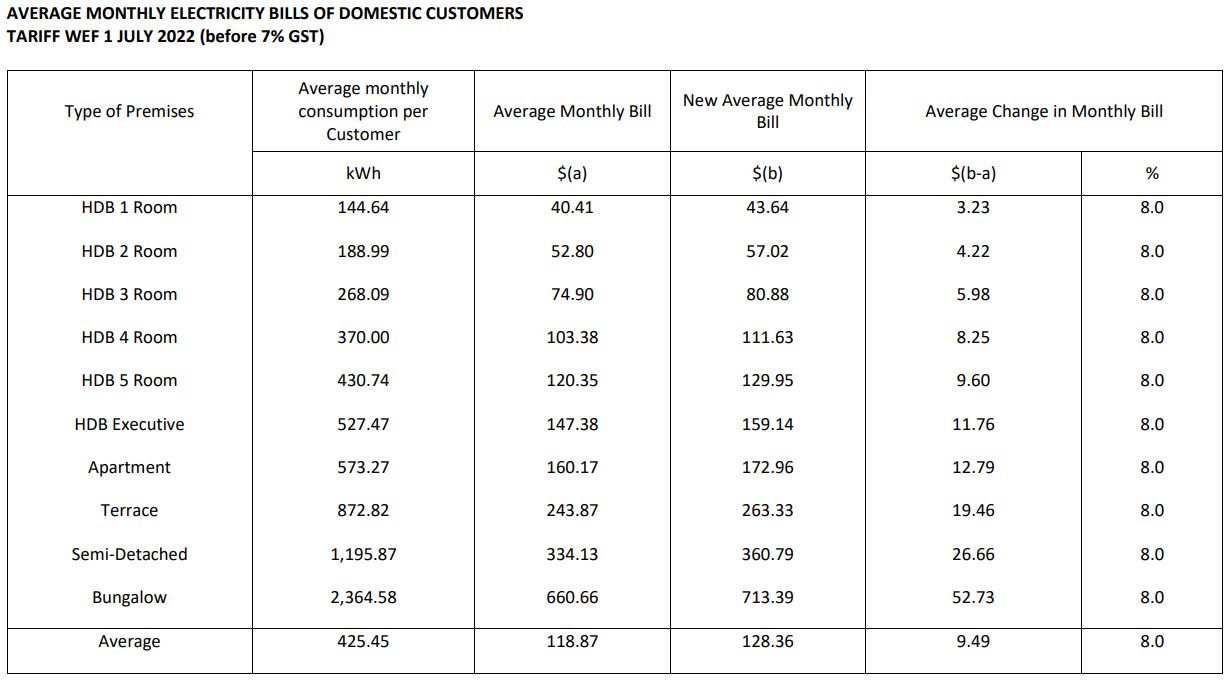 With the latest increase, electricity tariffs have been on the rise for six consecutive quarters. 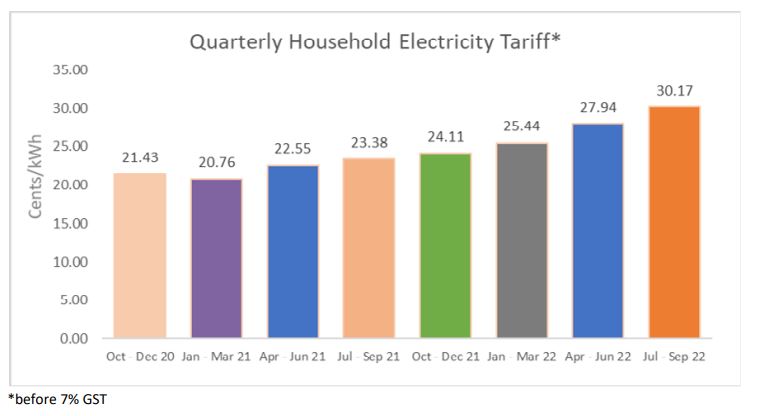 Gas tariffs also on the rise

Unfortunately for us, electricity tariffs are not the only burden for our bills.

City Energy also announced on 30 Jun that gas tariffs will go up as well by 1.43 cents per kWh. While these tariffs cost 21.66 cents per kWh previously, they will be priced at 23.09 cents per kWh from 1 Jul to 30 Sep, excluding GST.

The rise is apparently a result of higher fuel costs as compared to the previous quarter.

City Energy’s review of the gas tariffs is apparently based on EMA’s guidelines as well. The tariffs below have been approved by EMA.

The outlook certainly does not look good with collective finances for households set to heighten for the rest of this year.

Hopefully, the financial aid put together by the government will help cushion the blow brought about by rising costs, especially for lower-income families and those who are vulnerable.

Perhaps most importantly, we hope the ongoing conflict in Ukraine eases soon, and that productive talks between the two countries will help ease the current crisis.