We wonder if any players will be sent to Mars.

UPDATE (17 Aug, 2.30pm): In a reply to his original tweet, Elon Musk clarified that his claim about buying Manchester United was “a long-running joke on Twitter”.

Tesla CEO Elon Musk is well-known for his troll tweets and jokes about buying various companies, but it’s not always easy to tell when he’s joking.

Previously, he announced his intention to buy Twitter and for a while, it appeared possible until Musk tweeted that he was backing out of the deal.

Now, Manchester United Football Club, one of the world’s biggest football clubs, is apparently the new target of the tech entrepreneur.

“Also, I’m buying Manchester United ur welcome”, he tweeted today (17 Aug) in a thread about politics.

The SpaceX founder’s tweet predictably drew the attention of Manchester United fans, who have been frustrated with their current owners – the Glazers – since they bought over the club in 2004.

So it’s perhaps natural that fans would welcome an acquisition by the world’s richest man.

Others joked about how Musk should send certain players perceived as underperforming to Mars, in a reference to SpaceX’s goal to bring people to Mars.

The Glazers face renewed calls to sell the club after what fans perceive as gross mismanagement. Ever since Sir Alex Ferguson retired in 2013, the club has not won a single Premier League title.

Unlike other Premier League club owners, the Glazers collect dividends from the club instead of putting money into it. This, along with a disastrous recruiting process over the past few years, has left fans disillusioned with the club.

To add salt to the wound, Manchester United has just lost its first two games in the Premier League for the first time in 30 years.

Frustrations are also at an all-time high with reports suggesting that superstar Cristiano Ronaldo is looking for a way out of the club after a disappointing return last season. 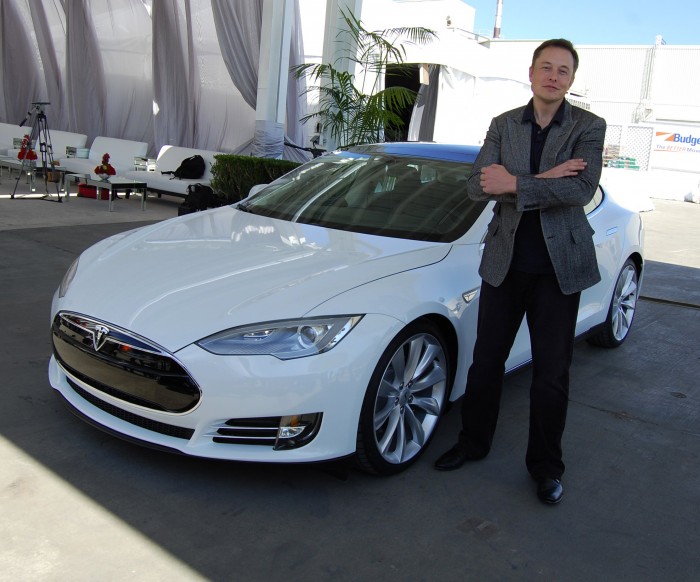 Just one of many jokes from the famous Twitter user

As with many of Musk’s tweets, confusion constantly follows.

Luckily, this time he confirmed that it was indeed a joke, after another Twitter user asked if he was being serious. 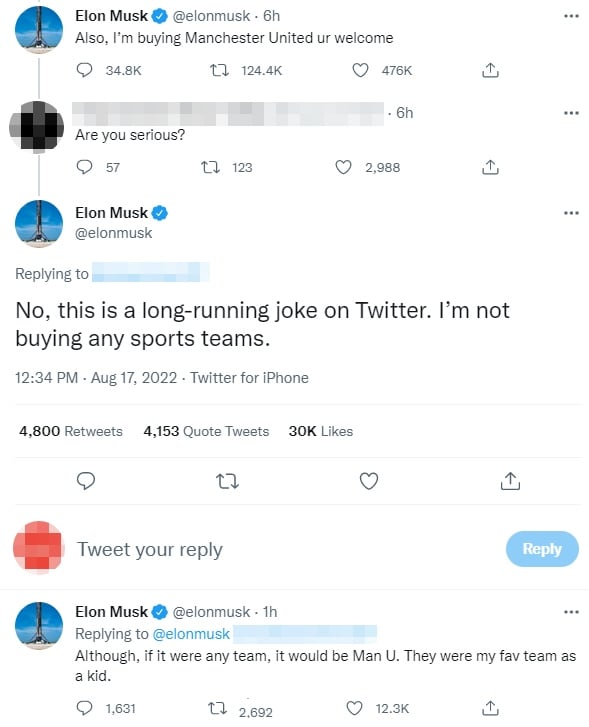 However, he said that if he were to buy a sports team, it would be Manchester United as they were his favourite team growing up.

Do you think Musk’s joke could come true one day? Share your thoughts in the comments.