Must Share News – Independent News For Singaporeans
Home Viral Facebook Ex-Police Dog Passes Away, Loving Owner Got Her A Stroller When She... 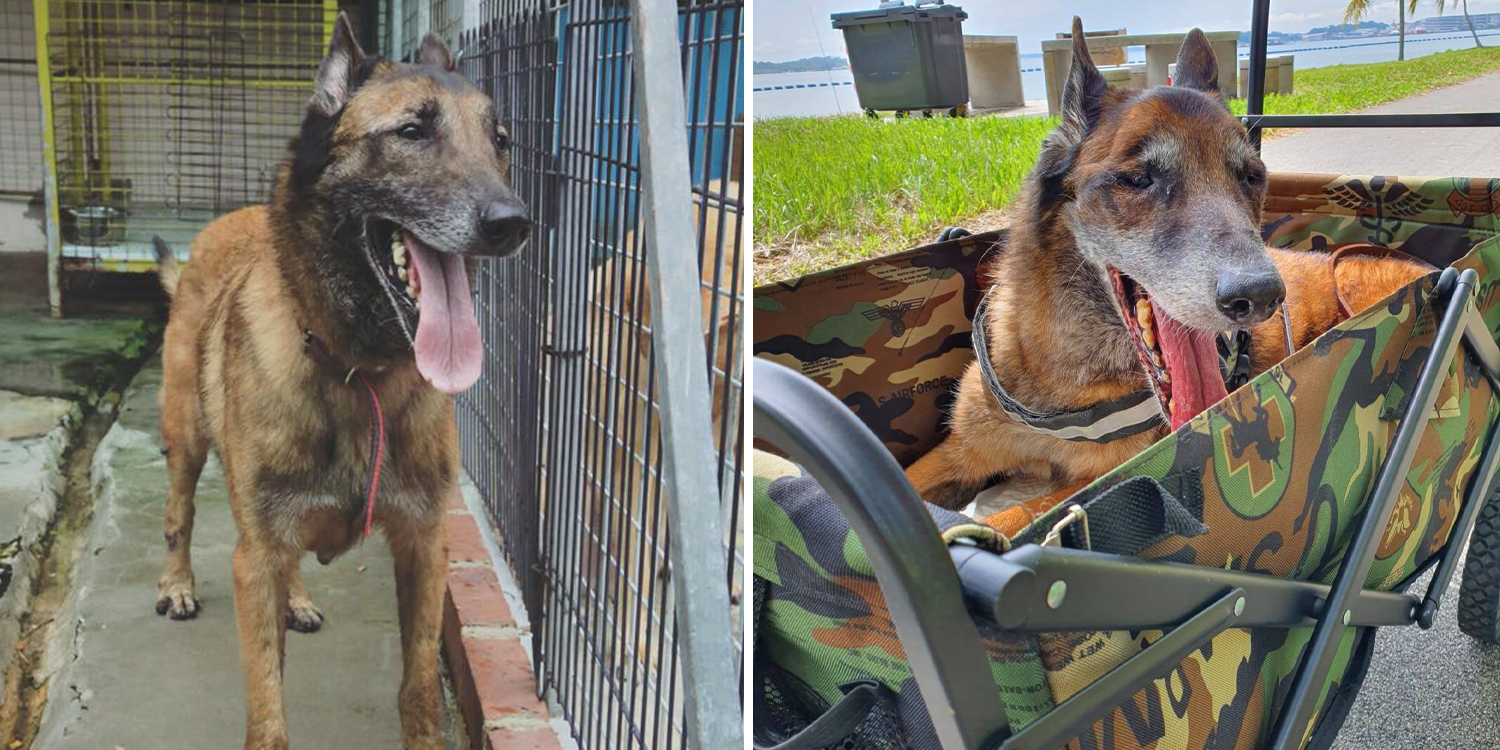 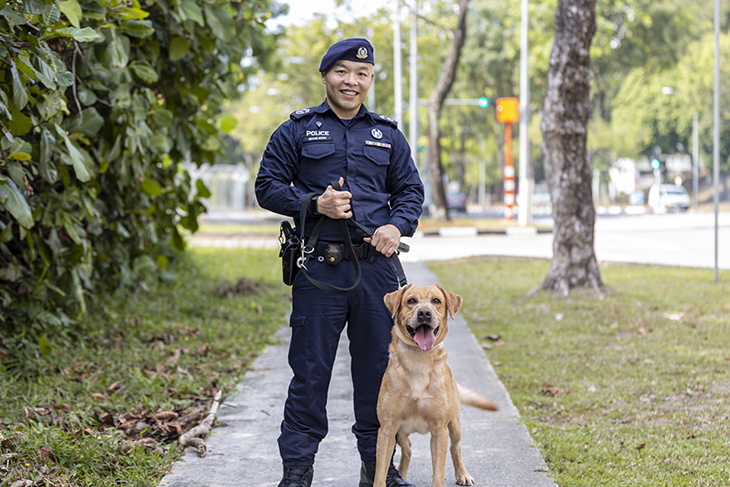 But these canines are not just incredibly intelligent and well-trained, they are, like any other dog, adorable and affectionate. 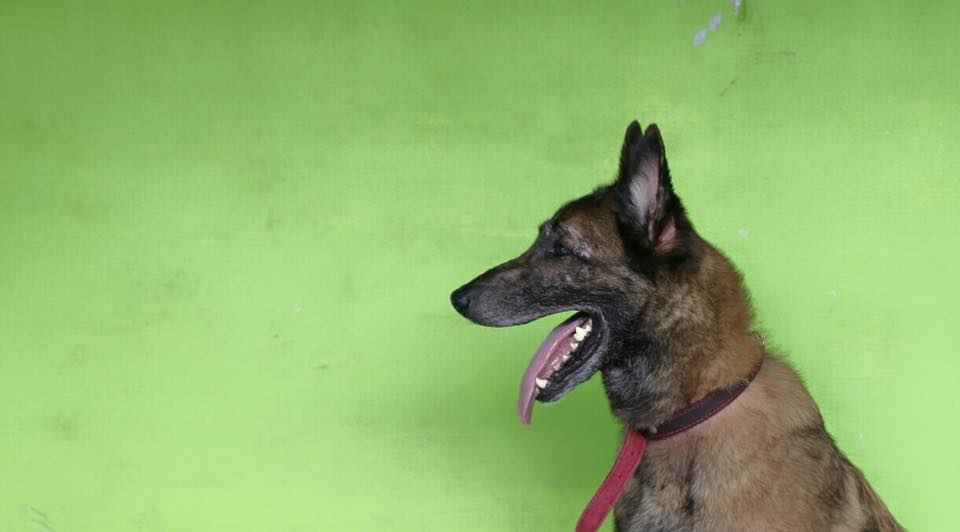 Although there were some initial struggles, Katja eventually found a fur-ever home with a loving family. There, she lived out the rest of her days.

After a life of service, playfulness, and love, Katja passed away peacefully in her sleep on Thursday (3 Sep). Gentle Paws, a local dog shelter paid tribute to her through a Facebook post later that day. Katja retired as a police dog in 2015

According to Katja’s adoption post, the malinois canine retired from the police K-9 unit when she was 10-years-old. She was put up for adoption in Nov 2015. 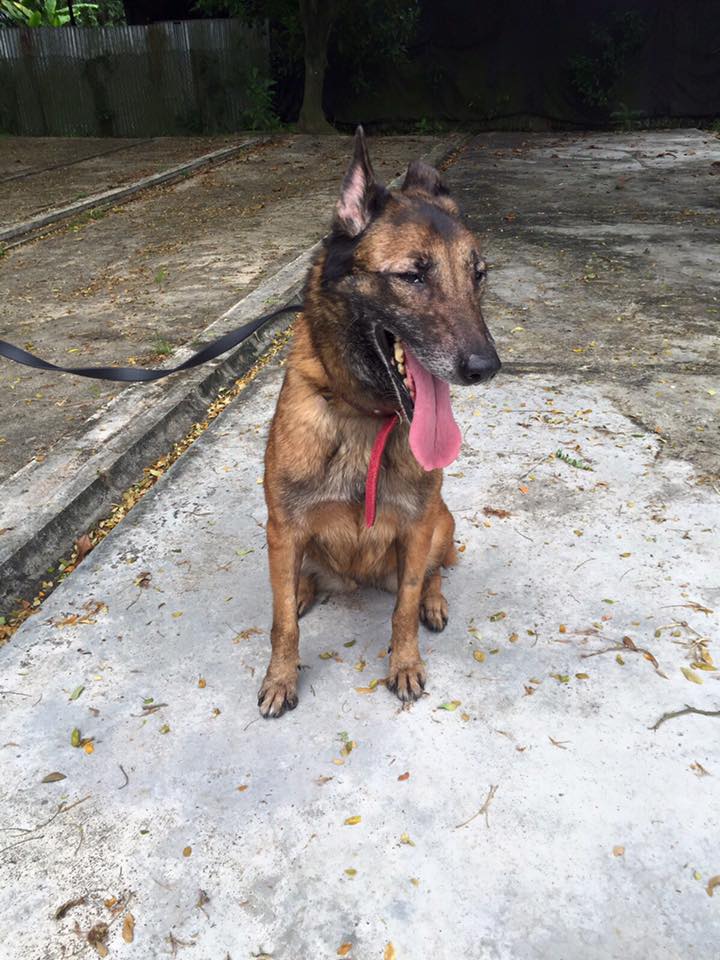 Katja was described as a fun-loving dog who loved games. The ex-police dog was, of course, agile and intelligent.

Even though she was disciplined, the adorable doggo was also affectionate with humans. 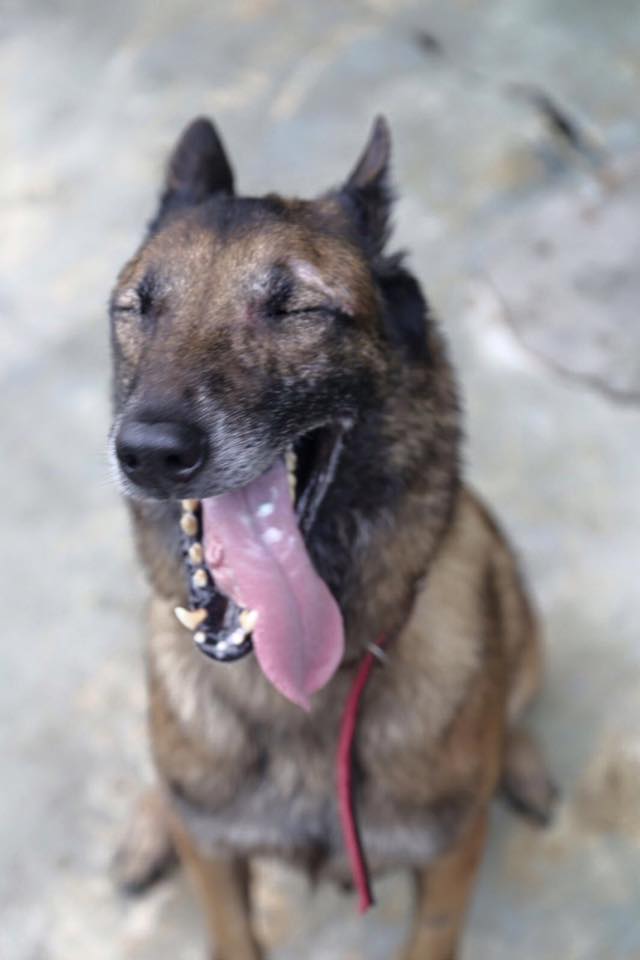 Katja would apparently greet people excitedly, even poking her snout under people’s palms, creating a “delusional pat” for herself.

Her initial homestay with a potential adopter did not work out, and Katja found herself back at the shelter. 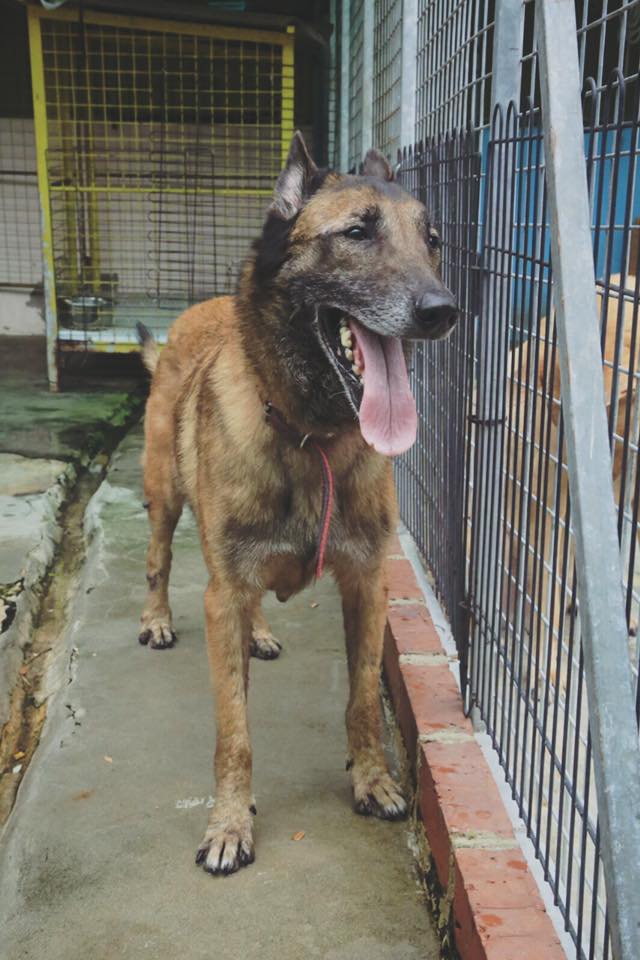 But Katja’s personality shined through. Despite the failed adoption, the ex-police dog was still happily barking and running about.

She enjoyed every human’s company and savoured every treat given.

The shelter even said that she’d make an excellent get-fit buddy as she constantly keeps herself active and occupied despite her old age.

Eventually, Katja found a loving home with a couple. 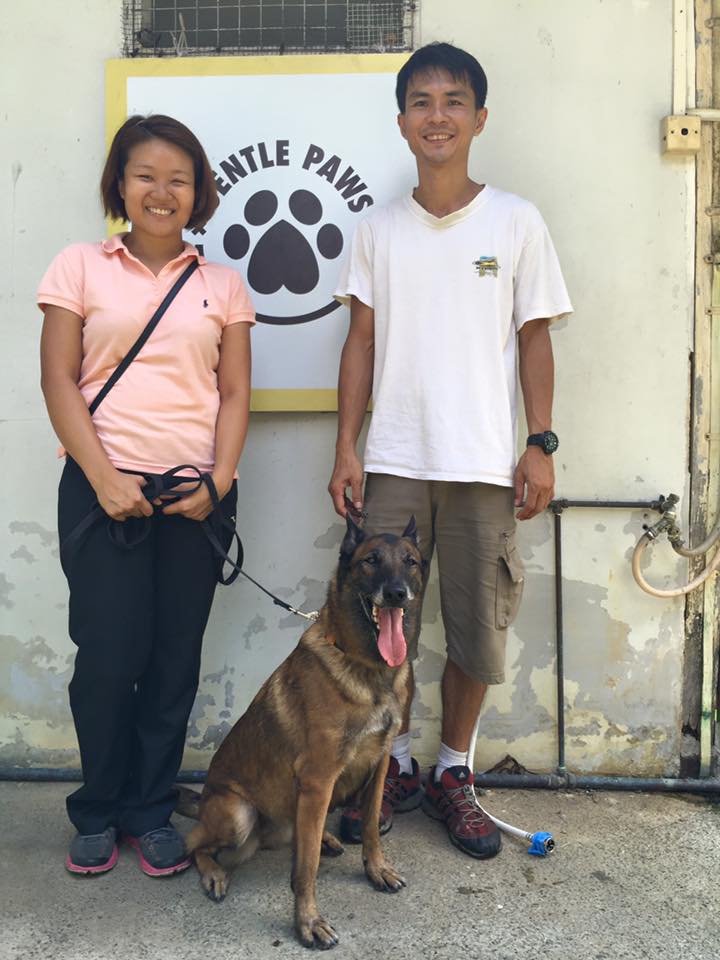 It took her a while but the former police dog finally got to live out a blissful life with a family that deserves her.

Ex-police dog passed away peacefully in her sleep

As Katja got older, she finally reached a point where she could no longer walk.

Still, her doting owners made sure she got her ‘walk’ and some fresh air.

The owners apparently placed Katja in a stroller and would take her to the beach to enjoy the sea breeze. 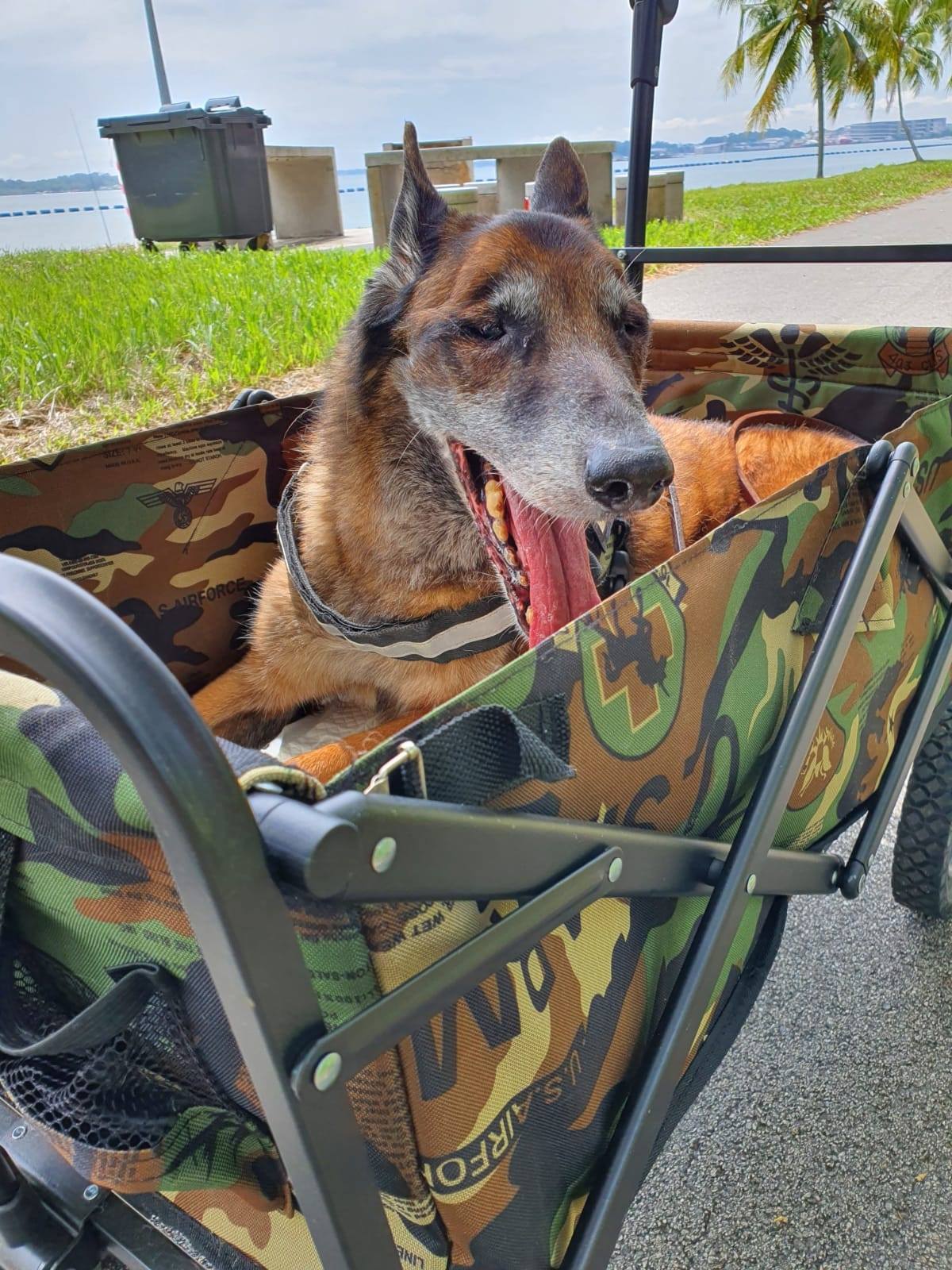 Just look at how happy those walks with her family made her! 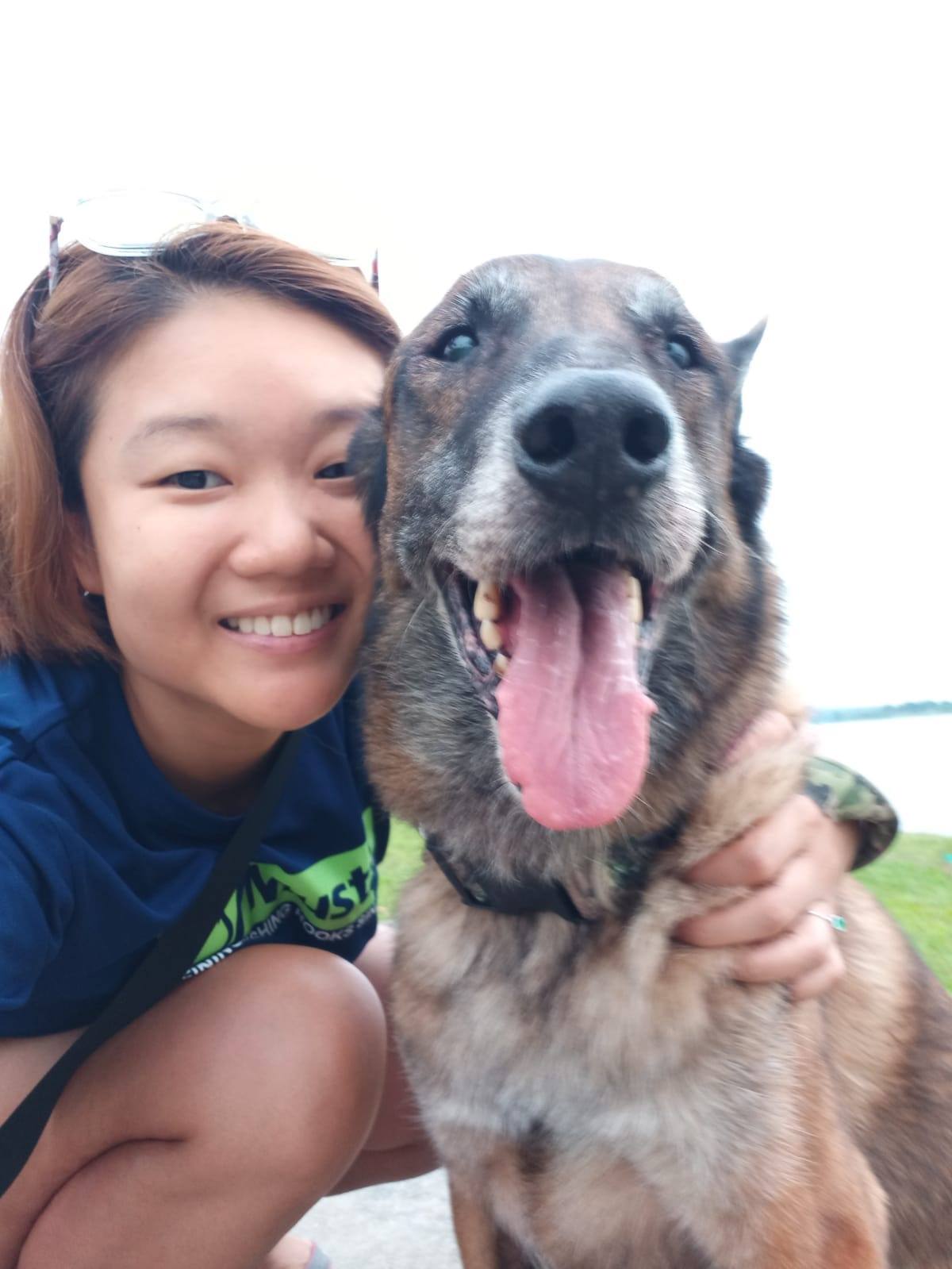 Katja was living the best days of her life with her owners. However, time stops for no one.

On Thursday (3 Sep) morning, Katja passed away peacefully in her sleep from old age. She was 15. 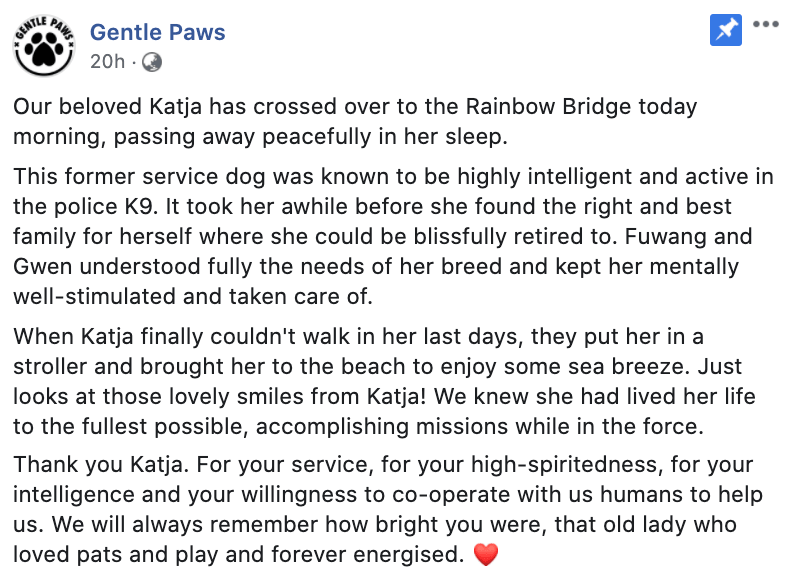 They thanked Katja for her service, always being in high spirits, and her willingness to help humans.

The shelter added that,

We will always remember how bright you were, that old lady who loved pats and play and forever energised.

She helped save lives, protect us, and now it’s her turn to rest.

Katja lived life to the fullest

Katja the ex-police dog has certainly lived a life to remember.

We are glad she got a new lease of life after some exhilarating years as a police dog.

While her life may have come to an end, we have no doubts that she will be remembered for her contributions and the way she touched the lives of those around her.

We hope Katja’s story inspires other dog lovers to give retired service dogs a chance to live out their lives with a loving family.