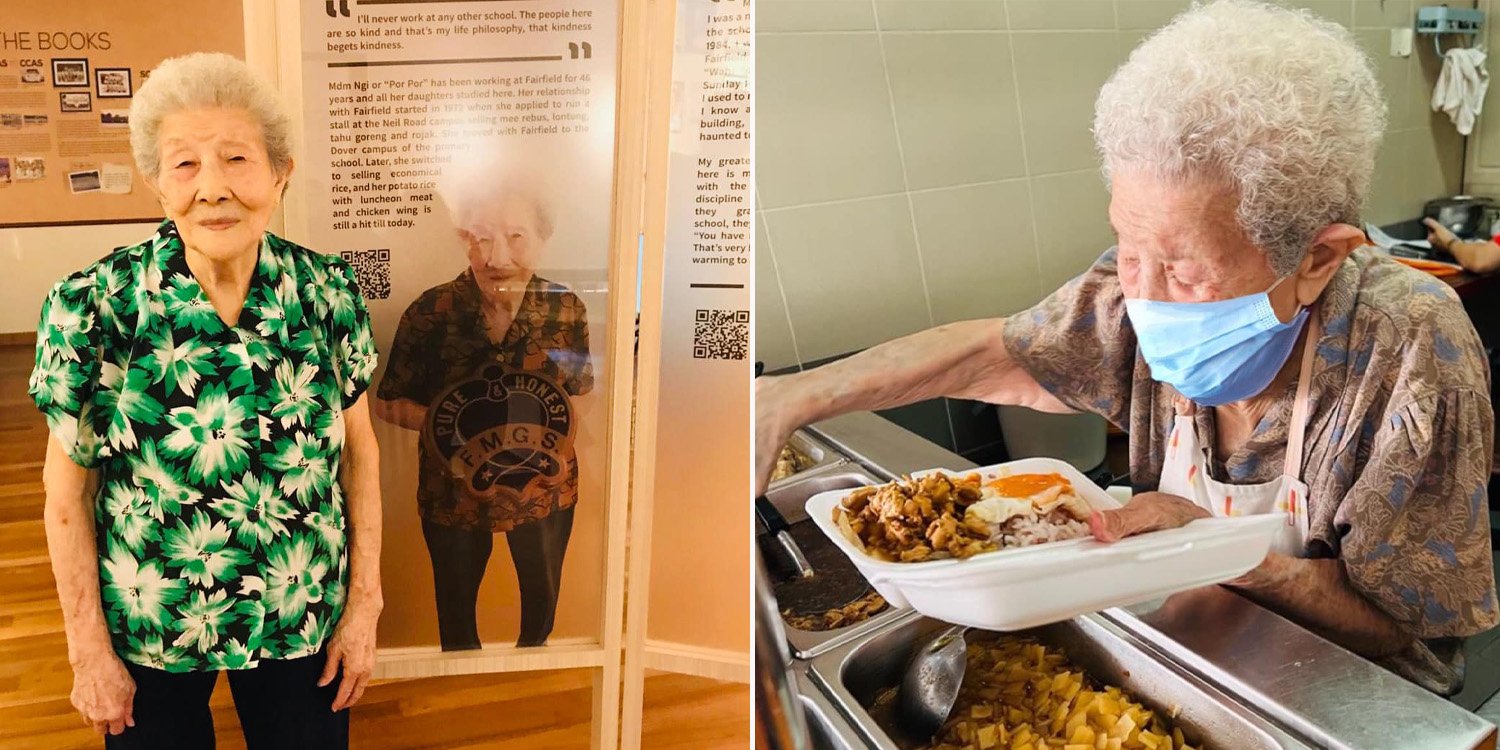 Various alumni had fond memories of the gentle and kind stallowner.

After graduating from school, some of our fondest memories of being a student often revolve around enjoying cheap, delicious canteen food.

The same is true of students and alumni from Fairfield Methodist Primary School. Many of them fondly recall interacting with ‘por por’, an elderly stall operator at the canteen who sells a variety of delicacies, including homecooked dishes.

Unfortunately, the school has announced that she will be cutting down her operating hours. 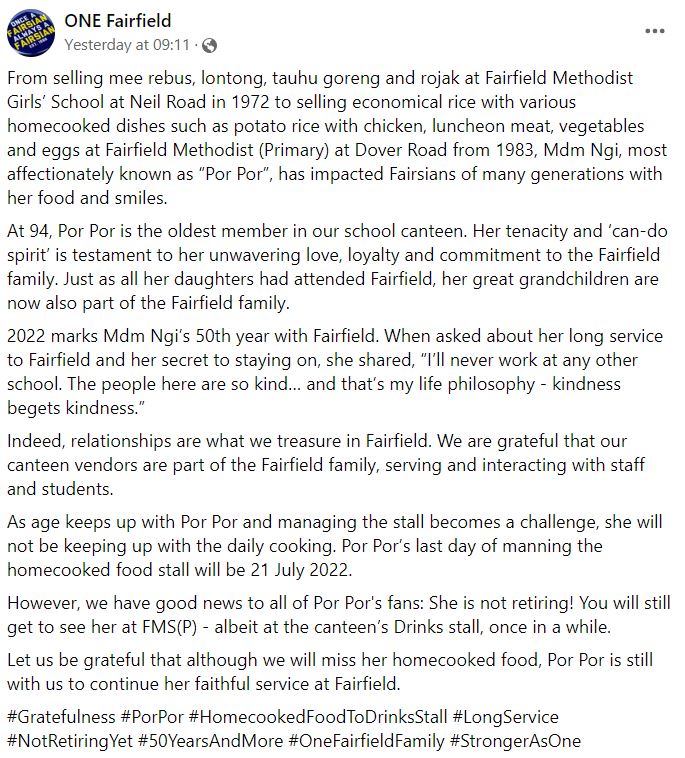 However, she has promised not to retire, and will still operate her stall from time to time.

According to a Facebook post by the school on Saturday (2 Jul), Madam Ngi has been operating her stall since 1972.

Students and alumni affectionately knew her as ‘por por’, who sold dishes like mee rebus and lontong in her early days to economy rice after the 1980s.

At 94 years of age, Madam Ngi is the oldest staff in the primary school’s canteen. 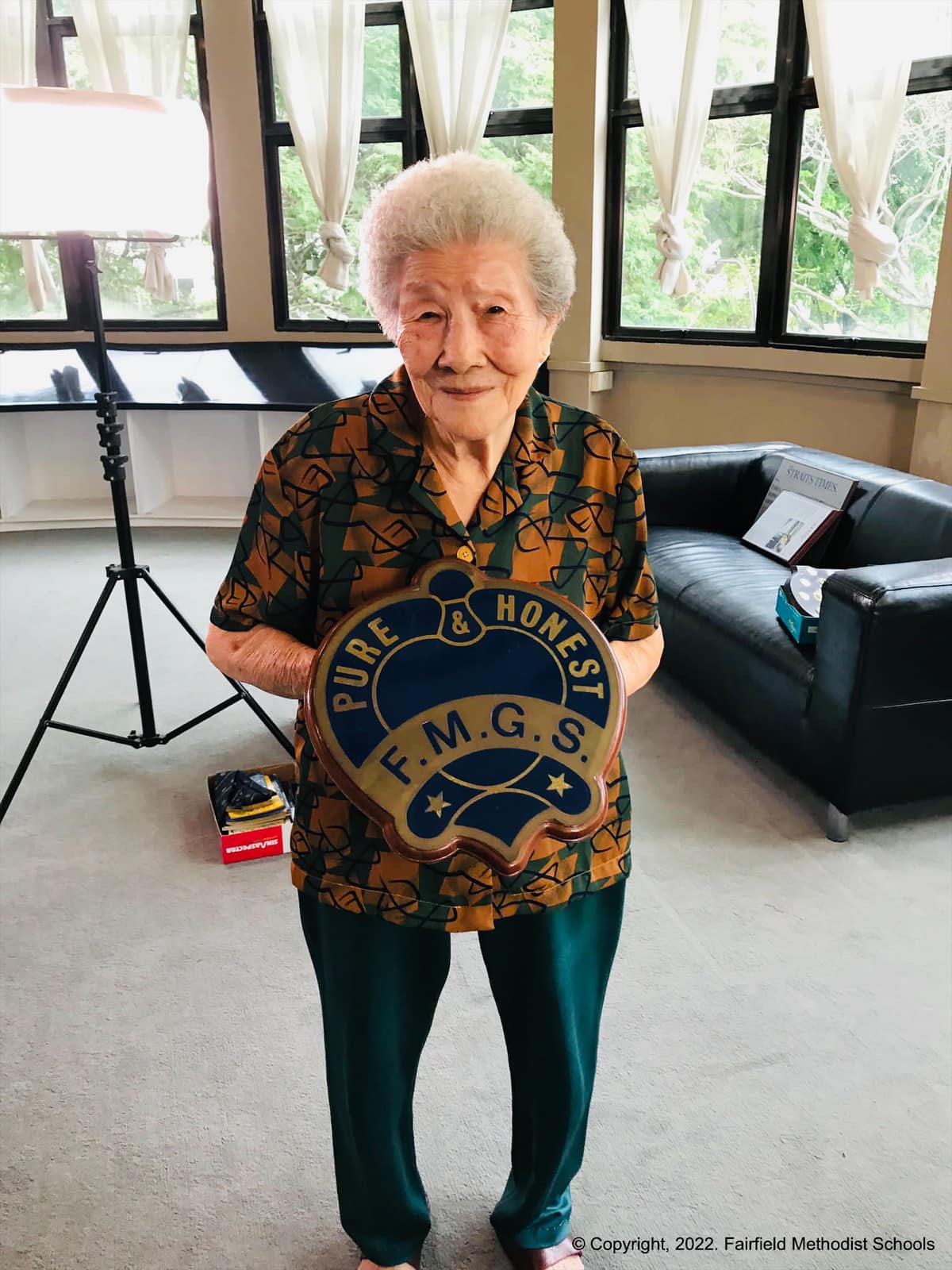 She isn’t the only Fairfield member in the family as her daughters and great-grandchildren had attended the school too.

This year will be Madam Ngi’s 50th year of service to the school. In light of this, she shared,

I’ll never work at any other school. The people here are so kind… and that’s my life philosophy — kindness begets kindness.

Unfortunately, this will also be her last year of serving the school full-time. Madam Ngi has decided to step back from fully operating the stall due to her age. Her last day of service will be on 21 Jul.

However, Fairfield Methodist has assured students that this will not be the last they see of Madam Ngi. She will still manage the stall, now converted to selling drinks, from time to time.

The news of Madam Ngi leaving the stall saddened students and alumni, many of whom had fond memories of the caring stall operator. 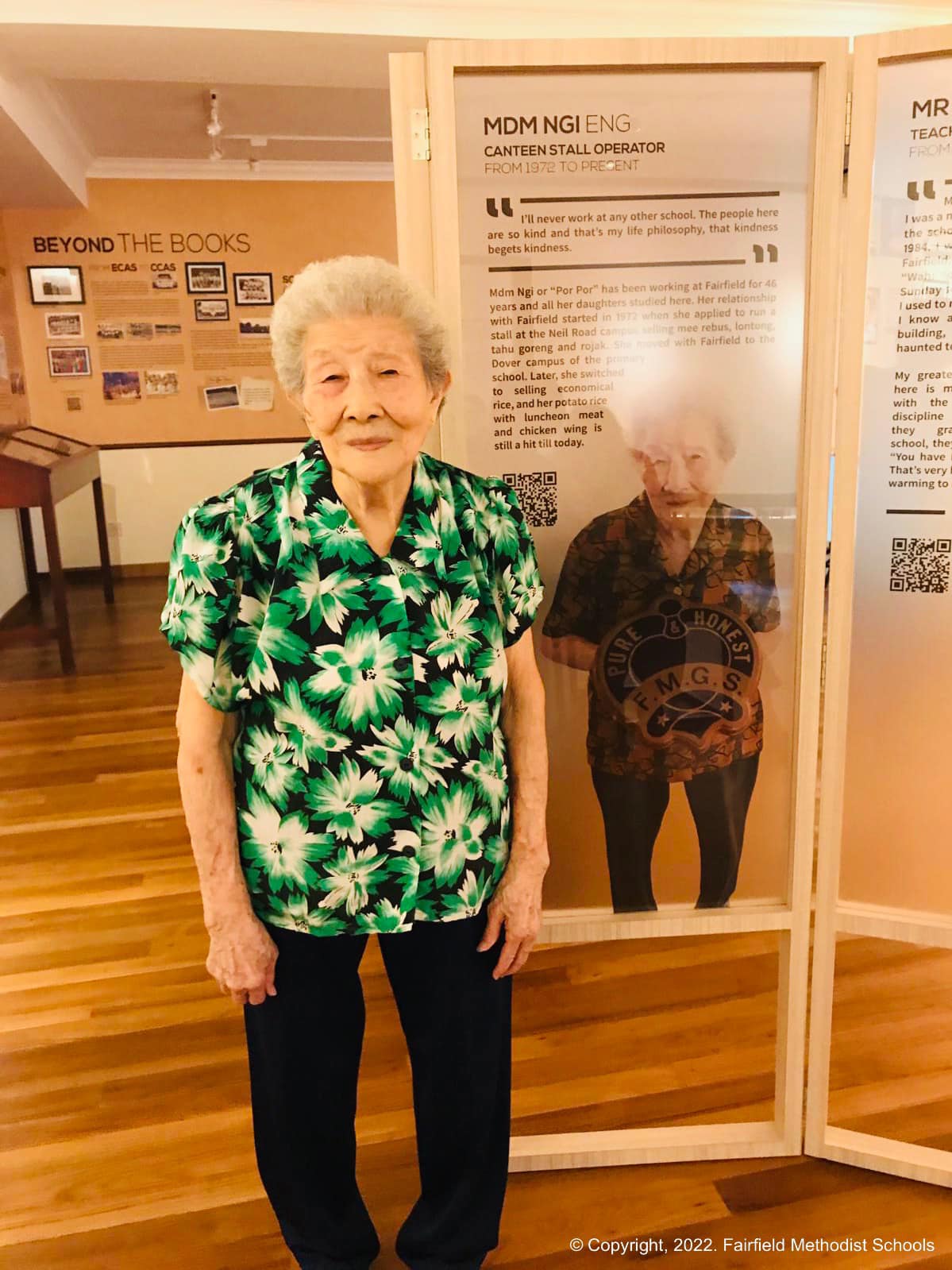 Speaking to The New Paper (TNP), an alumnus of the school Ms Hannah Peh shared accounts of Madam Ngi’s kindness.

When she was short on cash for a meal, the elderly woman told her to pay the full amount the next day instead.

According to Ms Peh, Madam Ngi did not keep track of the cash students owed her, a testament to her generous and kind nature. “Por por felt like a second grandmother to me,” Ms Hoon told TNP, adding that Madam Ngi knew her order immediately upon seeing her. 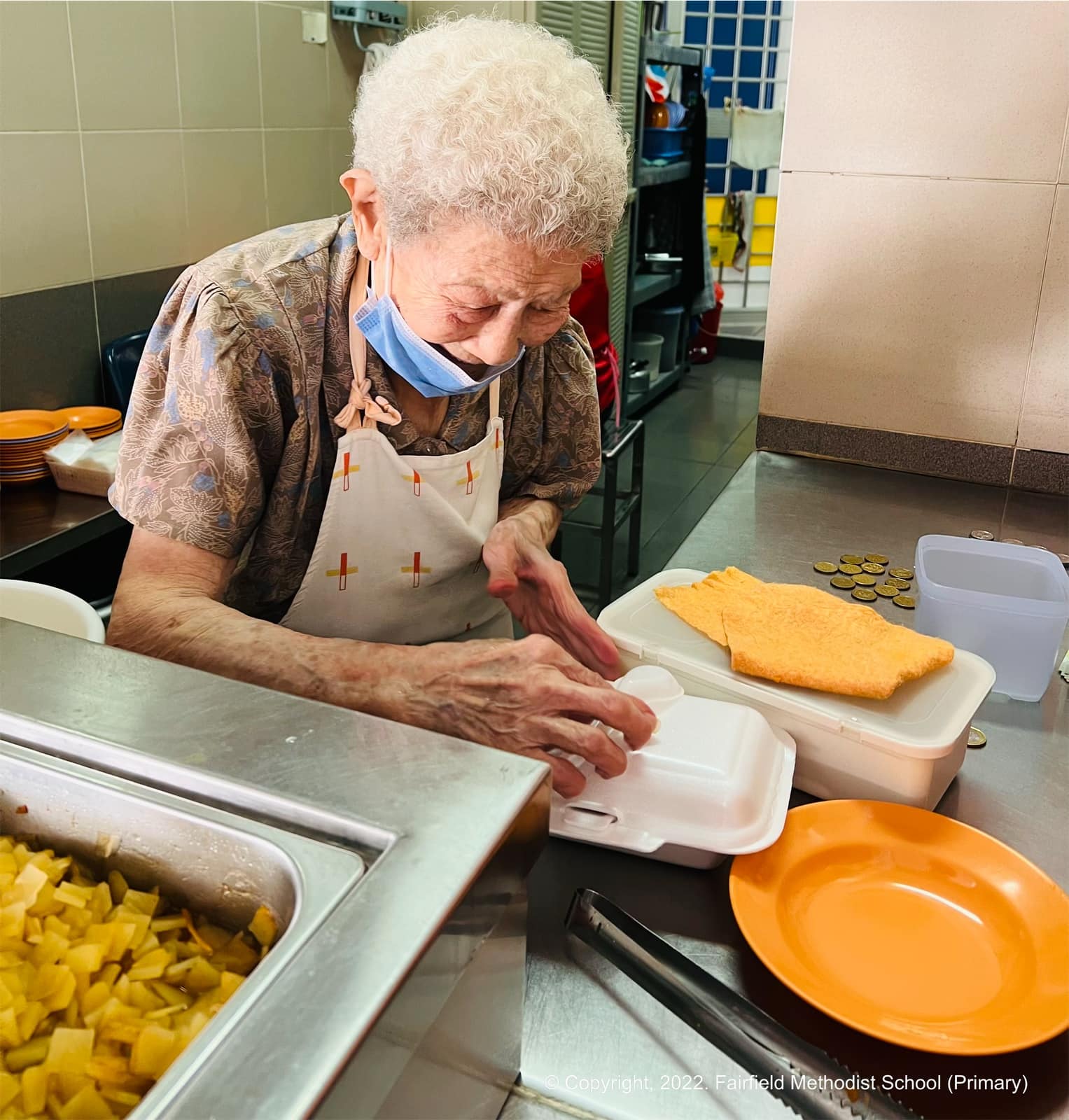 However, Ms Hoon also noted that it would be good for the elderly stall operator to take a break.

Her tenacity and ‘can-do spirit’ is testament to her unwavering love, loyalty and commitment to the Fairfield family.

Even without being a proper educator at Fairfield Methodist Primary, Madam Ngi has imparted invaluable lessons to students and alumni.

It is undoubtedly sad to see her go, even if she will still serve the school in a limited capacity.

Here’s hoping Madam Ngi gets the break she deserves after so many decades of faithful service to her school.