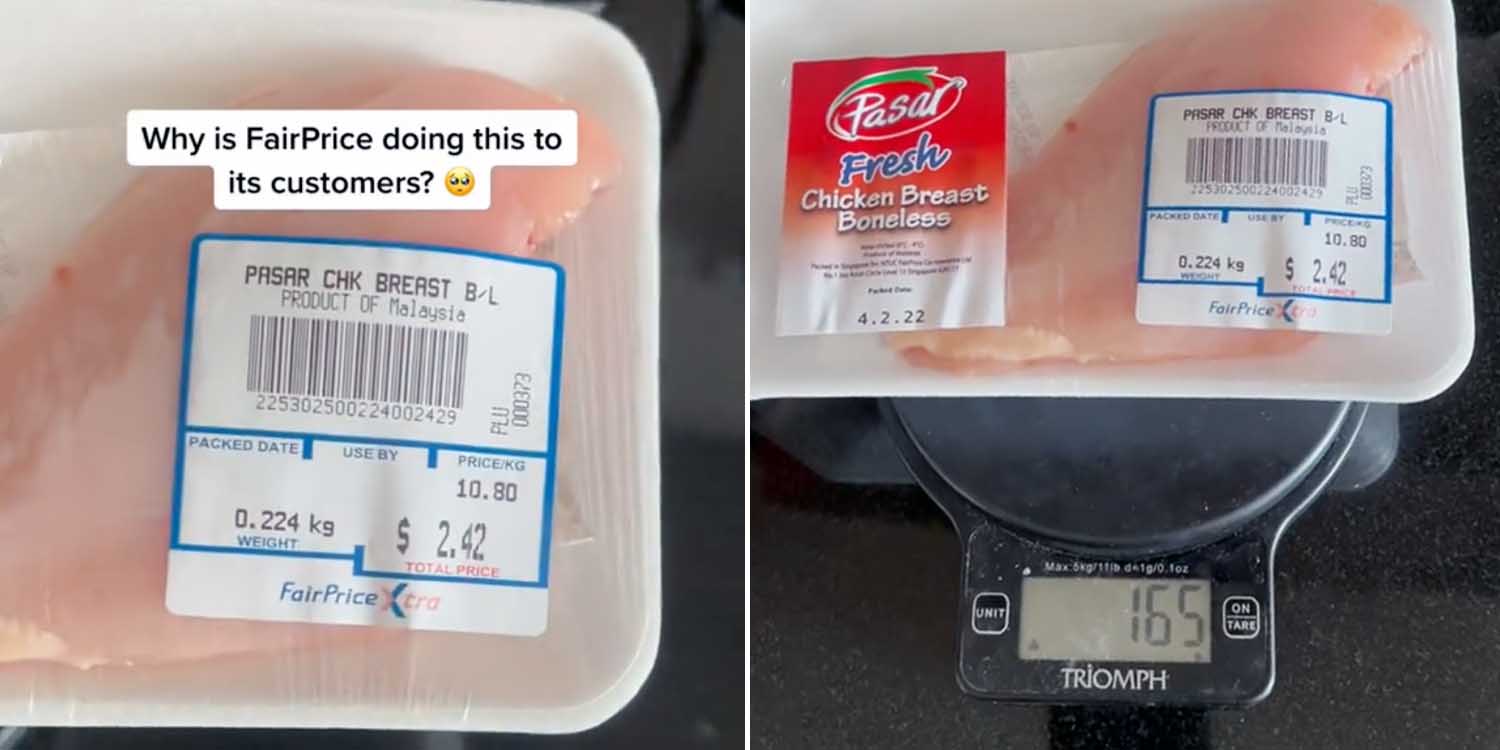 FairPrice has reached out to the customer.

FairPrice Chicken Weighs Less Than That Stated On The Label

When stocking up on our groceries at supermarkets, many of us tend to trust the labels found on the food packaging.

However, a TikToker in Singapore decided to put this to the test by weighing a packet of chicken breast she got at a FairPrice supermarket.

Although it was labelled 0.224kg, she found that the meat weighed about 0.165kg only.

On Saturday (5 Feb), NTUC FairPrice said they are aware of the video and have contacted the customer for investigation.

On Saturday (5 Feb), a TikToker shared a video of her weighing a packet of chicken breast meat bought from a FairPrice Xtra outlet. However, when she put the packet on the weighing scale, it weighed about 0.165kg. She wrote in her video, ‘Why is FairPrice doing this to its customers?’.

As if to prove her point, she then took the packet off the scales before doing another weigh-in. This time, the weight was 0.164kg. 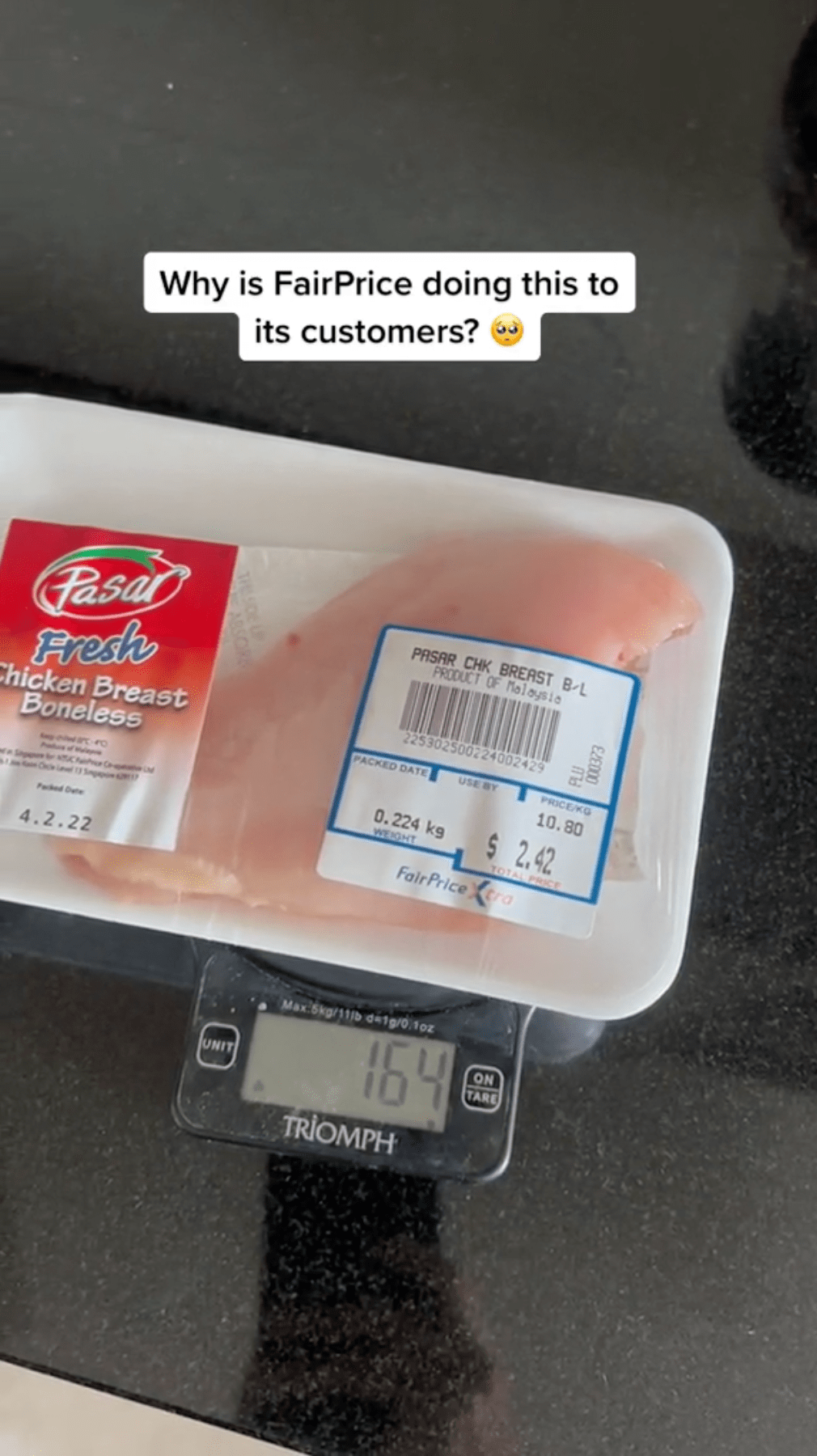 Netizens urge her to give feedback to FairPrice

The video later went viral, garnering over 300,000 views at the time of writing.

Seeing the discrepancy in labelling, some pointed out that it was pretty serious as the TikToker had weighed it with the packaging.

This netizen pointed out that this is not the first time such mislabelling has happened. The TikToker also shared that this had happened to her several times. 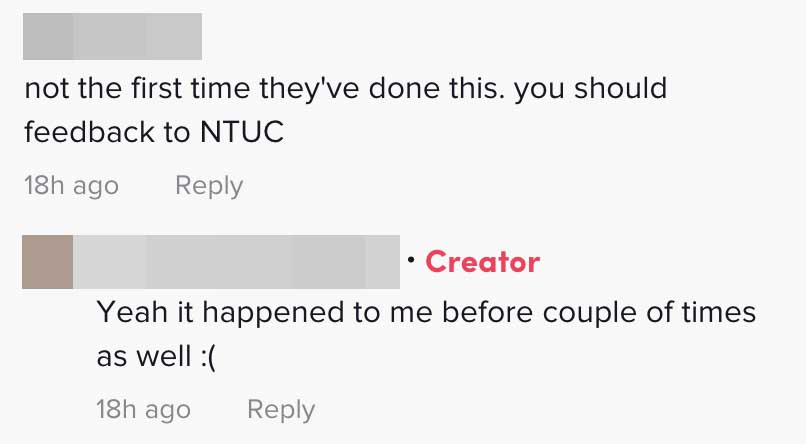 Another netizen suggested that she feedback or send a complaint to FairPrice about the matter.

FairPrice reached out to TikToker to help in investigations

On Saturday (5 Feb) evening, NTUC FairPrice addressed the issue on their Facebook page.

The supermarket chain said they are aware of the TikTok video showing a labelling discrepancy on their product. 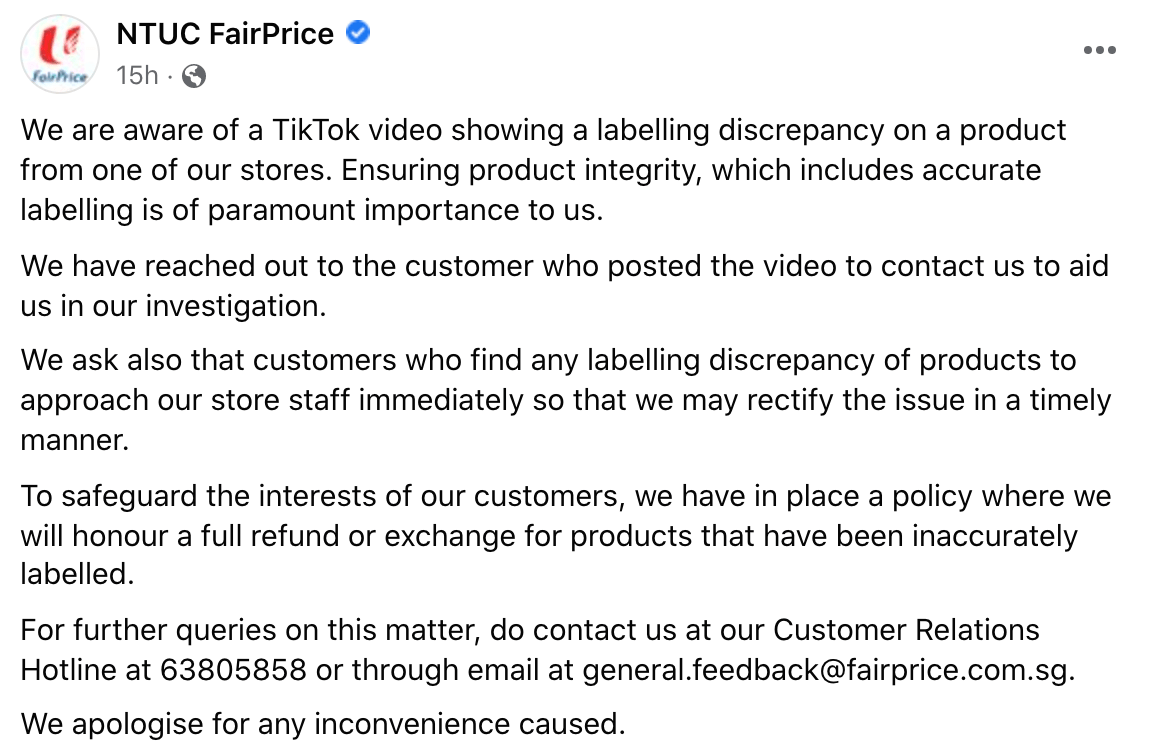 They continued that ensuring product integrity through accurate labelling is important to them.

NTUC FairPrice said they have reached out to the customer to investigate.

They then urged customers who find any labelling discrepancy of products to inform their staff immediately so the issue can be rectified.

The supermarket also assured customers that they have a policy in place to honour a full refund or exchange on products that were inaccurately labelled.

Unfortunately, this incident is not the first time FairPrice has been found with discrepancies in their product labels.

Customers trust supermarkets to label their food products accurately, so they know what they’re paying for.

Hopefully, after this incident, NTUC FairPrice will improve its practices to ensure its products are truly fairly priced.