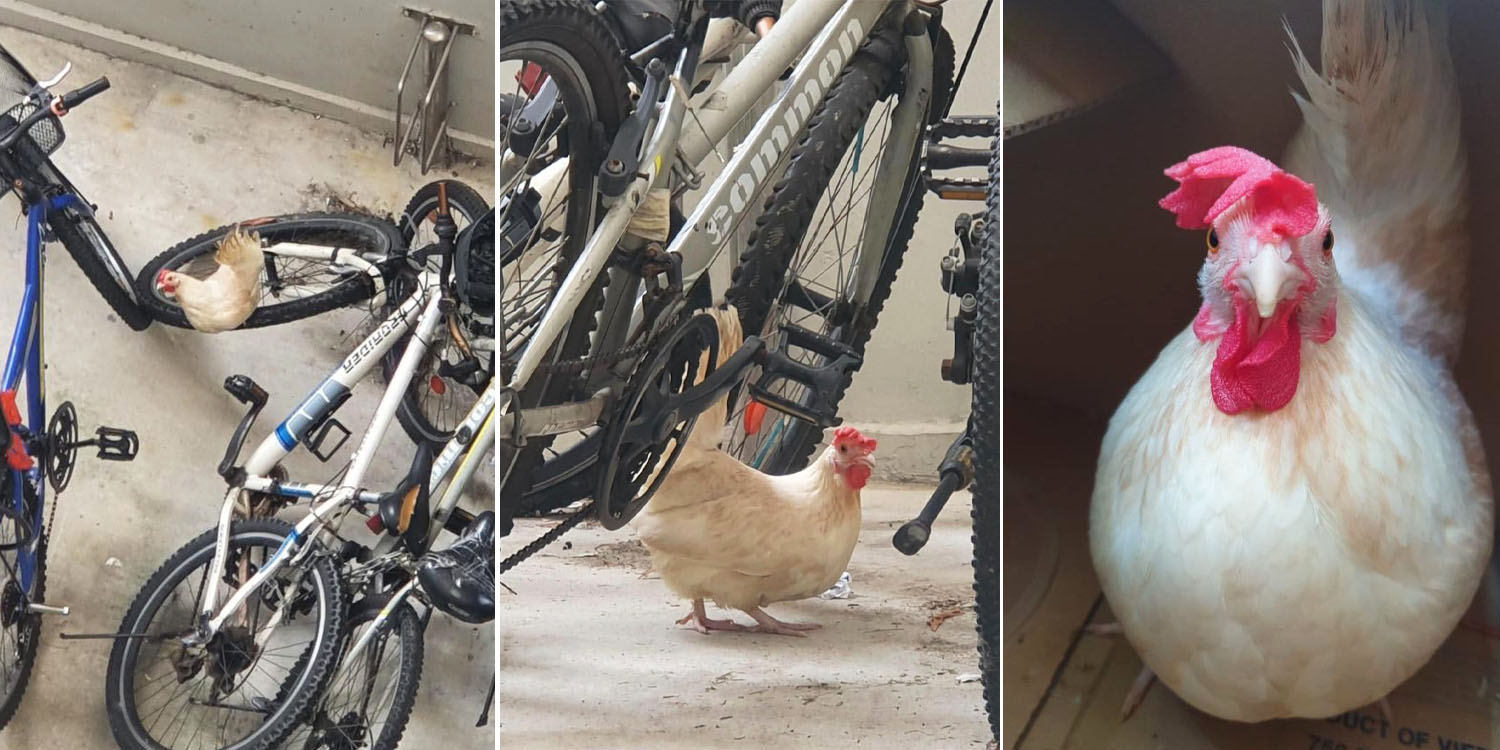 If they do not find its owner, they plan to rehome it at Pasir Ris Park.

Singapore is a highly urbanised jungle. But from time to time, there are sightings of wild chickens running about the estates and neighbourhood parks.

On Monday (26 Jul), an Ubi resident was on her way home when she spotted a scared chicken at the void deck amongst some bicycles. Her brother, Martin, shared with MS News that they plan to rehome it at Pasir Ris Park if they do not find an owner.

On Monday (26 Jul) afternoon, Martin’s sister was on her way home when she saw a chicken at the void deck area of Block 322 Ubi Avenue 1.

Speaking with MS News, Martin shared that chickens were not a common sight in the area, and the family does not know of anyone in the neighbourhood with chickens.

The white hen was hiding behind a row of bicycles, looking scared and lost. 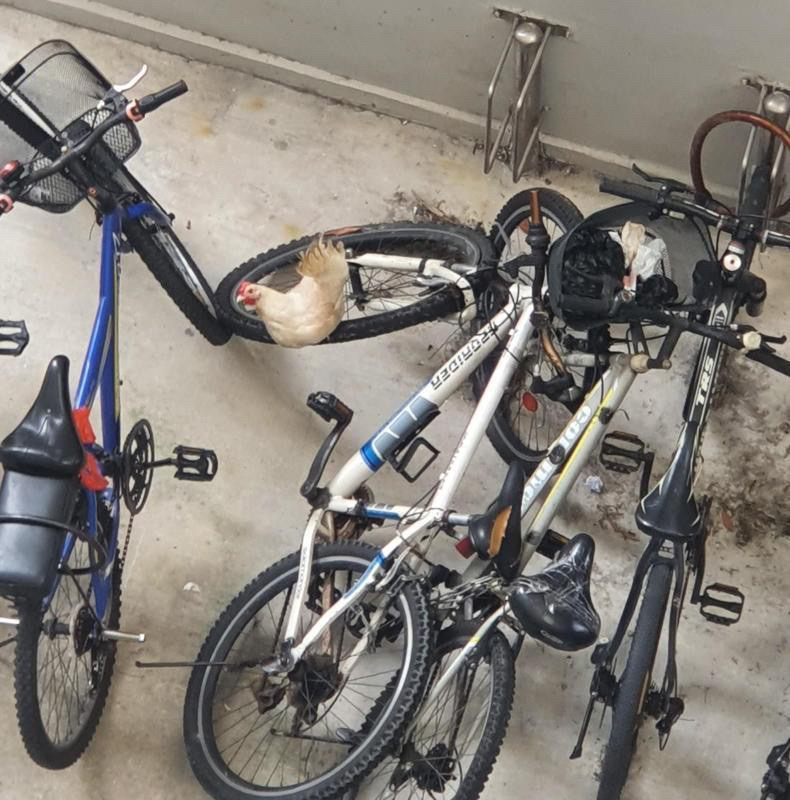 Seeing this, the family worried that the vulnerable little chicken might become the victim of fowl play, especially with neighbourhood cats roaming around.

Family fosters chicken after finding it at Ubi void deck

The family then made the collective decision to foster it for the time being while looking to reunite it with its rightful owner—if it has one.

They shared about the lost chicken on Instagram in hopes that it will reach its supposed owner.

In the meantime, they made sure the hen is comfortable in their home, giving it a box to live in and some food to nibble on. Just a day later, the chicken looked well settled and grew acquainted with the family. 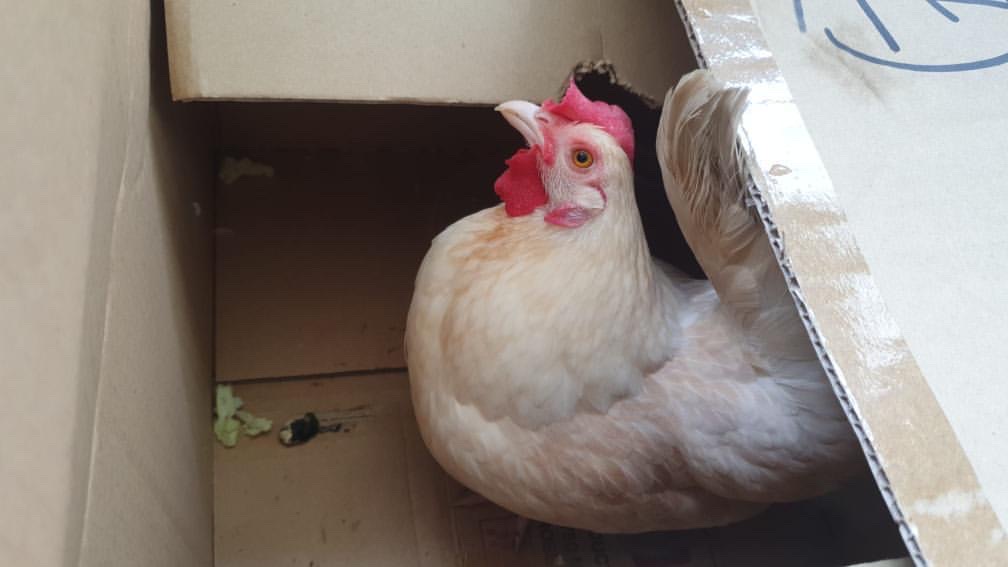 Martin shares that it has even developed a very healthy appetite.

Although the thought of keeping the adorable white hen is tempting to the siblings, their mother rejected the idea as they had already housed a rescue bird a few years ago. 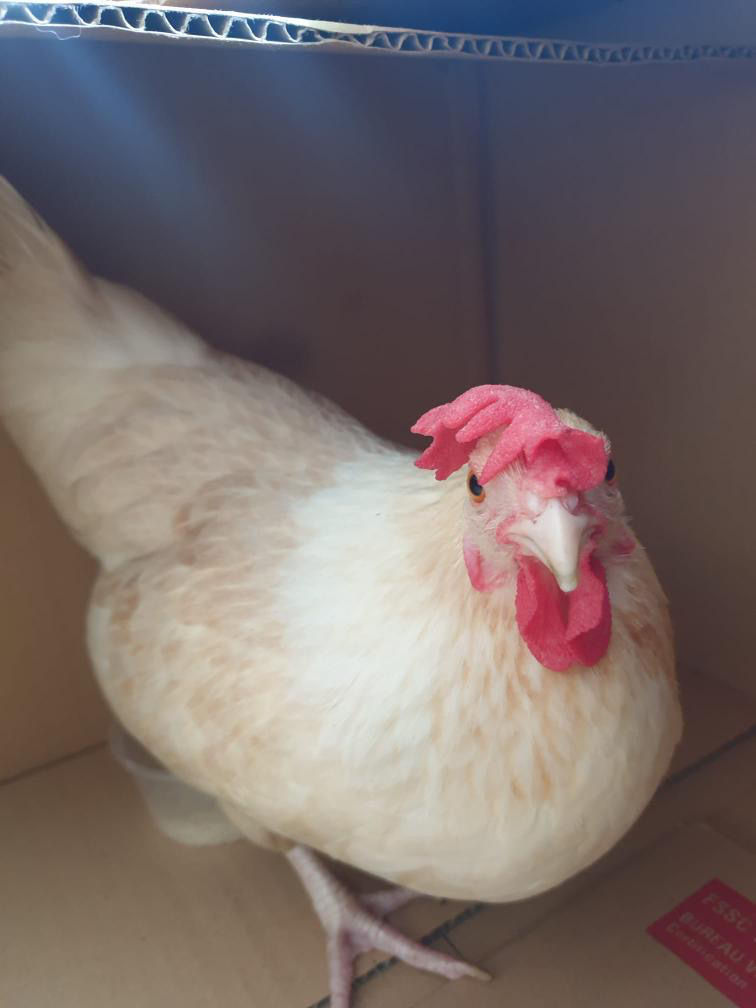 For now, the family has also been asking friends or family if they are keen on adopting it.

Alternatively, they are looking to rehome it at Pasir Ris Park in the days to come.

They chose the spot, knowing that there’s a good community of chickens living by the beach there.

What an adorable and heartwarming rescue story.

Kudos to the family for their kind hearts and efforts in keeping the hen safe and comfortable.

If the hen has no owner, we hope the chicken would eventually enjoy its new home and mingle with fowl friends at Pasir Ris Park.