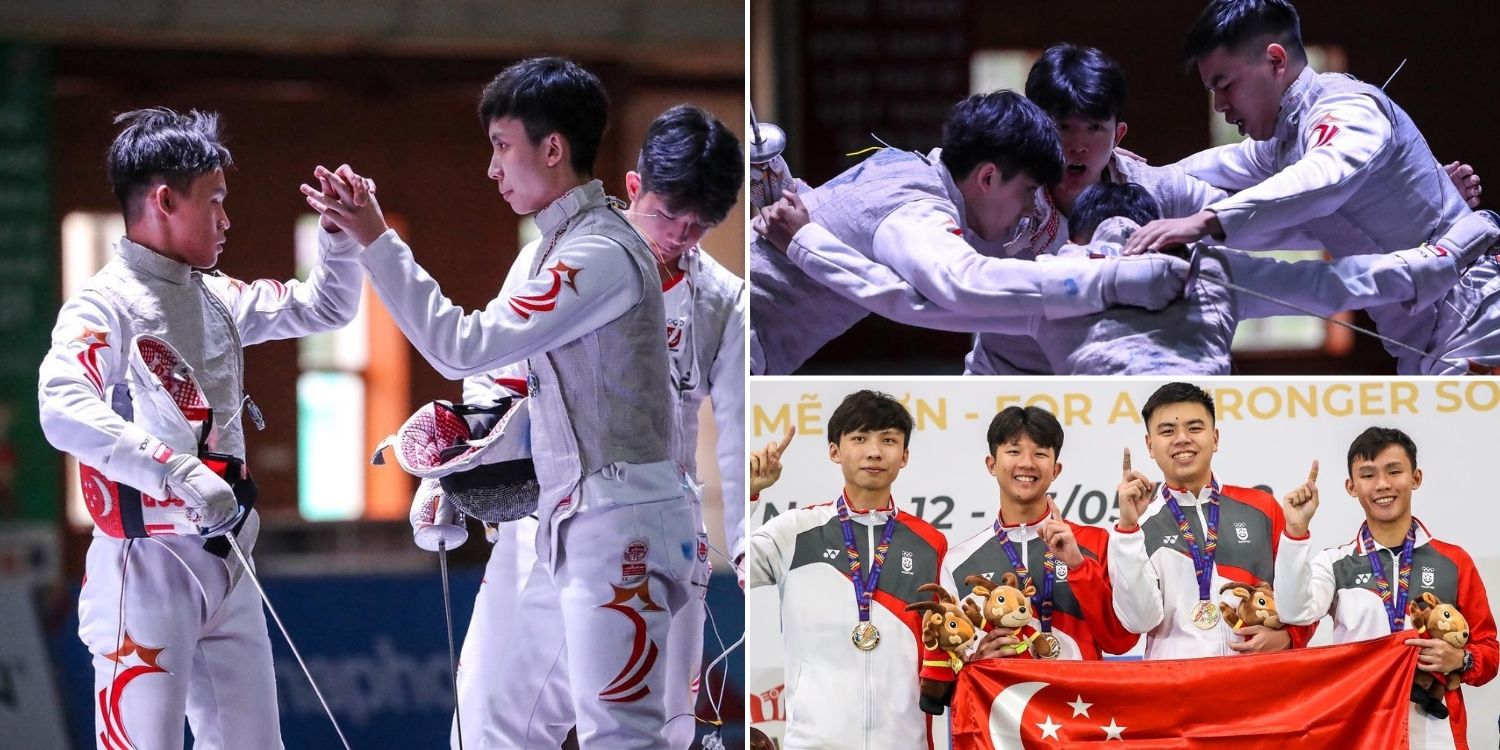 Previously, their best campaign was in the SEA Games in 2019 with 4 gold medals.

Singapore’s athletes have made our country remarkably proud in the ongoing 31st SEA Games held in Hanoi. Multiple participants have bagged numerous medals, breaking both national and regional records.

It is no different for Singapore’s fencing team.

The fencers have won the title for the men’s foil team, beating out Malaysia and ending their campaign with six gold medals. 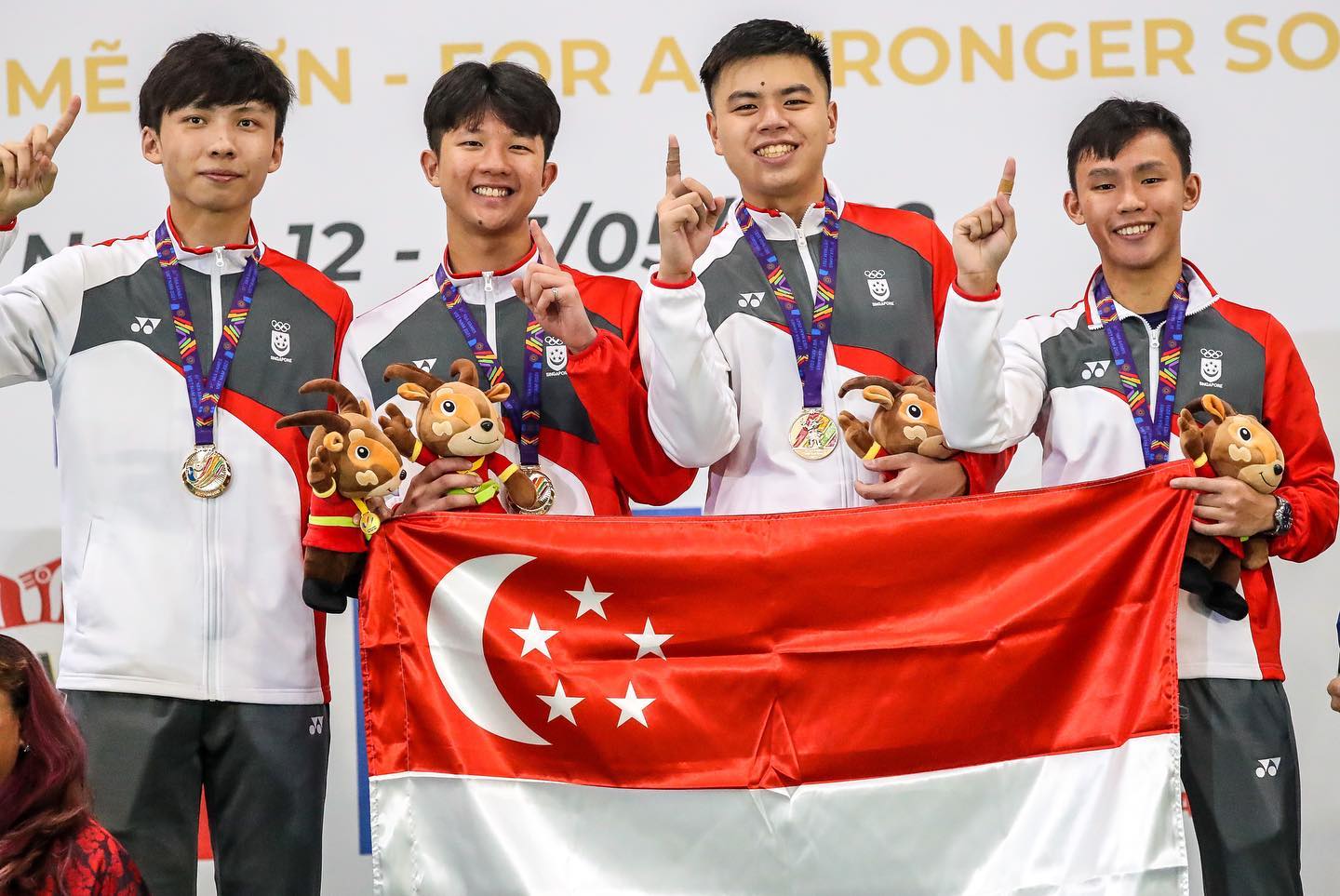 This is the biggest haul for Singapore’s fencers in the SEA Games, previously having won four golds at the 2019 regional competition.

Channel NewsAsia (CNA) reports that on Wednesday (18 May), the male fencing team from Singapore managed to win their final against Malaysia. 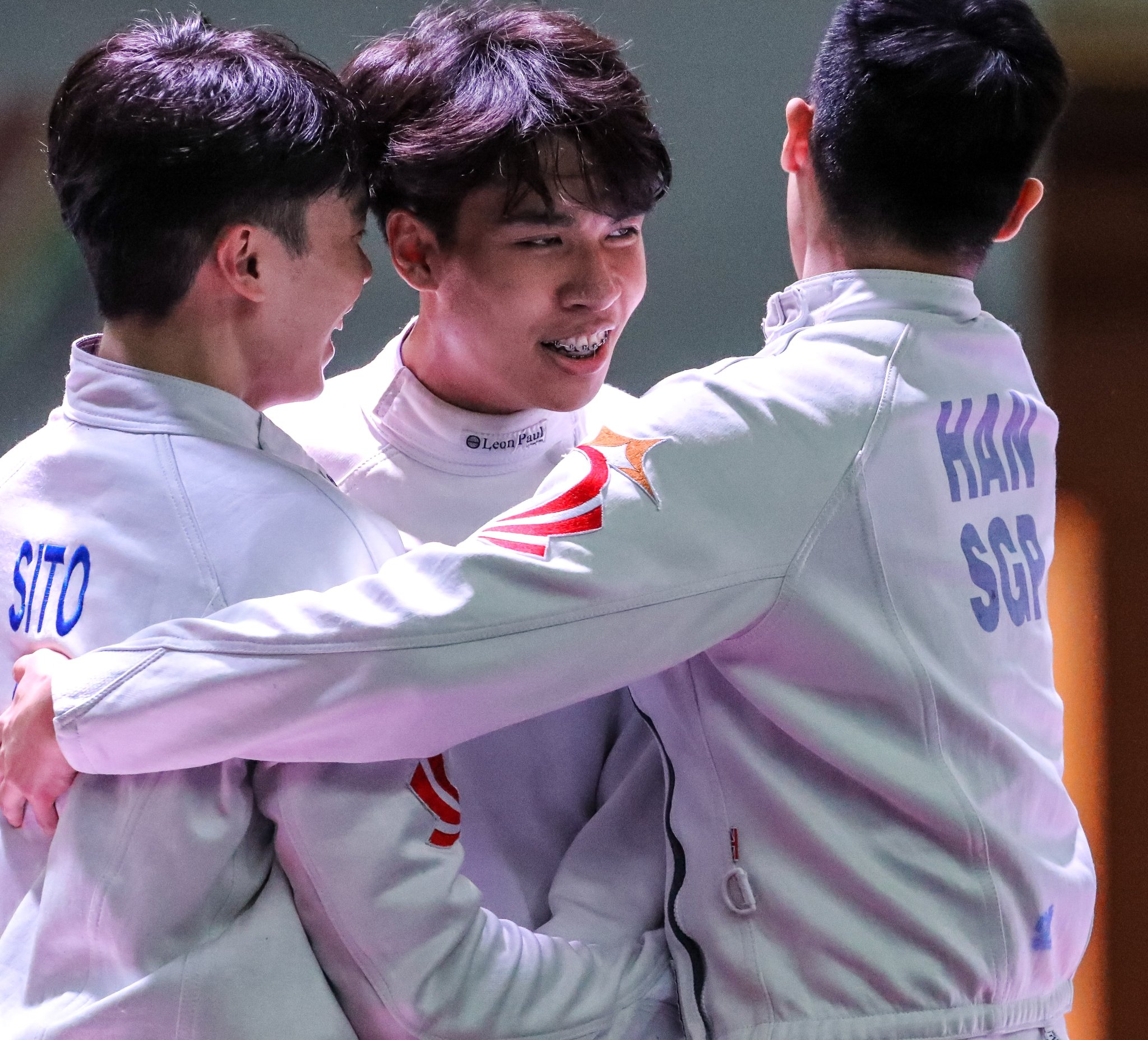 It is Singapore’s second time claiming this title. 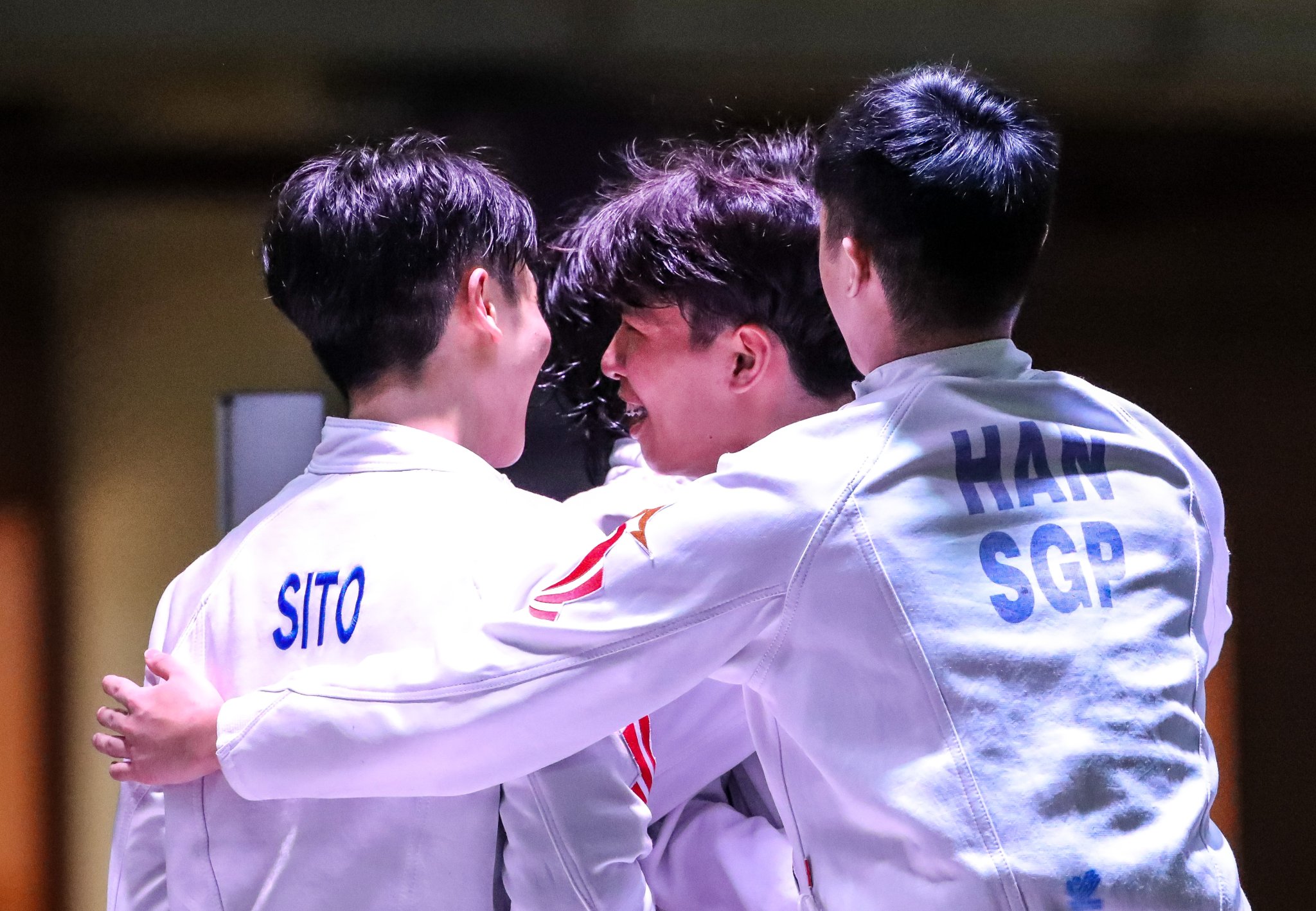 The women’s team of Jessica Ong, Nicole Wee and Lee Kar Moon also fought against Vietnam on 18 May, but unfortunately lost 39-45.

Jolie Lee, a fourth team member, was set to join them in the match but had to bow out due to a serious injury in the semi-final against Thailand.

The fencing team has experienced a number of historic wins at the SEA Games. They have rounded out their campaign with six golds, four silvers and five bronzes, making it their largest medal haul in the Games.

Earlier this week, the men’s epee team beat Vietnam 37-36 to win gold — a first for Singapore. 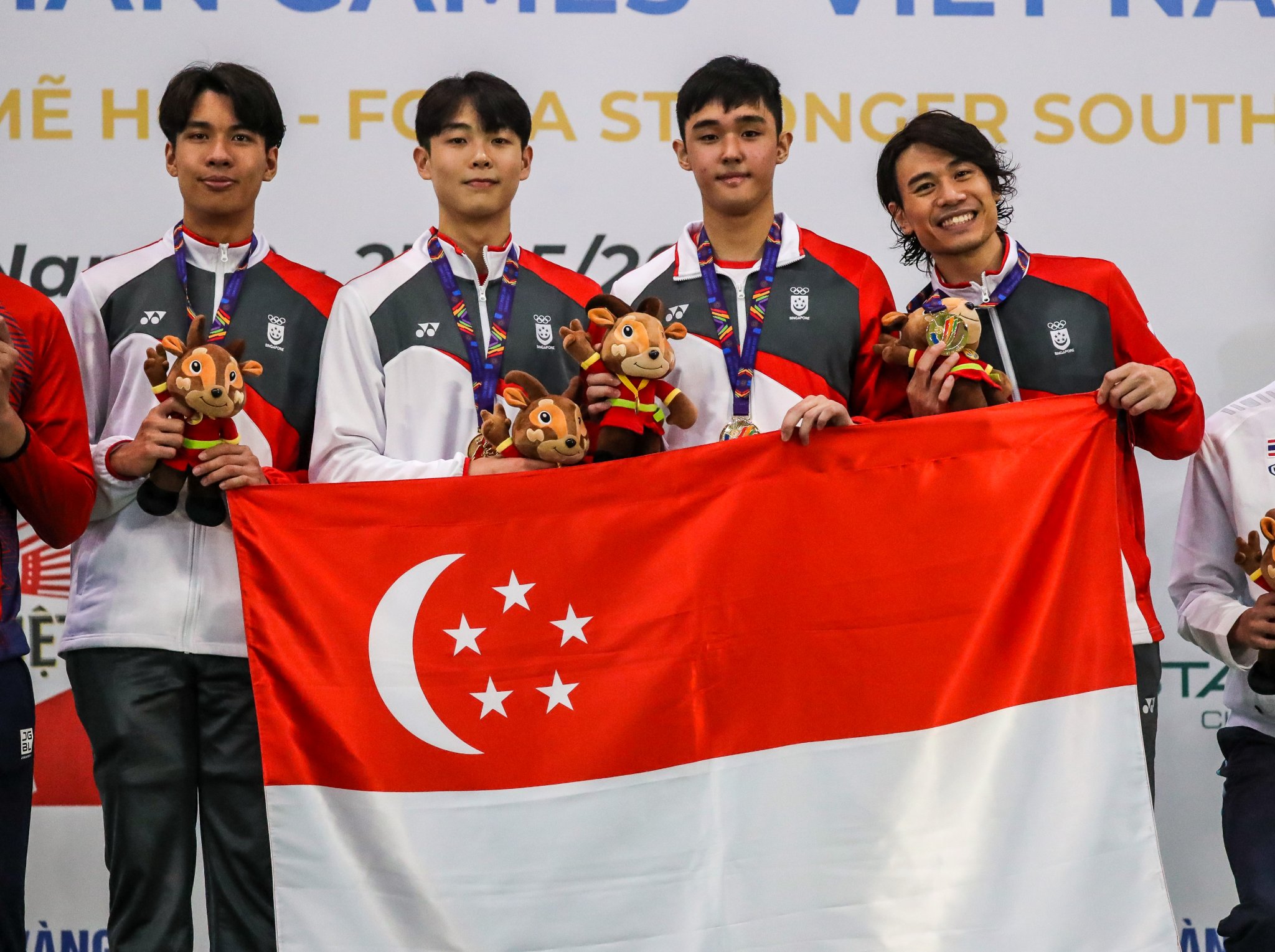 He is also the first ever Singaporean to clinch gold in the category, individual fencers having previously won silvers in the competition. She bested her fellow teammate Kiria Tikanah, the defending champion of the women’s individual epee event.

Making Singapore proud with their achievements

Regardless of the type of medal achieved, each fencer from Singapore who competed at the 31st SEA Games has done their country proud.

It is not easy to prepare for such a momentous competition, less so to score record wins.

MS News sends our heartiest congratulations to Singapore’s fencers for their success. We wish them a bright future ahead.