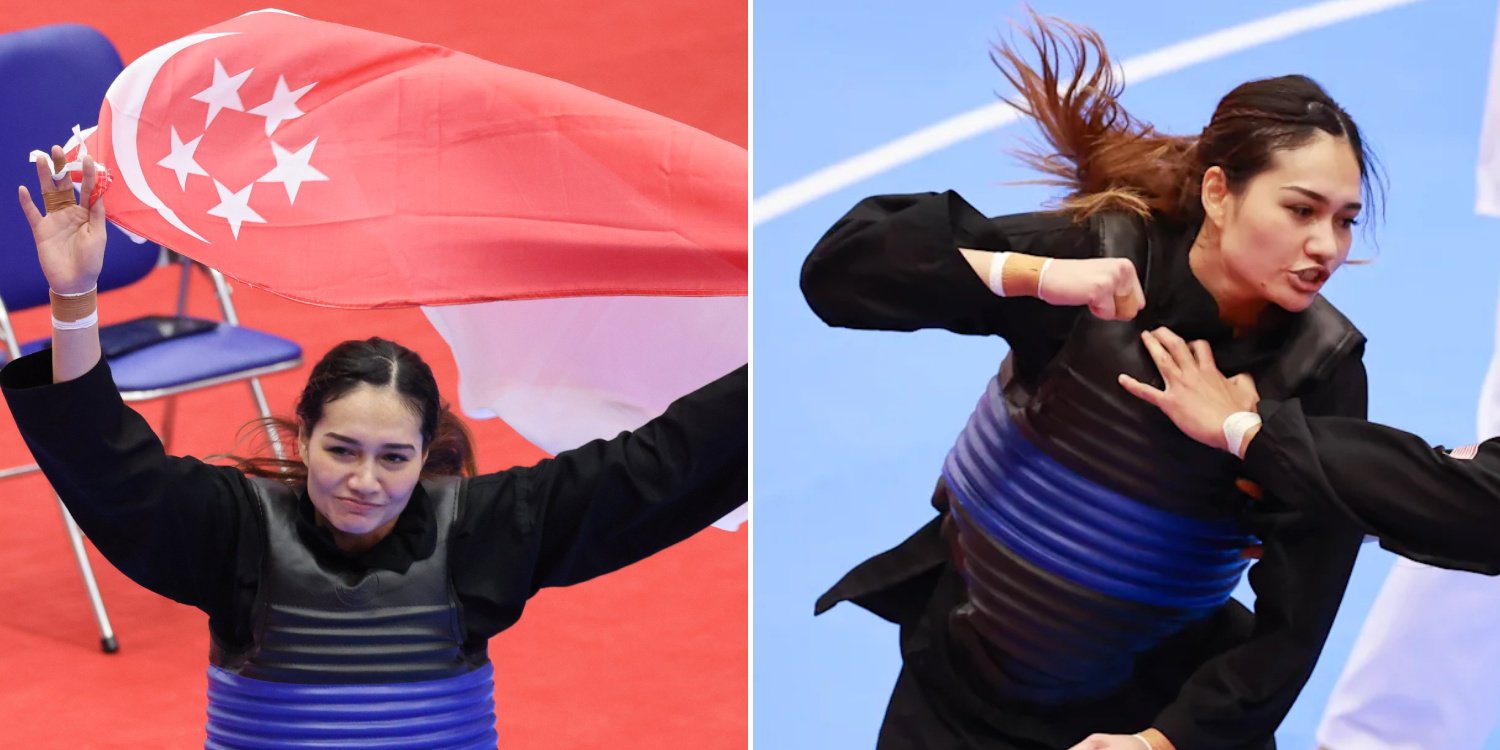 Hers was the first of three silat golds that Singapore won that day.

Team Singapore has been doing the nation proud at the ongoing 31st SEA Games in Hanoi, Vietnam.

So far, our country’s athletes have managed to take home 24 gold medals for events including swimming, fencing, and wushu. They have also scored 25 silver medals and 30 bronze medals.

One of the latest sports stars to emerge victorious is silat exponent Nurul Suhaila Saiful. After three consecutive bronze medals, the 27-year-old picked up her first gold on 16 May.

Hers was the first of three gold medals that Singapore’s silat team won that day, bringing the total to four in this category.

On Monday (16 May), Suhaila went up against Malaysia’s Siti Shazwana Ajak in the women’s Class E (65-70kg) tanding final at the Bac Tu Liem Gymnasium. Channel NewsAsia (CNA) reports that she was visibly emotional as she spoke to reporters after her win.

The athlete admitted that she spent many years “doubting” herself, and that getting three bronze medals was “very hard” for her. She also spent a lot of time away from her family training for the sport.

“So this time, I wanted to make my parents proud and prove to them that the time away is worth it, it’s for me to grow, to be the best athlete that I can be,” said Suhaila, adding,

I hope my parents are proud of me.

According to Yahoo News Singapore, Suhaila shared that taking a break from competitions during the pandemic gave her a chance to rest and grow. 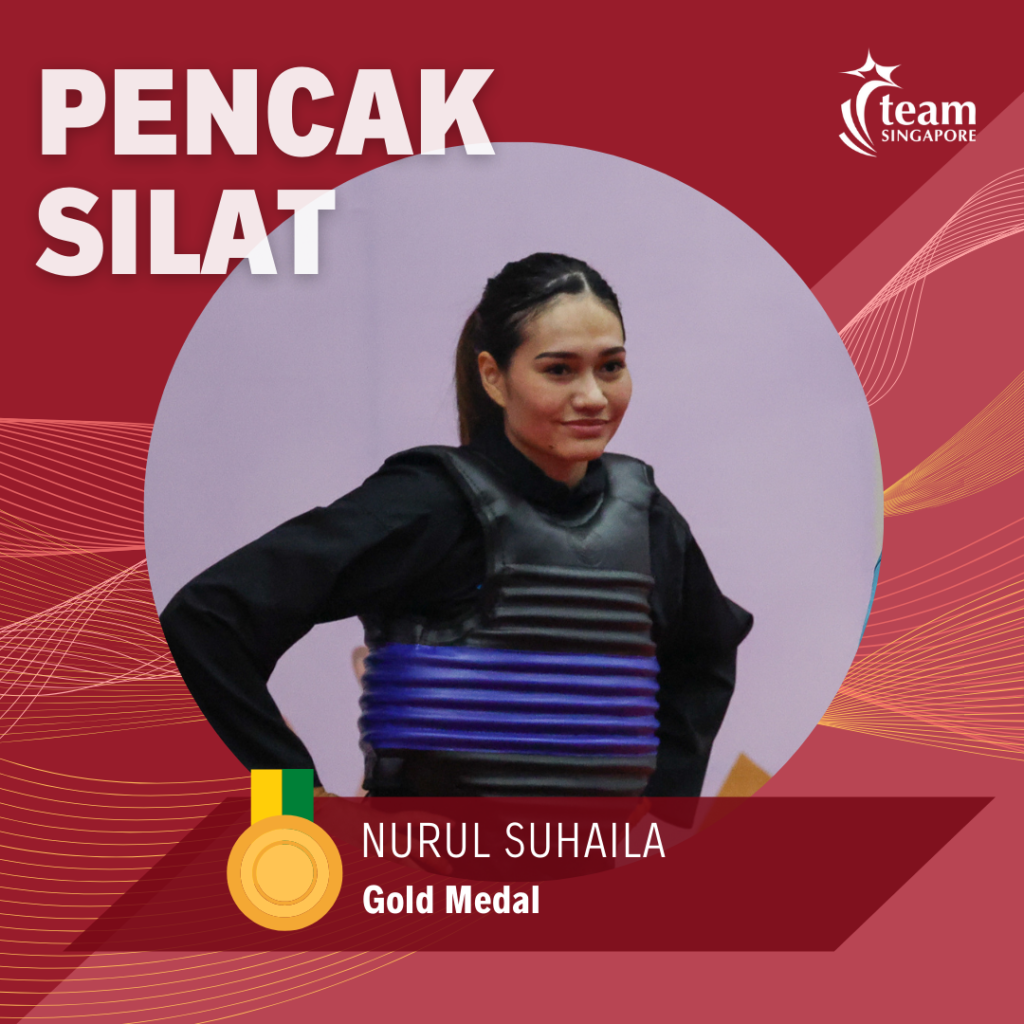 She described feeling like “a different fighter” when she entered the arena this time.

“I was also really focused on listening to my coaches because I trust them a lot, and I’m so happy I could bring back the gold for them,” she gushed.

Muhammad Hazim Mohamad Yusli scored the country’s second silat gold of the day after beating Indonesia in the men’s Class C (55-60kg) tanding final. His opponent was disqualified for an illegal kick to Hazim’s face.

This was followed by Sheik Farhan Sheik Alau’ddin’s triumph over Thailand in the men’s tanding Class J (90-95kg) final. 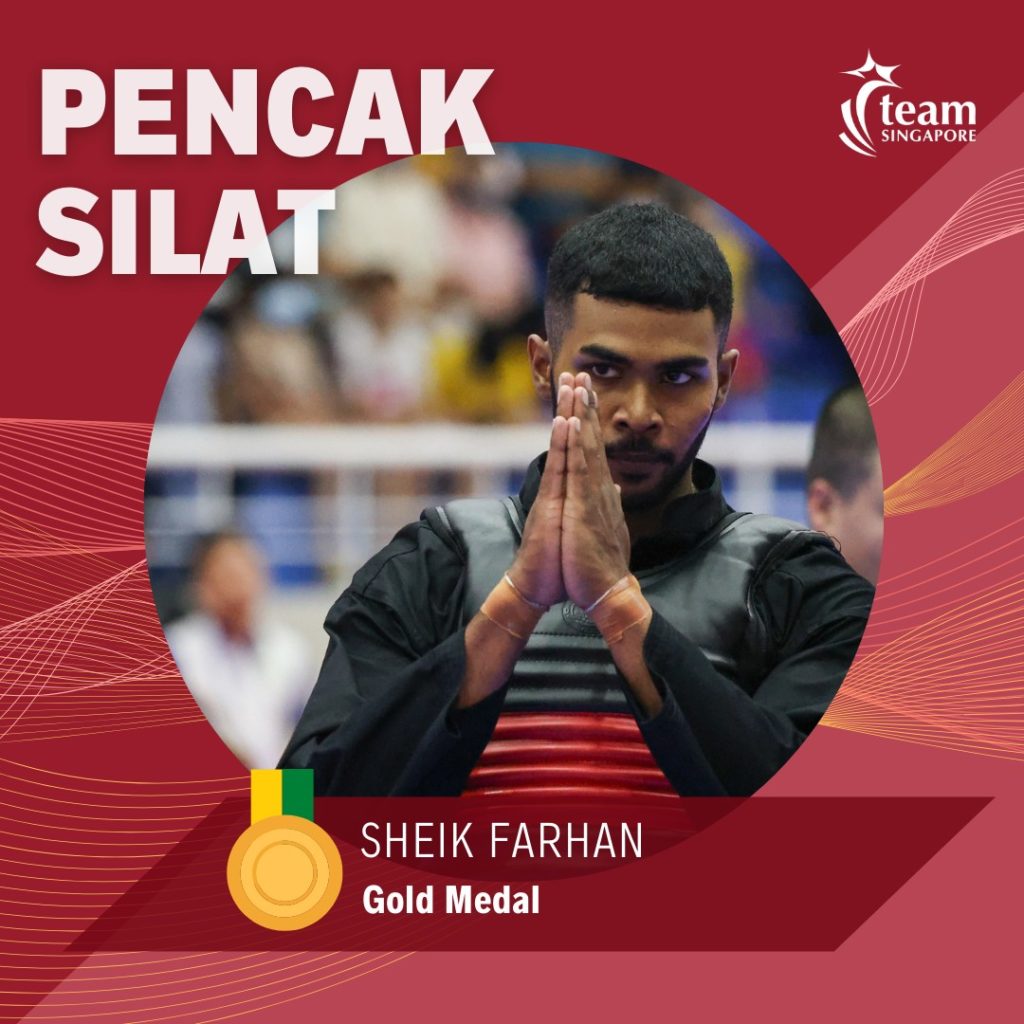 Another silat champ, Iqbal Abdul Rahman, won Singapore’s very first gold in this year’s SEA Games in the men’s artistic singles on 11 May.

This brings Team Singapore’s silat medal tally to four gold, three silvers, and four bronzes. CNA notes that this is the event’s best showing at the SEA Games for the country.

A huge congratulations to all our SEA Games athletes

Regardless of whether they took home a gold, silver, or bronze medal, we should be proud of all Singapore athletes at the SEA Games.

After all, as Suhaila mentioned in her interview, it isn’t easy preparing for such a prestigious event. Countless sacrifices have to be made, and even getting to compete is a huge accomplishment.

MS News congratulates all the winners and looks forward to hearing more good news over the remaining period of the competition.