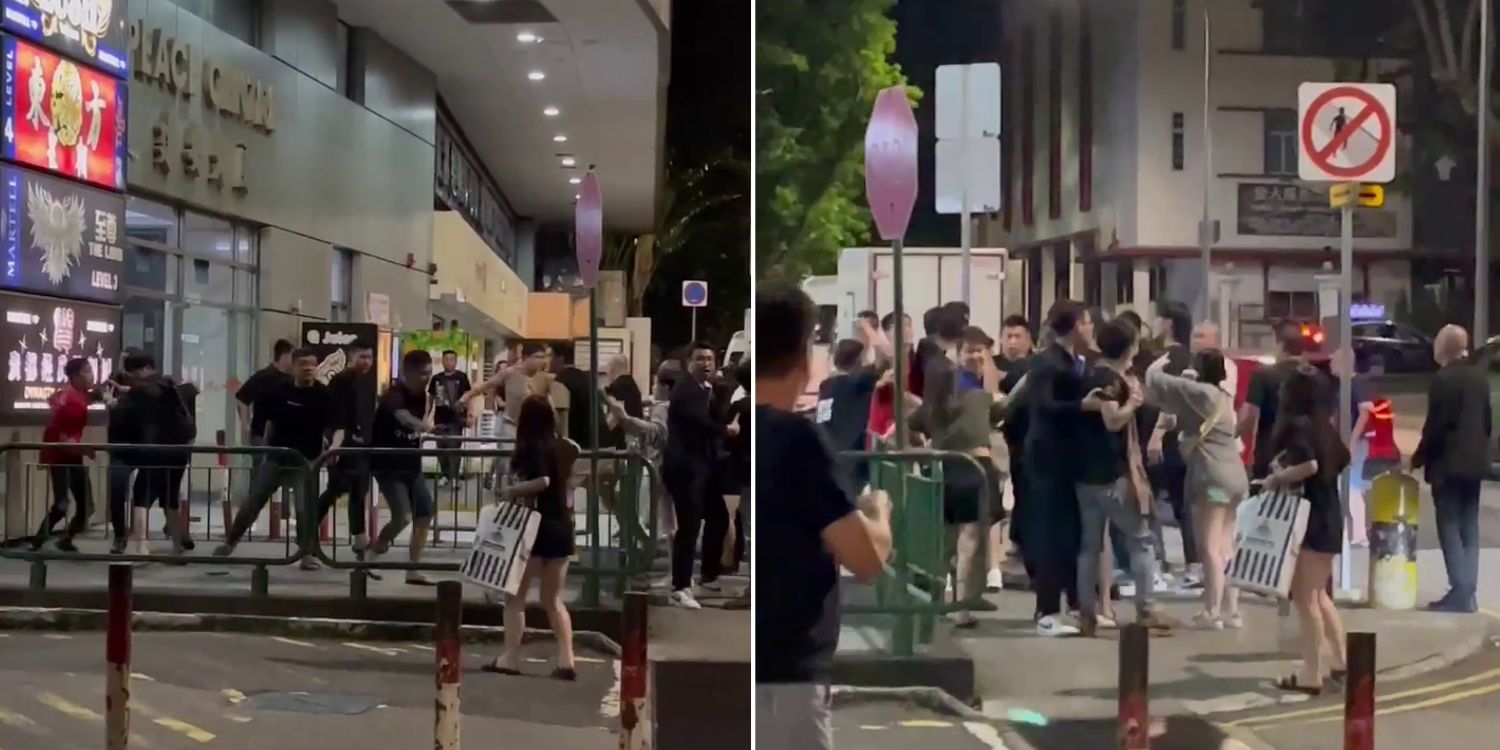 In the early hours of Wednesday (14 Sep), a fight broke out outside the Peace Centre along Sophia Road in the Dhoby Ghaut area, involving a large group of people.

According to TODAY, the police were alerted to the incident at about 3.35am.

A 30-year-old man suffered minor injuries and refused conveyance to the hospital. Another 35-year-old man was arrested for using abusive language against a public servant.

At least 15 people involved in fight

In a 31-second video of the incident shared on Facebook, a large group of people could be seen brawling just outside the mall. It was a chaotic scene as some pushed and shoved while others tried to pry them apart. Loud shouts could be heard from some of those involved.

After a short while, two men, one in red and another in black, broke away from the large group and started throwing punches at one another.

Pandemonium ensued as some tried to stop the two, leading to more trading blows with them. Towards the end of the video, one man fell to the ground while another hovered above him, about to hit him.

Lianhe Zaobao reported that at least 15 people were involved in the fight. It is currently unclear what caused the fight.