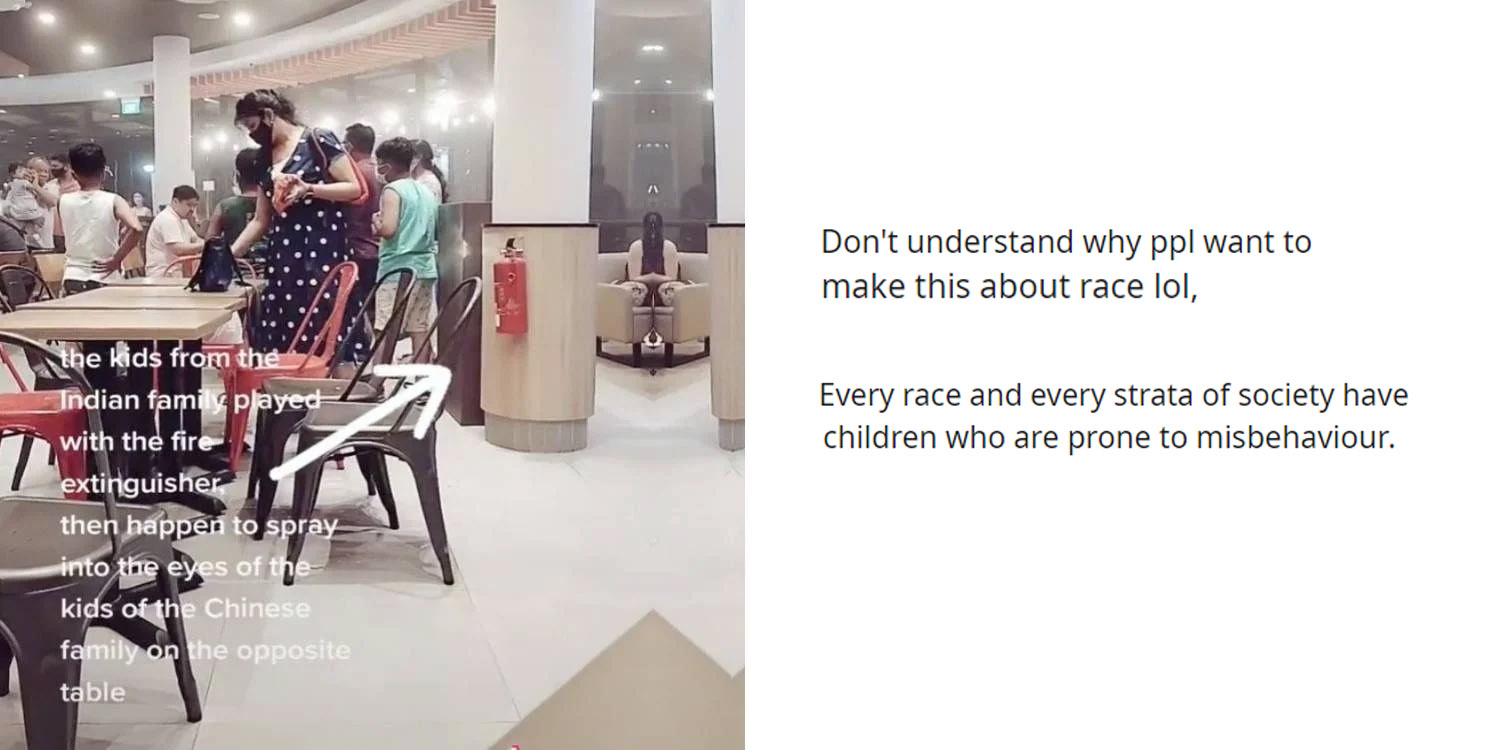 The OP said she was only trying to provide factual descriptions of those involved in the incident.

In a multiracial and multi-cultural society such as Singapore, it is crucial to be careful with our words when communicating with others.

But it appears that some people may have missed the memo.

On Sunday (22 May), a video depicting an incident with a fire extinguisher went viral on TikTok, attracting more than a million views.

hope they can settle amicably#peaceandlove

Unfortunately, some took the opportunity to impose stereotypes on certain races and made racist remarks.

Others on social media were quick to call out this disrespectful behaviour and insisted that race did not matter in this case.

On 22 May, a TikTok video from @kakading was posted on Reddit. The footage showed an incident that had apparently occurred between two children and a fire extinguisher.

According to the caption in the video, a child from an “Indian family” was playing with a fire extinguisher and accidentally sprayed it into another kid’s eyes. The other child was from a “Chinese family”.

In a follow-up TikTok video, @kakading shared that the incident was reported to the police. The police arrived within 10 minutes.

Some netizens make racist remarks about the fire extinguisher incident

Unfortunately, in the comments section of the first TikTok video, some people made racist remarks about the respective families’ race.

One person labelled the Indian family “CECA” and concluded this behaviour was typical of the family’s race.

“CECA” refers to the Comprehensive Economic Cooperation Agreement, a free trade agreement between Singapore and India. Since then, some have used the acronym as a derogatory term to refer to Indians, regardless of their nationality.

The video was reposted on Reddit, with the OP also referring to the family as CECA in the title. “Ginna” means young child in Hokkien. 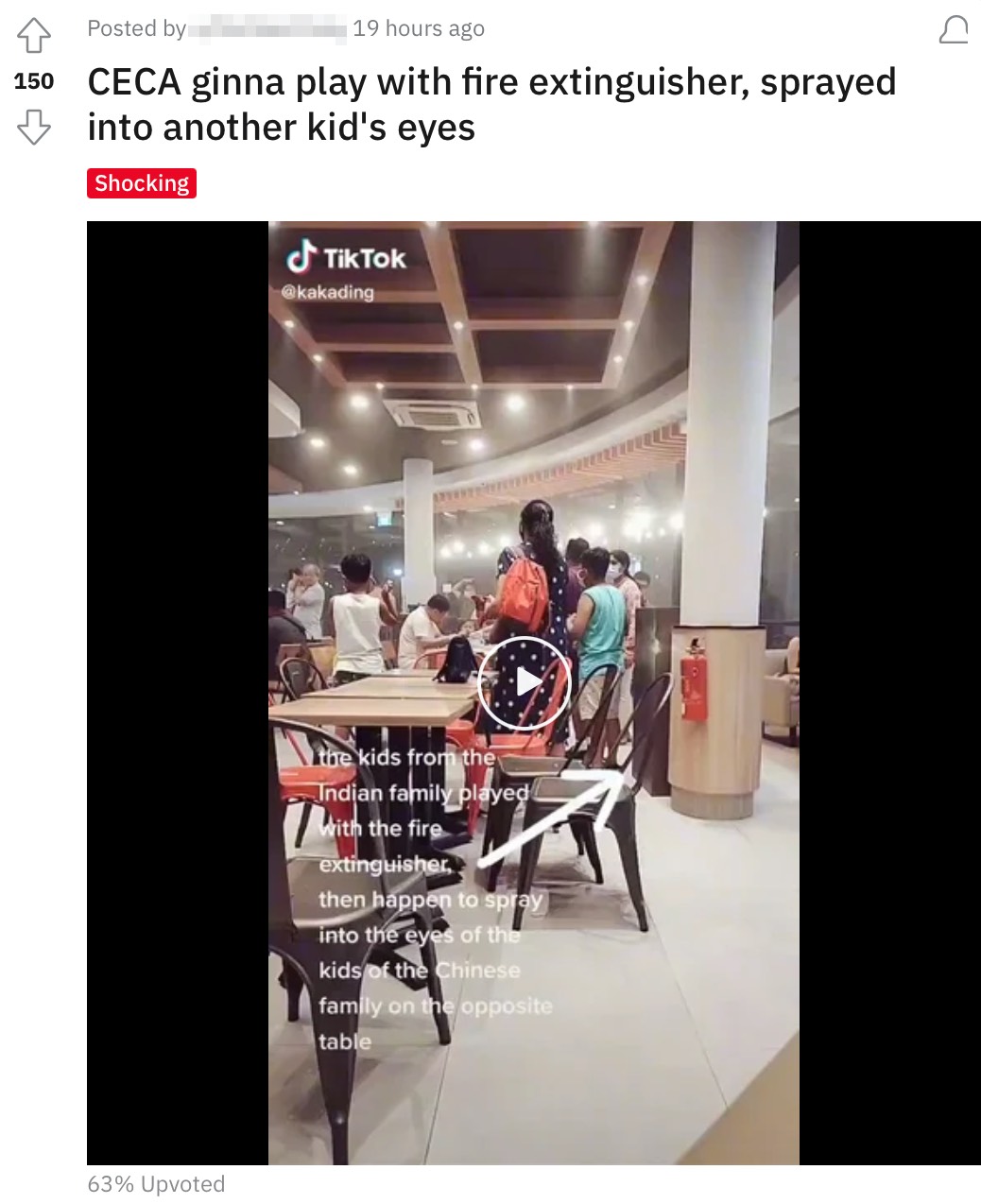 A commenter added fuel to the fire by remarking that “their kids” are always the most difficult to manage.

In response to the racist comments, @kakading made another TikTok video to clarify her intentions. She called out those who took advantage of the situation to be racist and said she only specified their race to describe the people involved in a factual manner.

On the other hand, others insisted there was no reason for their race to be mentioned.

Another was appalled by the rampant racism in the comments on Reddit.

It is especially important to be racially sensitive in Singapore’s multiracial society.

At times, even if it is unintentional, our words may be misunderstood by others.

However, there is no excuse for those who deliberately make racist remarks and belittle other races.

Should anyone encounter such behaviour, they shouldn’t hesitate to call them out and correct them.

Featured image adapted from @kakading on TikTok and Reddit.