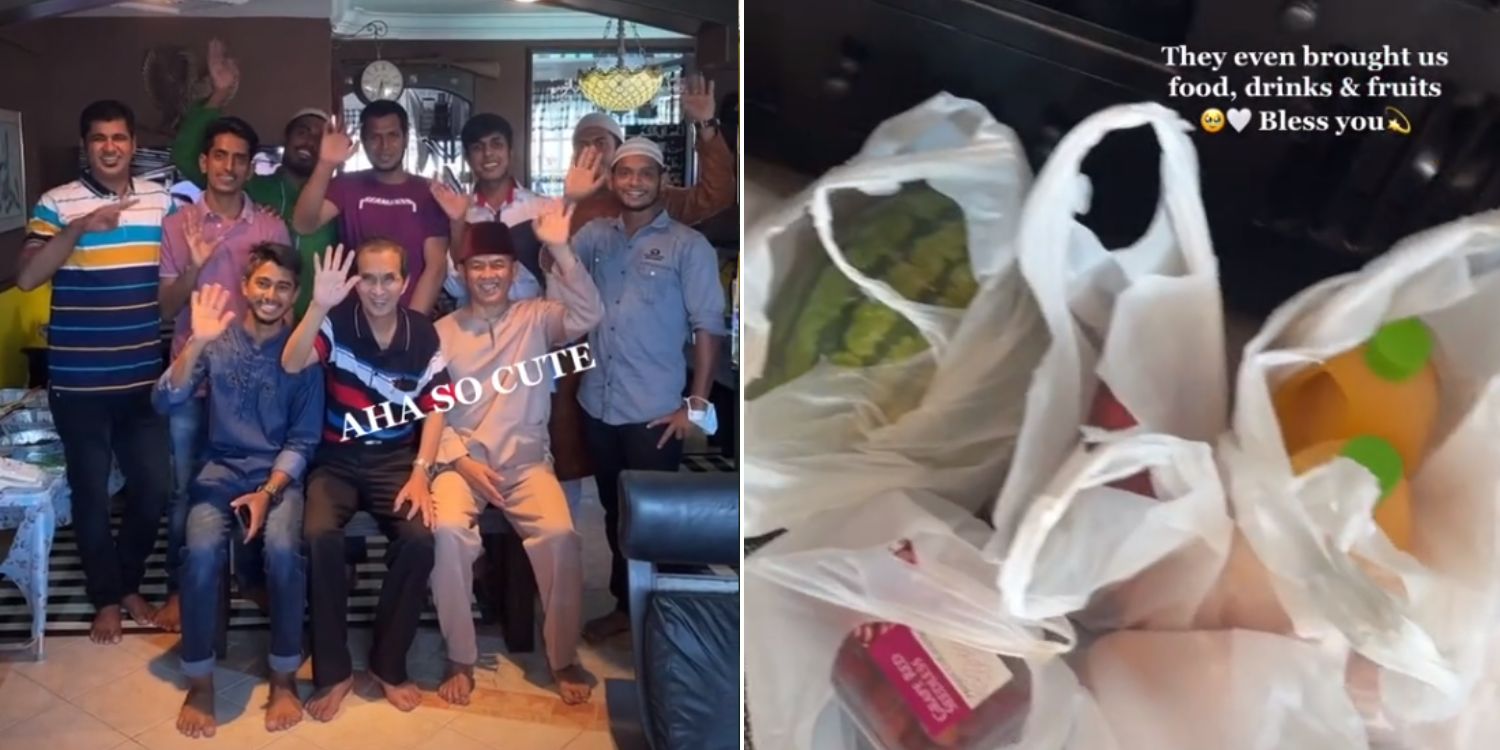 Harmony at its finest.

For most people in Singapore, the first day of Hari Raya is often an intimate affair for close family members as they gather to seek forgiveness and spend time with each other. But one man decided to do things differently by inviting several migrant workers and a Chinese colleague from his workplace.

His daughter shared snippets of the wholesome event in a TikTok video on Wednesday (4 May).

In a TikTok video on 4 May, @n4di4ndin shared her family’s unordinary celebration on the first day of Hari Raya the day prior (3 May).

Instead of having relatives over, her father decided to invite several migrant workers and “a cute Chinese uncle” to their home. 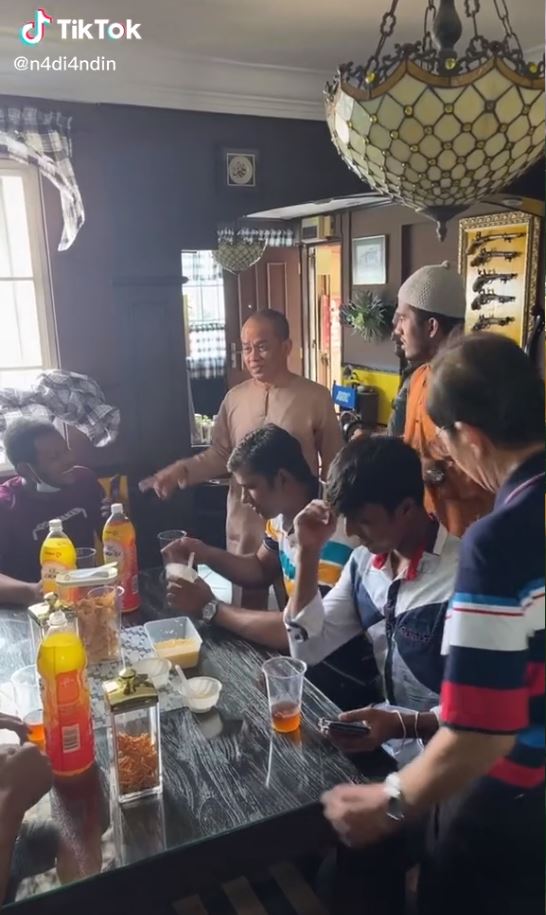 Like many typical scenes during Hari Raya, the men appeared to be having fun, laughing and chatting while sitting around a table full of food and drinks.

At one point, they even stood in a circle in deep conversation, perhaps representative of how close their bond must be.

Throughout their interactions, the OP couldn’t help but notice how happy everyone looked.

Just when you think the video couldn’t get any more wholesome, @n4di4ndin revealed towards the end that the workers didn’t come empty-handed.

Perhaps as a form of thanks to her family for hosting them, the workers brought bags of food and drinks. Viewers were even amused that there was a whole watermelon in one of the bags.

An uplifting example of living in harmony

Though a humble affair, the unfaltering smiles on the workers’ faces prove that the gesture meant a lot to them, likely because they don’t have anyone to celebrate the occasion with here in Singapore.

We’re glad that they had the opportunity to experience Hari Raya with a family, albeit not their own. Kudos to the OP’s father for initiating the event.

We hope to see more of such uplifting interactions between different sectors of Singapore society in the time to come. After all, it’s the least we can do to show our respect and appreciation for each other.