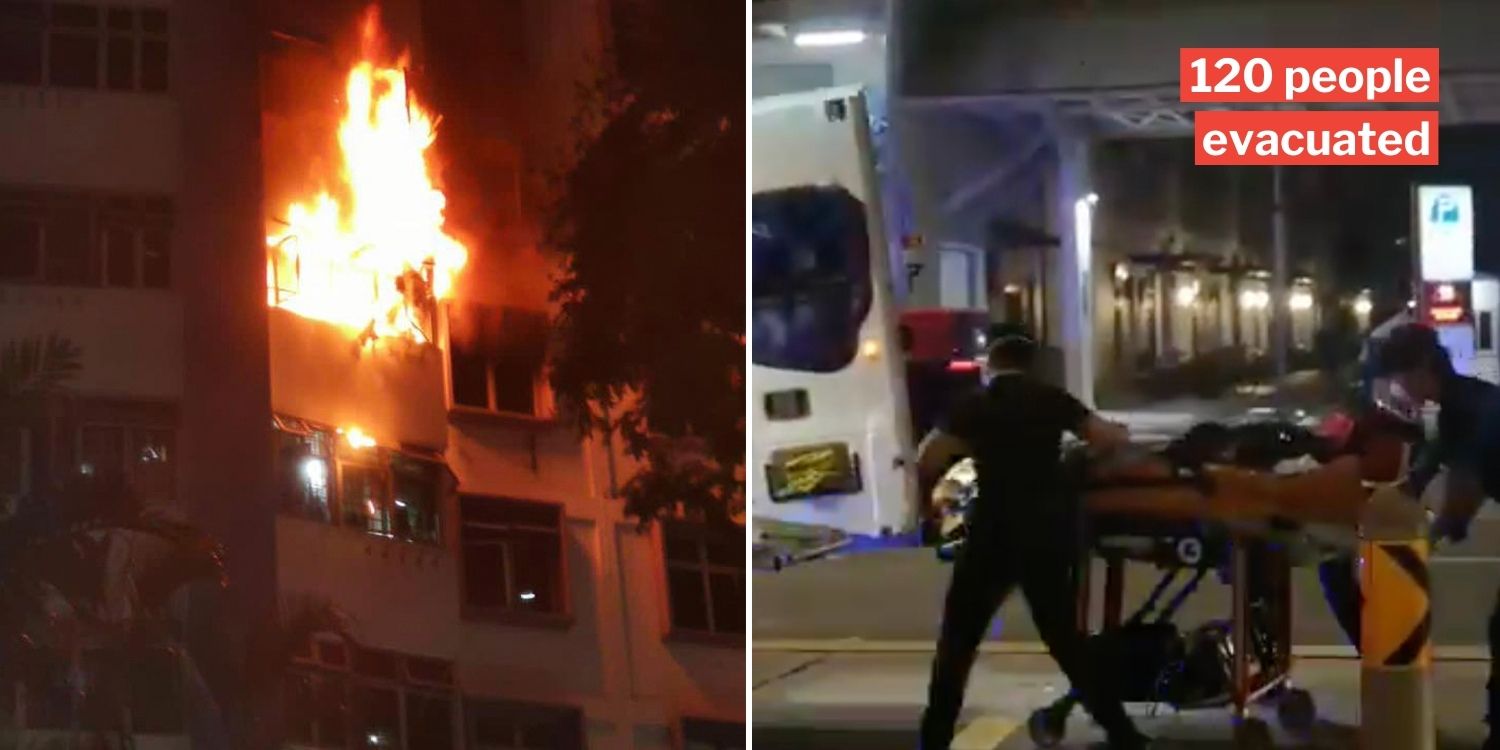 Recently, Singapore has seen quite a number of devastating fires breaking out at HDB buildings.

On Saturday (12 Jun) night, another fire broke out on the 7th storey of a North Bridge Road HDB rental block. 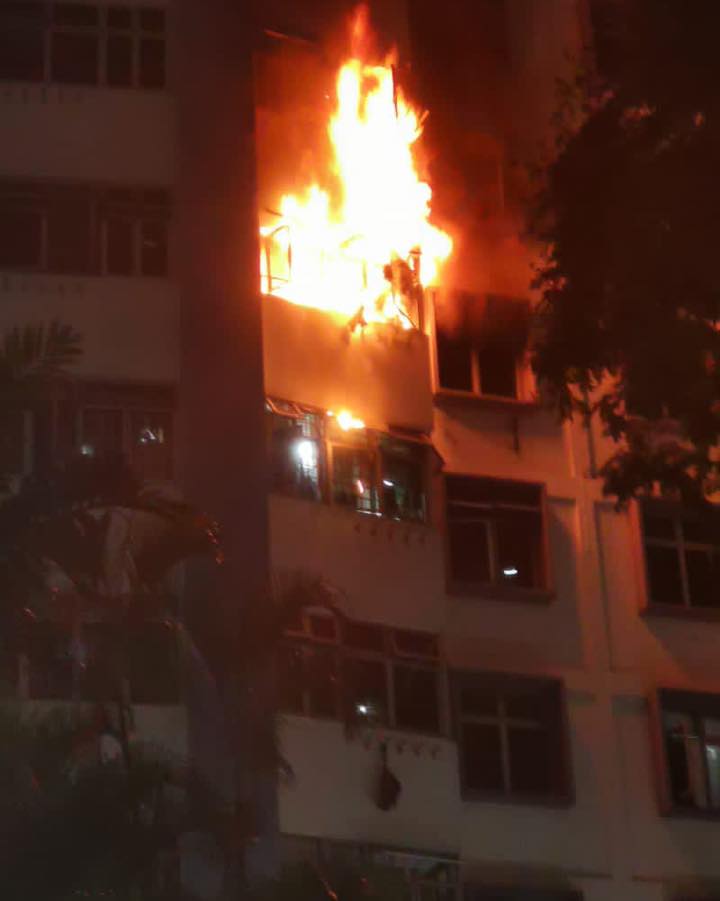 SCDF successfully put out the fire using a water jet, though the blaze was so big that about 120 people were evacuated.

On Saturday (12 Jun), the Singapore Civil Defence Force (SCDF) was alerted to the fire at Block 8 North Bridge Road around 10.15pm. 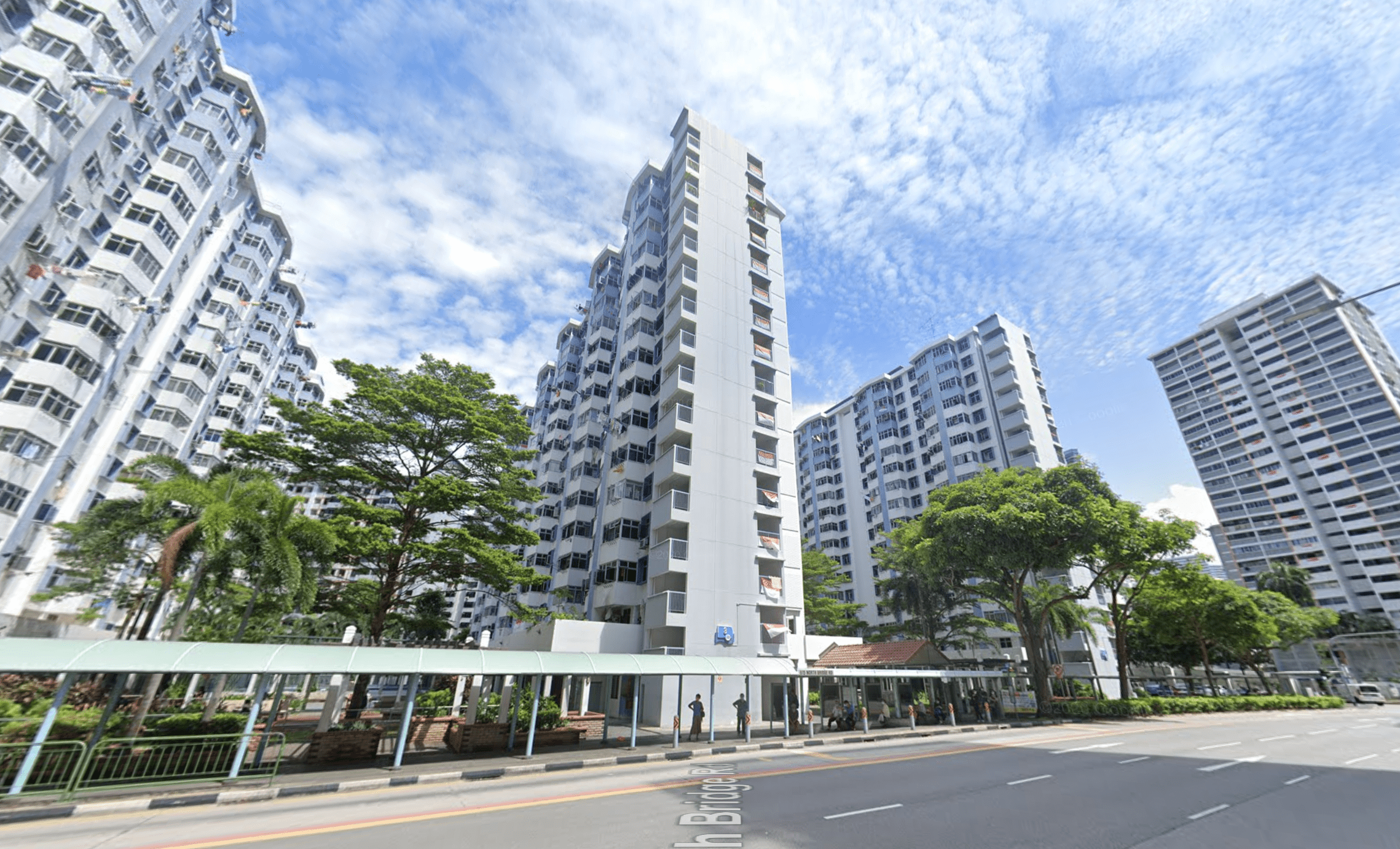 According to The Straits Times (ST), the fire started at a 7th floor unit in the block.

Some 120 residents living from the 6th to 10th floor of the block were evacuated, while 5 others were sent to the hospital for treatment. 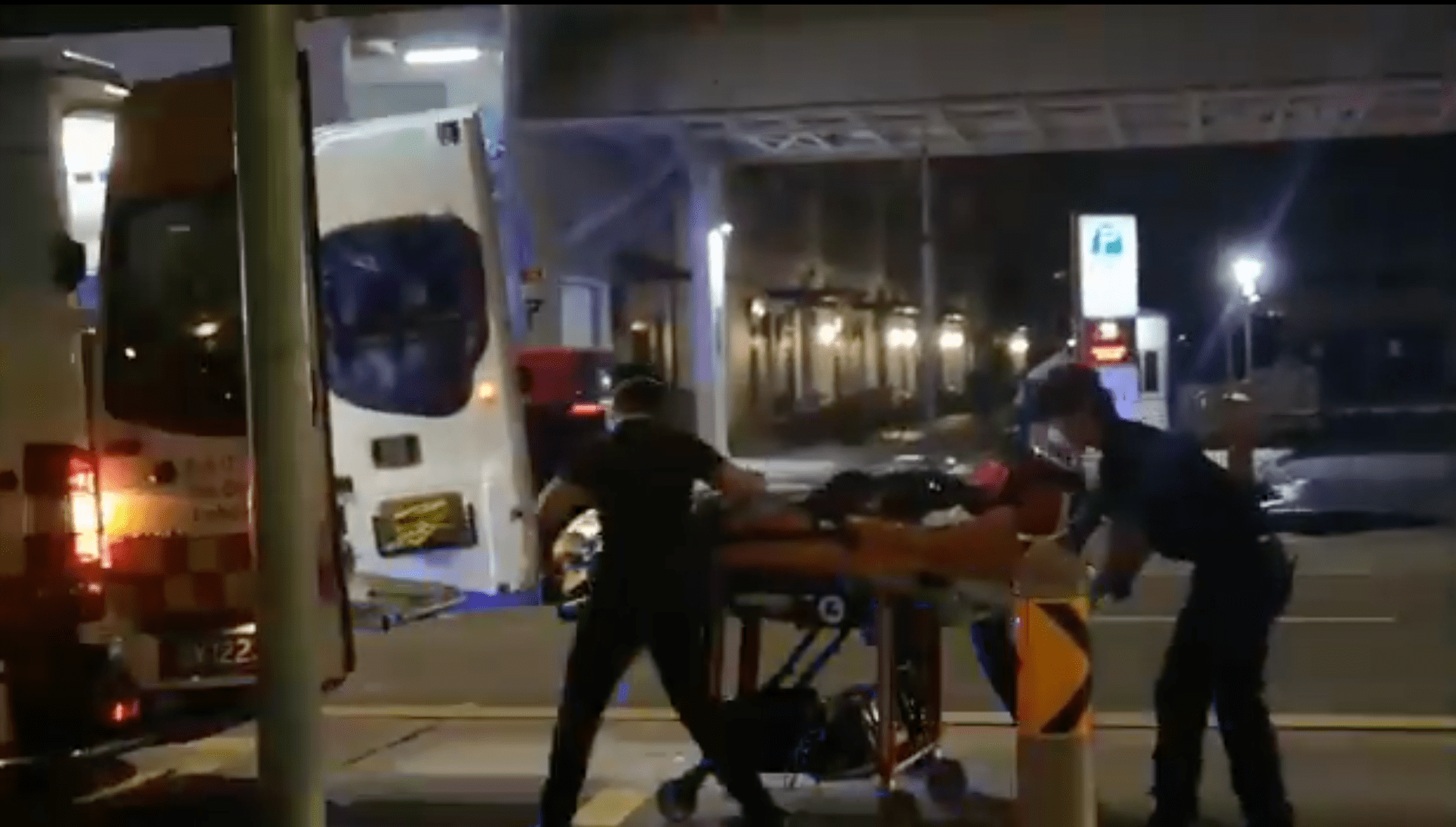 The cause of the fire is believed to be a washing machine that experienced a short circuit.

Following that, a young man and woman ran out of the unit saying there had been a short-circuit. They then asked if anyone had a fire extinguisher.

However, as they were seeking help, the blaze grew. Smelling the smoke, another resident in the unit above hurriedly called SCDF for help.

When reporters arrived, police had cordoned off the ground floor of the block. 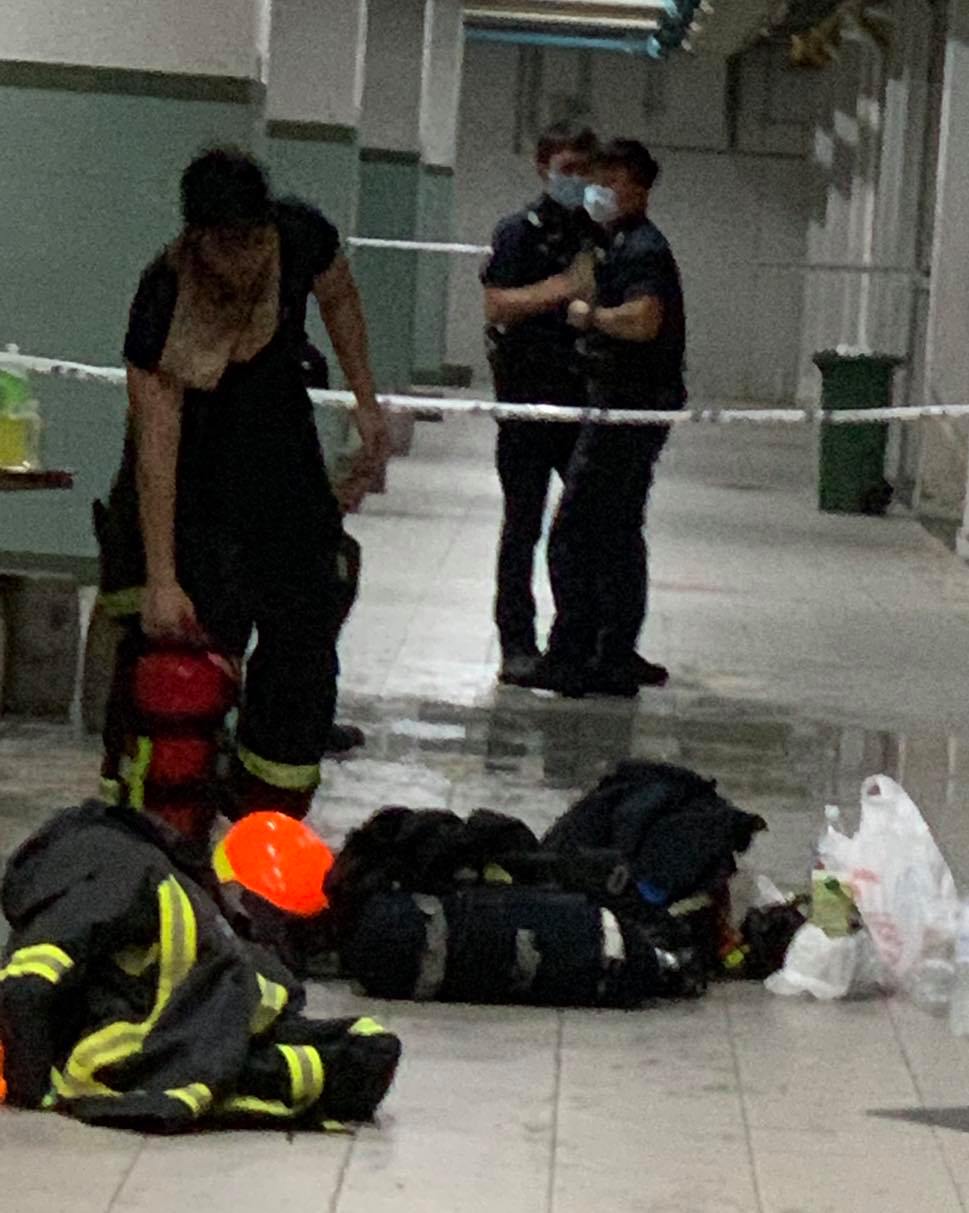 At around 10.45pm, the SCDF rescued 2 grey kittens from the fire.

Unfortunately, 1 did not survive, leaving its owner distraught. 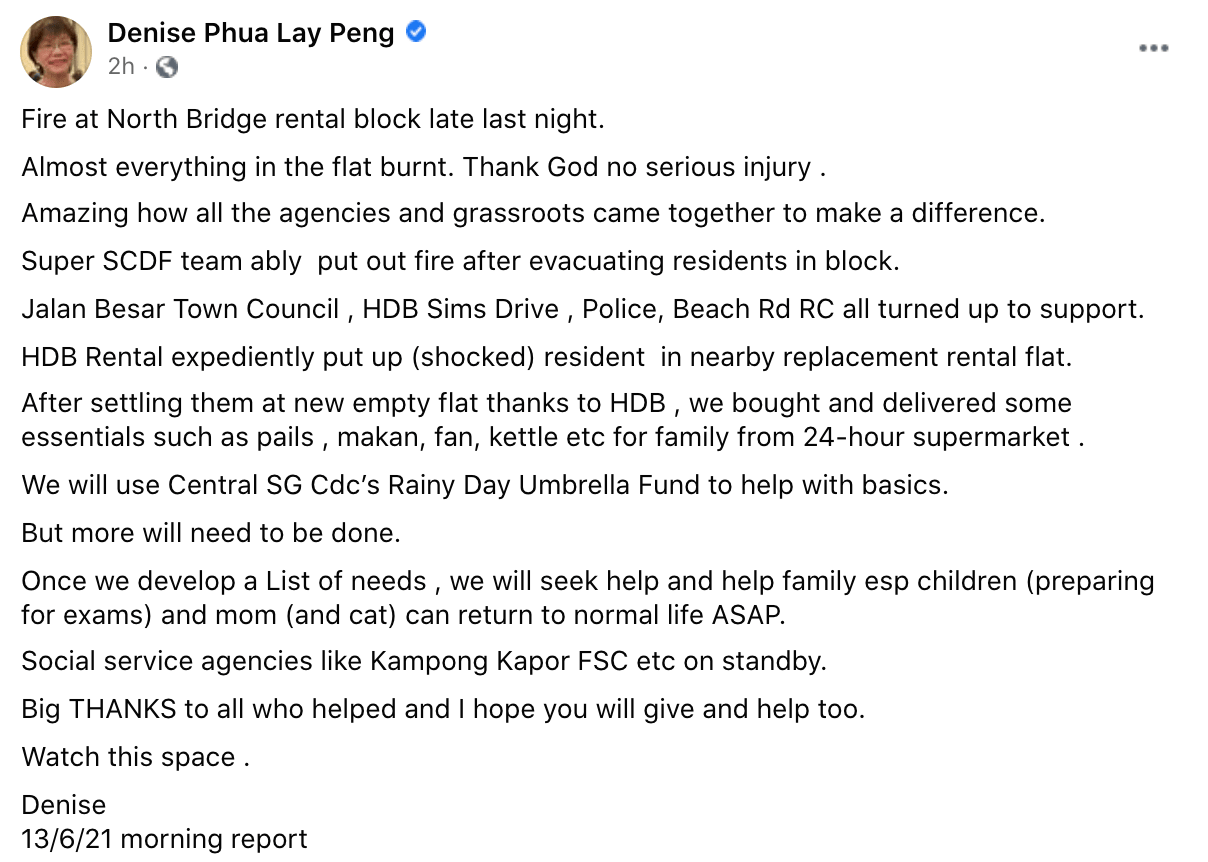 She said the fire left almost everything in the flat burnt.

Following the incident, HDB expediently put up the affected family in a nearby replacement rental flat. 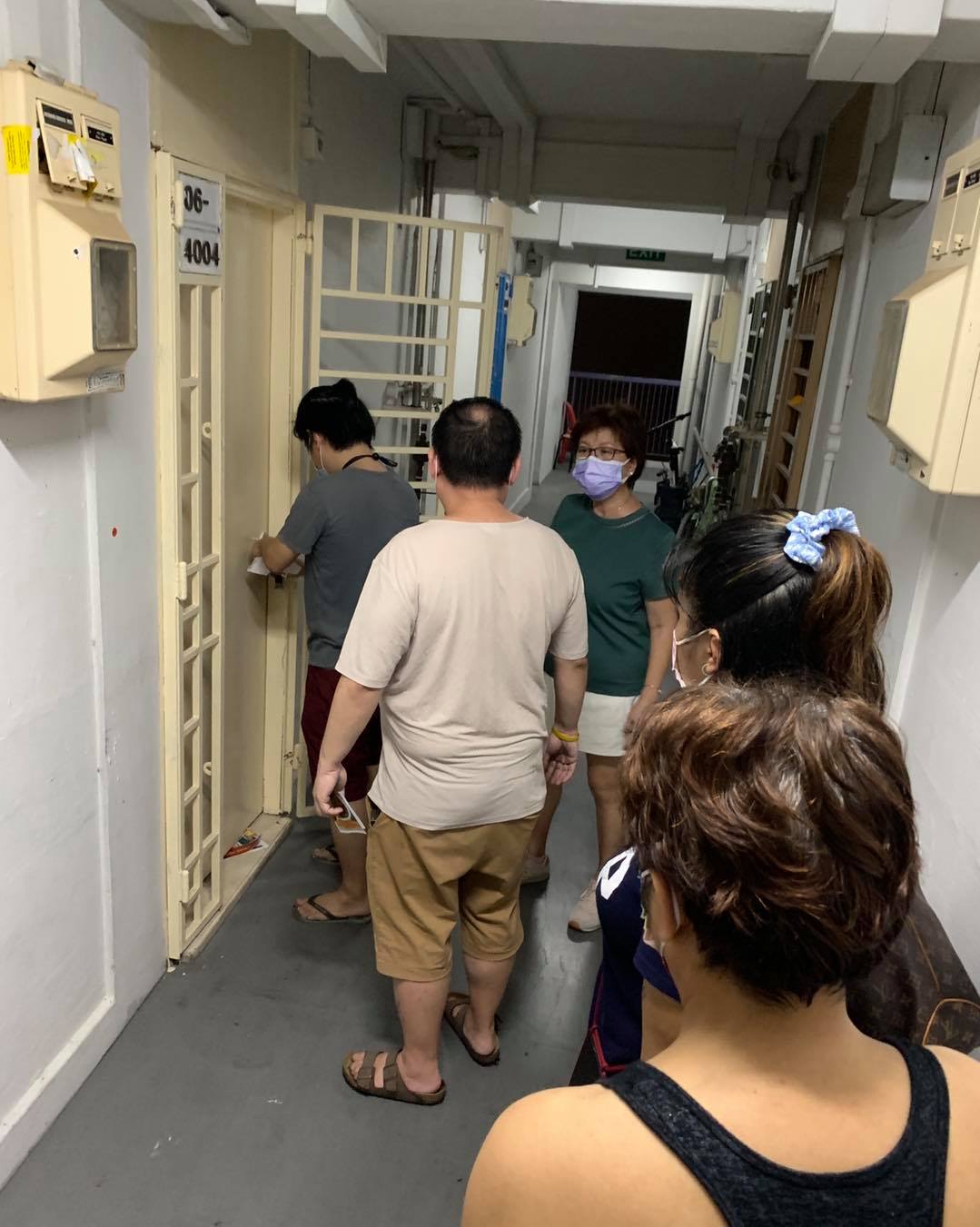 Jalan Besar Town Council then helped to buy and deliver some essential items like pails, food, a fan, and a kettle for them.

Ms Phua noted they would soon come up with a list of necessities and seek help for the family, which also comprised children in the midst of preparing for exams.

Kudos to the SCDF and police for speedily putting out the fire and ensuring the safety of residents.

MS News wishes a speedy recovery to those who suffered injuries from the fire.

Losing all your belongings to a fire overnight must be a traumatising experience. We are glad the affected family is also receiving the help they need.