UPDATE (20 Apr): Foodpanda has reached out to the customer to extend their apologies. They’re also currently investigating the matter, and will take necessary steps to prevent this from recurring.

Finding purchased groceries in mouldy condition is every customer’s nightmare.

Those who face such a predicament tend to be in a heightened state of worry, so customer service plays a huge role in easing the situation.

But a Foodpanda customer is left even more frustrated after wanting to escalate his case to a manager.

He was alarmed after finding mouldy cheese in his Pandamart order as he was prepared to use it to cook dinner. The entire experience was chronicled in a Facebook post yesterday (17 Apr).

Unfortunately, he said the incident has convinced him to patronise other delivery platforms from now on. We summarise the incident below.

Customer reaches out to Foodpanda after finding mouldy cheese

According to the post, the OP said he wanted to bake pasta for the fam. So, he ordered cheese, mushrooms, and some sauces from Foodpanda’s Pandamart.

Upon receiving the items, he used the cheese for his first batch of pasta. But, when preparing for the second batch, he realised a lump of cheese had fungus in them. Demands to speak with a manager to convey severity of issue

After conveying his complaints to Foodpanda’s customer service, the OP said he was offered a refund for only the cheese. 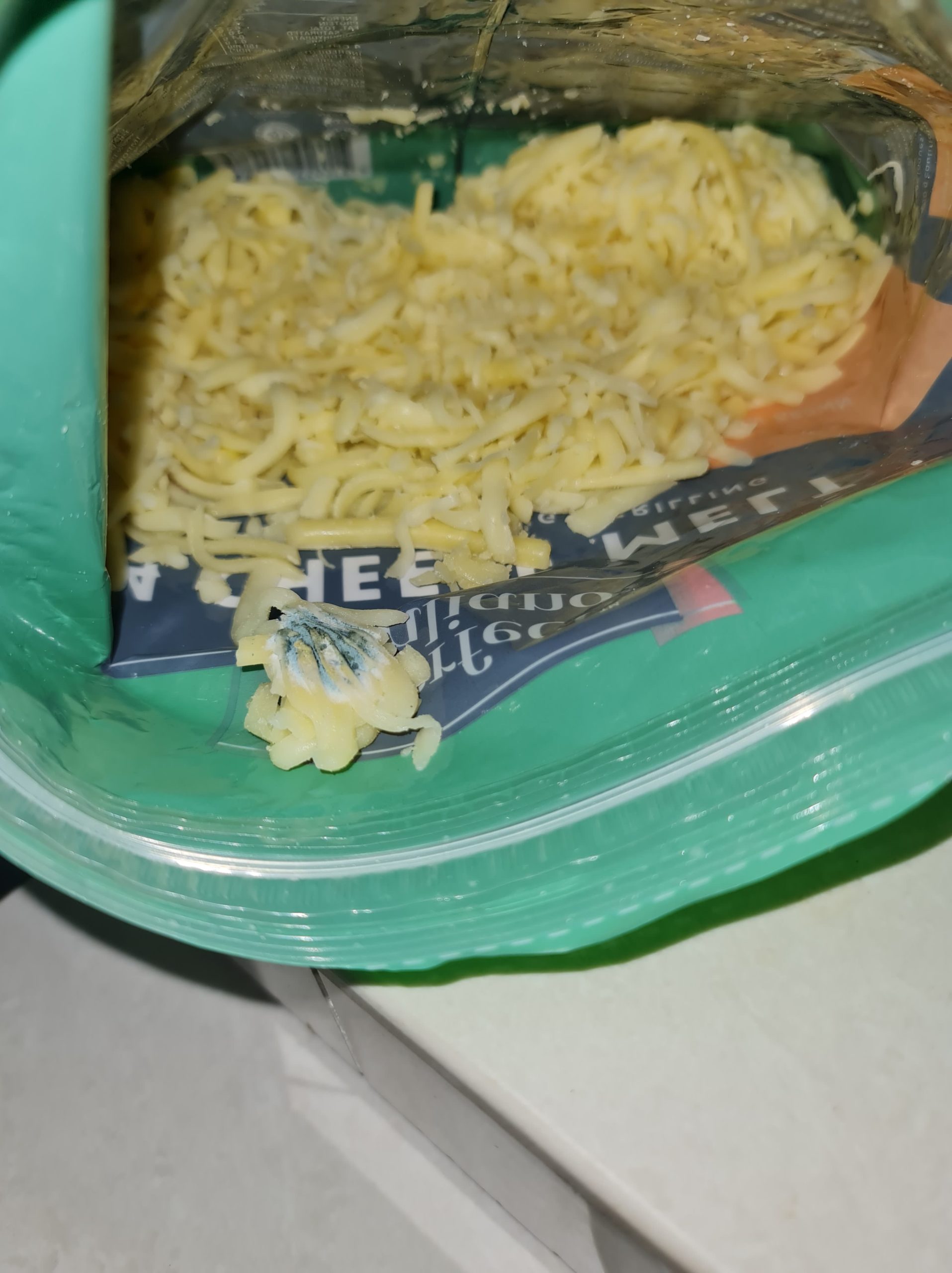 Stressing that the issue was serious, he said “people could get very ill” if they had consumed bad cheese. Hence, he insisted to speak to a manager. 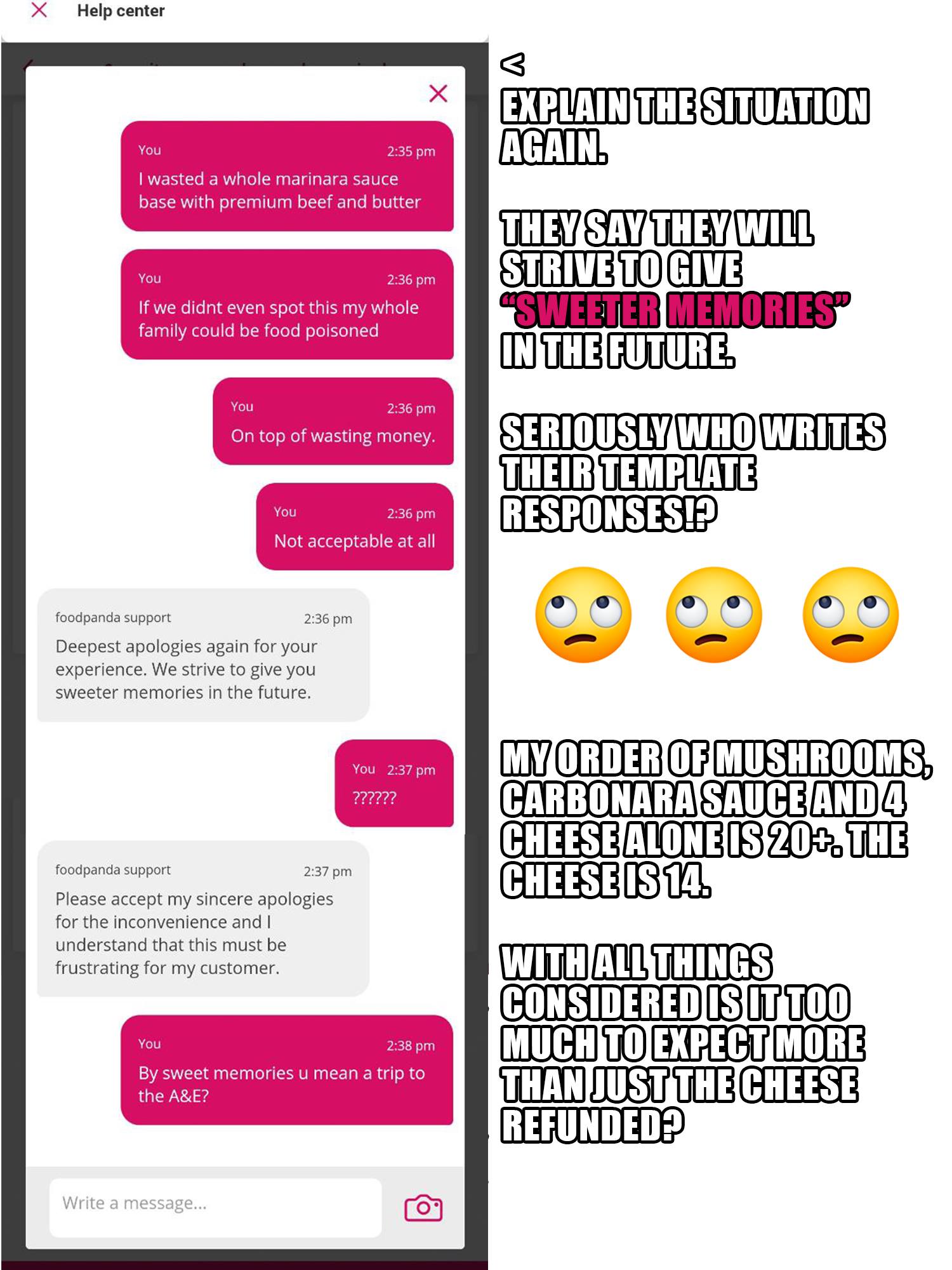 The CS obliged and reportedly told him that he would get a call back.

Phone rings briefly, no one speaking on the other end

Strangely, the OP said his phone only rang once, before getting cut. Astounded, he said,

I couldn’t humanly pick up the phone fast enough. This happens twice.

He contacted the CS again, and he was promised a second call back. However, when he picked up, there didn’t seem to be anybody on the other end. He had even recorded everything and uploaded the audio clip to YouTube.

In the 2 calls I answered. The CS agent just kept quiet, before hanging up the call.
I could not believe what was happening.

Exasperated, he expressed that he was disappointed in the way the CS staff had apparently handled the call.

He eventually got his refund, with an additional $5. But, the OP stressed that his gripe wasn’t with the compensation—it was the way the CS had tackled the situation that felt “insincere”.

The OP also had trouble accepting “flowery template answers” from them.

From the screenshots, it appears that the CS staff were replying with similar messages despite the OP airing his concerns over the risk of food poisoning. 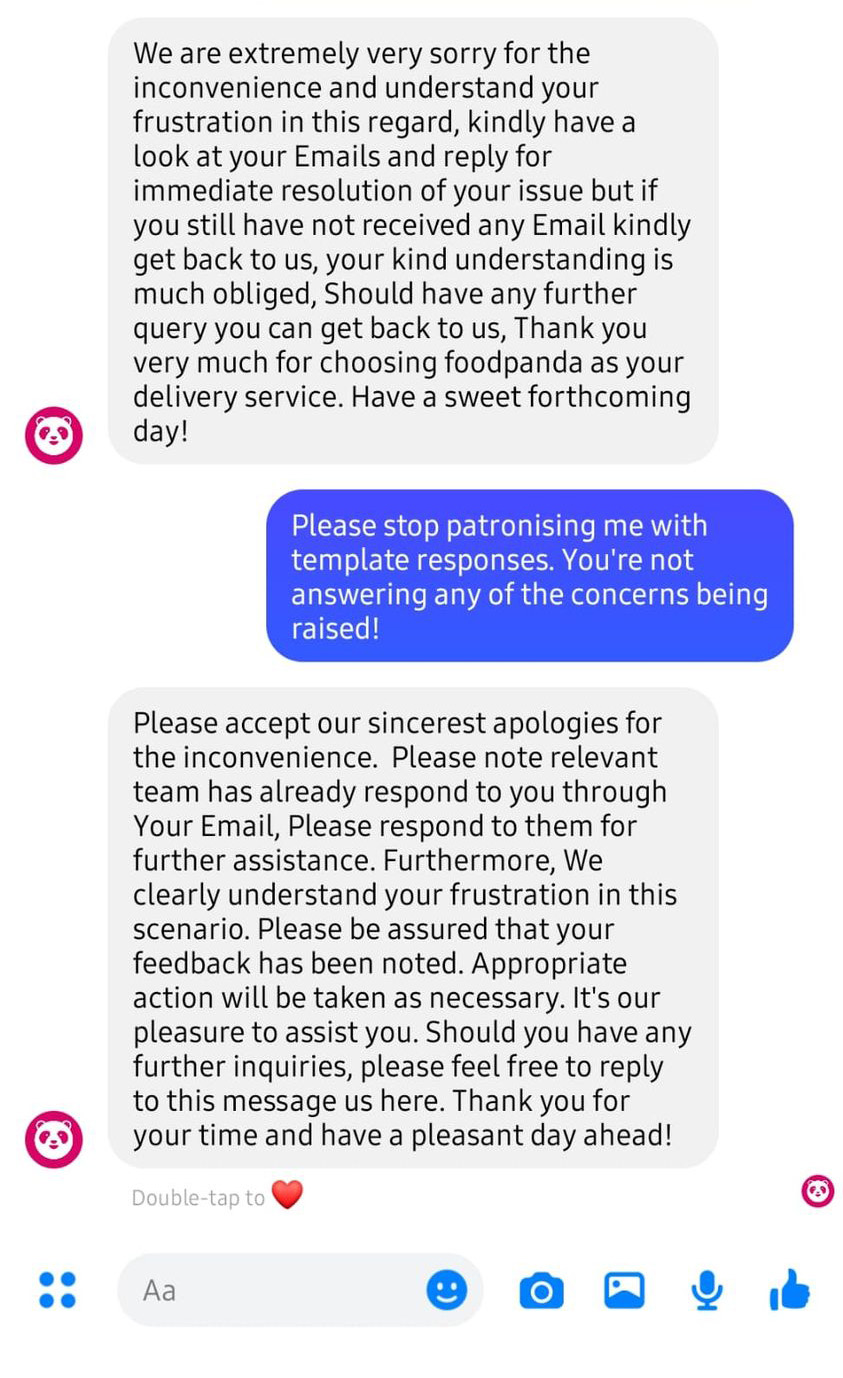 Speaking to MS News, the OP stressed that at the end of this experience, his intention wasn’t to seek compensation.

It was to highlight food safety issues and how their customer service team can improve when addressing such concerns.

We’ve reached out to Foodpanda for a statement, and will update the article when they get back.

Having good customer service and growing a business go hand in hand. After all, research has shown that most consumers tend to engage with a competitor following a poor customer experience.

Such is the case for the OP who found mouldy cheese in his grocery order and simply wanted the CS staff to address his concerns.

If the OP’s claims are true, we hope Foodpanda can take heed of their customers’ complaints and do more in addressing their concerns.

After all, having satisfied customers will go a long way in solidifying one’s reputation in the market.

Featured image courtesy of the OP.