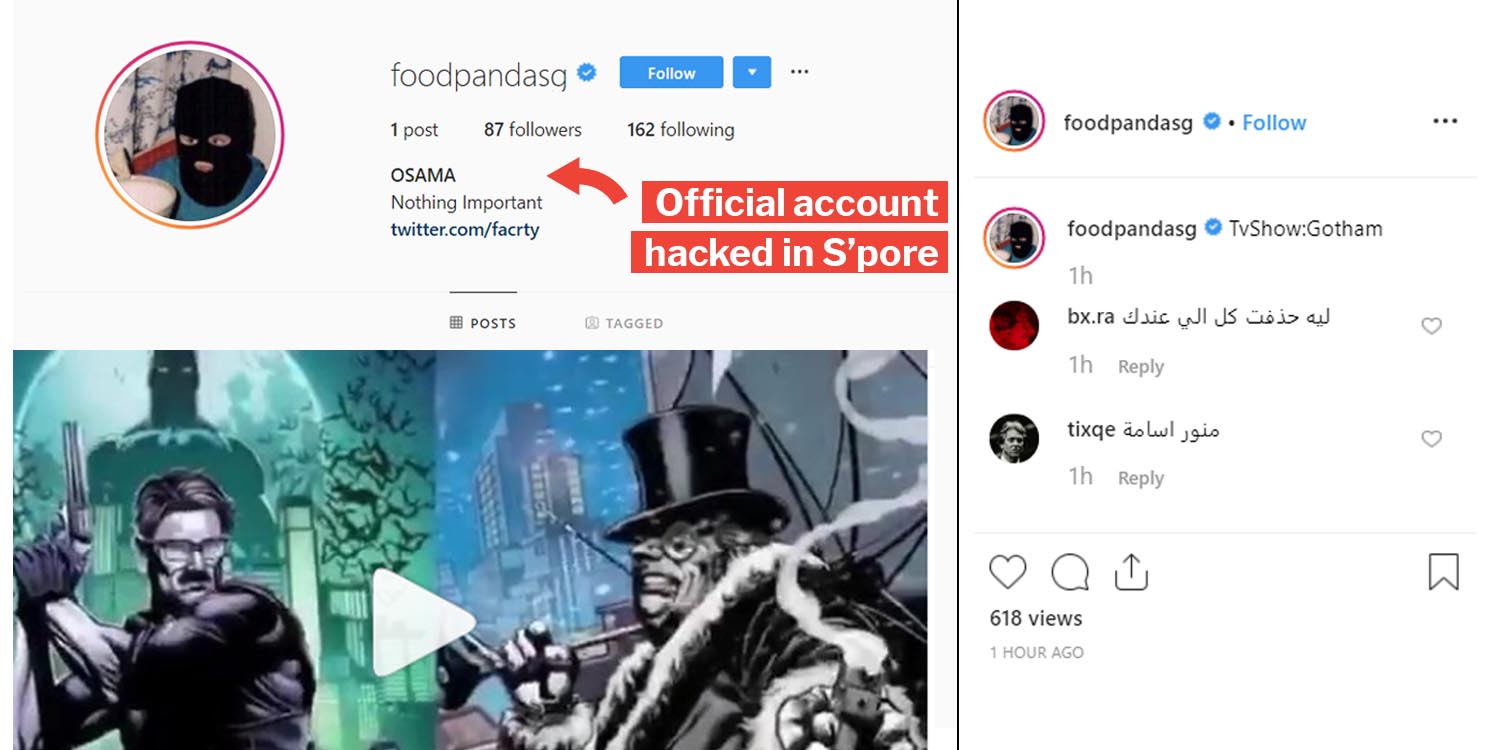 A local food-delivery service giant, Foodpanda has become a victim of a hack on its official social media account, as of 1.10pm on Monday (15 Jul).

They confirmed the hack in a Facebook post at around noon, and apologised for any “inappropriate messages” their followers may have received during that time. 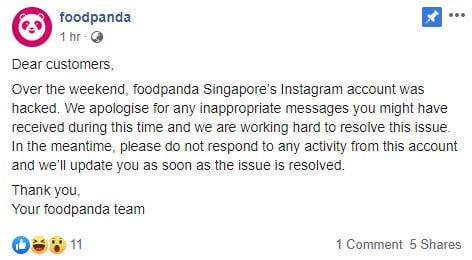 But perhaps, the signs were there all along. Followers of the account reported a series of weird responses received over the weekend, as the hack had already happened.

The profile pic of the account has also been changed to a man in a black mask, with the bio, 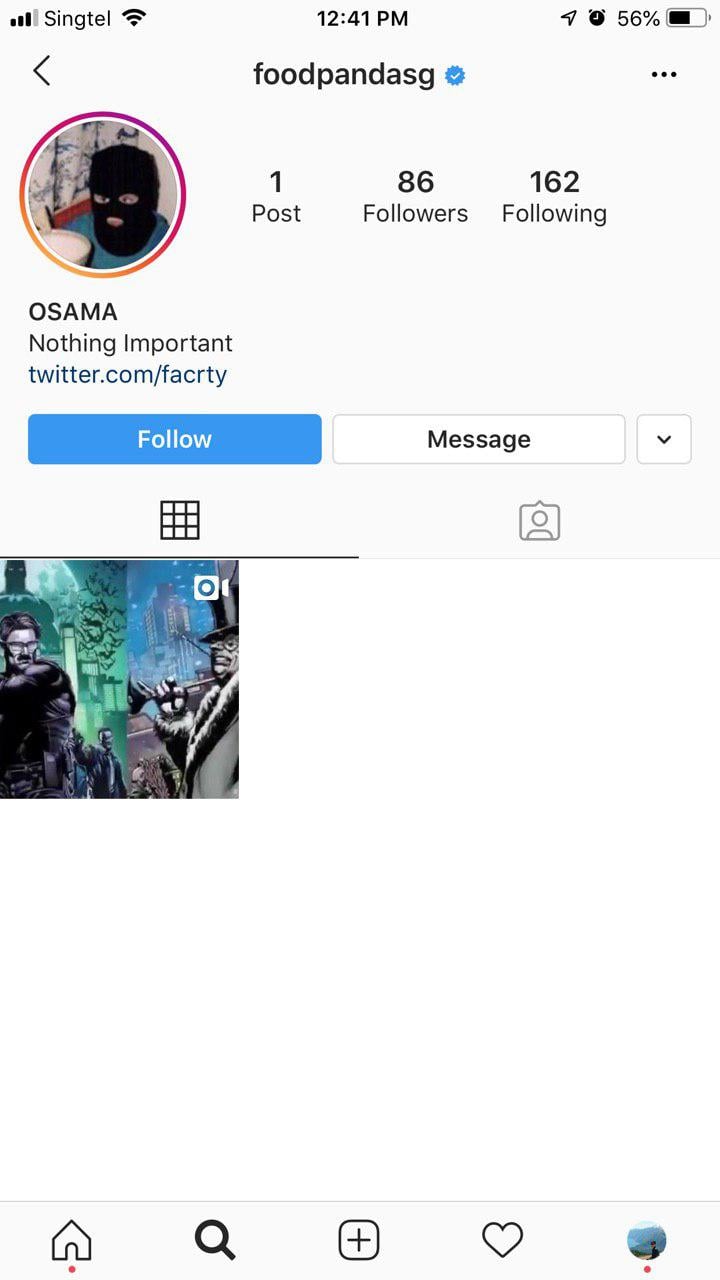 And for that single post, the hacker is presumably using a kind of bot to tag people in the comments. The total number of comments, at the time of writing, stands at 565,000 — all within 1 hour since the post went up. 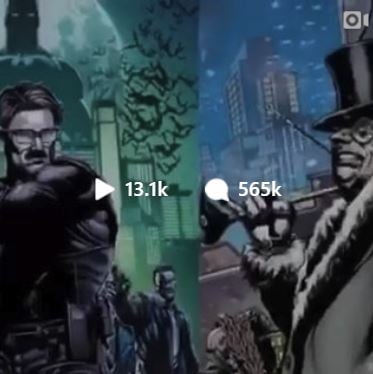 As for the ‘Tagged’ post section, there are still hundreds of photos left, which hint towards this account being the company’s actual social media platform. 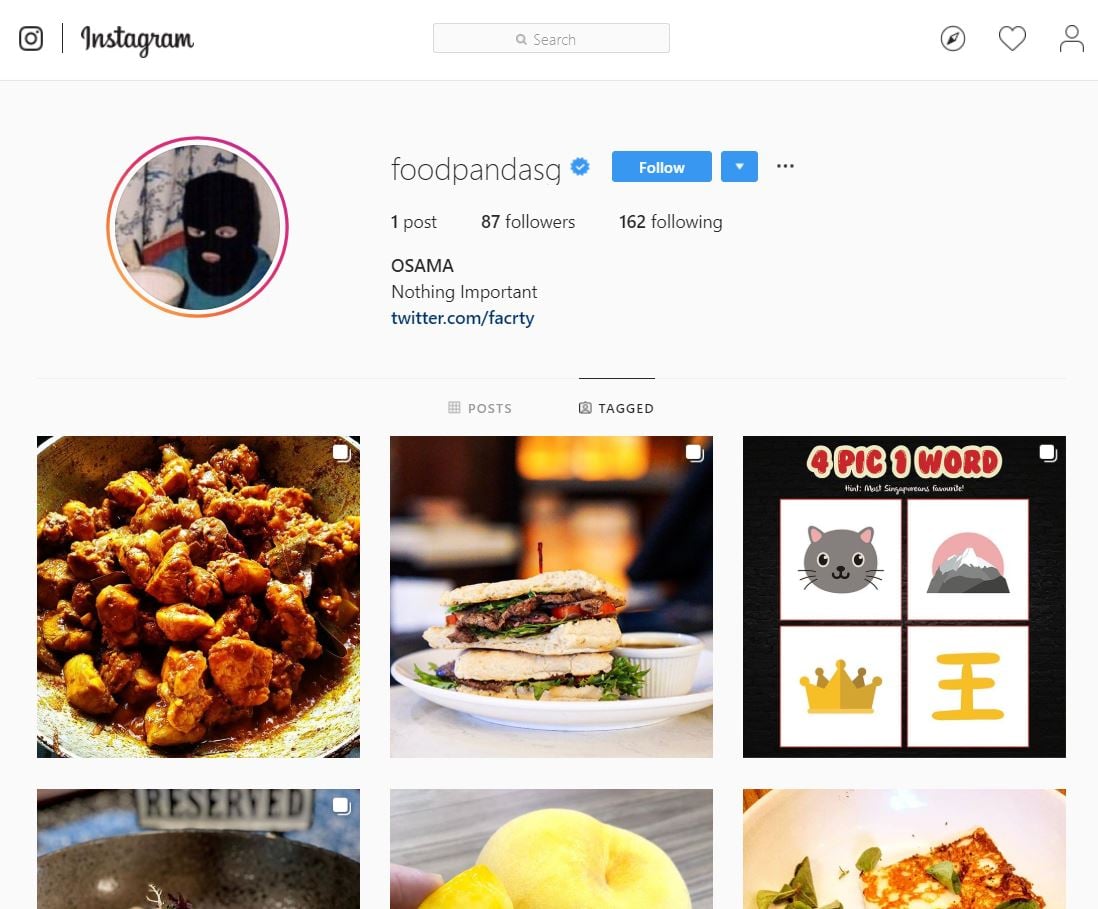 Turns out, this wasn’t the only sign towards hinting that a takeover of the account had occurred.

Instagram user @gadula shared that she received a rude reply from the account, when she raised a question earlier that night.

Here’s how it went down, as featured on her Insta-stories.

She began with a post stating that she received the “worst service” ever from the brand, earlier that day when she tried to “get food”. 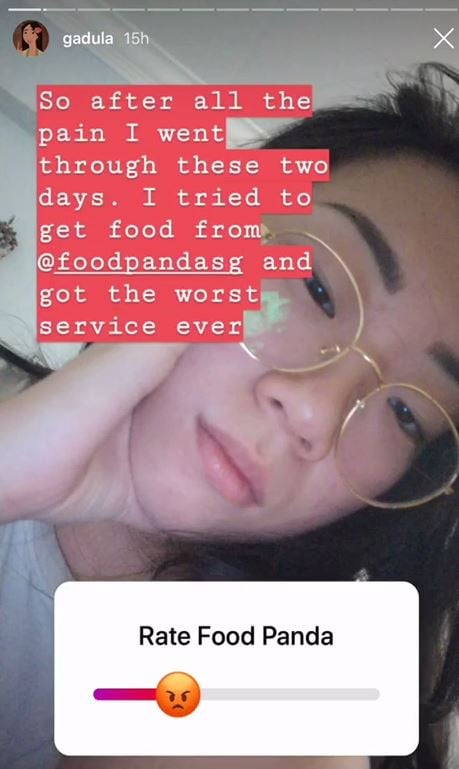 She alleges that after she posted the first story, the @foodpandasg account replied her with a “delete this you dumb whore” message — deleting it as soon as she read it.

But things only escalated from there. 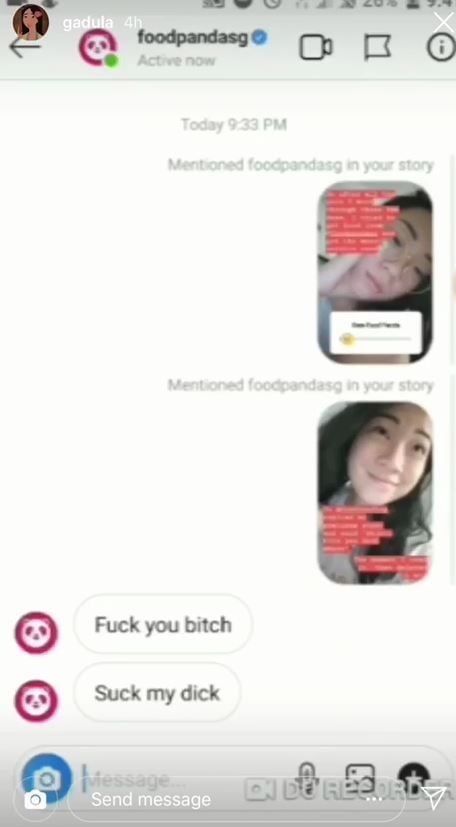 After a rude exchange with a similar modus operandi – texting and deleting quickly – she shares that she was taunted for being “too slow” by the person managing the account.

Hope the issue is resolved soon

As this is a developing story, do check back for updates. We’ve reached out to Foodpanda for their official comments on the matter.

We also hope that if this is truly a hack, some action to mitigate the situation will be taken soon.