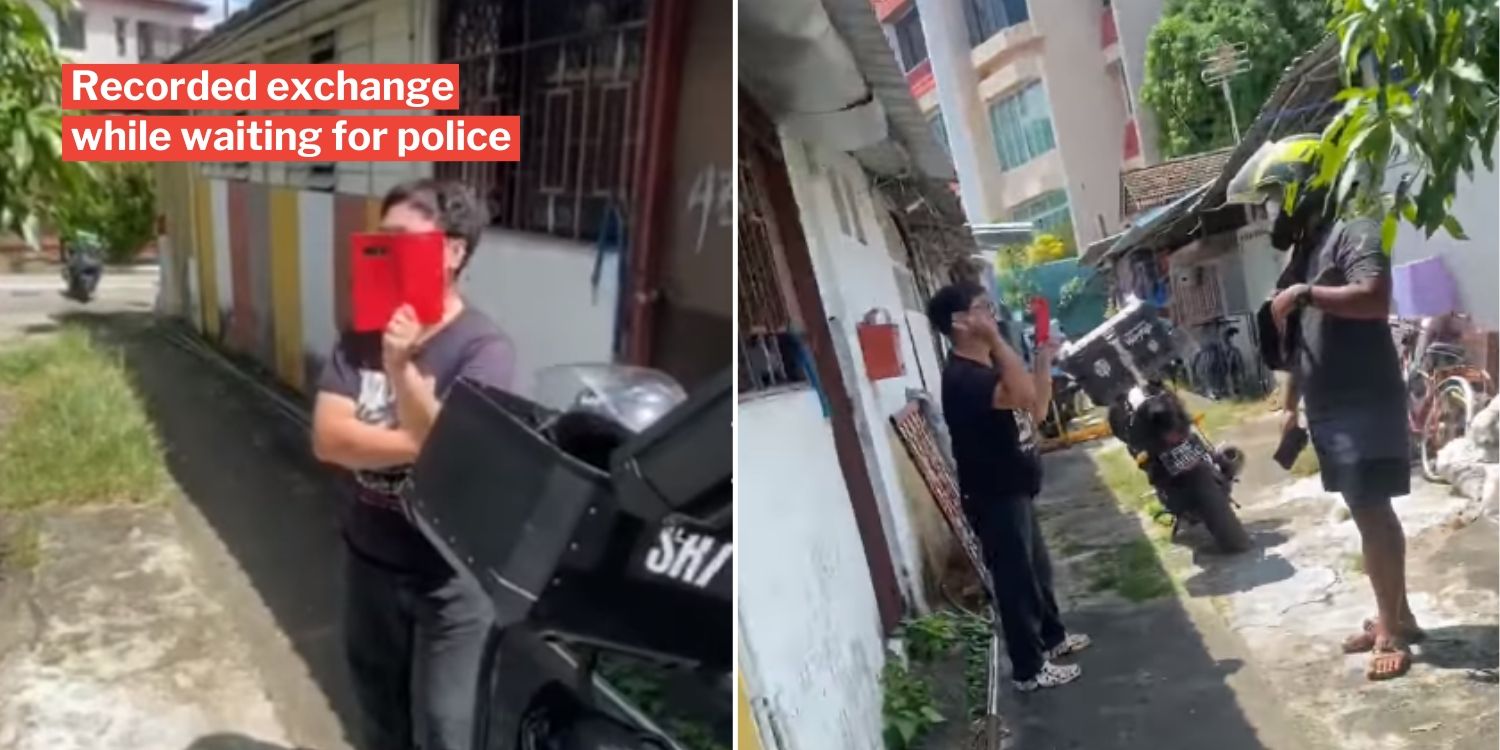 Foodpanda Rider Leaves Bike In Back Alley To Deliver Orders, Gets Scolded By Angry Auntie

The life of a dispatch rider isn’t easy, having to hurry from one place to another, while keeping within the rules.

A Foodpanda rider learnt this the hard way on Sunday (19 Jul) after a dramatic face-off with an angry resident. 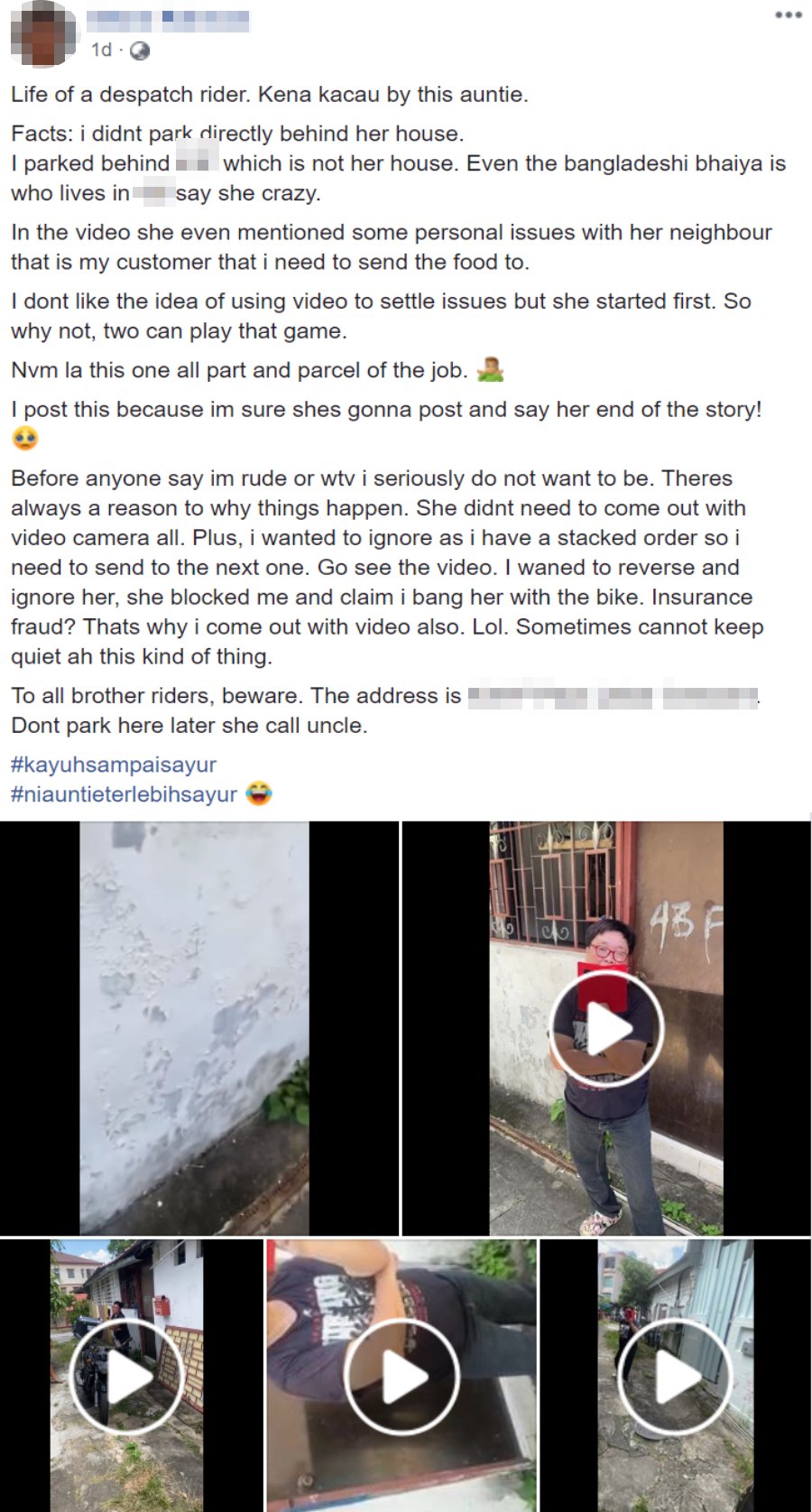 Recording the exchange which was heated in some moments and amusing in others, the rider shared his experience on Facebook.

The post, which went viral with over 3,200 shares at the time of writing, includes several clips of the pair’s exchange.

In the first and longest clip, the rider admitted that he was in the wrong for parking in the area. He, however, pointed out that the auntie could have simply told him so and he would promptly apologise and park somewhere else.

Instead, she had whipped out her phone to record him after calling the police. 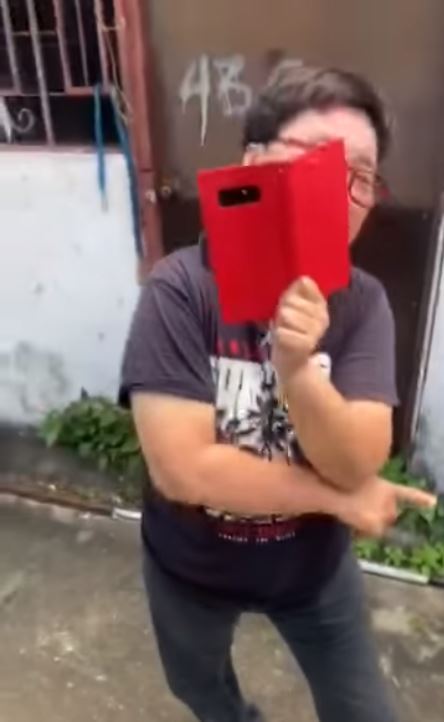 And so ensued a rather charged conversation, which saw the angry rider throwing some vulgarities the auntie’s way.

She remained unfazed by his words, though, and continues recording him, while responding to his quips in tandem.

Thankfully, another rider came along and tried to defuse the situation by talking to the auntie instead. 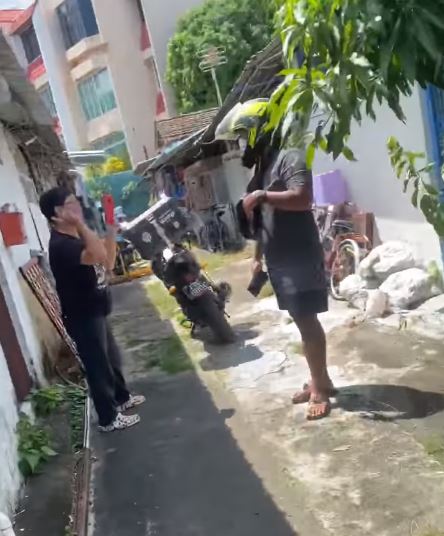 He tried to get her side of the story, and she willingly talked. However, not much seemed to come of it, as they continued waiting for the police to arrive.

Pretends to fall when rider tries to move bike

At one point in the video, the Foodpanda rider amusingly described what happened when he tried to move his bike out of the way, to get himself out of the stitch.

He regaled how the auntie stood behind it, and tried to make it seem like he had purposely run into her. As ridiculous as the story sounds, one of the clips show her doing just that, when the rider went up to his bike to move it somewhere else. 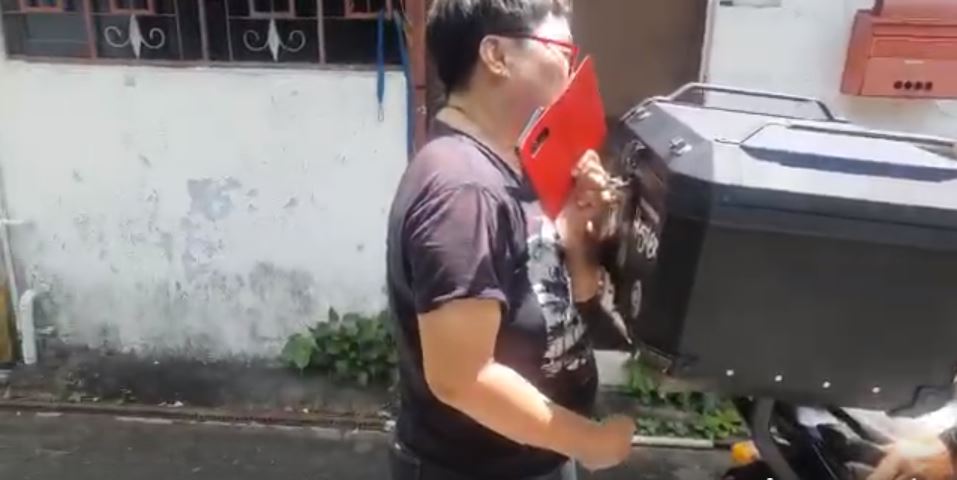 Noticing the second rider holding up his phone, she said to him,

I fall ah, I fall ah. Already camera there.

Of course, the rider abandoned his intention and left his bike there, complying with the auntie’s request.

Allegedly not the first altercation

Though the rider parked behind a particular unit in the Paya Lebar area, he later discovered that it didn’t belong to the auntie at all. Instead, hers was several units down the alley, where his bike was a significant distance from.

In the Facebook post, he even mentioned that the actual resident of the unit had informed him that the auntie was no stranger to such altercations. How true this claim is, we can’t be sure.

But the rider emphasises that he’s only sharing this incident to justify his innocence, in case the auntie posts her videos and gives only 1 side of the story.

He also wishes to warn other riders to be careful in case they’re in the area, to avoid a similar conflict.

Now we don’t know what the conclusion to this exchange was, but we hope that the duo arrived at an amicable resolution. 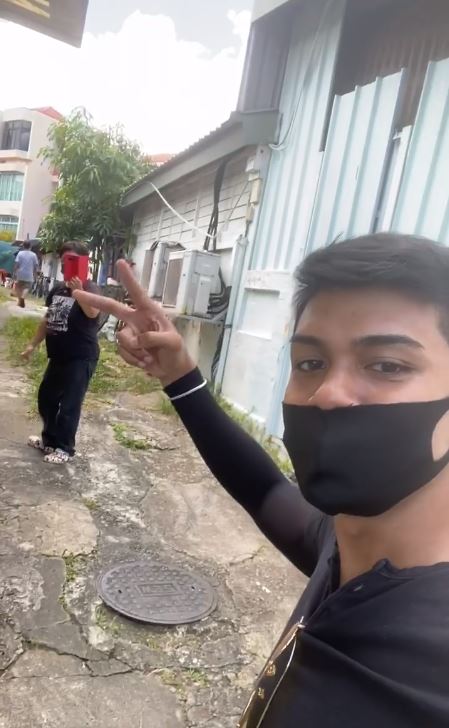 More than anything, let this serve as a reminder of the importance of a peaceful discussion. If there’s no considerable harm and both parties are willing to talk in a constructive manner, then let that be so, and avoid involving the authorities.

And to the customers whose orders were affected, we hope you received some sort of compensation.

Driverless Buses In Johor Look Like LRTs Without Rails, You Might See Them On Your Post-Covid Trip