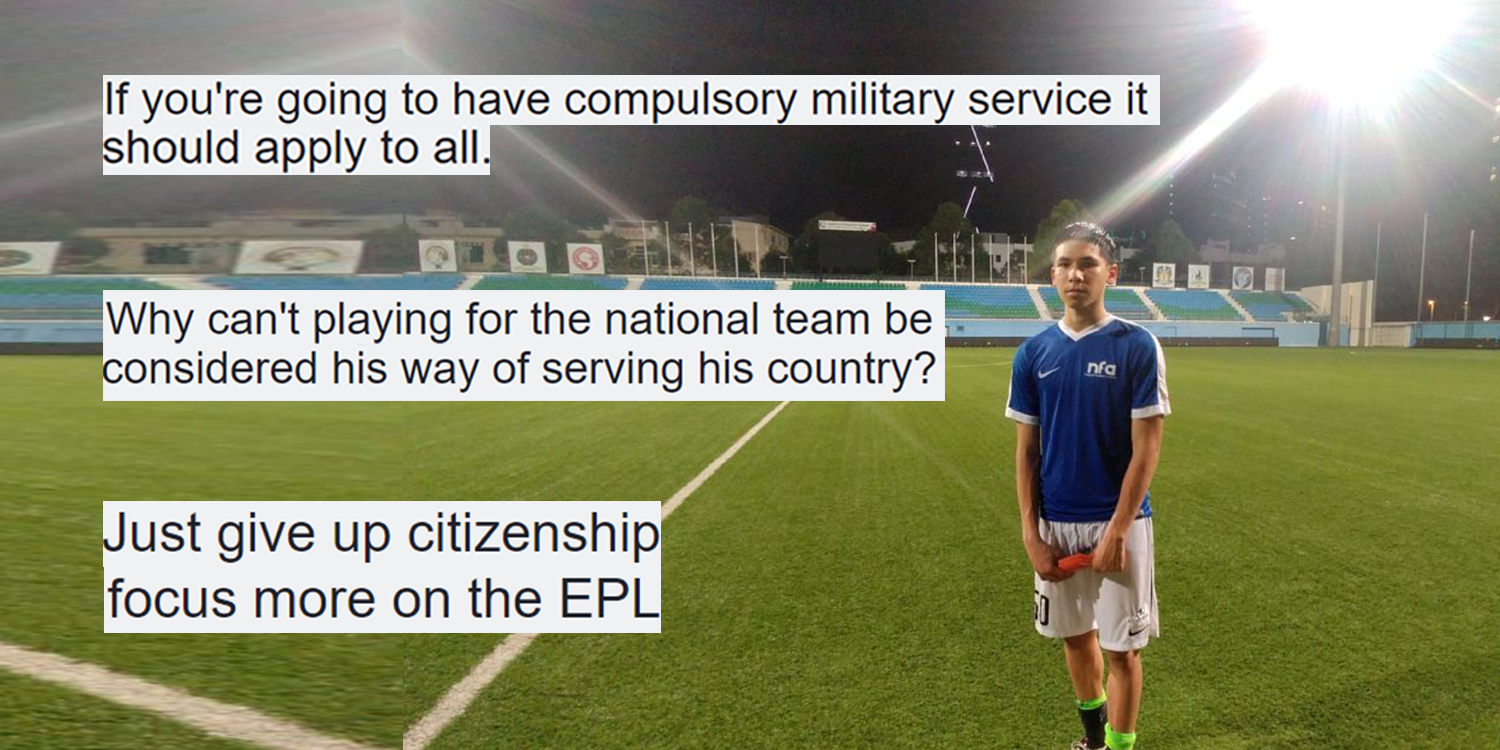 What a week it has been for local football.

A 17-year-old football prodigy got his NS deferment request rejected by the Ministry of Defence (MINDEF), sparking a massive debate online on the effect of deferments on Singapore’s sporting scene.

The prodigy in question, Ben Davis, was signed to Fulham Football Club (this article should get you up to speed).

A long back and forth ensued between father and ministry, with everyone weighing in on who was right and wrong. Even Olympic golden boy Joseph Schooling had something to say, telling Davis to “follow his dreams”.

So much drama that even foreign news outlets like the BBC have started to cover this entire saga. Foreigners responded in droves to the British news site’s article — we summarise their points after the jump.

Most agreed with MINDEF

An overwhelming majority of commentors supported MINDEF’s decision, citing equality and fairness. But they might not also understand how big a deal having a Singaporean in the EPL is.

Many in the United Kingdom are used to sporting excellence. After all, it’s the English Premier League that Ben is joining.

With so much sporting talent in the UK, many British commentors might not have understood the importance of this one young man, and why his sporting achievement is causing such a huge fuss in Singapore.

But a handful supported Ben Davis.

One commentor pointed out that Davis would still be serving his mandatory service after his football career, while another stated that Ben has an opportunity to serve Singapore in another way: through football and sports.

Others just hated on Singapore

As with almost every other comment thread on the Internet, there were haters.

The hate was directed at our “archaic”, “obsolete” and “uncivilised” National Service policies.

On a completely unrelated note, the United Kingdom conscripted twice in its history, in the years between 1916-1920 and 1939-1960. Currently, its close allies, Israel and South Korea carry out military conscription too. #justsaying

But whether they agree with MINDEF or side with Davis makes little difference since MINDEF appears to be doubling down on its decision.