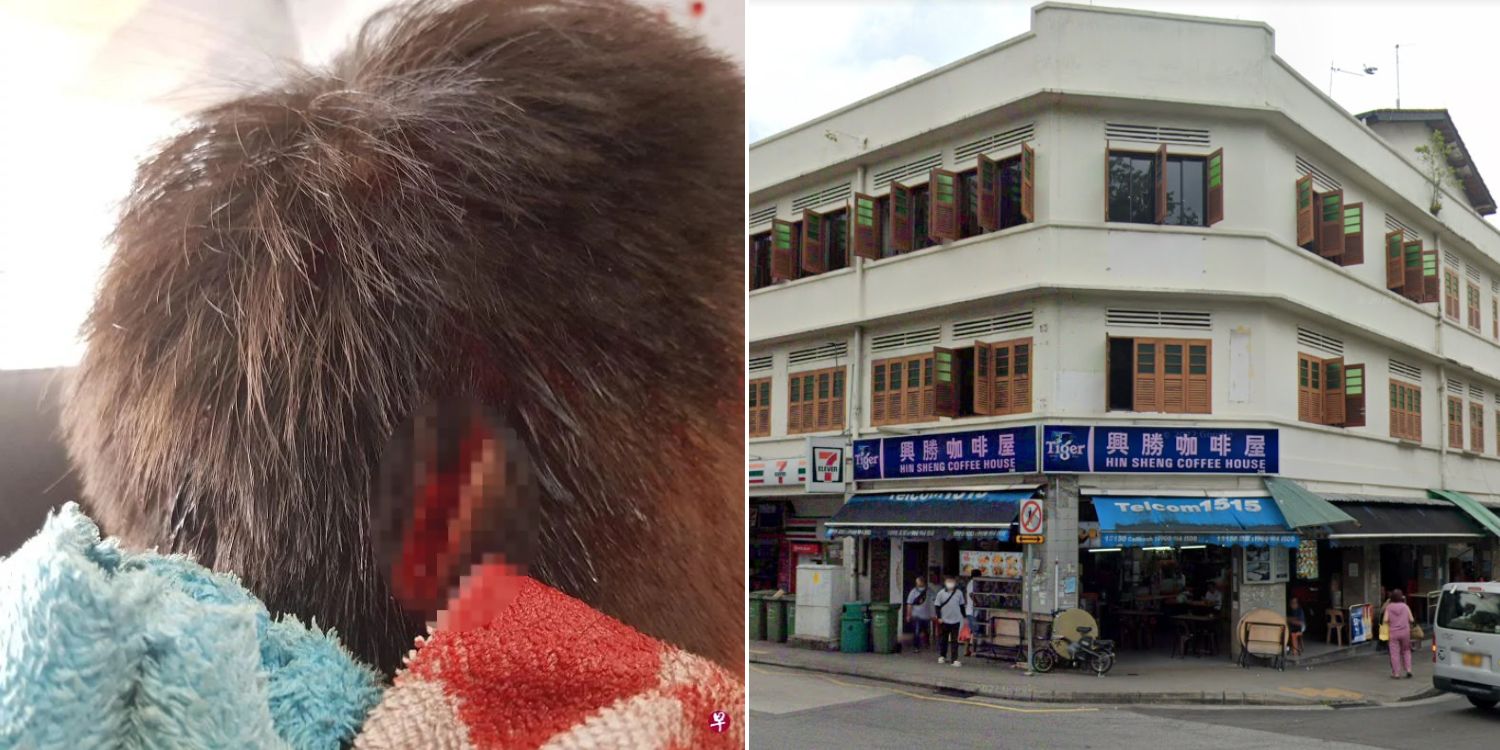 The victim reportedly suffered injuries to his head, neck & thumb.

While Singapore is known to be a safe country, we still hear of horrific incidents happening in our heartlands every once in a while.

On Wednesday (1 Jun), a 21-year-old man was reportedly slashed multiple times while drinking with his friends at a coffee shop in Geylang. 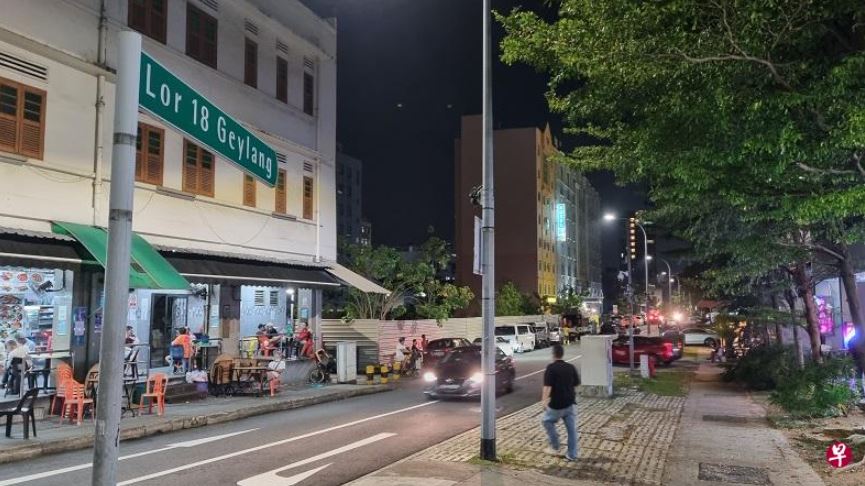 The 45-year-old attacker has since been charged for voluntarily causing hurt by dangerous weapons or means. He faces up to seven years’ jail if found guilty of the offence.

According to Channel NewsAsia (CNA), the attack took place at about 4.40pm on Wednesday (1 Jun) at Hin Sheng Coffee House at 346 Geylang Road.

The victim, a 21-year-old student, was reportedly having a drink with his friends at the coffee shop when the attack occurred.

As he was seated facing his friends, the youth was caught off guard when the 45-year-old came charging from the back, and had no chance to dodge the slashes.

The student reportedly suffered multiple lacerations, including to his head, neck, and thumb. 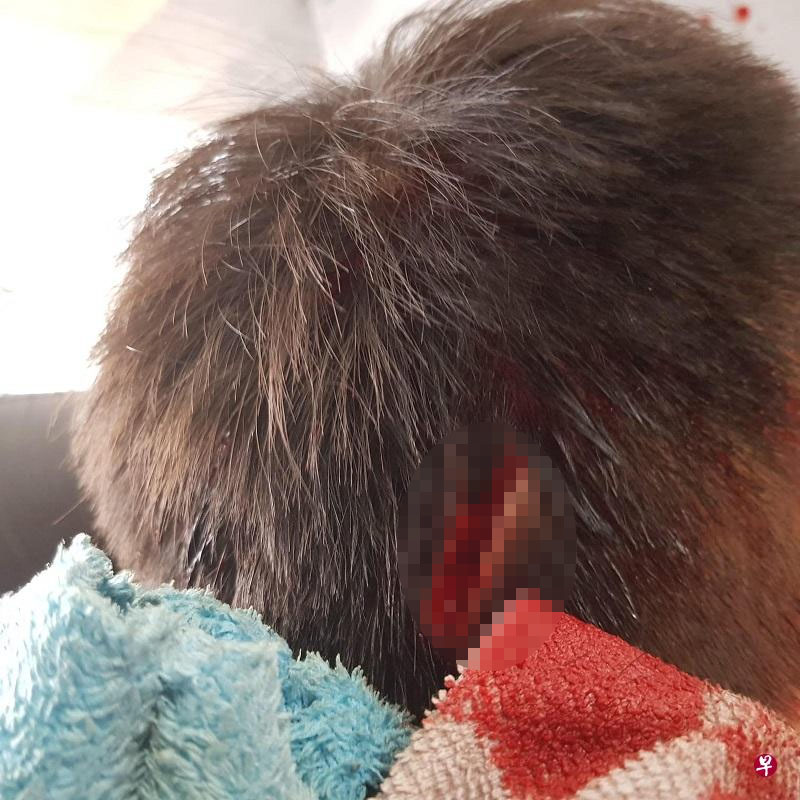 He was conveyed to the hospital where he received 18 stitches for his injuries before being discharged later at night.

Speaking to Shin Min Daily News, the 21-year-old said he did not know the attacker personally. However, he claimed that they had been involved in a conflict before, which he alleged was started by the 45-year-old.

Attacker faces up to 7 years’ jail

The 45-year-old man fled the scene immediately after the attack. Despite giving chase, the victim’s friends were unable to catch up, reported 8world News.

The police later managed to identify the man through surveillance footage and arrested him along Hougang Avenue 5 in the evening. 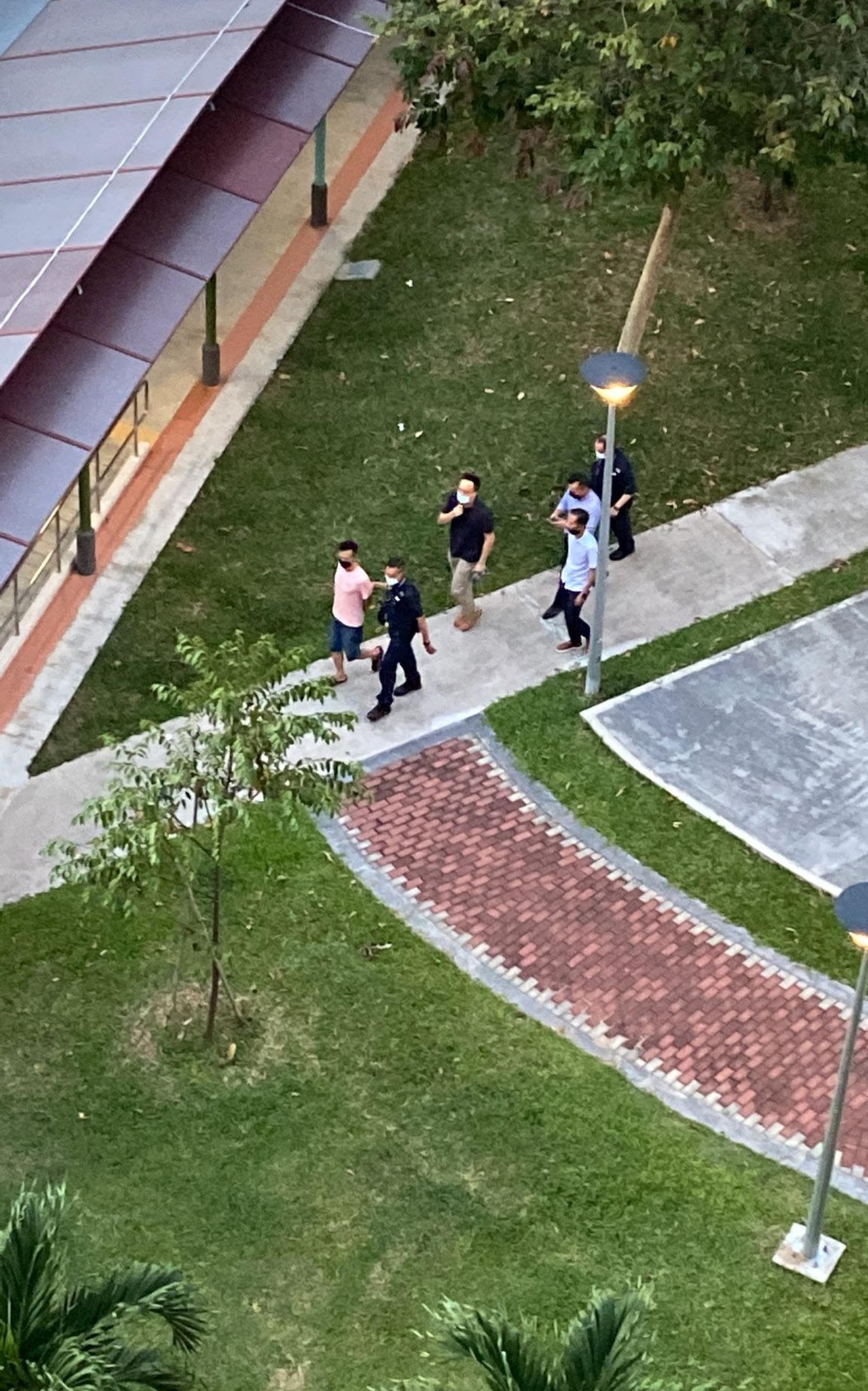 On Friday (3 Jun), the 45-year-old was charged with voluntarily causing hurt by dangerous weapons or means.

The man will be remanded at the Institute of Mental Health (IMH) where he will undergo psychiatric observations. He is expected to return to court next month.

If found guilty of the offence, the man faces up to seven years’ jail, a fine, caning, or a combination of all three punishments.

Hope the victim recovers swiftly from his injuries

Regardless of the circumstances, there’s no need to resort to violence to settle issues.

Horrific incidents like these also serve as reminders for us not to take Singapore’s safety for granted.

We hope the victim will recover swiftly from his injuries and that the attacker will face the consequences for his actions.