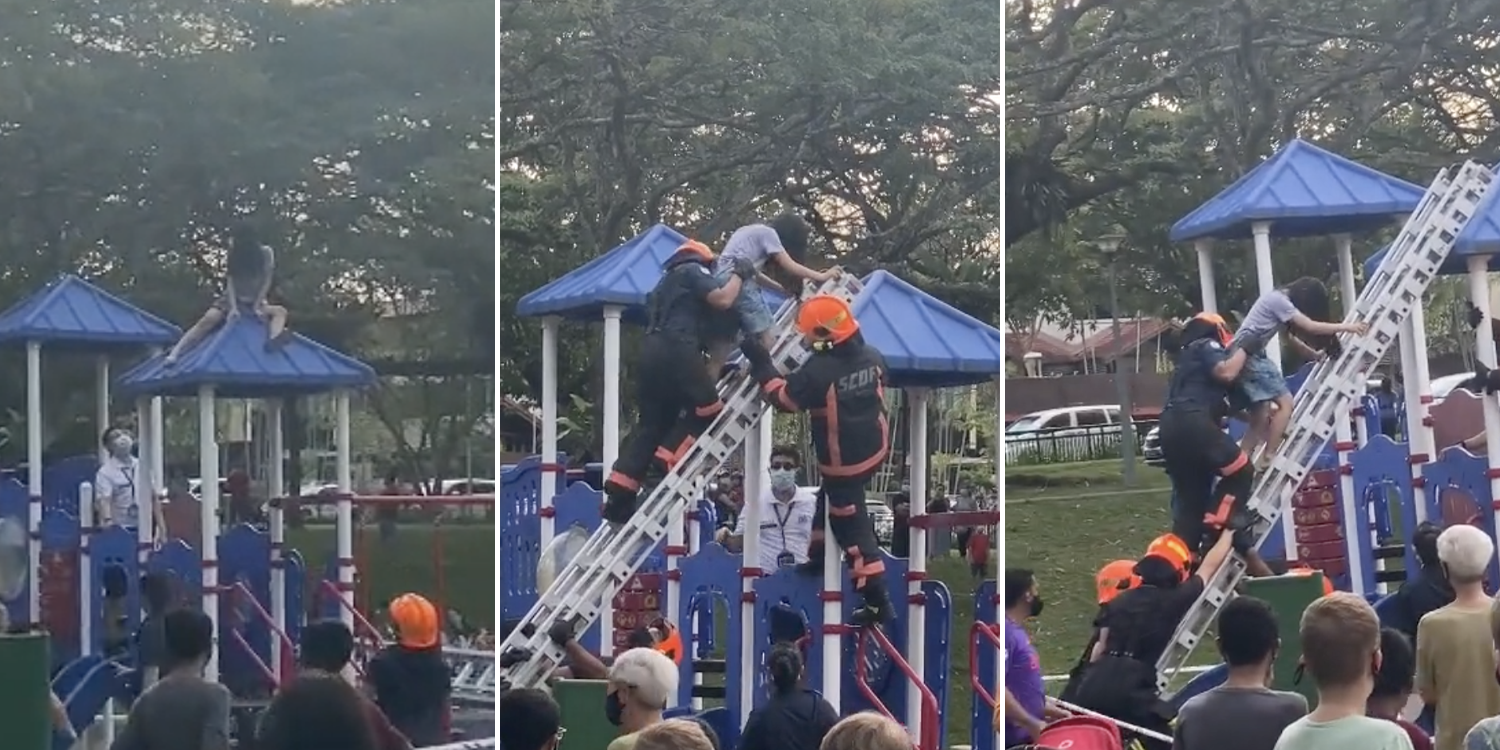 UPDATE (22 Mar): SCDF confirmed that they received a call for assistance at the playground near 110 Pasir Ris Rd at 5.55pm on 20 Mar .

After the team had rescued her using a ladder, an SCDF paramedic assessed her, though she declined conveyance to the hospital.

Playgrounds are often the place for children to let loose and climb about.

Unfortunately, a young girl appeared to have gotten herself trapped atop a playground structure at Pasir Ris Park on Saturday (20 Mar). 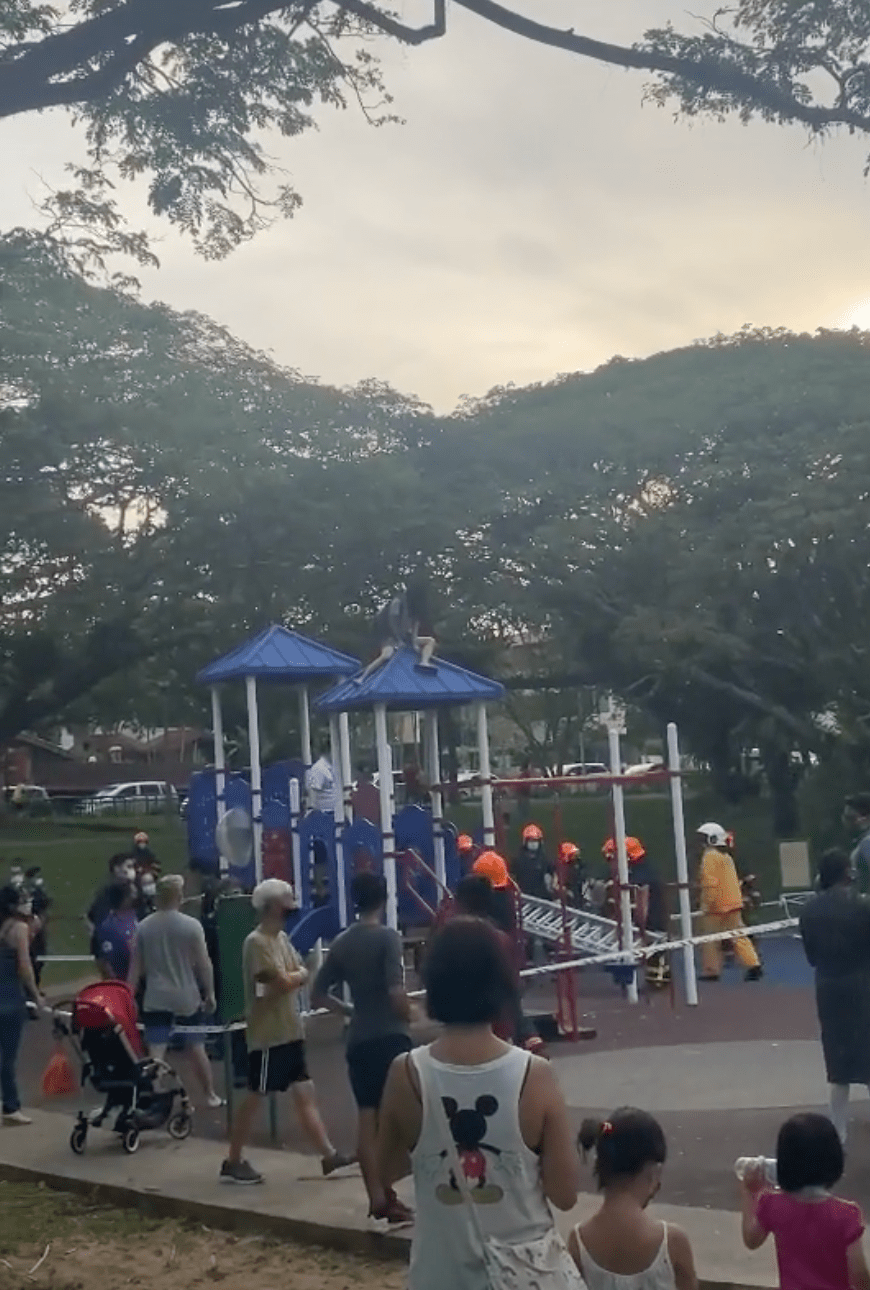 Later, police and Singapore Civil Defence Force (SCDF) personnel came to her rescue, bringing the girl back down to safety with the help of a ladder.

A video of a young girl stuck on the roof of a playground structure at Pasir Ris Park was shared on TikTok on Saturday (20 Mar). In the video, at least 6 police officers are on site and the area is soon cordoned off with police tape.

Soon, a crowd forms around the playground, watching on as around 8 SCDF personnel arrive at the scene. SCDF personnel quickly get to work, propping up a ladder on the playground structure.

One SCDF officer climbs onto the playground railing, supporting the ladder as well as ensuring the safety of the girl. 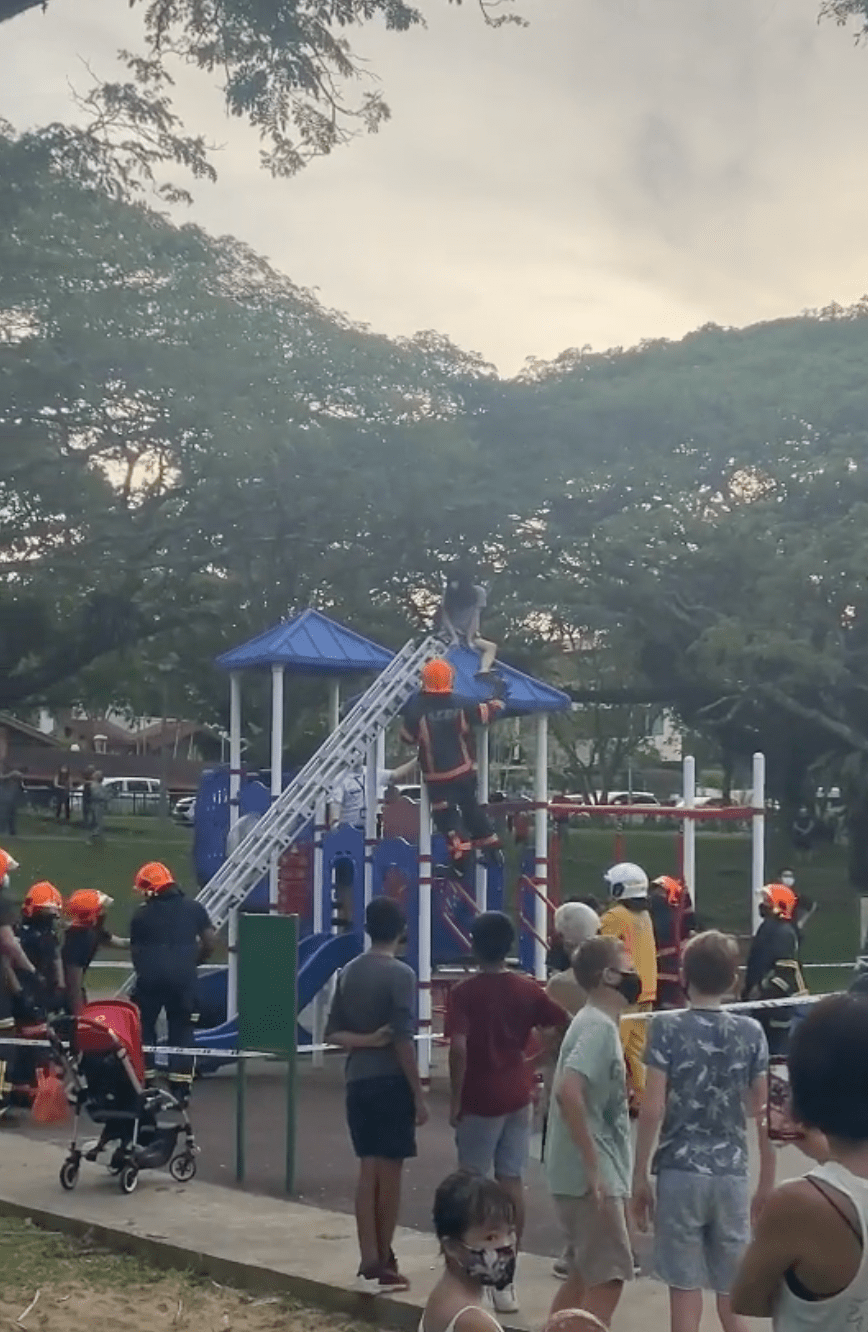 The young girl gets into a squat position as she readies herself to climb down the ladder with the help of 2 SCDF officers. As she descends, an SCDF officer continues to support her from behind, making sure she does not fall. 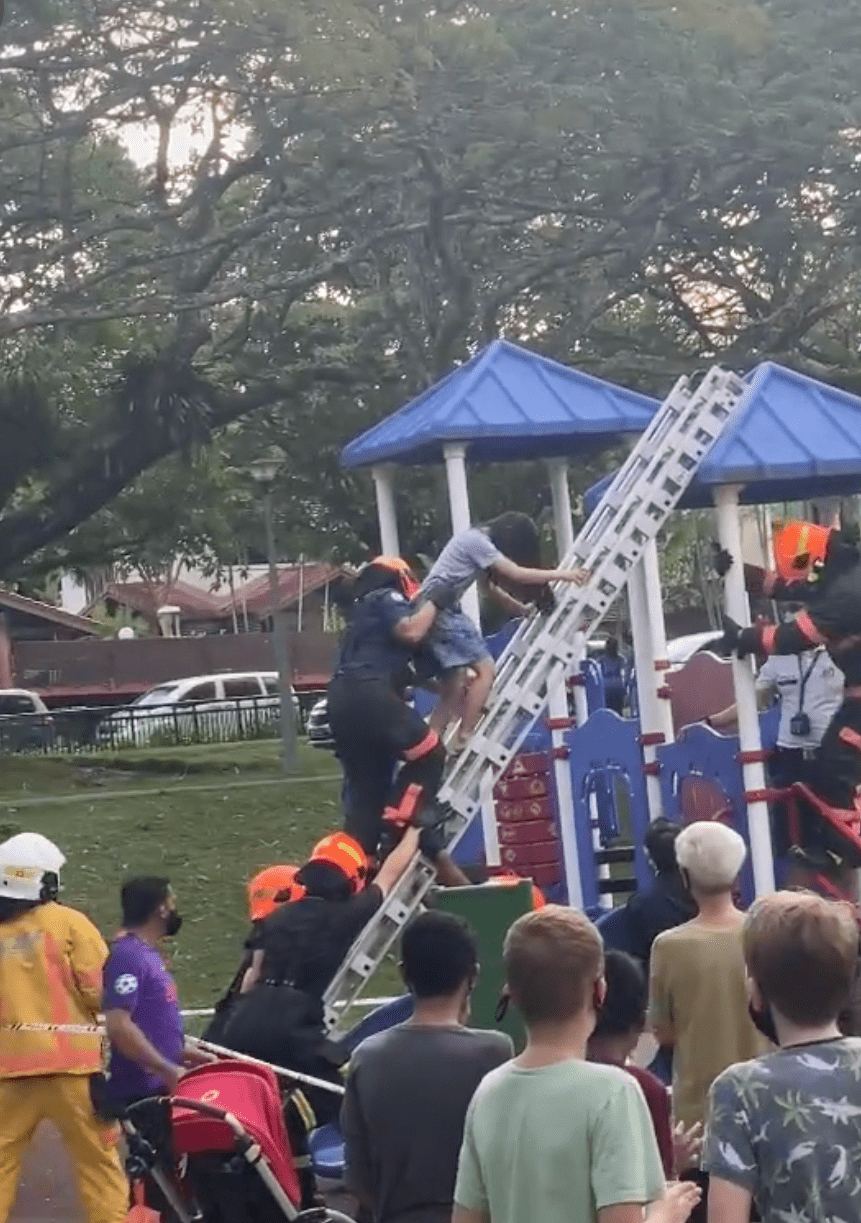 Soon enough, the girl, who appears shaken, reaches the safety of the ground before being led to a stretcher. MS News has reached out to SCDF for more information on the incident.

Kudos to SCDF and the police

At the end of the day, we’re glad the girl is safe.

Kudos to the police and SCDF for coming to the rescue, successfully bringing the girl down safely.

While little is known of the incident right now, we hope the girl is all right and is receiving the care she needs.