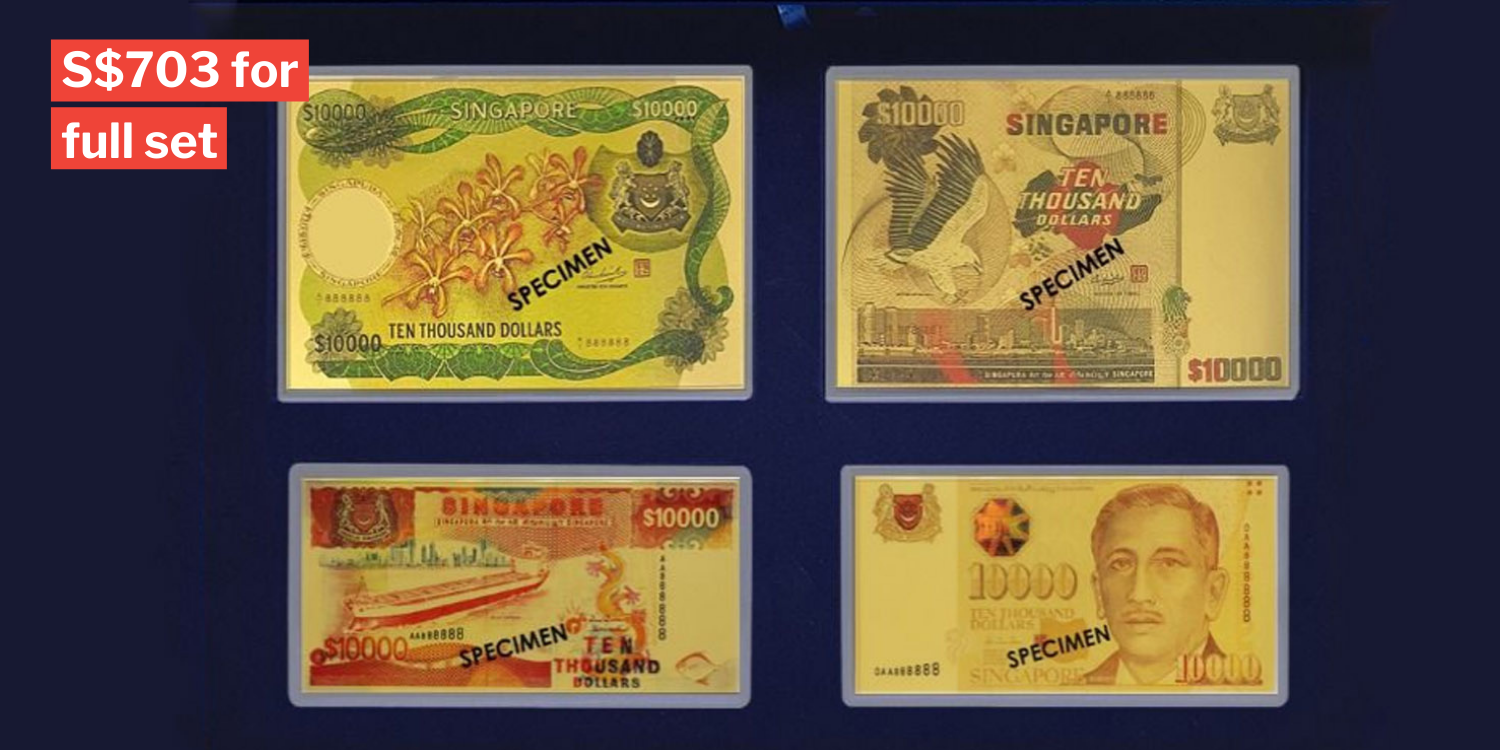 Imagine owning S$10,000 in a single banknote. While this might seem like a far-fetched dream, Singapore used to issue these banknotes before stopping in 2014 over money-laundering concerns.

Now, Singaporeans can once again own these rare items — albeit with less value than the actual notes. The Singapore Mint has launched new limited edition replicas of the elusive banknote. 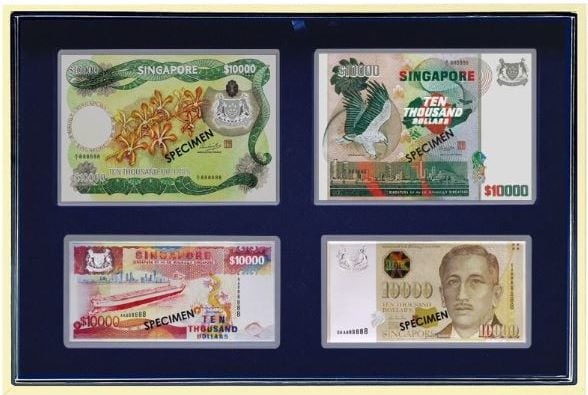 The replicas will come in gold and silver and are priced at S$178 and S$58 respectively.

Other collectable items, such as the S$10,000 Orchid and Bird Series replicas, are also available.

Gold banknote replicas will be available

The replicas are available in both the Ship and Portrait Series and are gold plated in 1g 999 fine gold foil — they will cost S$178 per piece. 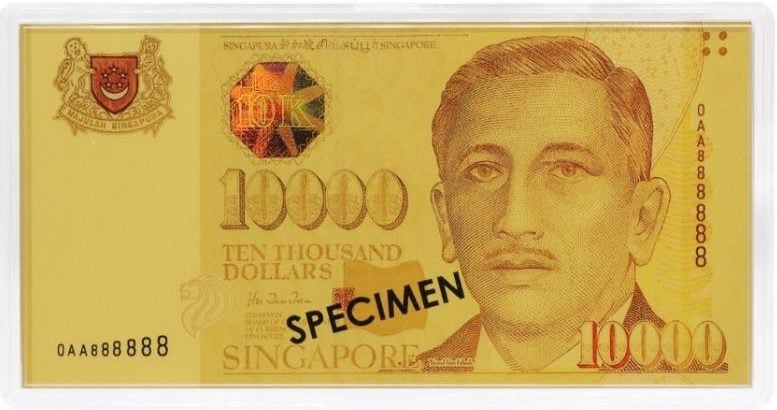 The silver replicas will come in an 8g 999 fine silver sheet and will cost S$58. 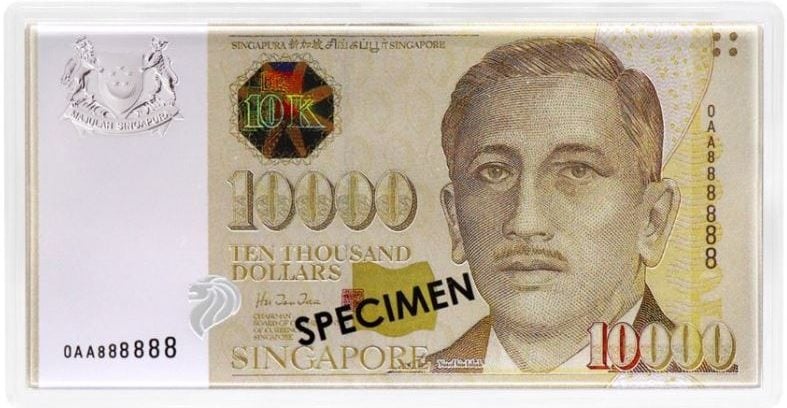 The replicas are only available in limited quantities — 2,000 and 5,000 pieces for the gold and silver replicas respectively.

Interested collectors can also purchase a full set comprising all four designs of the S$10,000 banknotes from the Orchid, Bird, Ship and Portrait Series. The set is available in both gold and silver. 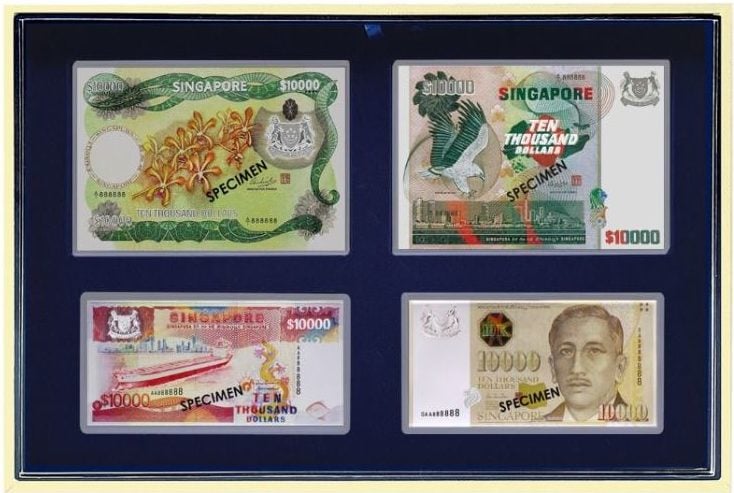 According to CNA, Singapore first issued the S$10,000 banknote from the Ship Series in Aug 1989. Back then, the banknote had the image of the general bulk carrier Neptune Canopus.

The note was later issued in Sep 1999 as part of the Portrait Series.

In 2014, Singapore halted the issue of the S$10,000 banknote to prevent money laundering. However, the rare items are still in circulation and remain legal tender.

According to Singapore Mint, this makes it one of the world’s largest denomination value banknotes in circulation.

Singapore Mint also offers other collectables for coin aficionados, such as the Prosperity Koi coins. These are gold plated on both sides and depict a pair of koi leaping out of the war on one side and their tails on the other. 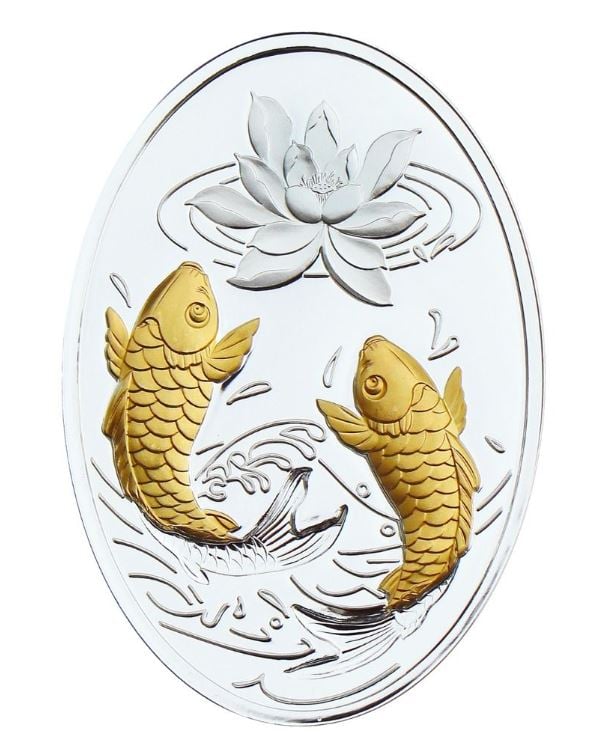 Other coins are also commercially available, such as the Harry Potter-themed coins minted in pure silver and coins designed with the emblems of various Justice League heroes.

The famed S$10,000 banknotes are notoriously hard to get your hands on during this present day and age. The Singapore Mint offering us these replicas in plated gold and silver is therefore fortunate for the note collectors.

The banknotes, alongside other collectables, are currently available for purchase at Singapore Mint’s online store. Get yours today while stocks last — holding them will surely make you feel like King Midas.