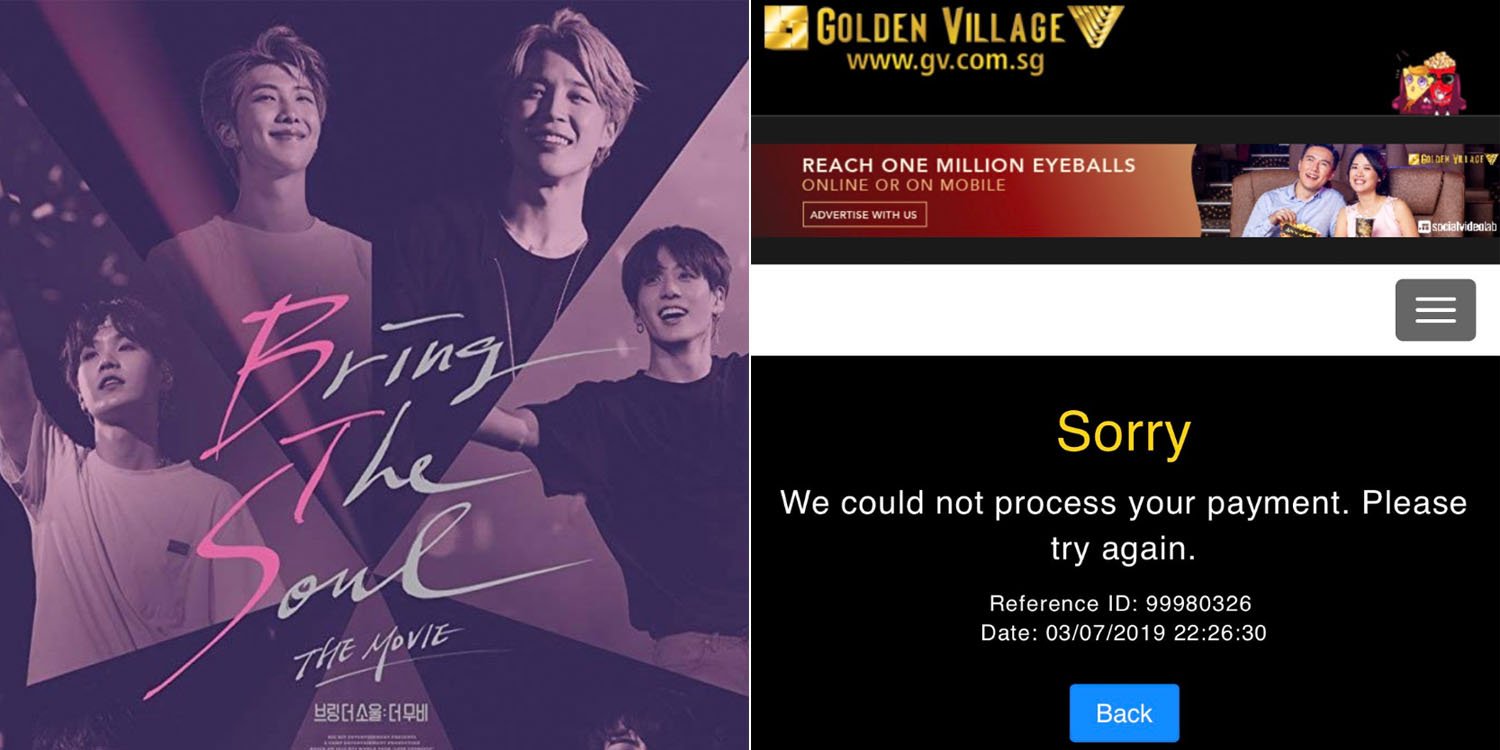 Maybe you tried to get late night tickets to see Spider-Man: Far From Home last night. If you attempted to access Golden Village’s website, your purchase might’ve ended in failure.

On Wednesday (4 Jul) at around 10.00pm, BTS fans turned up in droves to purchase the boy band’s Bring the Soul: the Movie tickets. 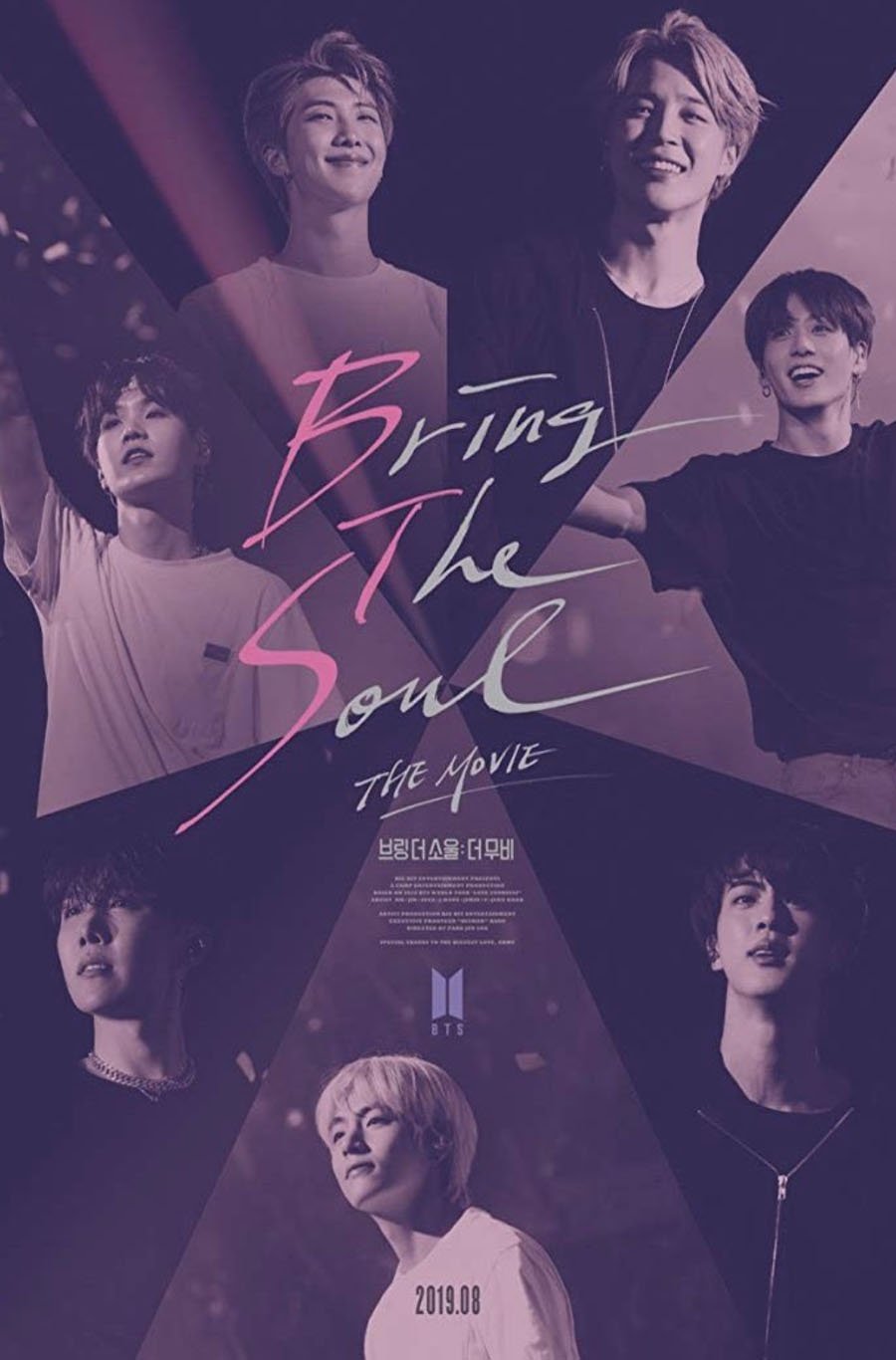 The concert film depicts the group’s Love Yourself World Tour in Europe. It will feature performance clips, Behind-The-Scenes (BTS, no pun intended) footage and interviews.

While selling a load of tickets is good for business, the Golden Village site unfortunately couldn’t handle the extremely high traffic. Here’s a recap of the online ticket insanity.

As BTS fans booked their tickets, some struggled to make a purchase and posted their experience on Twitter. Golden Village quickly apologised because they couldn’t handle the swarms of netizens trying to secure tickets. 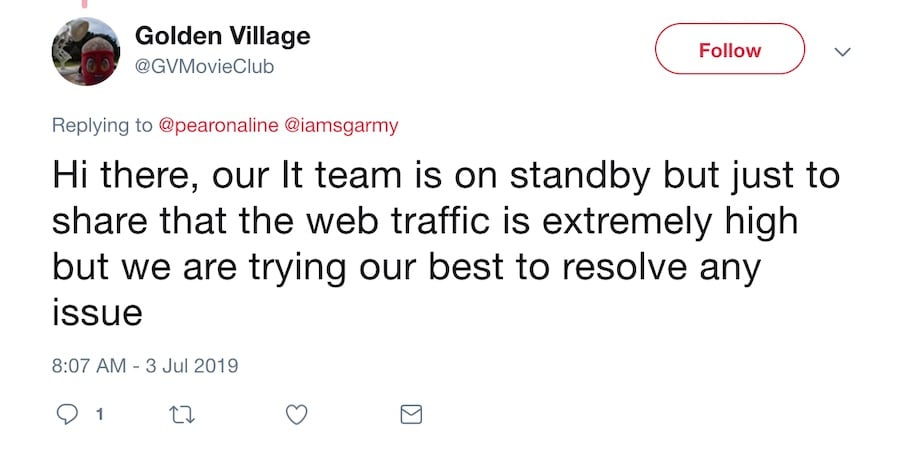 Some netizens complained that they couldn’t load the movie sessions and book their ticket. 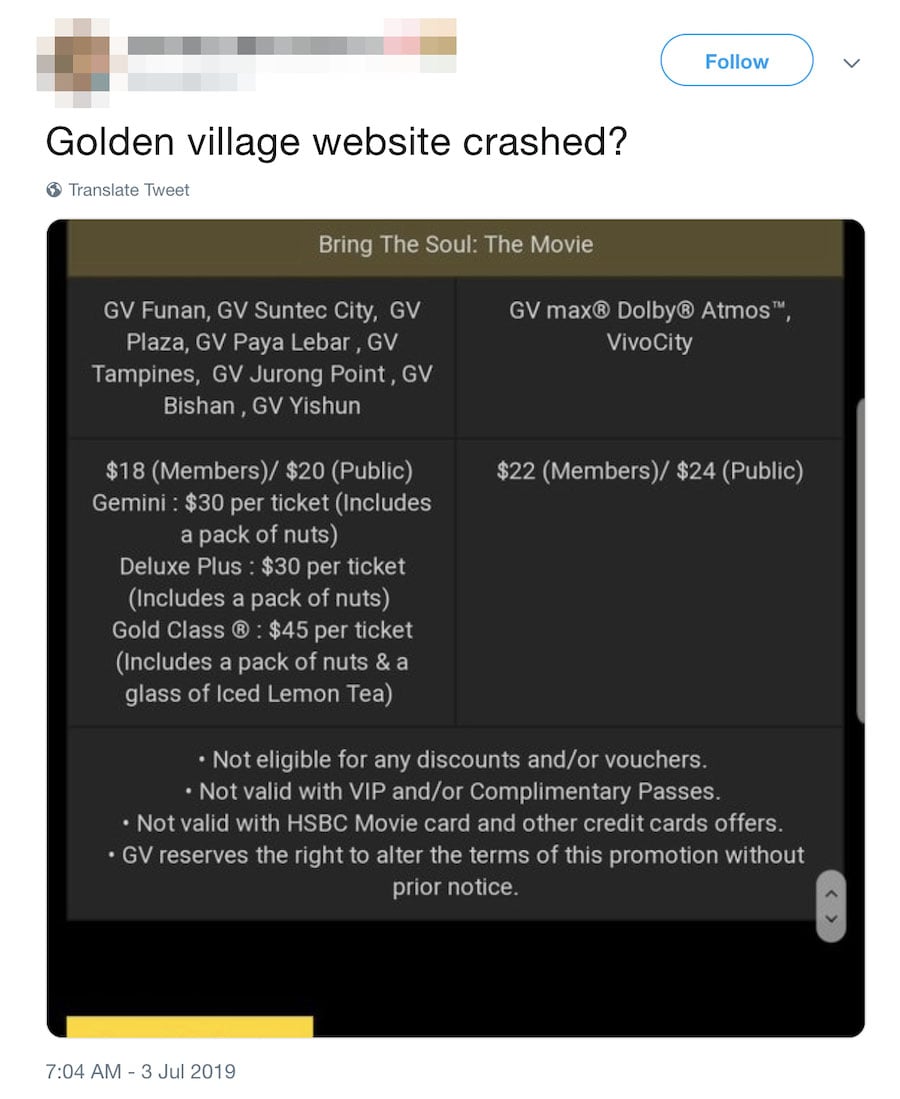 Others were able to choose seats but suffered from never-ending loading screens. 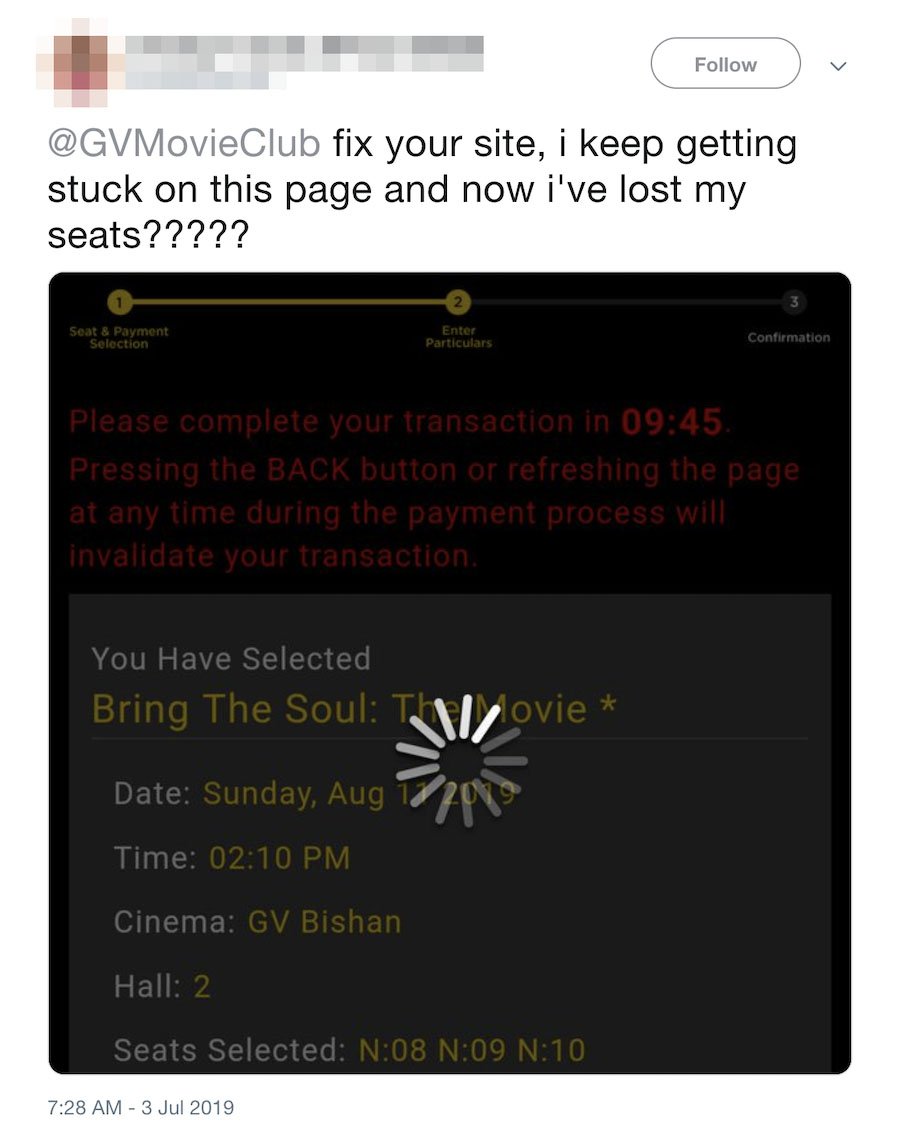 Those who got as far as the payment page experienced payment errors. Golden Village wasn’t the only site that crashed due to a massive influx of fans.

In the Philippines, SM Cinemas’ app and website were down as fans tried to make a purchase. 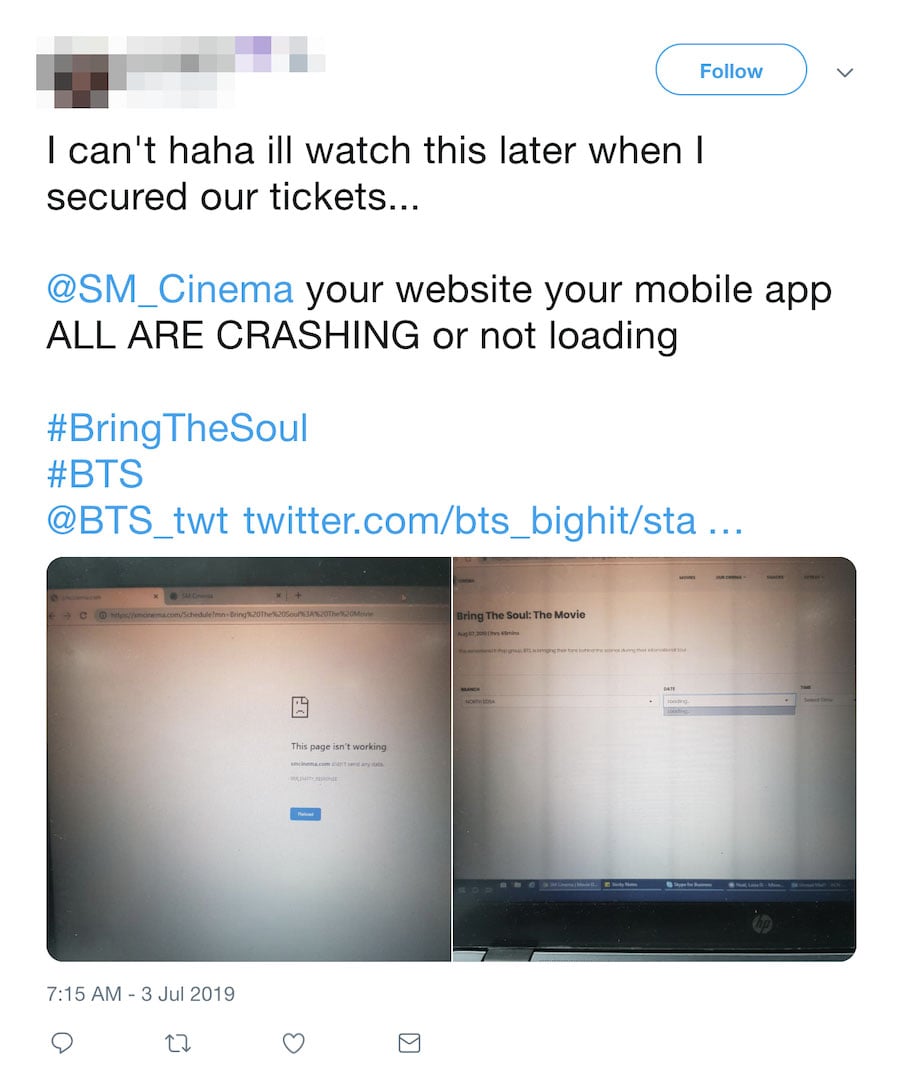 Another fan from Thailand got stuck in SF Cinemas’ loading screen. 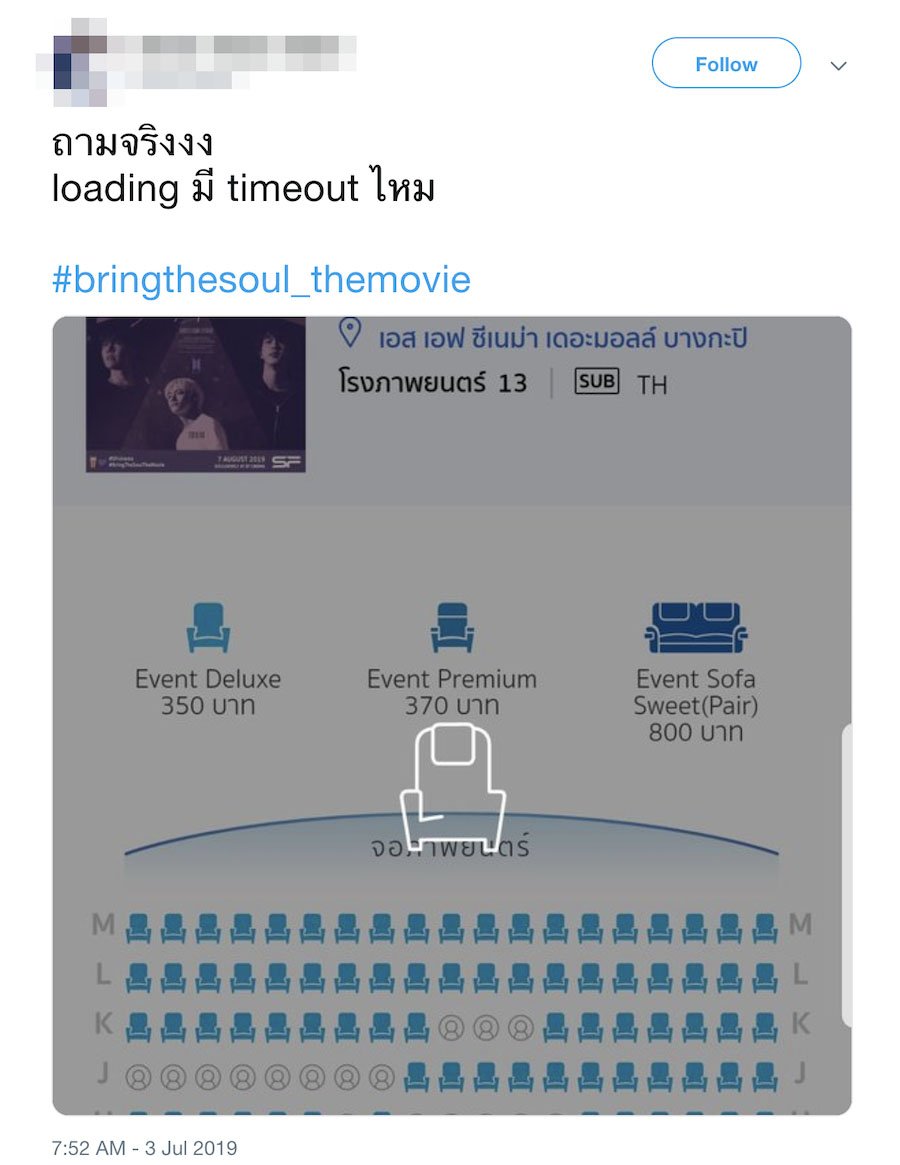 Indian fans shared the same fate as sites struggled to load and fans looked to alternative ways to book their tickets.

Tickets are still available for BTS’ Bring The Soul: The Movie at Cathay Cineplexes and Golden Village.

Fans should buy tickets as soon as possible. We bet that they’ll be out in a flash as more people visit the website to make a purchase.

On Thursday (5 July), Golden Village is up and running smoothly. Hopefully, locals interested in buying tickets for movies like Toy Story 4 or Spider-Man: Far From Home can make a purchase without a hassle.