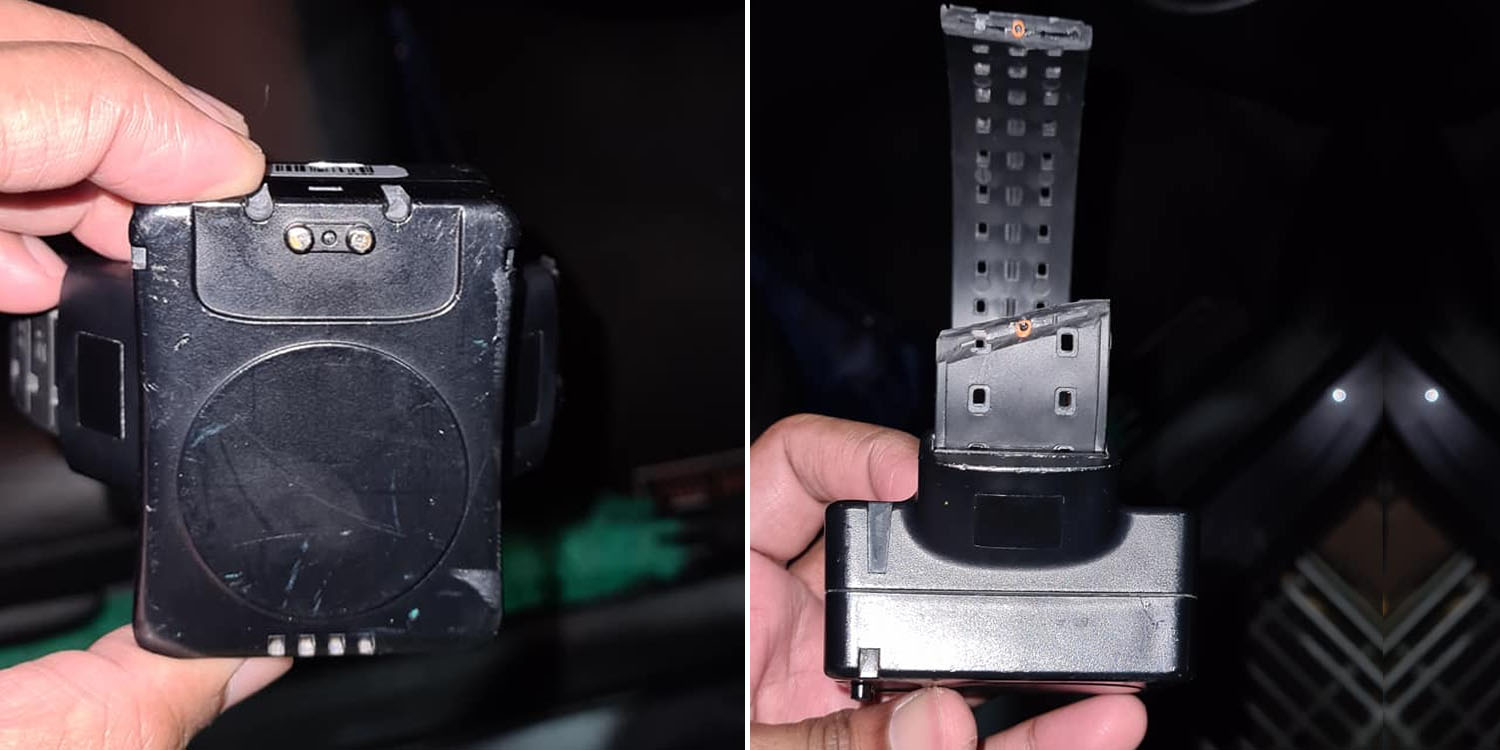 As passengers, we’re always told to make sure we don’t leave anything behind after taking a taxi or private-hire vehicle.

The same goes for drivers of taxis and private-hire vehicles as well, since they ferry multiple passengers around in a day. One might not know whether any suspicious items are left behind.

For a Grab driver, however, he was shocked to discover a prison tag lying underneath his seat. He shared the incident in PHV Gojek/Grab (Drivers & Riders in SG) Facebook group on Tuesday (20 Oct). 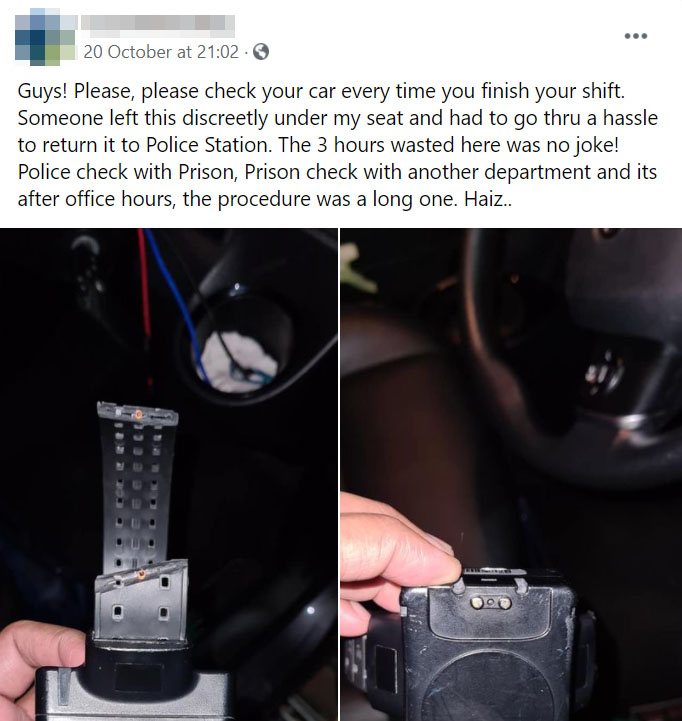 The entire return process took him 3 hours. Hence, he advised other drivers to carefully inspect their vehicles at the end of the shift.

According to the OP, he said someone – presumably a passenger – left a strange looking device “discreetly” under his seat.

Turns out, it’s a broken electronic tag for offenders.

He related that it took him a lot of trouble to return it to the police. The bureaucratic procedure, required police to check with Prisons Department and other departments as well.

It certain didn’t help that it was after office hours too, hence, the lengthy wait time for the driver.

Allegedly belongs to someone on the run

Replying in the comments, the OP told someone in Malay that he didn’t know how long has the prison tag been lying in his car.

It just so happened that he had lost his petrol station card, and searched frantically for it in his car. That was how he found the tag.

He added that a police officer secretly told him that the tag’s previous owner is currently “on the run”.

Perhaps the scariest part of the incident was that the OP didn’t know exactly when the prison tag was left in his car.

Hence, he advised other drivers to always inspect their vehicles at the end of a shift. When so many strangers enter and get off their cars, there’s bound to be 1 or 2 items left behind.

Let’s hope they’ll only find empty water bottles or coins at hidden corners of their vehicles, instead of a prison tag.

This Grab driver found a lost wallet once: