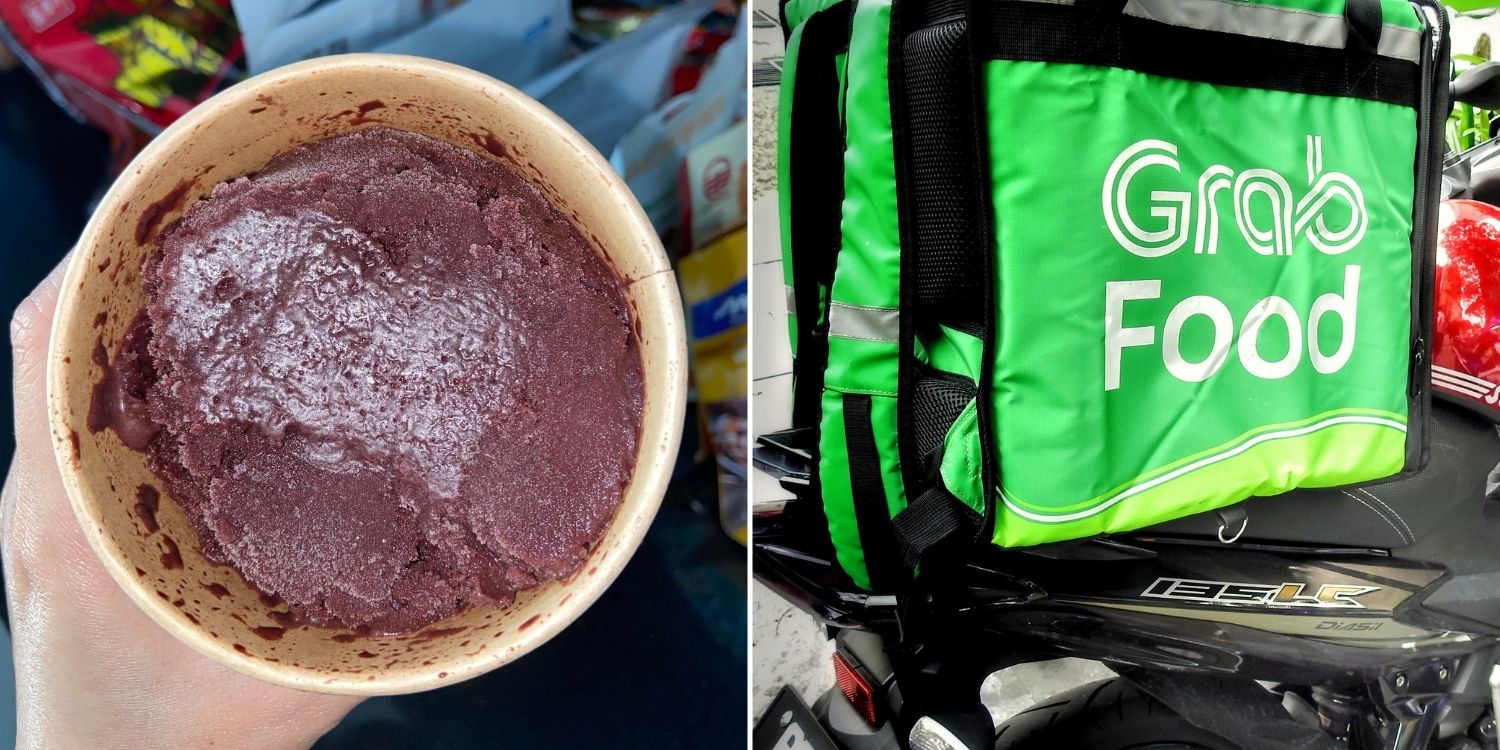 UPDATE (25 Sep, 11.45am): The customer informed MS News that Grab has offered her a full refund for her order.

GrabFood has made satisfying our food cravings so much more convenient. As much as we want the riders to deliver our orders promptly, we also hope they arrive in one piece.

However, this woman in Singapore suspected something was amiss when her order of acai arrived looking a little depleted. 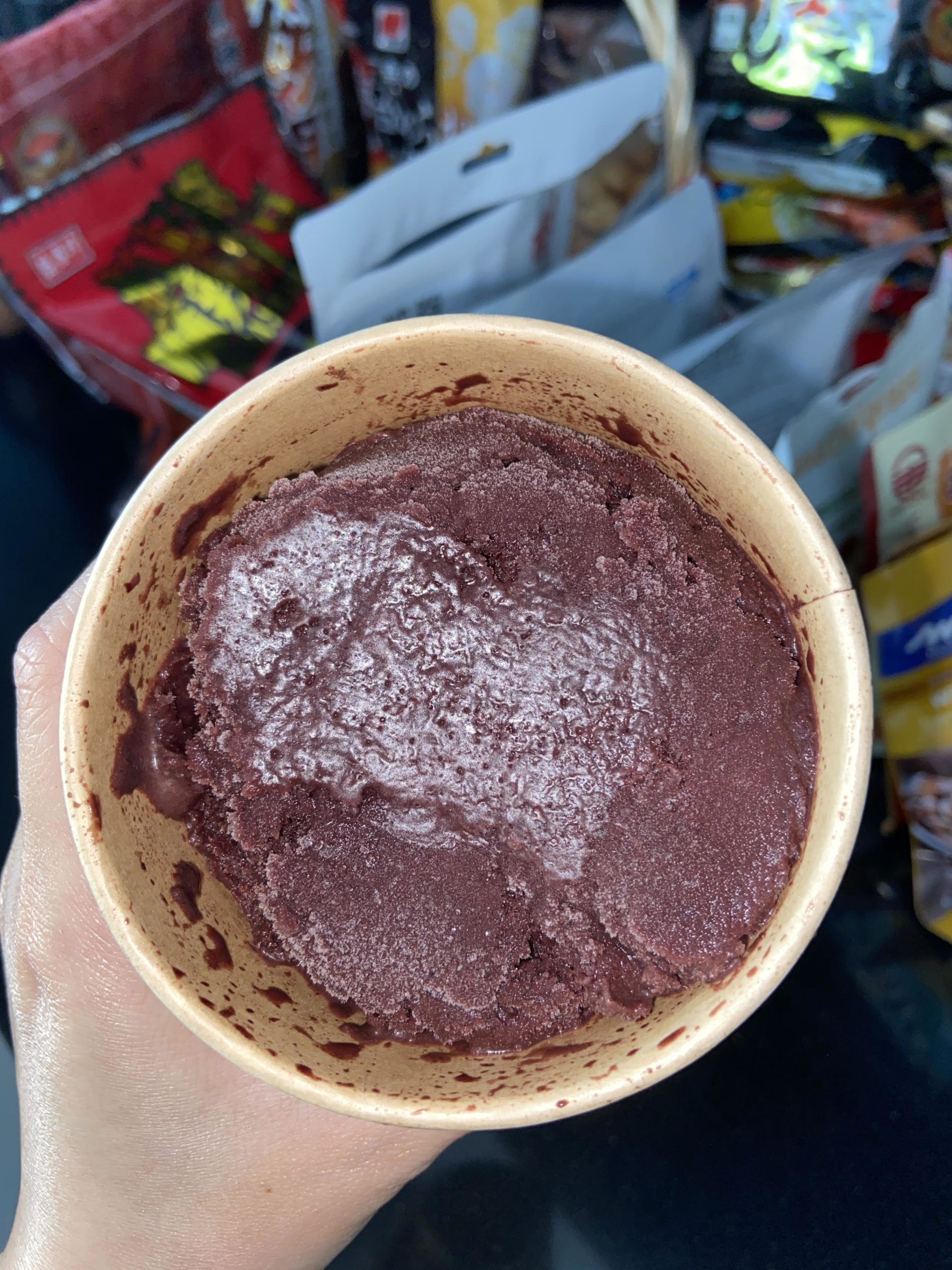 As she had ordered from the stall before, she could recognise that her latest order had been opened and likely consumed by someone.

After some back and forth with the stall on Instagram, she was told to request a refund. In her latest update, the issue is yet to be resolved by any party.

Speaking with MS News, the woman shared her unpleasant experience while ordering via the GrabFood app. 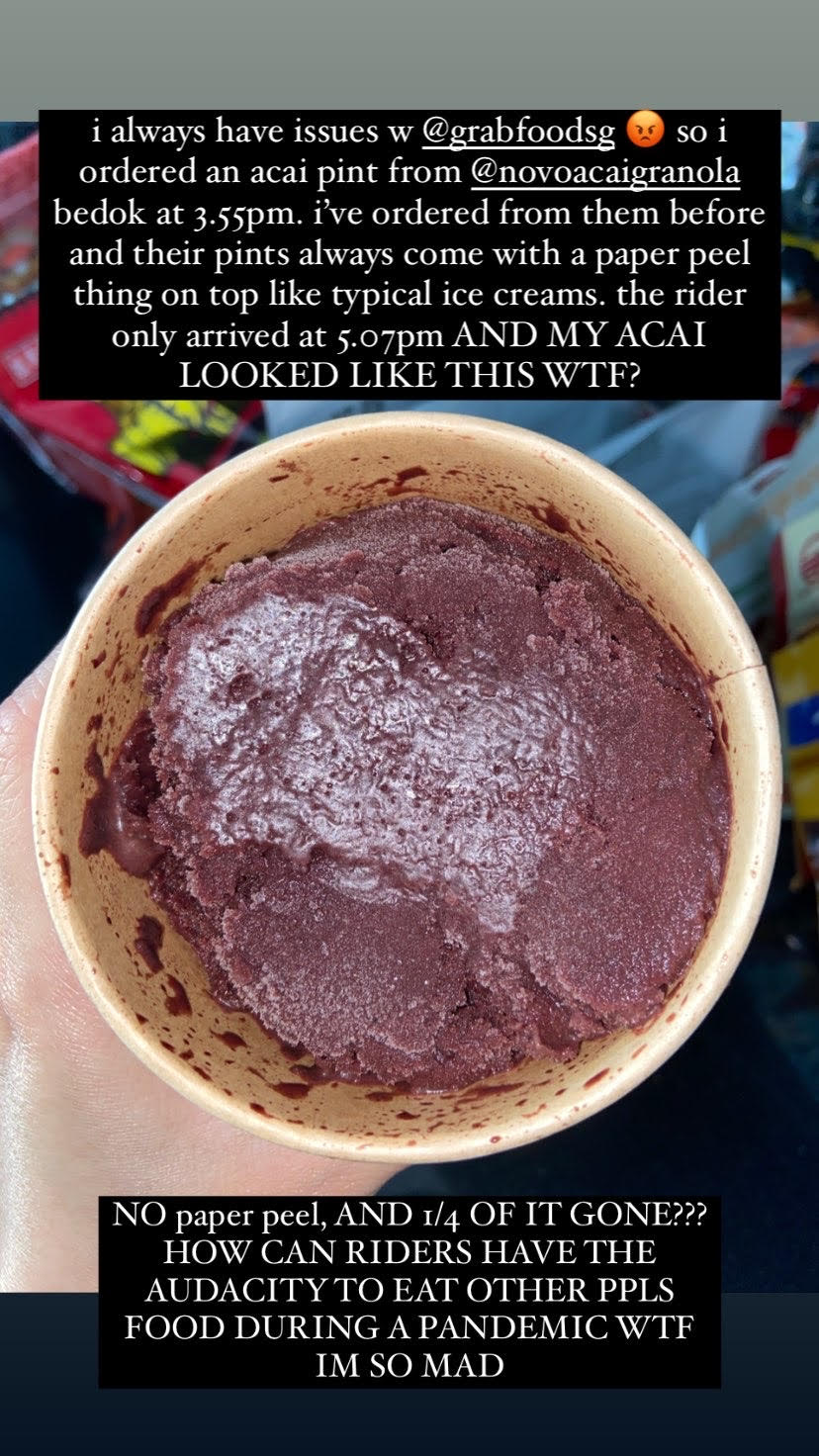 In her account, she explained how she had ordered an acai bowl from NOVO Açaí & Granola in Bedok. As this was not her first time, she knew that the acai bowl would come covered with a protective peel.

After more than an hour of waiting, her order finally arrived. But to her utter horror, she noticed that the protective sheet was not there and that the acai bowl looked as if it had been eaten into.

The portion was considerably less, as she estimated that at least a quarter of it was gone.

Noticing this, she assumed that the delivery rider had taken a bite out of her order while they were out on the job.

The store apologetically explained that there are strict procedures in place to ensure that all pints of acai are prepared meticulously. Therefore, it was a surprise to them as well when they saw the state of the order.

While there was nothing much that they could do, they instructed the customer to apply for a refund.

The folks over at NOVO Açaí & Granola also said that they would be liaising with Grab on the issue and apologised for the incident.

MS News has reached out to Grab for comment on the issue and will update the article accordingly.

Hope such an incident won’t happen to anyone else

The thought of a delivery rider digging into our meals before sending them to us is quite off-putting, to say the least.

For most of us, this would never be an idea that would cross our minds.

Hopefully, the issue will be resolved amicably between all parties.

Featured image courtesy of an MS News reader and adapted from Dennis Sylvester Hurd on Flickr, for illustration purposes only.