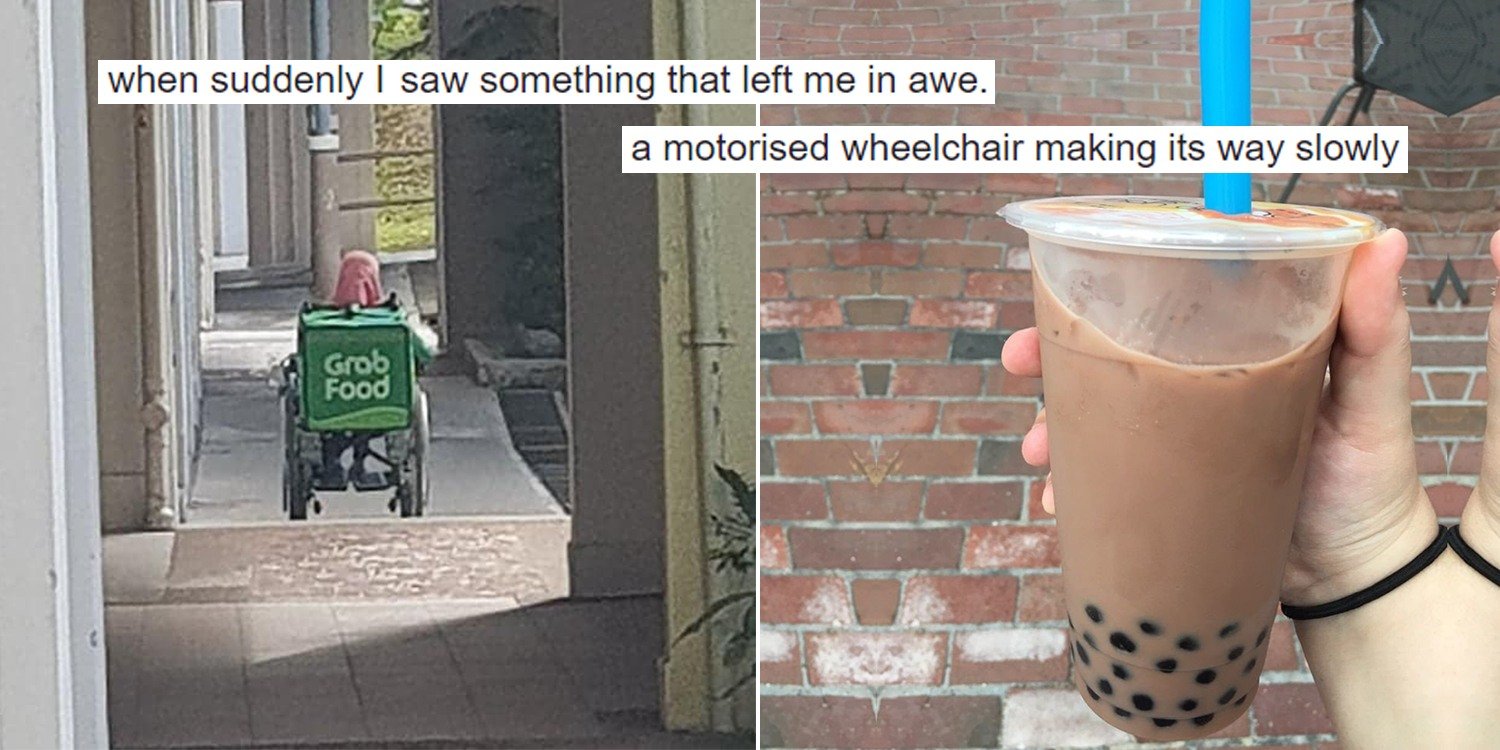 Sometimes, it feels like the weight of the world is upon our shoulders. But there’s nothing a good ol’ cup of bubble tea won’t fix.

A loving husband named Mr Shahril Jantan, detailed the lengths to which he went to get a cup of chocolate milk tea from iTea for his wife — and the unexpected but meaningful life lesson that followed.

Here’s his post in full, written on Thursday (28 Mar). 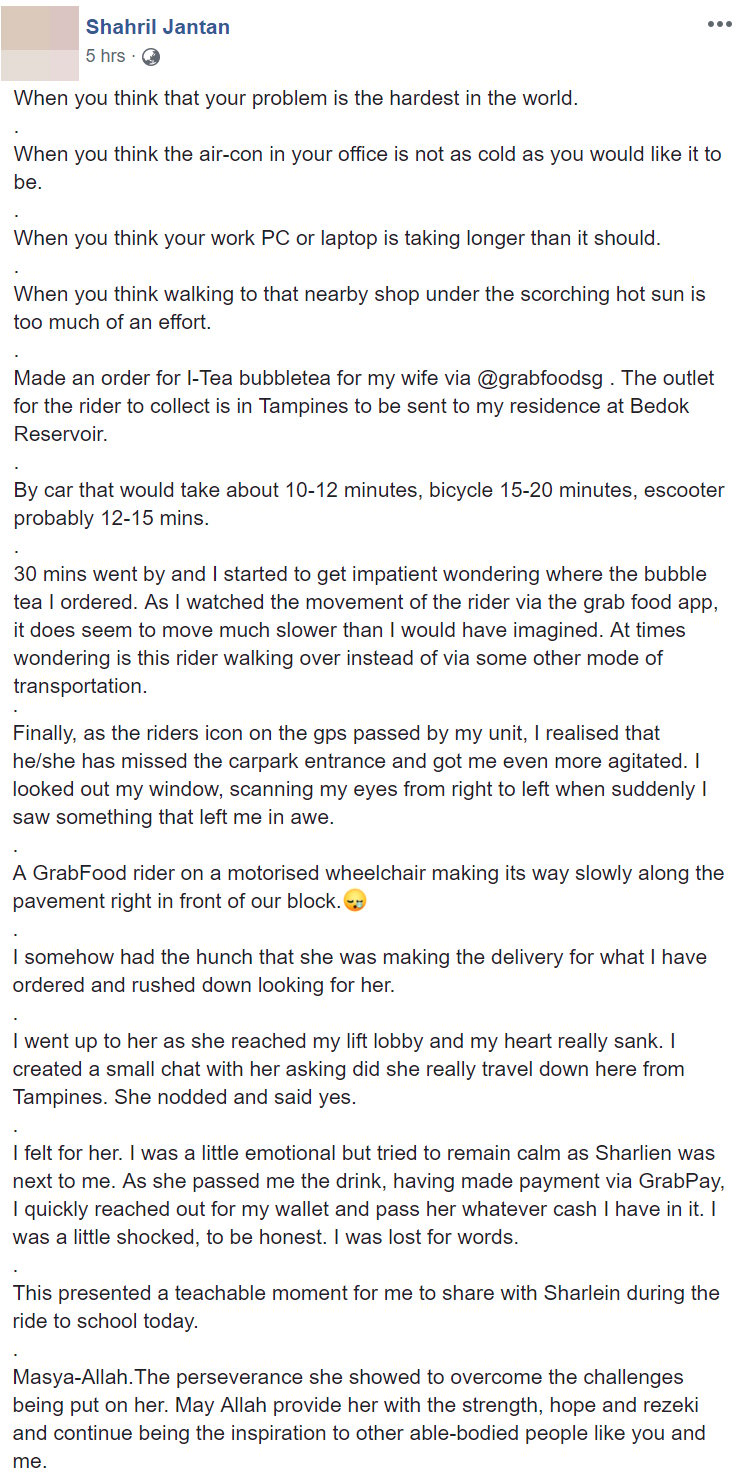 From Tampines to Bedok Reservoir

Mr Shahril made an order on behalf of his wife for a single cup of chocolate milk tea.

As the outlet was at Tampines, and his drop-off point was near Bedok Reservoir, he made sure to check the expected time of delivery.

According to the Grab app, he shared that these timings would apply, depending on the vehicle.

As the minutes ticked by, his patience slowly wore thin as it turned into an arduous half an hour wait.

Mr Shahril decided to track the rider’s movements on the GrabFood app. To his surprise, he realised that the delivery rider was progressing more slowly than he’d expected.

He even began to wonder if the rider somehow chose to walk over instead.

Finally, as the rider approached his location, the GPS unfortunately revealed that the GrabFood employee had overshot the carpark entrance.

Mr Shahril describes that he felt “even more agitated”, as he peered out of his window.

That’s when something remarkable happened.

A lone wheelchair turns the corner

He describes the moment perfectly in his own words,

I looked out my window, scanning my eyes from right to left when suddenly I saw something that left me in awe.

A motorised wheelchair emblazoned with a GrabFood logo was rolling along the pavement slowly — stopping right in front of his block. 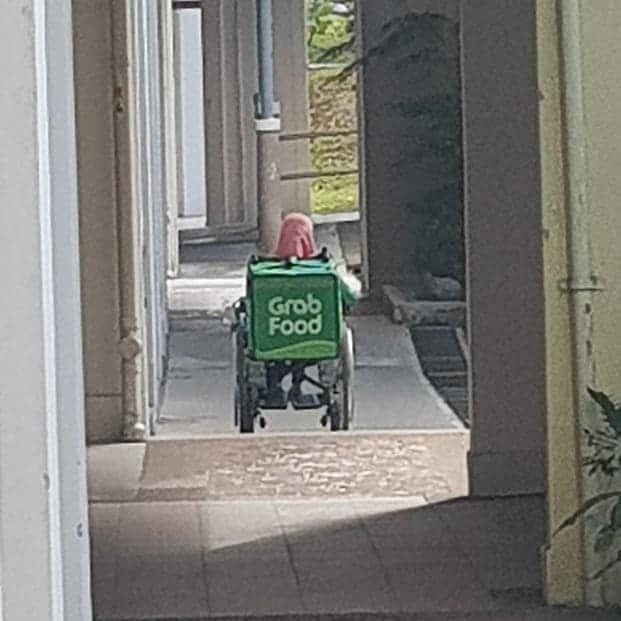 Mr Shahril instinctively knew that the rider was here for him, and rushed down to meet her. 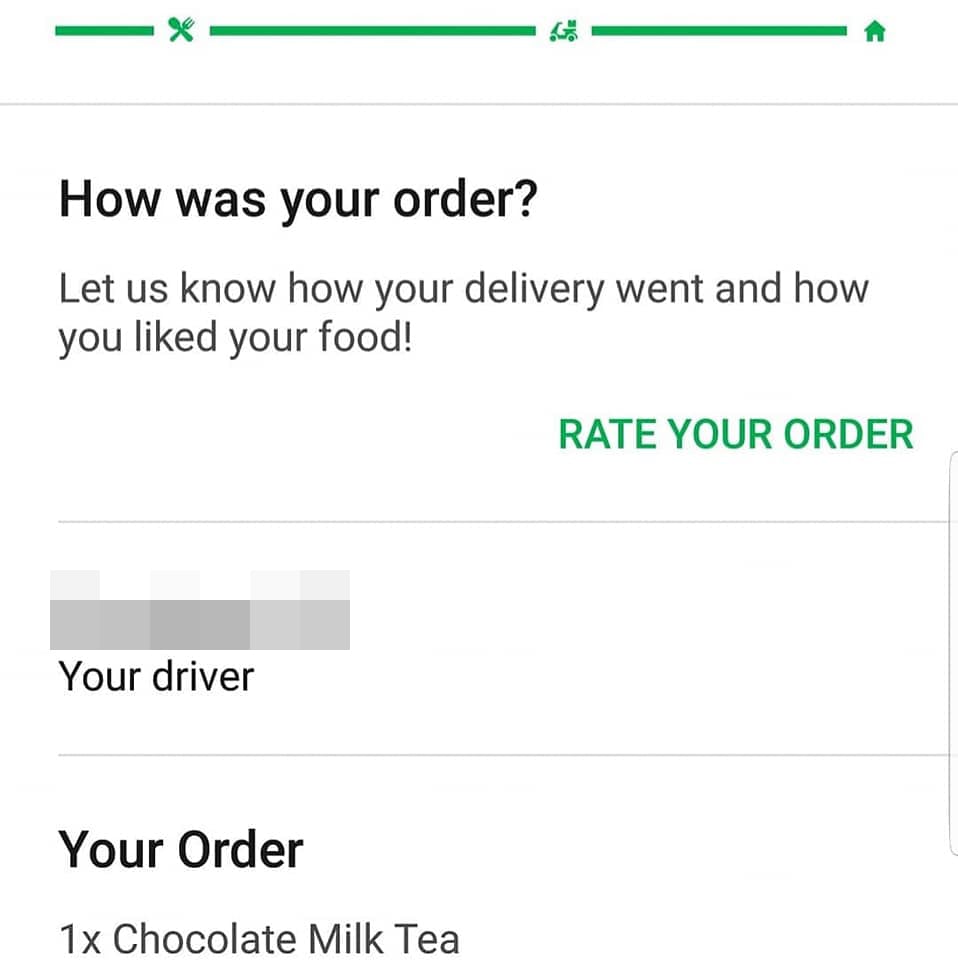 Upon coming face to face with her at the lift lobby, Mr Shahril describes that his “heart really sank” as his daughter watched the scene unfold beside him.

The rider had travelled all the way from Tampines on her motorised wheelchair to deliver the single cup of bubble tea to him.

He described the emotionally charged meeting,

I felt for her. I was a little emotional but tried to remain calm…having made payment via GrabPay, I quickly reached out for my wallet and passed her whatever cash I had in it.

Extremely appreciative of the touching lengths she’d gone to complete the delivery, Mr Shahril decided to give her a little extra for her work.

This is also how a single cup of chocolate milk tea changed his life forever.

The fateful encounter has not only left an indelible mark on Mr Shahril’s life, but also changed the lives of everyone who has shared or read his story.

We may continue to gripe about Wi-Fi speeds, laptops taking forever to load or the dreaded Singapore heat. Perhaps, on occasion, feel a little lazy to walk out and fulfill a bubble tea craving from a store within walking distance.

But when we remember to put our lives in perspective, our problems become infinitely more manageable. Let us also give our dues to those who choose to persevere, despite the challenges they face daily.

May they always inspire us and lead the charge as we strive to become a more inclusive society.