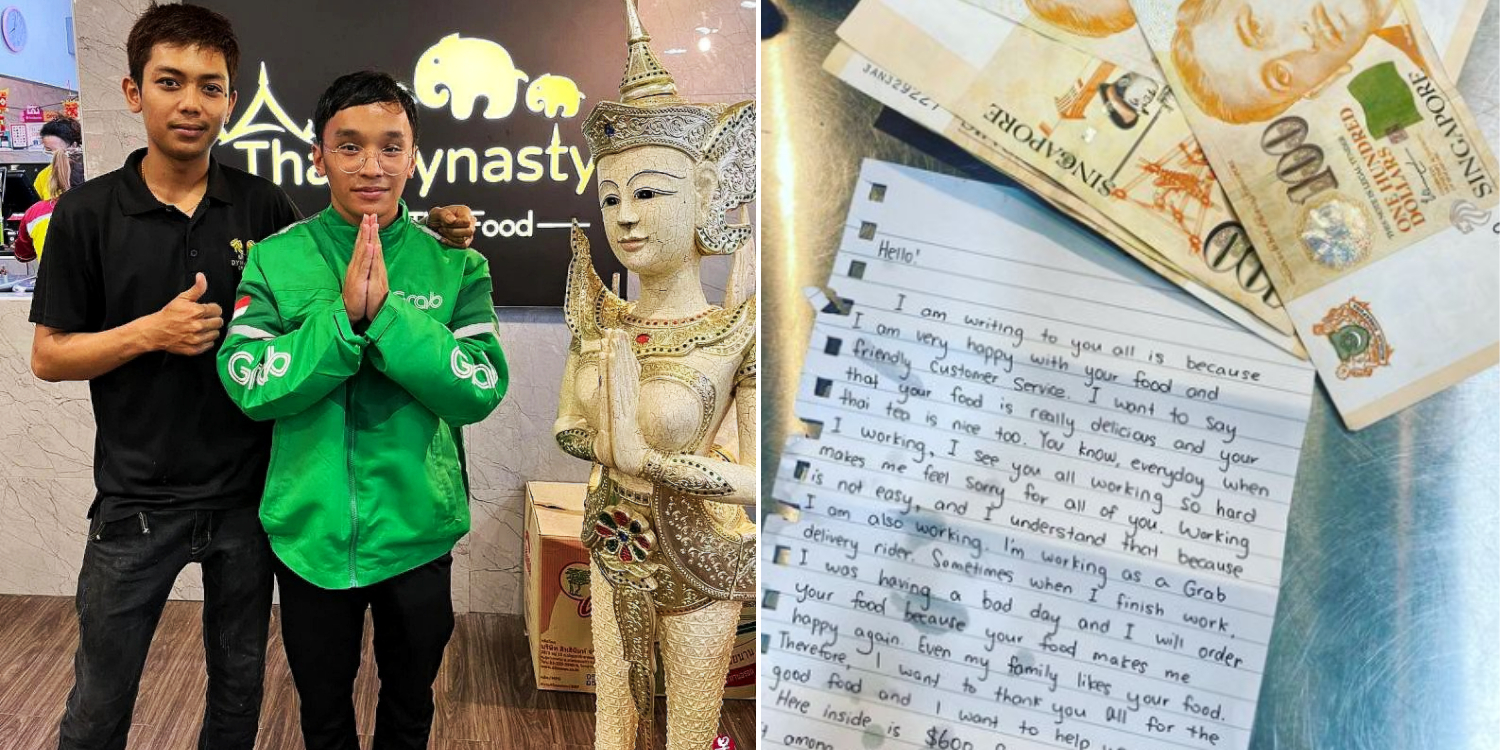 The staff later returned the S$600 as a gesture of goodwill.

Getting food delivered has become an essential part of our lives, especially since the Covid-19 pandemic hit.

When we receive our favourite meals at the door, it may be easy to forget that there are multiple people behind the preparation and delivery of the food.

One GrabFood rider, however, showed his appreciation in a big way when he gave the staff of a Thai food stall S$600 in tips.

In a note accompanying the tips, he thanked the staff for their hard work and good food.

GrabFood rider says the food cheers him up on bad days

The gesture of kindness came to light via a Facebook post by Thai Dynasty last Sunday (11 Sep), which took place at their Yew Tee Square outlet.

A shot of the S$600 tip was shared next to a note left by the GrabFood rider, revealing its contents. In the message, Jesse said he is writing to them as he is “very happy with (their) food and friendly customer service”.

A frequent customer himself, he complimented the food and their Thai tea. He loved it so much that he would order from them when he was having a bad day because it made him happy again.

The rider also empathised with the staff, saying that he felt sorry that they had to work so hard.

Working is not easy, and I understand that because I am also working . . . as a Grab delivery rider.

As such, he wanted to help them out with the S$600 tip and asked that they share it among themselves.

As the staff were having a typically busy day, they did not notice the tip or the note until hours later.

Taken aback by the huge sum, they wanted to get in touch with Jesse but did not have his contact details.

Fortunately for them, Jesse came back at 5pm that same day, the outlet’s director Jason Pay told Lianhe Zaobao.

He mentioned that the staff knew Jesse well, as he often picked up orders from them.

“However, they never expected he’d be so generous and leave such a big tip,” he said. 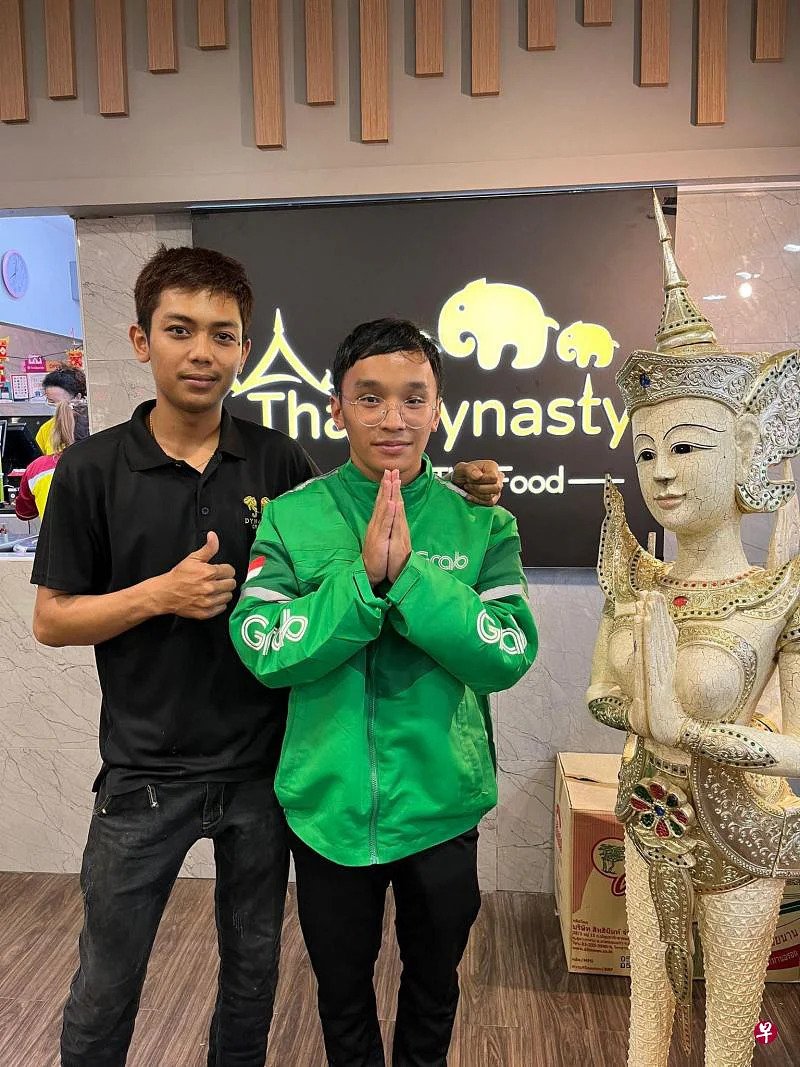 Upon his return, the staff chose to give the S$600 tip back. While staff can keep any tips they receive, Mr Pay said they decided to return it as a gesture of goodwill.

As a reward for their hard work and to boost their morale, Mr Pay bought them two large pizzas and other dishes shortly after.

Other delivery riders interviewed by Lianhe Zaobao told the publication that there is a tipping culture between riders and F&B staff.

However, the amount usually only goes up to S$50 at most.

A 58-year-old rider named Huang said when restaurant staff work efficiently and have a professional, friendly attitude, it makes their jobs easier.

As such, he surmised that Jesse must have been very grateful to the Thai Dynasty outlet workers for leaving such a big tip.

Another rider said the tipping culture is built on a good relationship between them and the restaurants, especially since riders often frequent the same F&B hotspots in one area.

Good to see riders & F&B staff uplifting each other

The service industry can be perilous, especially when riders put their lives at risk daily just to make sure we get our orders on time.

Similarly, F&B staff are on their feet for hours to fulfil orders, sometimes forsaking their own mealtimes.

Hence, every bit of support and empathy counts towards keeping their spirits up, which is exactly what this kind GrabFood rider did.

Hopefully, this inspires F&B employees and delivery riders to show appreciation wherever they can and continue to help each other.