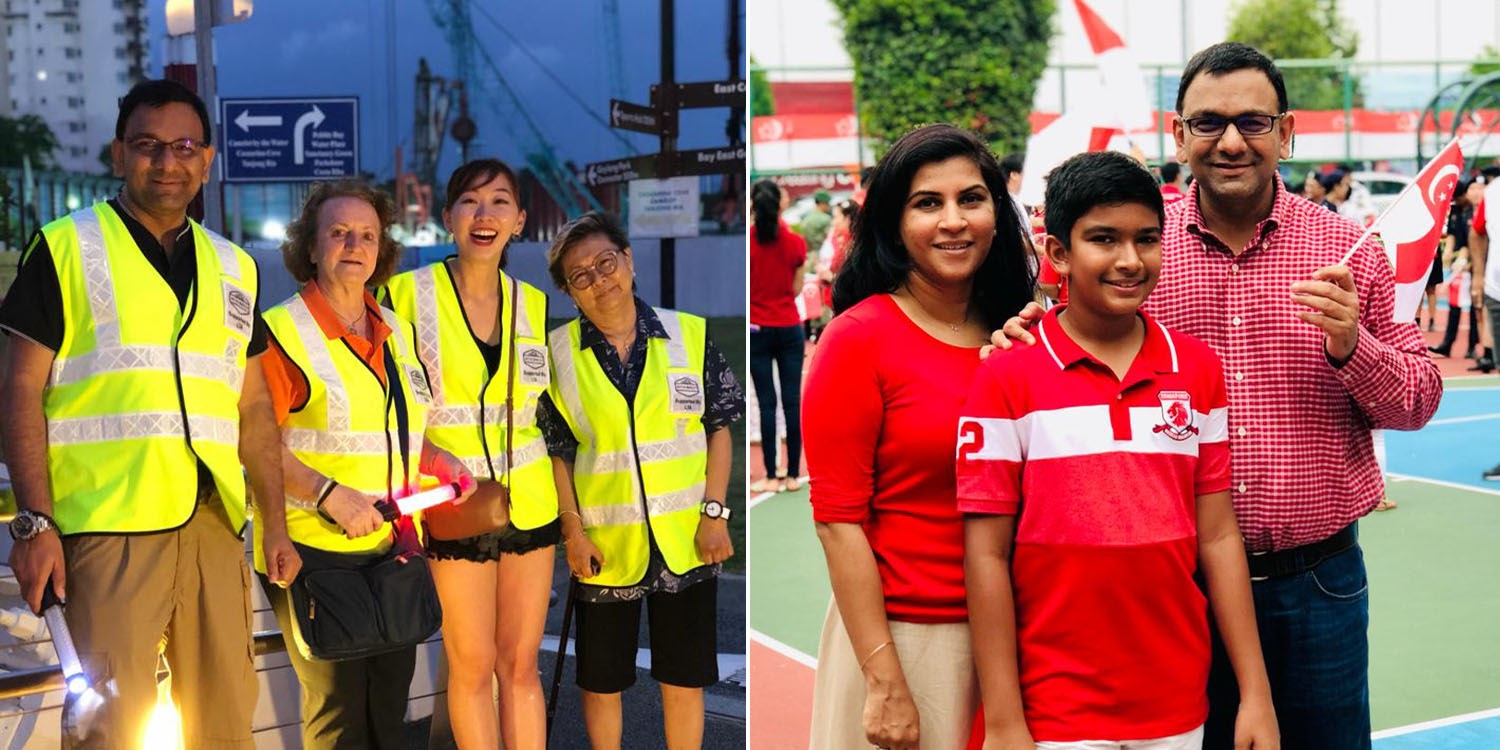 The saying that “home is where the heart is” couldn’t be more apt for 47-year-old Rahul Gupta, who has called Singapore home for 15 years.

Having served as a grassroots leader for 6 of those years, Mr Gupta’s passion for giving back to his community has seen him participate in resident outreach and neighbourhood patrols. 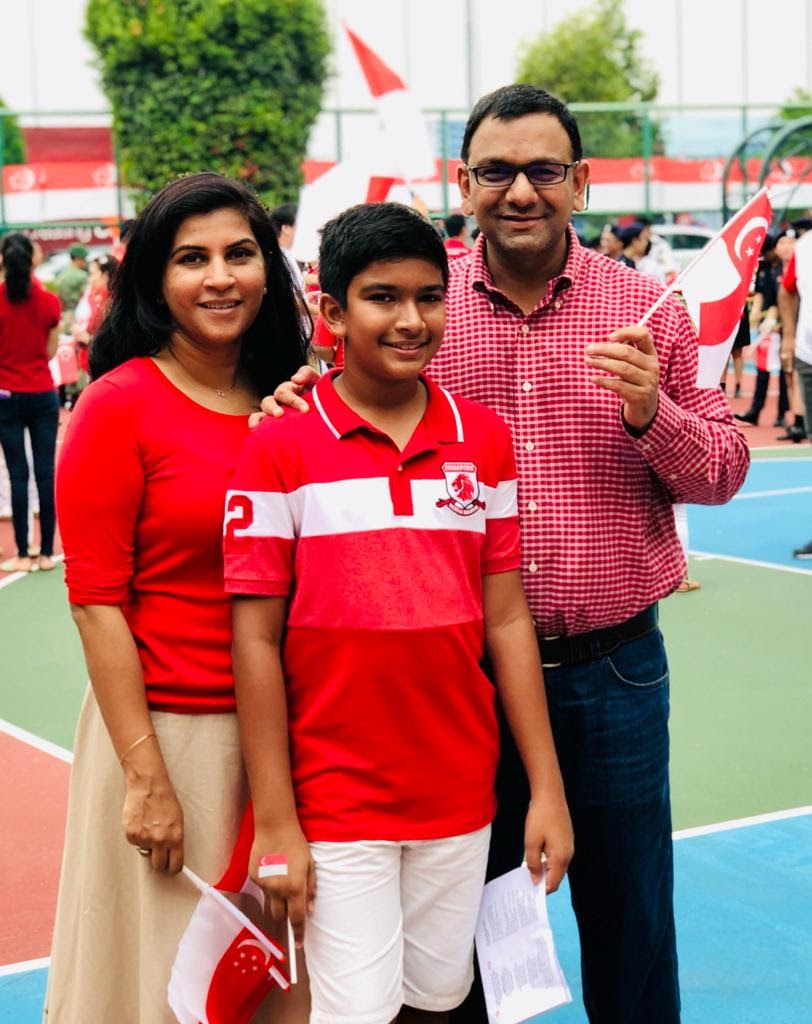 While being active in the community was easy, assimilating into it was a bit of a challenge, as Mr Gupta recounts his experiences in his early years.

Now a Singapore citizen, he shares with MS News about his grassroots experiences, how he came to plant his roots in Singapore, and his hopes for more to speak up on racism and xenophobia.

Moved from India to Singapore to pursue a regional role

Some time in 2005-2006, Mr Gupta was working as a client service director at a multinational company in Mumbai, India.

When a job opening for a Singapore-based Regional Account Director opened up, he decided to seize the opportunity to work in a new country. He underwent a comprehensive interview process before getting the job offer.

Initially thinking that he would stay for only 2-3 years, Mr Gupta surprised himself and his family when he continued to take on new opportunities here, eventually calling Singapore home.

Crediting Singapore’s friendly environment and multiculturalism, Mr Gupta said that the decision to settle down here in 2014 was a no-brainer. 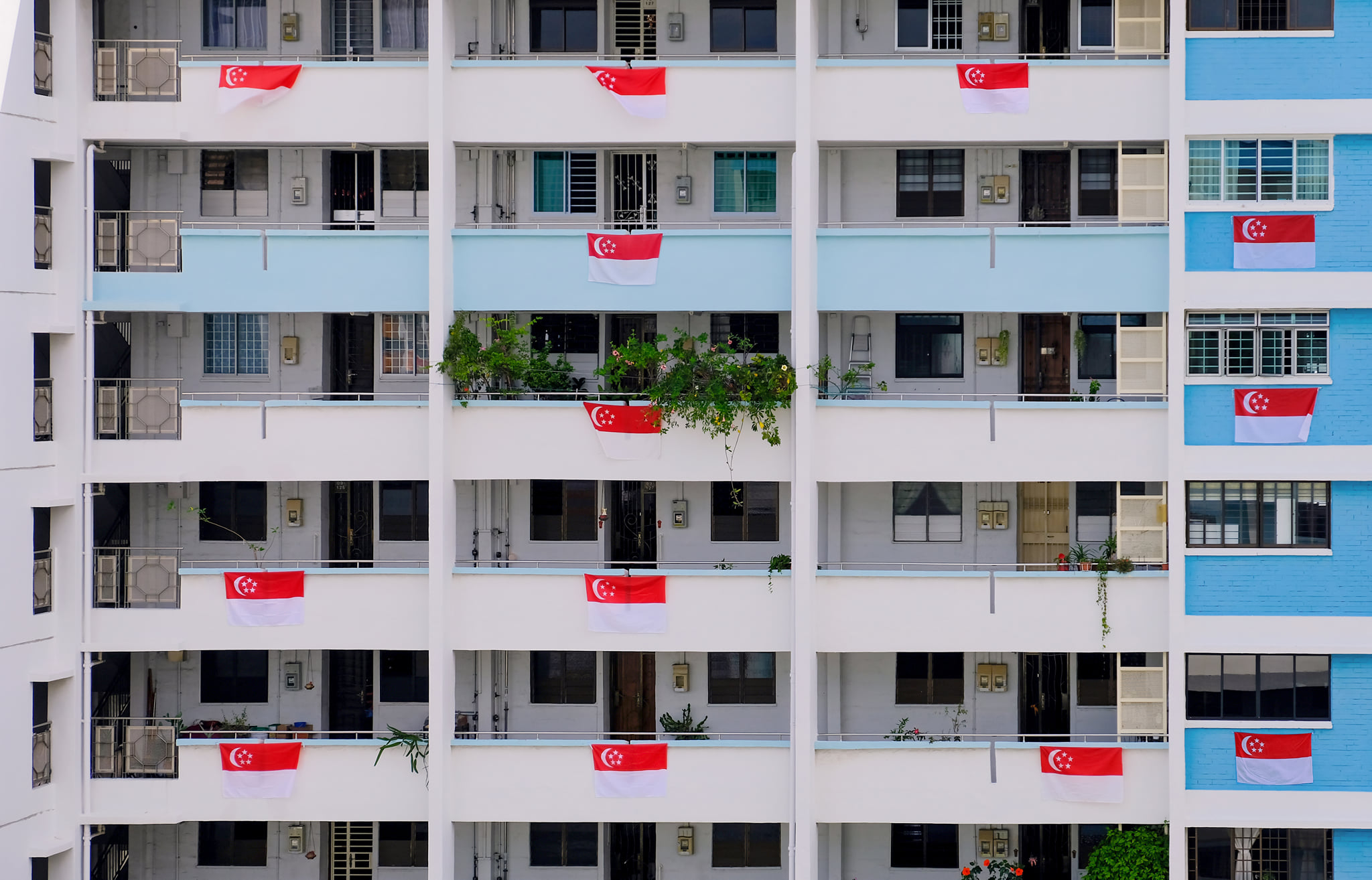 He felt that his family had no issues fitting in and were never made to feel like outsiders.

In 2016, he moved to his current company in the technology sector, where he is now the Head of Industry in their marketing solutions team.

Gives back to the country that welcomed him

Though he never felt like an outsider, Mr Gupta tells MS News he’s aware that being a naturalised Singaporean – a person who gained citizenship by registration – means having to work harder to fit in and integrate.

To give back to the country that welcomed him, Mr Gupta volunteers at his neighbourhood’s grassroots organisation in Mountbatten while pursuing his day job. 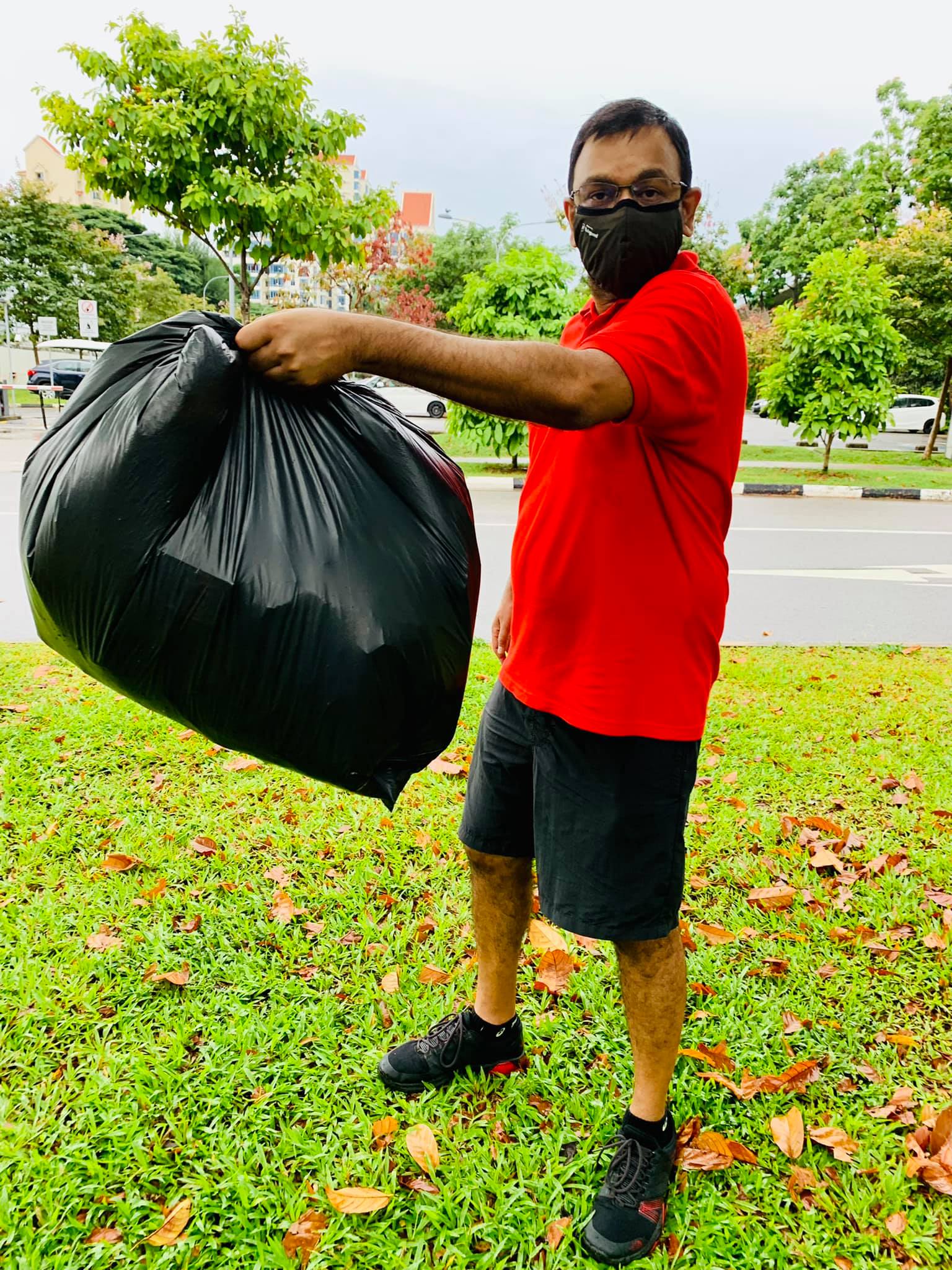 As the private estate he serves is racially diverse, the challenge comes in ensuring that there’s a sense of community and understanding among neighbours, he tells MS News.

Part of his duties entails channelling feedback from residents to various government agencies and following up on them to ensure the issues are taken care of.

One such issue was when a pedestrian bridge in the Kallang area became congested with cyclists and pedestrians. 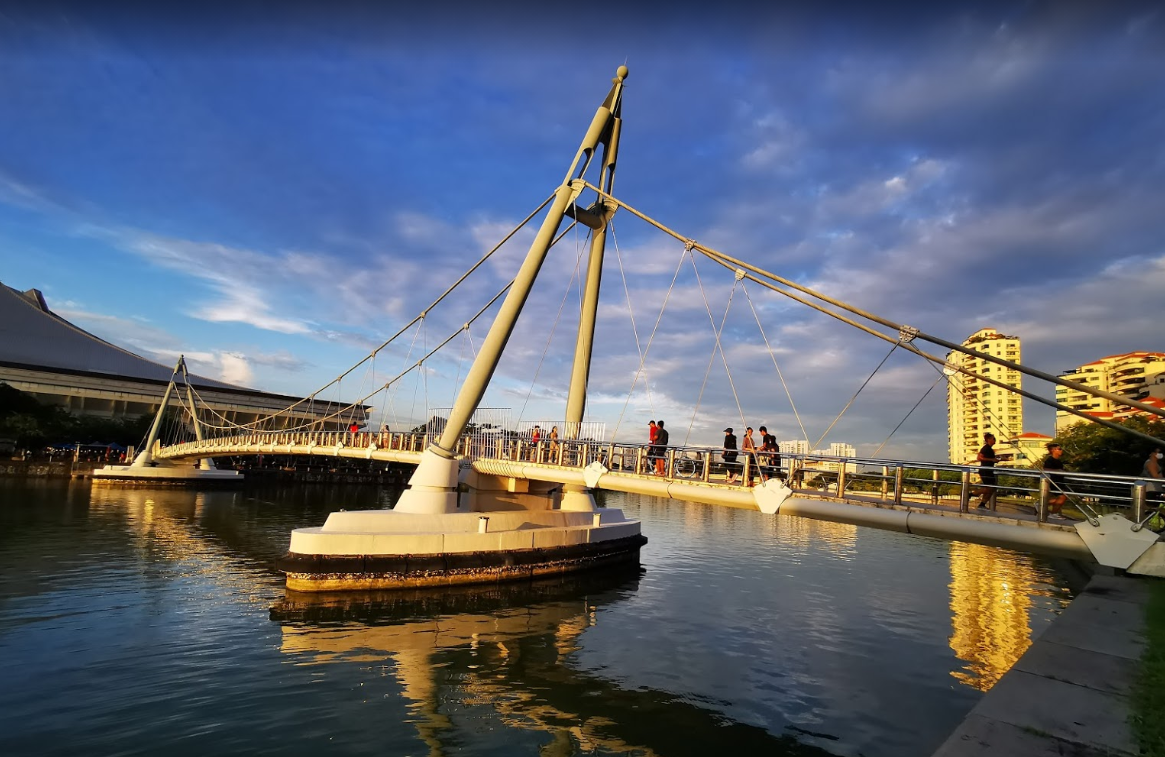 Because some cyclists wouldn’t dismount and speed past, often there were verbal altercations. To help ensure a happier community all around, he took the initiative to form an Active Mobility Team that conducted weekly advisories for nearly 2 years.

His efforts bore fruit, as he notes that there have been significant improvements since then.

More recently, there have been cases of park connector users not complying with Safe Management Measures, which has led to some concerned Residents.

So Mr Gupta and his grassroots team set up advisory patrols to give friendly reminders to people in the area. 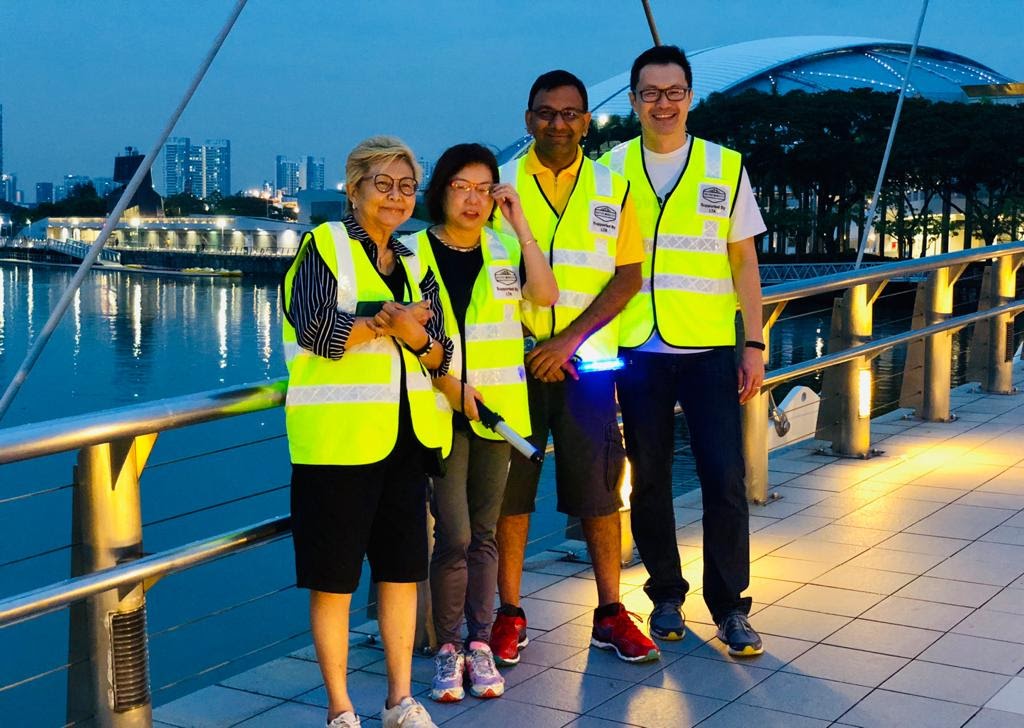 “When we tell others to mask up, we feel that our presence on the ground has created a better atmosphere for all the residents.

“Perhaps it’s because we are familiar faces around the neighbourhood,” he posits.

They’ve conducted these patrols every evening for the last 2-3 weeks at the park connector area, and the results have been encouraging.

And this comes without any strict enforcement—just fellow citizens telling each other politely to mask up properly.

Brings a sense of balance to the community as grassroots leader

However, that’s not all that Mr Gupta brings to the table as a grassroots leader.

Admitting that communicating with residents and government agencies can be challenging, Mr Gupta feels his private sector experience brings a sense of balance. 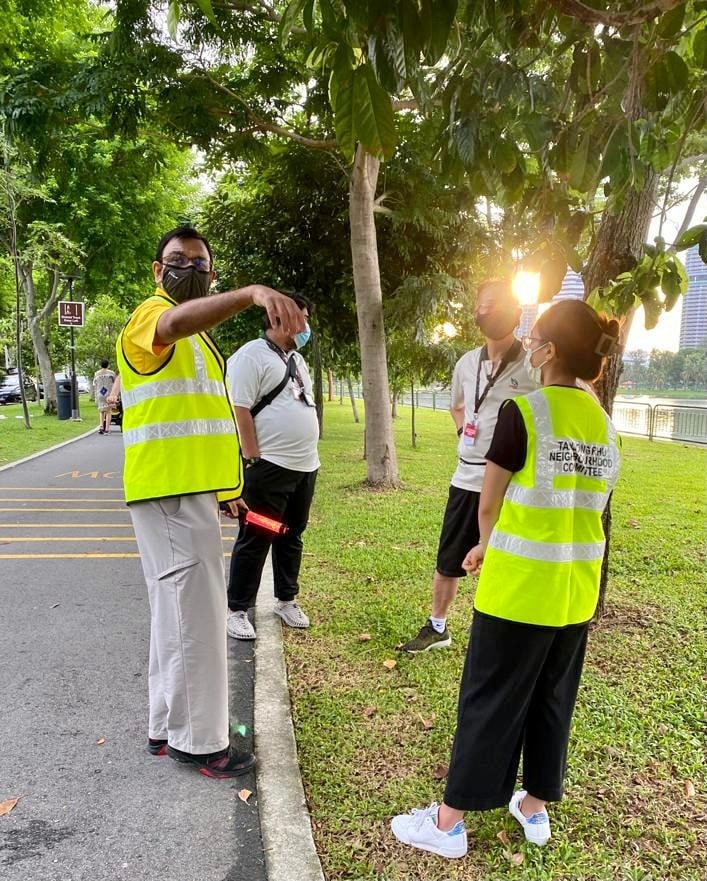 The “reality check”, as he puts it, helps manage unrealistic expectations in discussions with his residents. For example, he understands why deploying SDAs for crowd control everywhere may not be feasible.

“Where are (the SDAs) going to come from? And is it going to be worthwhile having officers in every square inch of Singapore handing out fines? Is that the kind of society we want?”

Indeed, not everything can be resolved by the authorities—Mr Gupta fervently believes that the community has to play a part too.

Littering, for instance, isn’t something that newer or bigger dustbins will solve. The solution is simply to throw your trash responsibly, and that’s down to the public.

Despite his best efforts to serve his community and having lived here for 15 years, recent incidents like the racist assault on a woman of Indian ethnicity in Choa Chu Kang caused Mr Gupta to worry.

But the concern wasn’t just for himself. Anxious for his son, Mr Gupta called the young boy one day and advised him to be extra vigilant when going home from school.

Such was the chilling effect the attack brought upon him and others in the community.

Gets questioned on nationality or motives

For Mr Gupta, being Singaporean isn’t about looking or acting a certain way.

But it would seem that lines are being drawn, especially online. If one wasn’t born here or speaks Singlish, they must not be Singaporean or are here for less than savoury reasons.

Even while he goes about his duties as a grassroots leader, some question his motives. “Must be angling for citizenship,” they’d say as they look from afar.

It’s only when Mr Gupta offers to show them his pink IC that they back off.

Not about looks or speech, but what everyone can contribute

He wants to emphasise that it’s not about what one looks like or where one was born, but what one gives—both heart and soul.

Like his son, who’ll be serving his National Service soon, Mr Gupta says he’s “willing to fight and die for Singapore”.

But with an increase in overt racism, primarily targeted at those of Indian descent, Mr Gupta hopes that the majority will speak up more.

He also thinks we can’t continue to hold on to outdated ideas of what or who constitutes as a ‘Singaporean’.

“I do hope that as we mature as a society and nation, we will be more accepting that there is no one particular look… or way that makes you Singaporean.

“It’s about what’s inside your heart, or even the Singapore Pledge—regardless of race, language, or religion,” he muses.

Despite the challenges, Singapore is home

One can imagine that uprooting and rebuilding your home in a new country isn’t easy.

However, 15 years of living in Singapore have been fulfilling for Mr Gupta so far, despite the obstacles he’s had to overcome.

Now that he’s here for the long haul, he hopes to lend a hand in helping Singapore mature as a modern multicultural society.

After all, Singapore is home.

This post was brought to you in collaboration with the Ministry of Culture, Community, and Youth (MCCY), in support of #SGTogether.