The fact that she used ingredients like honey for chicken rice appalled and angered Singaporeans.

Many took their indignation onto the Internet, berating the chef for ‘butchering’ our beloved local dish.

Replying to tweets from some angry Singaporeans, Miss Faulkner made a few denials. 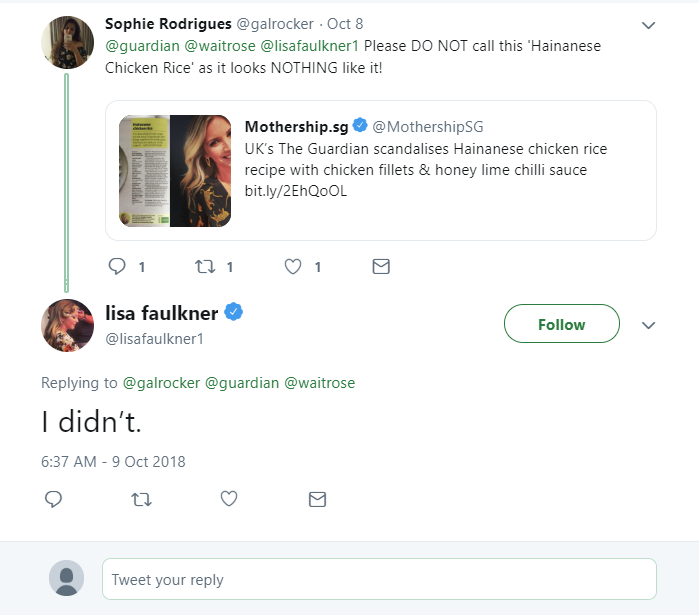 Which is strange because there is a section in the article where she implicitly acknowledges the name of the dish. 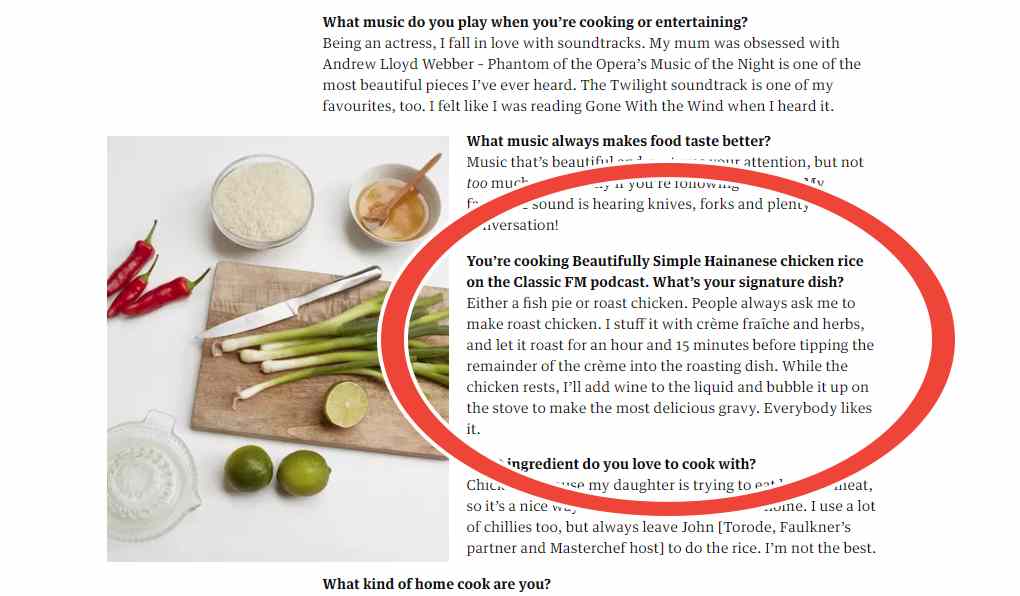 Next, she goes on to deny that it was her recipe in the first place. In fact, she says that the dish was prepared for her by someone else. 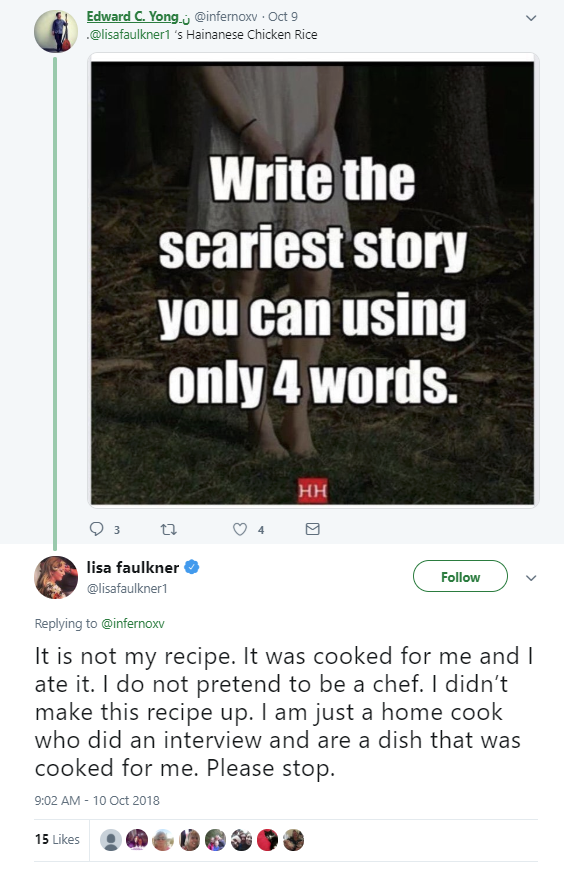 Okay, to be fair, it really wasn’t her recipe.

It was a recipe belonging to an online grocery store that shares recipes, Waitrose & Partners.

But as for the preparation of the dish, it’s hard for Faulkner to deny it.

Every bit of the article reads as though it was actually her preparing the dish.

There’s even a playlist at the end of the article with the caption: “listen to Lisa as she cooks on the Classic FM podcast…”

Are we being too harsh?

Maybe we’re going a little too far with this. But then again, she is a celebrity chef, and that was an advertisement she was paid to do.

The least she could have done was to read up about the dish she was going to prepare.

So maybe she deserves the flak she’s getting — what do you think?

Whatever it is, the celebrity chef appears, at least from her Twitter feed, to be indifferent to the ruckus.