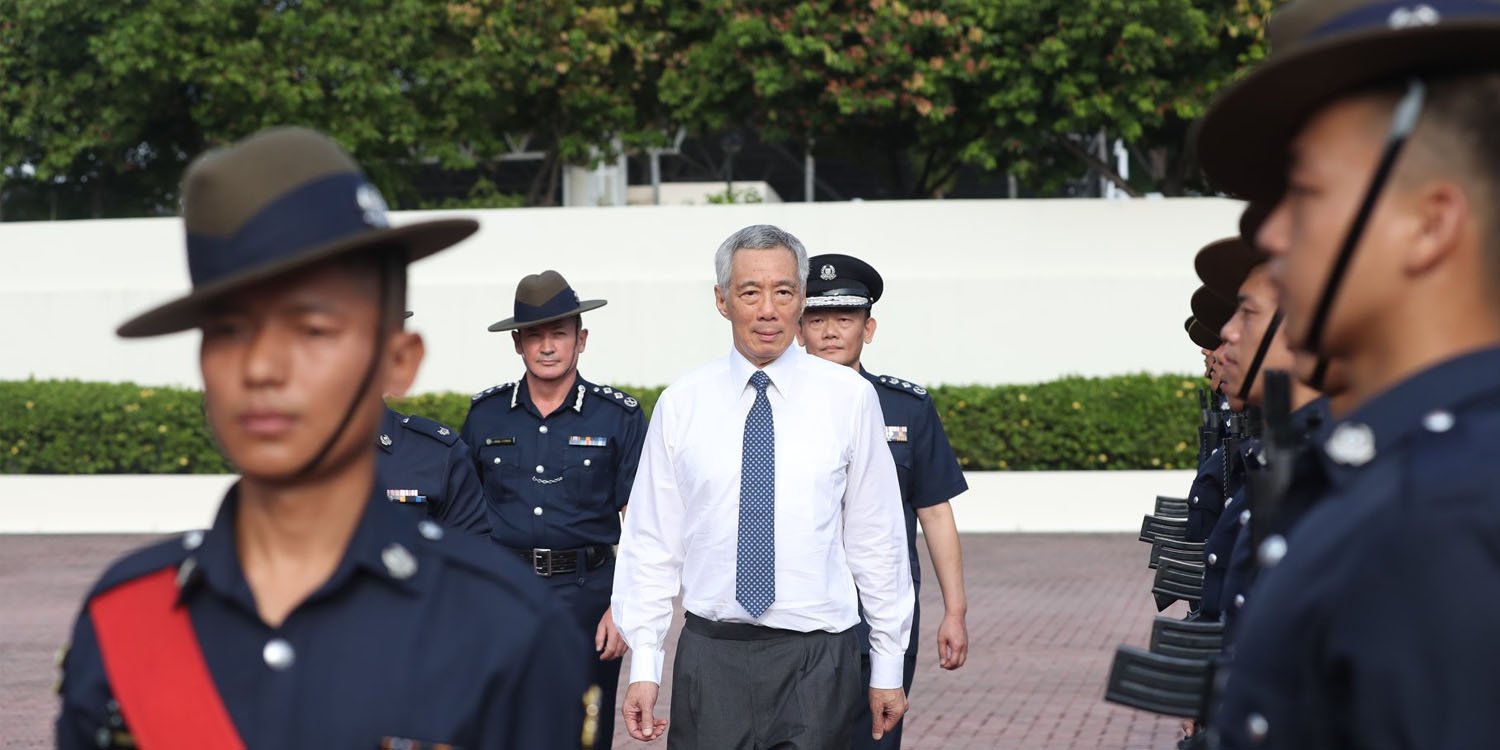 Thank you for keeping us safe.

We often thank our police, firefighters, army and navy for keeping us safe, but overlook the silent heroes working behind the scenes.

The Gurkha Contingent in the Singapore Police Force (SPF) has been maintaining security in major events since 1949.

They marked their 70th anniversary on Wednesday (10 Apr), and Prime Minister (PM) Lee Hsien Loong was there to praise them for their loyal service. 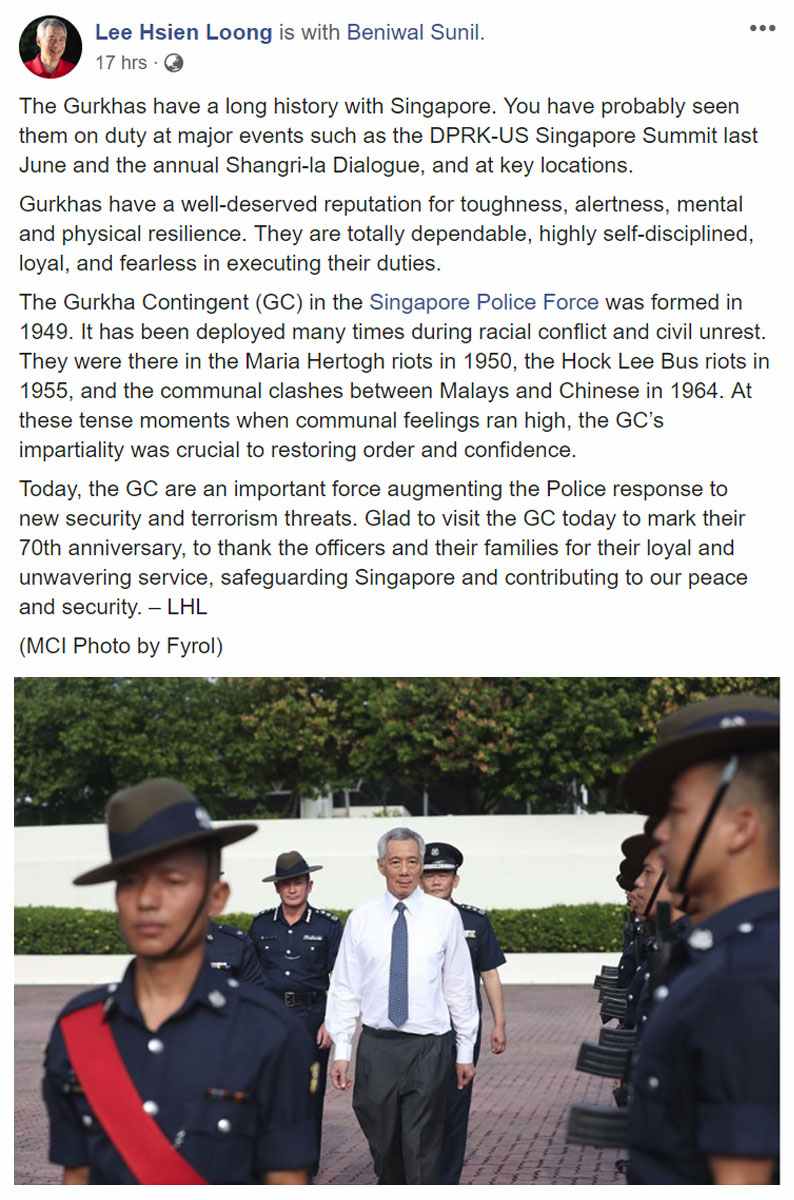 Set up in 1949, the contingent is often deployed in major events from leaders’ summits to incidents of civil unrest. 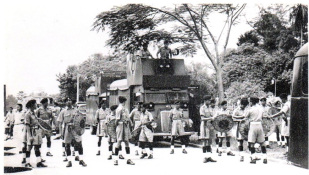 Some of these occasions include: 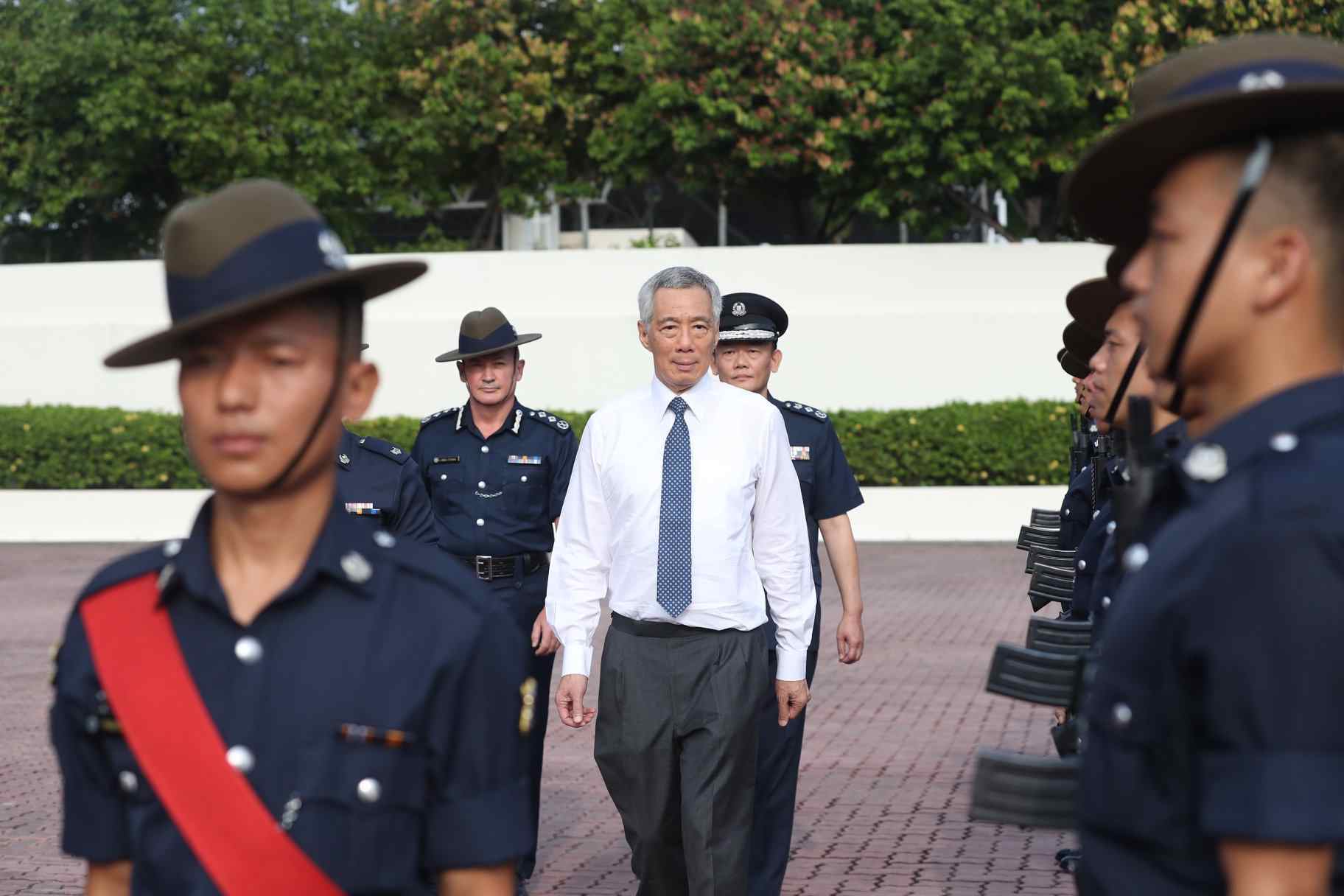 He also praised them for their bravery, loyalty and self-discipline in fulfilling their duties.

As the contingent marked its 70th year of duty, PM Lee emphasised how crucial the Gurkhas will continue to be in protecting Singapore from new threats.

He thanked them and their families for their dedicated service in keeping Singapore safe and peaceful.

In response to PM Lee’s Facebook post, many Singaporeans echoed his sentiment by showing their appreciation too.

Some suggested thanking the Gurkhas in a more tangible way — by granting them citizenship.

But of course, there can be other alternatives too, like improving their general welfare.

A teacher who taught Gurkha students at Eiling Primary School before it shut down chipped in with his own anecdote, and thanked PM Lee for bringing the Gurkhas’ story to light.

The Gurkhas may be working quietly, but it’s heartening to see that their service has not gone unnoticed by Singaporeans.

We thank them for their unwavering dedication and will forever be grateful for their vital role in safeguarding Singapore’s security.