Hari Raya Haji Is More Than Just A Public Holiday

Many of our Muslim friends will be commemorating Hari Raya Haji on 12 Aug.

But have you ever wondered what’s the meaning behind the festival?

Hari Raya Haji or the ‘Festival of Sacrifice’ lasts 4 days, and serves to mark the end of ‘hajj’.

Hajj is the annual Muslim pilgrimage to Mecca in Saudi Arabia, considered the 5th pillar of Islam. 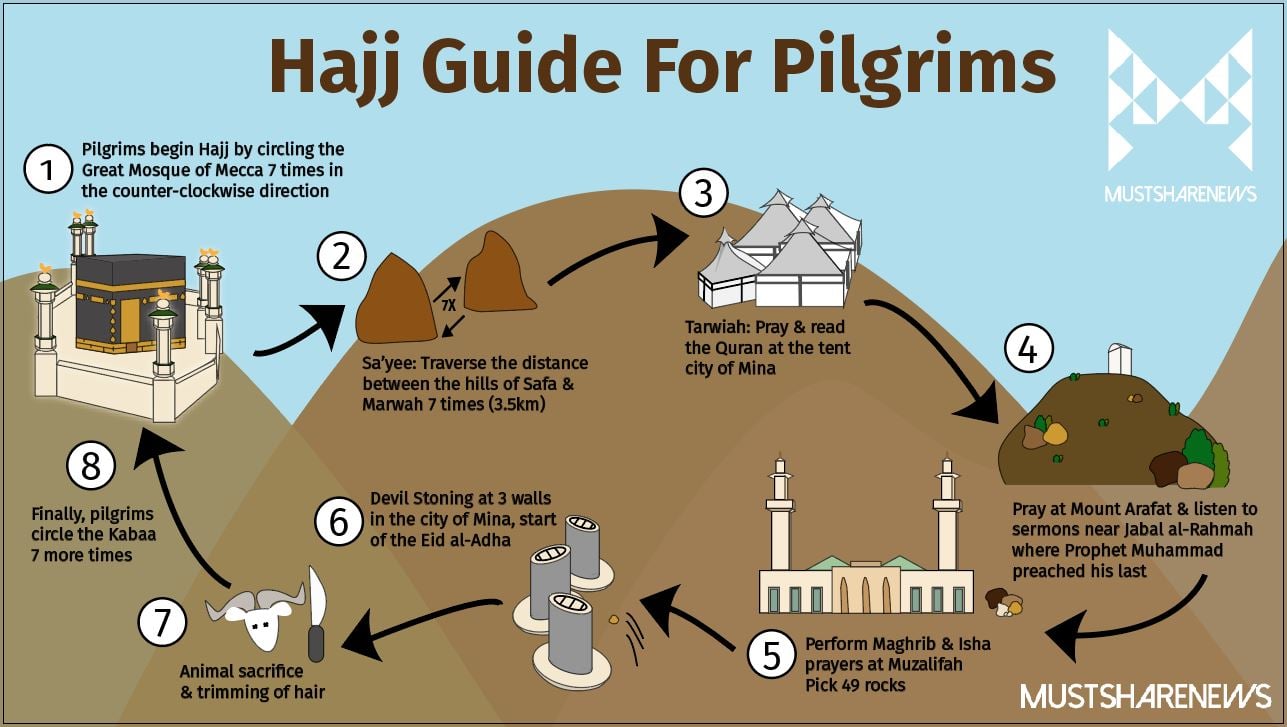 An annual tradition, this arduous journey retraces the steps of the Prophet Muhammad, and includes symbolic rituals once pilgrims have reached the holy city.

Every able-bodied and financially stable adult Muslim is required to perform the Hajj at least once in his or her lifetime.

Preppin’ for the Hajj

Back in ancient times, ardent pilgrims would give their lives during the perilous journey to Mecca. Thus, believers are not encouraged to take the notion of the journey lightly or “as an afterthought”.

Close study of the Hajj rituals, avoiding worldly distractions, and repentance for past sins are ways to prepare the mind for the journey.

Most importantly, the Hajj must be undertaken with sincerity and devotion, not for gaining worldly recognition.

There are 3 kinds of Hajj pilgrimages that may be done, but the most common form is Tamattu’, performed most commonly by foreigners who visit Saudi Arabia,

Preppin’ for the Hajj

Believers first visit Saudi Arabia, or more specifically the holy city of Mecca. As a sign of solidarity, Muslims can perform the Hajj in groups.

The city plays host to so many foreign visitors that there’s even a special “Hajj visa” for American Muslims who haven’t made the journey in the last 5 years.

Due to influx of believers during this period, pilgrims must arrive at the King Abdulaziz International Airport in Jeddah, latest by the 4th of Dhul-Hijjah, 16 Aug this year.

Muslims must first assume a state of purity known as Ihram, before performing the rites of Umrah and Hajj.

Men: Shaving, combing & trimming of facial hair, body hair & nails, followed by bathing & repenting for sins is required. Believers also wear clean and plain Ihram sheets, and simple sandals to symbolise the equality of all before God.
Women: Shaving, grooming and bathing is required. No perfumes, makeup or cosmetics should be worn. Besides the simple sandals, women can wear ordinary clothes that are clean and modest. Covering the head with a veil or scarf is the mandatory attire as well.

Saying the Talbiyah, a Muslim prayer, is the next step to announce the believer’s intention to make the Hajj.

Proceeding to Kaaba – the most sacred location in Islam – and performing the Tawaf by circling it 7 times in an counter-clockwise direction while reciting prayers comes after that.

Upon completing 7 circles, the ritual is done.

Walking back and forth 7 times, while reciting further prayers between the hills of Safa and Marwah comes next.

In modern times, the entire path is now enclosed in a long gallery.

Upon reaching the top of Marwah, believers face the Kaaba and walk down from the hill.

After completing the Sa’ey, male believers will either completely shave or cut short their hair. Women usually cut a lock of hair or have their hair trimmed a little.

4. The Rites of Hajj

Believers must once again assume the state of Ihram, and wear the proper attire.

This time, they will head towards the tent city of Mina, with thousands of white air-conditioned tents for pilgrims.

Men and women stay in separate tents, adjacent to each other. Although husbands and wives may interact, men may not enter women’s tents.

As the first day here does not have any rituals, believers can interact and conduct prayers of their choice.

The next day, everyone will head to Mount Arafat, a nearby mountain, to perform ‘Waquf’ by afternoon.

Pilgrims then hold a vigil on a plain of Arafat, from noon till the sun sets completely, praying and reflecting about their lives, futures, and places in the world.

They’ll also listen to sermons preached on the Jabah al-Rahmah (Mount of Peace) where Prophet Muhammad is believed to have preached his last sermon.

Once the sun has set, pilgrims head to Muzdalifah between Mina and Arafat.

Evening prayers known as Mahghrib will be offered, as they spend the night sleeping on the ground beneath the open sky.

The next morning, everyone will gather pebbles and rocks to use for the ‘Devil Stoning’ ceremony later in the day.

Before sunrise, pilgrims travel back to Mina to participate in the Ramy ceremony — which symbolises the ‘stoning of the devil’.

As the ceremony is crowded with a tense atmosphere, trampling deaths have occurred during this part of the ritual.

Elderly, sick and injured pilgrims are discouraged from taking part in this. They can get a friend to carry it out in their place.

After the Ramy ceremony, pilgrims offer an animal sacrifice.

In modern times, sacrifice vouchers are purchased to symbolise that an animal was sacrificed in your name.

A lamb will be slain for each pilgrim, with the meat packaged and shipped to feed the poor in Muslim communities around the world.

Pilgrims must also undergo a ritual haircut, similar to the one done after Sa’ey.

Tawaf and Sa’ey must be performed again. After which pilgrims return to the city of Mina to spend a night in prayer.

Ramy is repeated after the sunsets on the 4th and 5th days.

And the stoning ritual commences again, but believers can return home on the 5th day.

Upon returning to Mecca, believers perform the ‘Farewell Tawaf’, which means to walk around the Kaaba 7 more times.

After completing the Hajj, many Muslims visit Medina, the 2nd holiest city in Islam.

However, foreigners are required to leave Saudi Arabia by the 1st month of the Islamic calendar.

Now that we’ve learnt what the Hajj entails for our Muslim friends, we can appreciate Hari Raya Haji celebrations even more.

Do share this with your friends as we enjoy our public holiday.