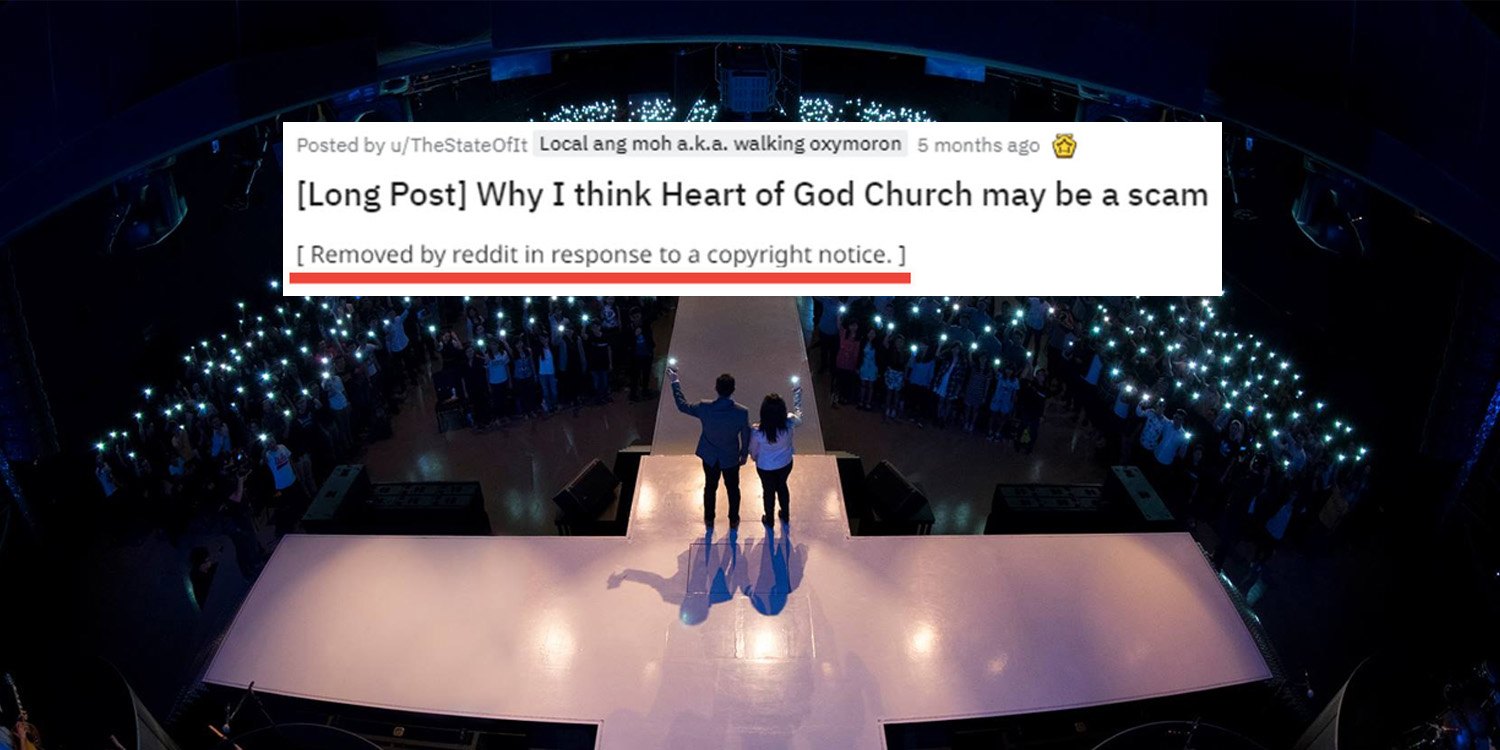 If you thought the City Harvest Church (CHC) drama was the last of its kind, there might be another one in the works.

A Reddit post from 24 May 2018 detailing a former attendee’s bad experiences at Heart of God Church (HOGC) had gained online traction.

Nearly 5 months later on Sunday (21 Oct), original poster u/TheStateOfIt went on Reddit again to claim that the post was removed against his will.

Wait till you read the Redditor’s experience. The story gets a bit lengthy, so we’ll try to give you the gist of it.

Contacted by a random Russian Redditor

The Redditor allegedly received messages from another Redditor, u/ChegevaRRa, who asked that he remove the post.

As if that request wasn’t strange enough, the explanation for it was even more baffling.

u/ChegevaRRa first recounted how he failed to convince people that the church in his country, Russia, was corrupted.

He reasoned that talking about the church would make it more popular.

Although he felt that the Russian redditor’s reasoning was fair, u/TheStateOfIt insisted on keeping the post to raise awareness on the issue.

Mysterious Redditor had alleged links to the BBC

This was where the exchange took a fishy turn.

After being rejected, the ‘Russian’ tried a different way to get the post deleted.

Praising his enthusiasm and language, u/ChegevaRRa asked if u/TheStateOfIt wanted to transfer his story from Reddit to a mass media website.

Next, u/ChegevaRRa’s contact at the British Broadcasting Company (BBC) sent an email to u/TheStateOfIt. Of course, he found that several things about this exchange still seemed off.

u/TheStateOfIt pointed out some flaws in the email:

To complicate matters, this ‘BBC reporter’ apparently needed him to delete his post for unspecified copyright reasons.

u/TheStateOfIt had a lot to say in response to the email, so he called the ‘Russian’ out for his rookie mistakes. Communication between the two appeared to have ceased after the Russian was called out.

But needless to say, this exchange was all shades of shady.

Now, let’s dive right back into the timeline.

The original post had gone online in May, but the mysterious Russian reached out to the OP in early October.

2 weeks after the shady exchange, the original post was removed by Reddit because it reportedly infringed copyright rules.

But that doesn’t really make sense.

Also, since u/ChegevaRRa had contacted u/TheStateOfIt shortly before the removal, the timing of the incident was also highly suspect.

We don’t blame u/TheStateOfIt for suspecting that u/ChegevaRRa filed the copyright infringement complaint against his post.

But we appreciate that the OP has asked netizens not to hunt u/ChegevaRRa down and leak his personal information.

What’s really bugging us is how u/ChegevaRRa’s Reddit profile shows no signs of activity post-incident.

It’s almost as if this entire affair had never happened at all.

Are you game to solve this mind-boggling Reddit mystery?

Featured image from Reddit and Heart of God Church. 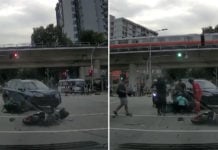